Home » World News » Settle our £400m bill and you get Nazanin, says Iran

Settle our £400m bill and you get Nazanin, says Iran 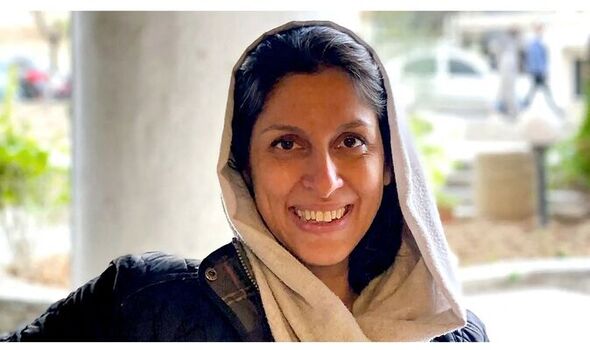 Hopes were yesterday rising for her imminent release after Iran returned her UK passport. Multiple sources have told the New Arab newsgroup that the British government has agreed to pay off an outstanding £400million debt relating to the non-delivery of a contract for Chieftain tanks in the 1970s. This will pave the way for British-Iranian Nazanin to be released, it was said.

Whitehall also refused to respond to rumours of a “strategic deal” with Iran to ease its dependence on Russian oil and gas.

British negotiators are understood to be in Tehran and Nazanin’s lawyer said he was “hopeful of good news soon”.

Nazanin, 44, was arrested at Tehran Airport in April 2016 as she prepared to fly home with her daughter Gabriella, then aged one, following a visit to her parents.

A project manager for the Thomson Reuters Foundation, she was later sentenced to five years in jail for allegedly plotting to overthrow the Iranian regime – charges she vehemently denied.

She served four years at Tehran’s Evin Prison and the last 12 months under house arrest at her parents’ home.

In April last year, she was sentenced to another 12 months confinement for allegedly “spreading propaganda”.

The second sentence has not started and she has been barred from leaving Iran.

Her husband Richard Ratcliffe and Gabriella are waiting anxiously at their home in Hampstead, north London.

Asked about her possible release, Boris Johnson said he did not “want to tempt fate” as “delicate discussions” were ongoing.

The Prime Minister added: said: “I think that it’s very important when you have got quite delicate discussions going on, you should say as little as possible unless and until the thing is actually concluded.

“Everybody wants Nazanin home, we have been working on that for a long, long time. I do not want to do anything to interrupt the conversations right now.”

Tulip Siddiq, Labour MP for Hampstead and Kilburn, said yesterday: “I am very pleased to say that Nazanin Zaghari-Ratcliffe has been given her British passport back.

“She is still at her family home in Tehran. I also understand that there is a British negotiating team in Tehran right now.

“I will keep posting updates as I get them.” Nazanin’s lawyer

Hojjat Kermani said: “I am hopeful that we will have good news soon.”

She said her daughter-in-law “seemed really quite upbeat”.

But crushing disappointments in the past have left the family “all a bit battle-scarred”, she added.

Rupert Skilbeck, director of the Redress human rights organisation, said: “The latest indications coming from Iran are a positive sign, but there have been false dawns in Nazanin’s case before.

“So we remain cautious and continue to encourage the UK Government to do the right thing and ensure the debt it owes to Iran is paid, and that it does everything in its power to secure Nazanin’s release.”

The “debt” relates to a cancelled order for 1,500 Chieftain tanks dating back to the 1970s.

Foreign Secretary Liz Truss said in December that the £400million is a “legitimate debt” that the Government wants to pay.

A Foreign Office spokesman said: “We continue to explore options to resolve this case and will not comment further as dis- cussions are ongoing.”