Shaming over lunch debt can have negative impacts on students’ psyches: Experts

Student lunch debt and the solutions school districts come up with to alleviate the overdue tabs may have a negative impact on students and their well-being, experts tell ABC News.

Escalating school meal debt has been a hot topic in recent weeks.

Earlier this month, Warwick Public Schools in Rhode Island reversed its decision to give students with outstanding lunch balances “sun butter and jelly” sandwiches after the announcement caused nationwide outrage. While some defended the practice, saying that the sandwich, which was also to be accompanied with vegetables, fruit and milk, was healthier than other options, hundreds of people took to social media to point out the stigma that come with the free lunch.

In New Hampshire, a cafeteria worker was fired after she let a student have a lunch without paying, and in Minnesota, one high school attempted to bar seniors from graduating if they still had lunch debt. In 2016, an elementary school in Alabama would stamp students’ arms with the phrase “I need lunch money” if their balance was running low. 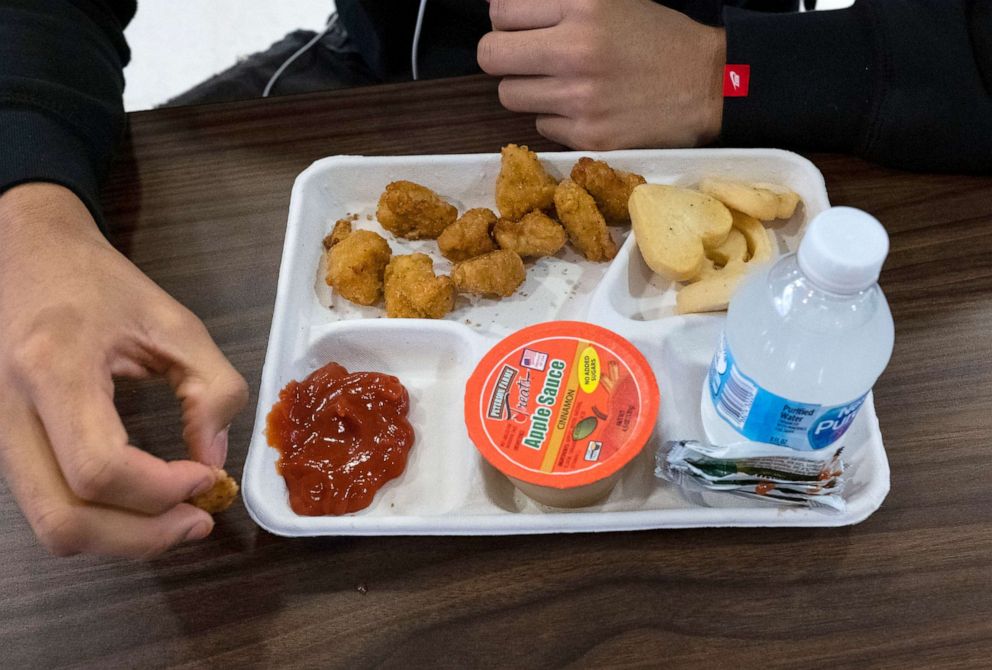 This kind of practice can cause embarrassment and shame, according to the experts

For healthy students, meaning those who are not food insecure and lack reliable access to food, being given a different lunch due to meal debt can bring anxiety and depression, as well as fuel anger and cause the student to be school avoidant, said Dr. Colette Poole-Boykin, a child psychiatrist fellow with the Yale Child Study Center and a contributor to the ABC News Medical Unit.

For children whose parents forget to give them lunch money for prolonged periods, they feel overlooked, which is already a situation that can cause them to be distressed, Poole-Boykin said.

Because children are also aware of the society’s haves and the have nots, lacking lunch money could also make them feel as if they are being excluded from their peer population, she added.

“It doesn’t create a good psychosocial environment for the children at all,” she said.

The cold sandwich as an alternative is a definition of powerlessness, and kids “judge each other by how they look or what they have,” Rebecca Rialon Berry, a child psychologist at the Child Study Center at NYU Langone Health, told ABC News.

“If other kids in the school are noticing and getting that sandwich as a definition of powerlessness, so to say, that’s what could impact the child,” Berry said.

And for children who are food insecure, they are already less resilient, more sickly and have decreased concentration, according to Poole-Boykin. They are likely unable to express complex emotions, and adding the stigma of lunch debt exacerbates the problem, she said.

“Embarrassment and shame can make their plight worse,” Poole-Boykin said. 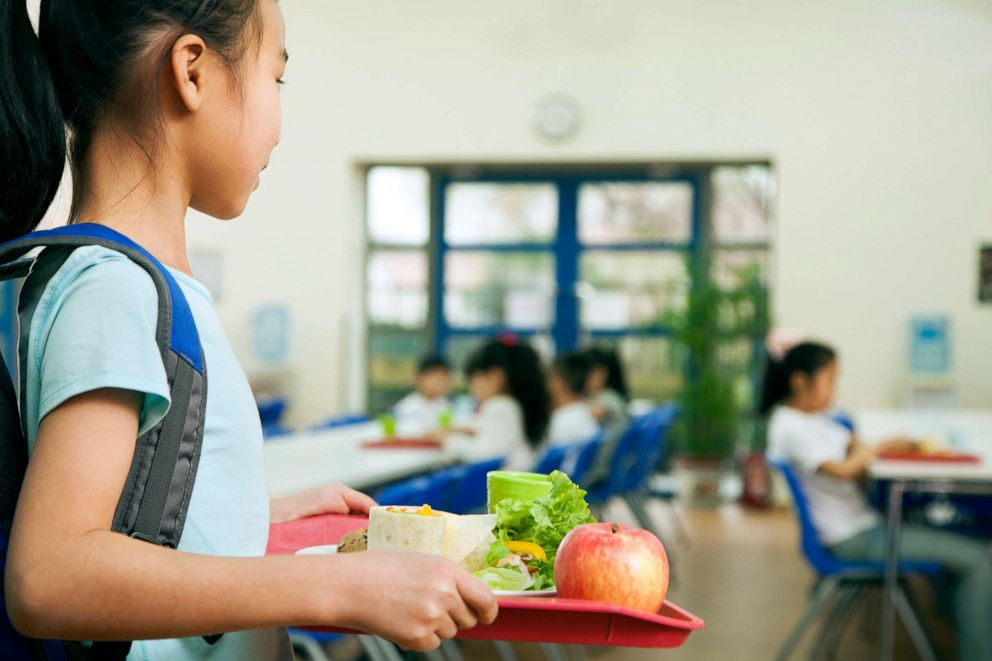 Schools should leave students out of their proposed solutions, experts say

The manner in which the meal shaming occurs, and how publicly, makes a difference as well, Berry said.
Cafeteria settings are public forums, and giving a student an alternative lunch is essentially saying, “Sorry, you don’t have any money. You can’t pay,” Berry said.

This could cause the child to internalize the shame and say to him or herself, “‘Hey, there’s something different about me. I don’t have that much,'” Berry added.

Berry believes schools should leave children out of any financial matters because it is outside of their hands.

“It puts them, essentially, in a very adult position when they don’t have the resources at that point to fend for themselves,” she said.

Berry recommends that school administrators work with parents well in advance, and suggests a dedicated communication channel between lunch staff and families.

“If the child is having to make reparations for the lunch that they didn’t know they didn’t have money for, that doesn’t promote self-esteem,” Berry said. That could cause the kid to say to him or herself, “I didn’t do something right, and yet it’s out of my control,” leaving them with a sense of confusion and helplessness.

More than 75% of school districts reported having unpaid student meal debt at the end of the 2016-2017 school year, according to a 2018 report by the School Nutrition Association, which surveyed 1,550 districts nationwide.

The U.S. Department of Agriculture began requiring schools to implement policies to collect debt for unpaid meals at the start of the 2017-2018 school year. Although the USDA spends about $22 billion on child nutrition programs, it prohibits schools from allocating those funds to pay for the debt.

SNA believes the government should provide free meals to all students.

Several states, including Pennsylvania, Washington, Oregon, Kansas and Colorado, have passed legislation preventing schools from shaming students who owe meal debt, which has caused many districts to struggle with escalating debt, according to SNA. 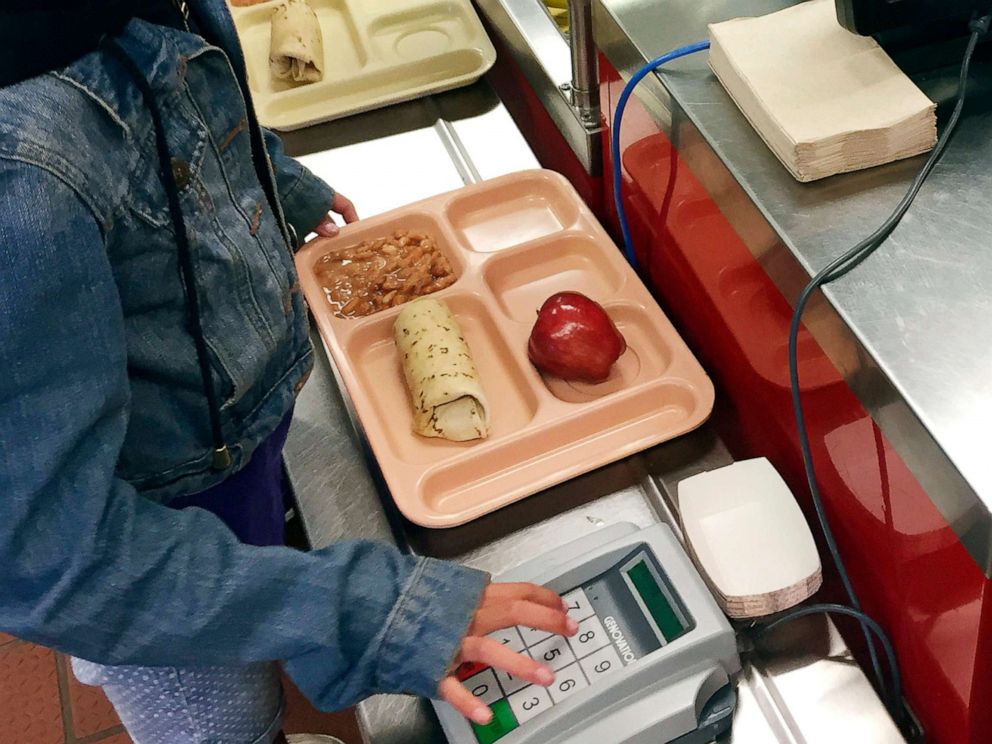 Students, parents have taken the matter into their own hands

Communities have begun to offer a helping hand to school districts mired in unpaid meal debt.

In January, a Colorado mother paid off more than $232,000 in school meal debt after asking her Facebook friends to swap their $4 coffees for a day and donate it to the school district’s lunch program.

Valerie Castile, the mother of Philando Castile, the St. Paul, Minnesota, cafeteria supervisor killed by a police officer in 2016, regularly donates money to wipe out lunch debt in Minnesota schools to continue her son’s legacy.

And two sisters in North Carolina have been running lemonade stands to pay off thousands of dollars of meal debts to schools in their community.

Families can apply for free or reduced lunches

Families at or below 130% of the federal poverty level, which was $32,630 in during the 2018-2019 school year, are eligible to apply for free lunches, and those with incomes between 130% and 185% of the poverty level, which was $46,435 this year, are eligible for reduced price meals. Reduced meal prices come out to about 30 cents for breakfast and 40 cents for lunch, according to SNA.

A total of 20.2 million free lunches and 1.8 million reduced price lunches are served as part of the National School Lunch Program every day, according to the USDA.

The average prices for paid meals during the 2016-2017 school year for elementary school students were $1.46 for breakfast and $2.48 for lunch, but school meals vary widely across the country, and prices are set by local school districts, according to SNA.

About 7.7 million full price meals are served daily, according to the USDA.