Shane Wall pays tribute to those who searched for ‘beautiful, caring’ son

The father of teenager William Wall, whose body was discovered in the Yarra Valley on Wednesday, has paid tribute to the dozens of people who searched for his son and rallied around his family.

Shane Wall, described his son as “beautiful and caring” after he was found dead in Yarra Junction about a kilometre from his home in Launching Place. 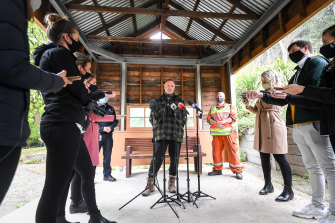 Shane Wall talking to the media on Wednesday. Credit:Justin McManus

William had left his home about 6.45am on Tuesday, telling his family he was going for a jog.

Mr Wall posted an emotional message on Facebook on Thursday.

“I wish I had better news regarding our beautiful and caring son and brother William Wall unfortunately he is no longer with us,” he wrote.

“We don’t know how to begin to thank everyone who searched and supported us in the last 48 hours, the list is endless. 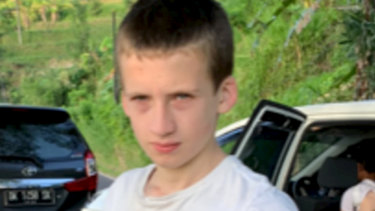 “We are so fortunate to live in an amazing and supportive community.”

More than 100 people were involved in the search for the autistic teenager, including police officers, SES volunteers and locals.

There were tensions among some residents after police told them they were not required in the search due to coronavirus restrictions.

Police later said their position had nothing to do with COVID-19 and they had enough resources to search the area.

Mr Wall said William’s two older brothers and friends were out all Tuesday night scouring the area for the missing teenager.

He had said the disappearance was out of character for William.