Sheet of handwritten lyrics by Sex Pistols sells for more than £50,000

Sheet of handwritten lyrics by Sex Pistols frontman John Lydon for punk band’s hit singles Holidays In The Sun and Submission sells for more than £50,000

A sheet of handwritten lyrics by Sex Pistols frontman John Lydon has sold at auction for over £50,000 in a special sale of memorabilia.

The page features original working lyrics from to two of the infamous punk band’s hit singles, Holidays In The Sun and Submission.

They are believed to have been penned by Lydon, known as Johnny Rotten, in 1977.

The lyrics were part of a private collection of artwork, posters and documents which were sold at Sotheby’s auction house on October 21 for a total of £354,567. 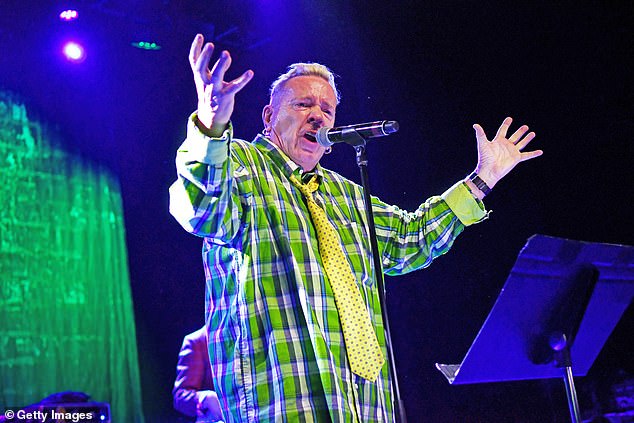 A sheet of lyrics from the Sex Pistols’ frontman John Lydon (pictured) sold for £50,000 at auction 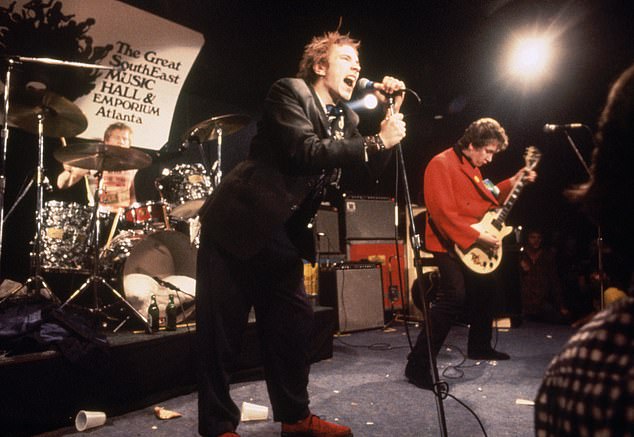 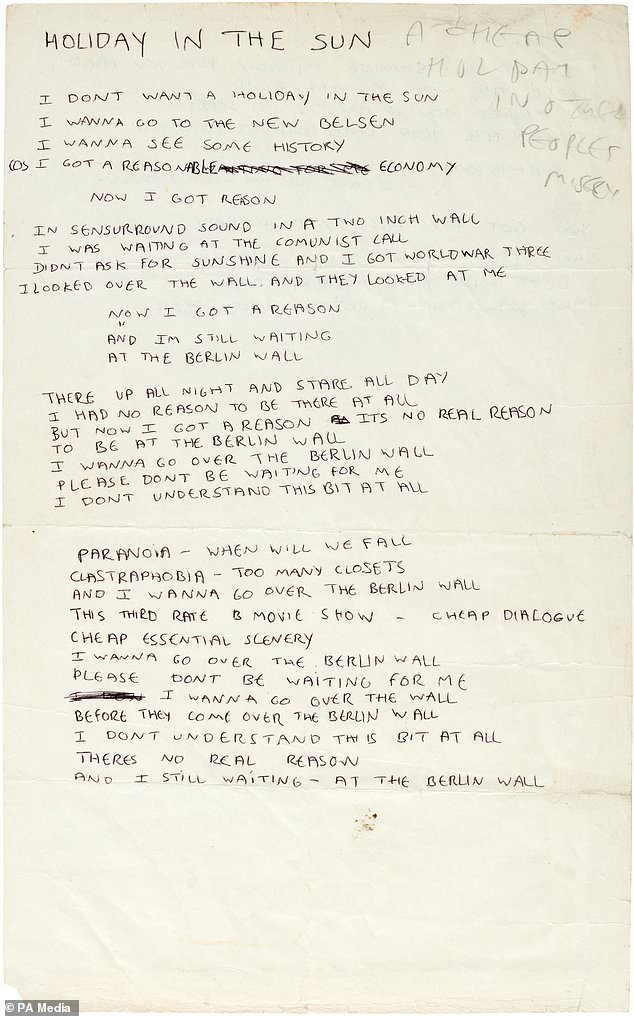 John Lydon´s lyrics for Holidays In The Sun (pictured) and Submission had previously been estimated at between £15,000 to £20,000

Another sheet of working manuscript of lyrics to No Feelings by Lydon sold for £44,100.

The collection was assembled during the 1990s by contemporary art dealer Paul Stolper and critic Andrew Wilson, who was formerly the senior curator of modern British art at the Tate.

It highlights how the influential punk band, fronted by Lydon, led a revolution in popular music and culture in the 1970s alongside manager Malcolm McLaren. 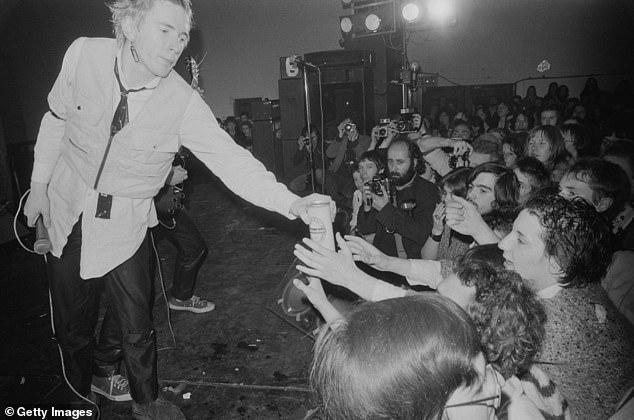 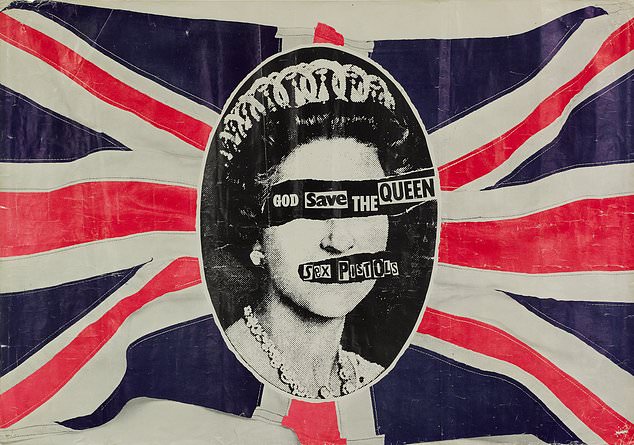 Jamie Reid´s God Save The Queen poster, owned by the late Sid Vicious, sold for £44,100

The Stolper/Wilson collection went to auction in London from October 10 to 21 after being exhibited at locations around the world including the Villa Medici in Rome, the Musee De La Musique in Paris and the Kunsthalle Vienna.

The collection also featured the work of artist Jamie Reid, who McLaren met at Croydon School of Art in 1968 and designed the band’s logo and their instantly recognisable cover art.

Reid’s God Save The Queen poster, owned by the late Sid Vicious, also secured a hefty sale price of £44,100. 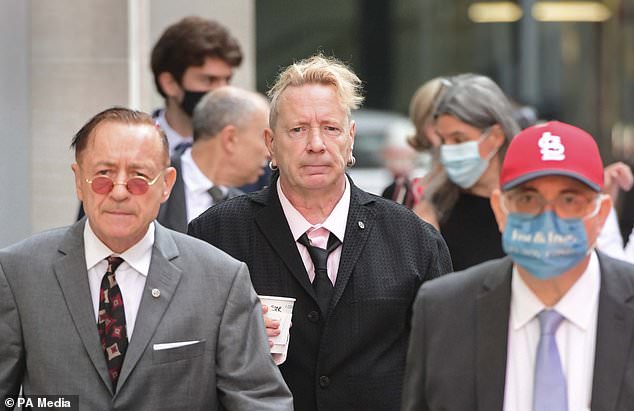 The Sex Pistols, fronted by Lydon, centre, led a revolution in popular music and culture in the 1970s

His torn Union flag for the band’s first single Anarchy In The UK in 1976, held together by bulldog clips and the official Silver Jubilee portrait photograph of the Queen ‘desecrated’ in 1977 by a safety pin through the mouth and featuring ransom lettering reading God Save The Queen, were also included in the sale.

The story of the Sex Pistols’ high-octane and often tumultuous history was documented in the recent Disney+ drama Pistol, directed by Danny Boyle.

Last year, members of the band became embroiled in a High Court legal battle after guitarist Steve Jones and drummer Paul Cook sued Lydon, to allow their music to be used in the series.

In a ruling, Sir Anthony Mann found the pair were entitled to invoke ‘majority voting rules’ against Lydon in relation to the use of Sex Pistols material in the series, under the terms of a band member agreement.