A DRUNK mother tipped over a pram with her newborn baby inside while trying to push it up a VERT RAMP at a skate park.

The moment was filmed by teenagers who witnessed the horrific episode in the town of Yefremov in western Russia on Monday. 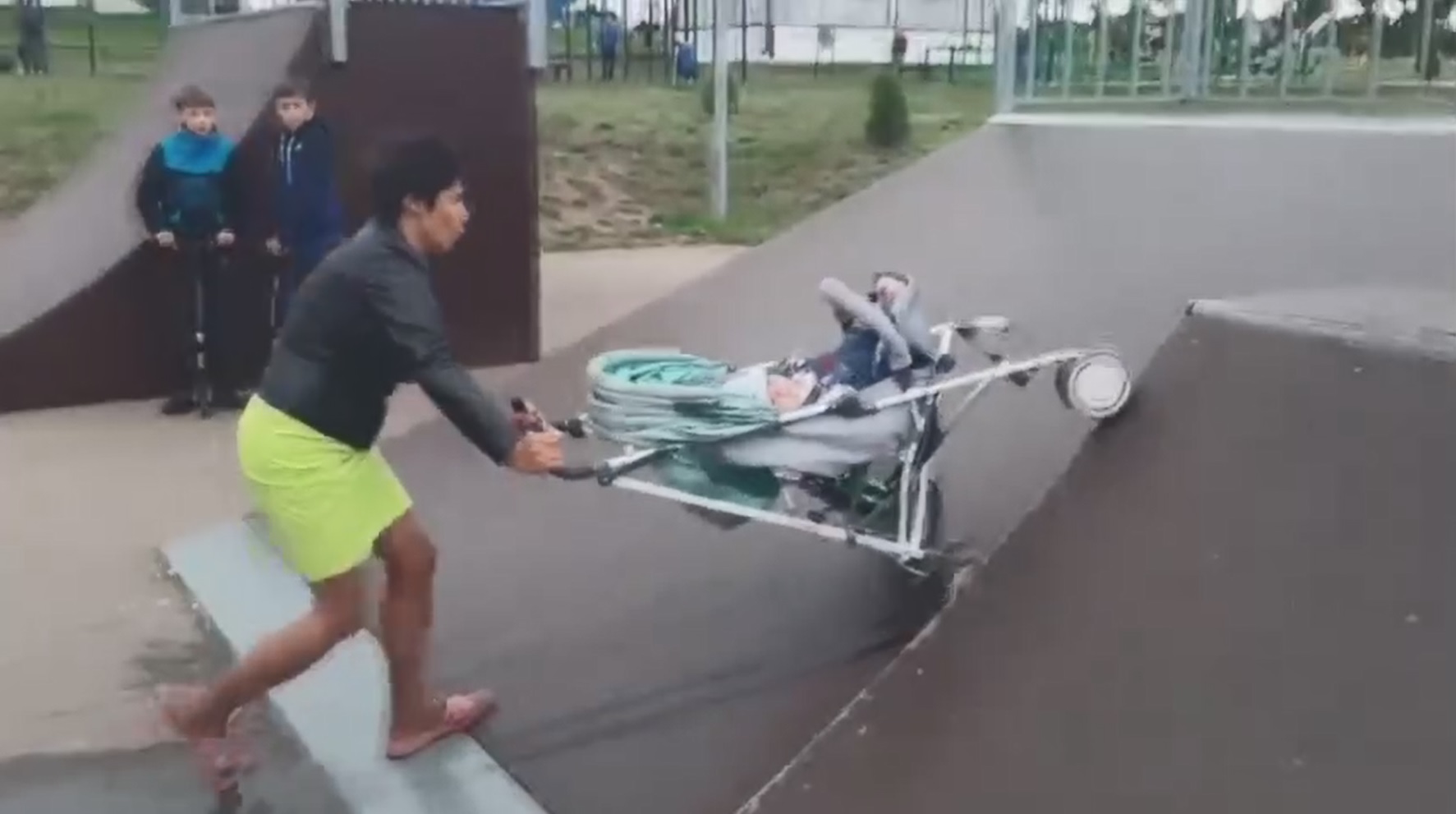 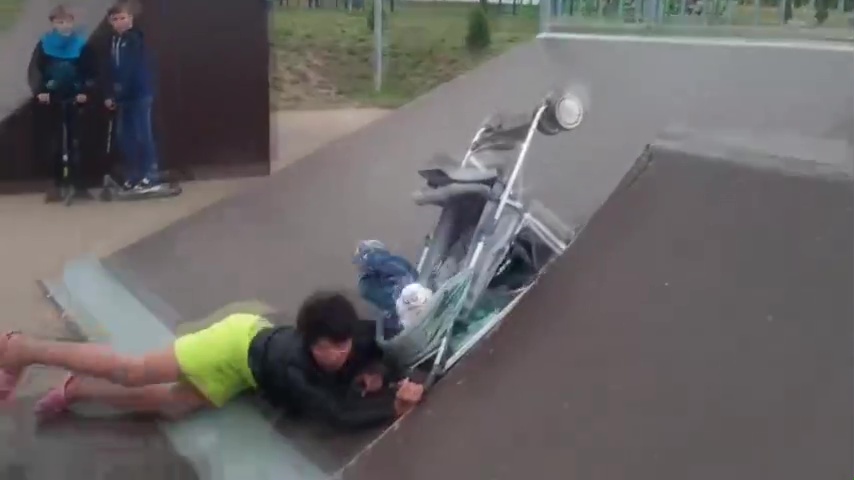 The clip shows the mother, dressed in a short yellow skirt, sprinting forward while pushing a pram with her baby inside.

When she reaches a vert ramp she does her best to make the pram go up the structure – but in her state managed to overturn the carriage instead.

But failure seemed to not be an option as she went in for a second attempt and tried harder.

However, the woman succeeds in rolling the stroller up the ramp but then collapses on to the structure. 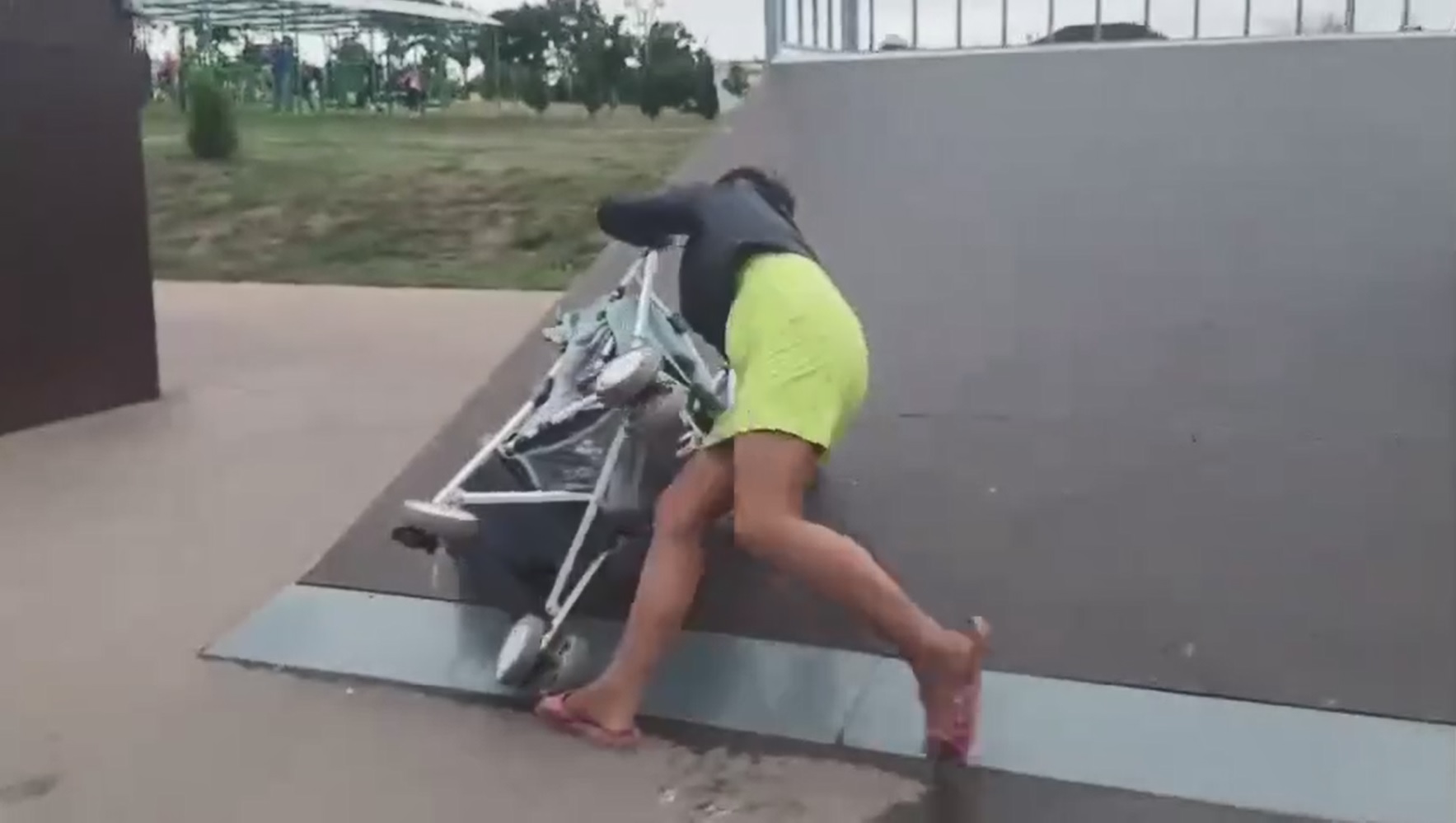 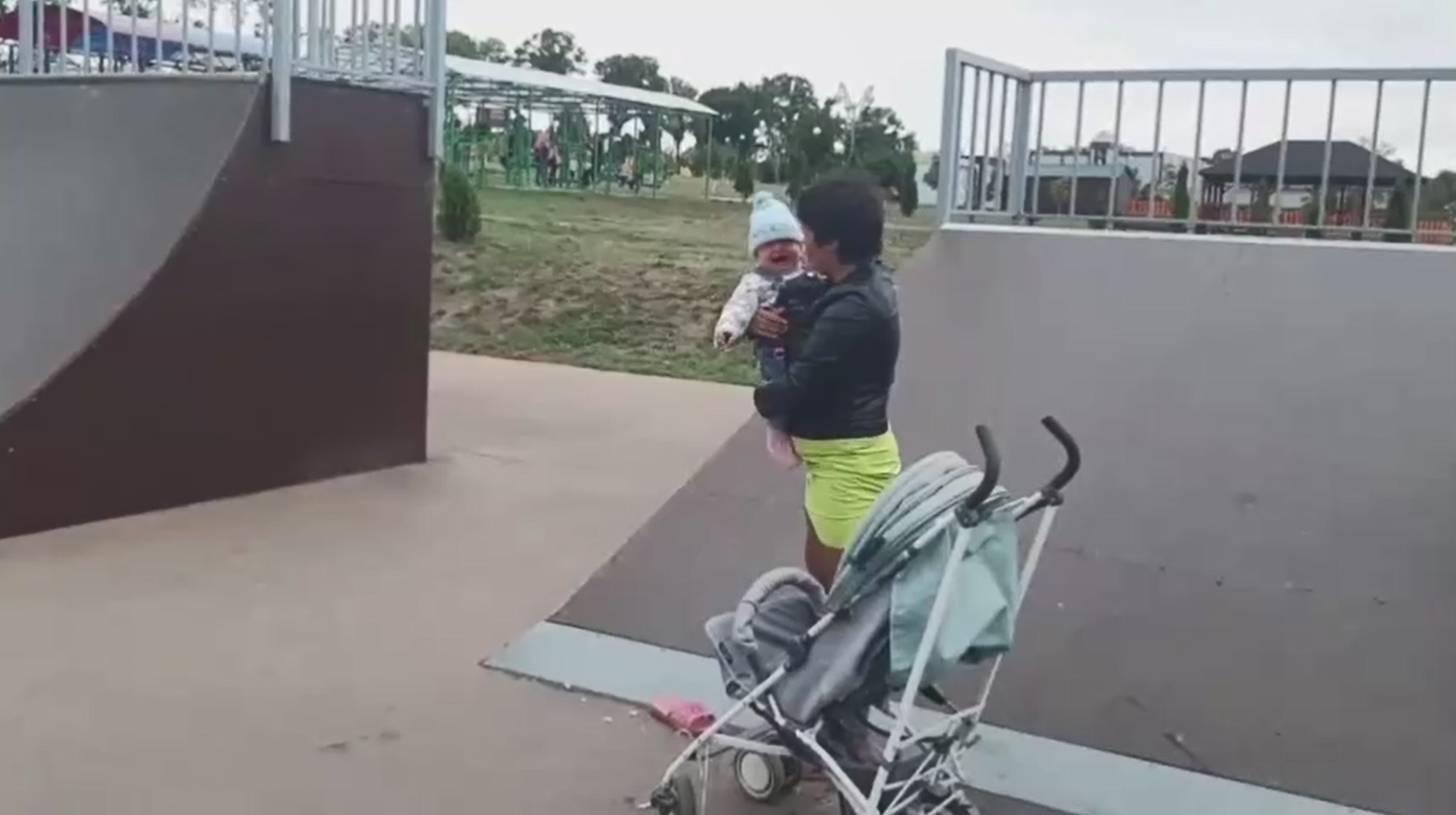 She can be seen dragging the pram along before toppling it over, causing the tot to fall out.

In the video, the sound of shocked witnesses can be heard, with the cameraman saying: “I hope she will be stripped of parental rights after I post this video online.”

After getting back to her feet, the woman started shouting at onlookers before being led away by an unknown man.

Speaking to local media, a witness said of the shocking incident: “After she fell for the second time, we tried to take the crying baby away from her.

“She refused to hand the child to us and started a quarrel Then a man approached and led her out of the skate park.”

Police have launched an investigation into the incident after the video emerged online.

Officials are yet to comment on the condition of the young tot following the incident.