SHOCKING footage shows the moment a man receiving oral sex on a street from a scantily-clad woman is robbed by her apparent accomplice.

The incident, captured on a nearby security camera, occurred in the city of La Plata in eastern Argentina at around 7am on Saturday. 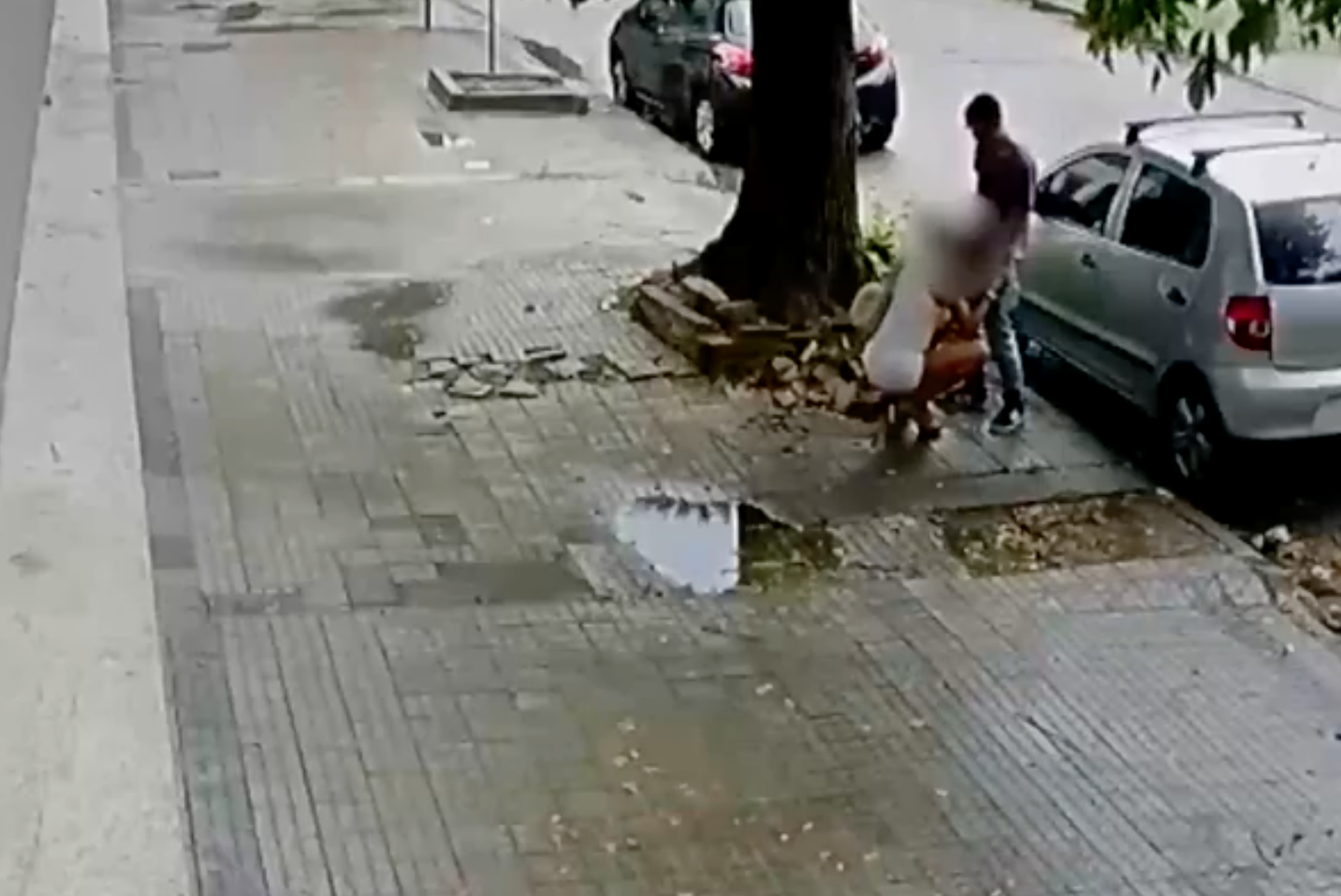 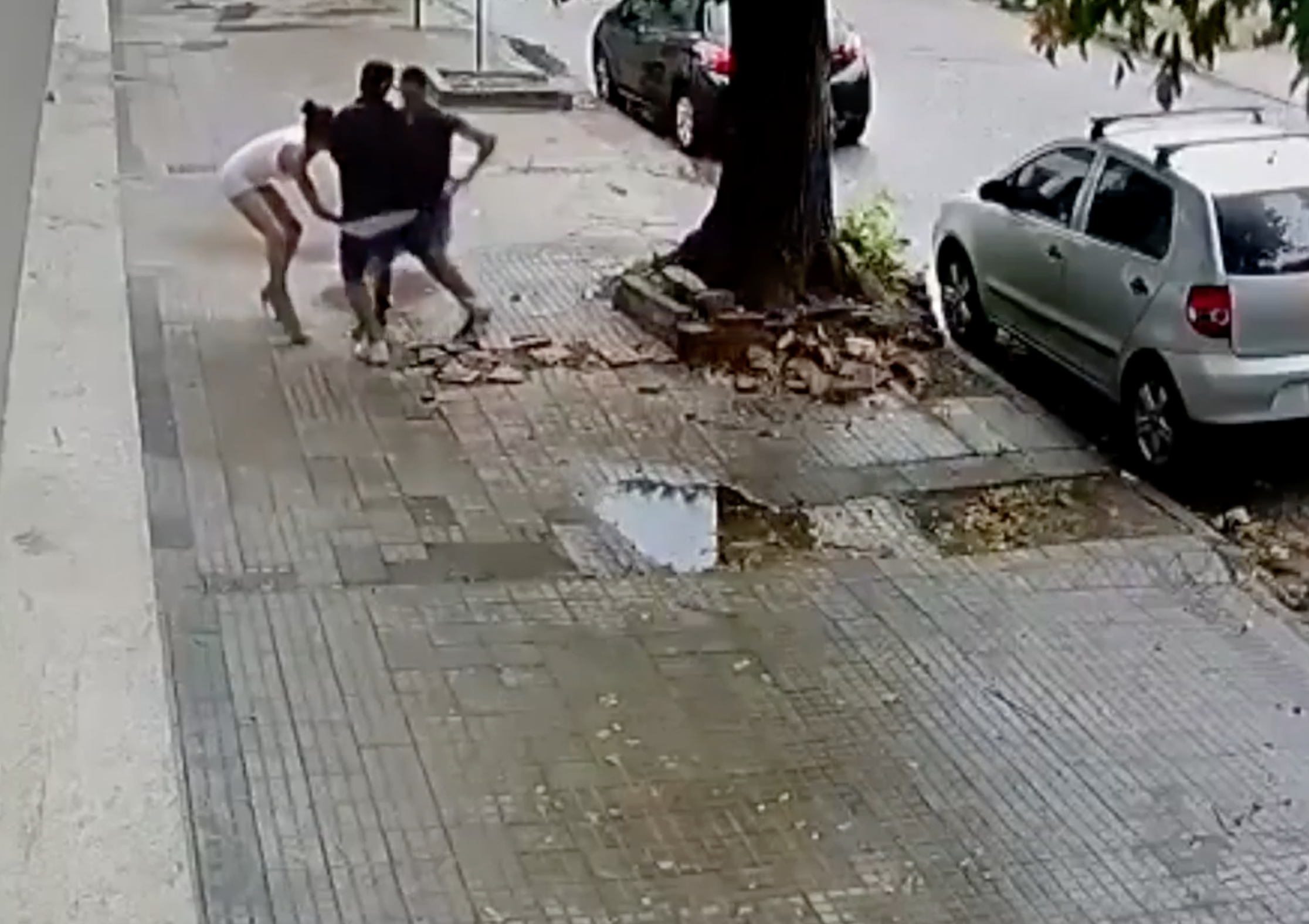 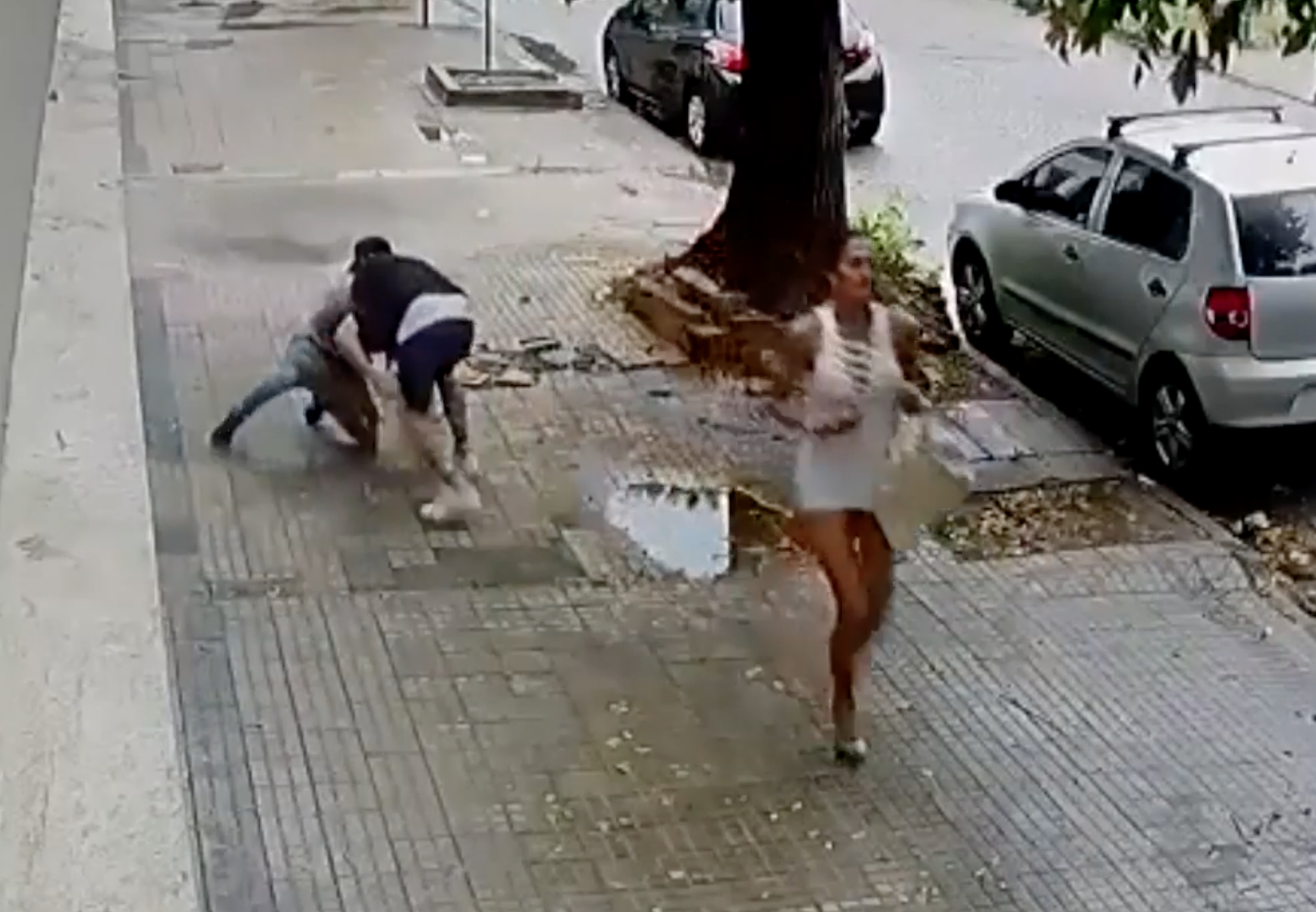 The opening of the video shows the woman in a tight-fitting white dress performing the act on the man behind a car on a deserted street.

A large man wearing a baseball cap approaches the pair from behind and begins to grab at the man's pockets.

The woman then stands up and appears to join in as the first man tries to hold his trousers and move away from them.

The second man then begins kicking at his legs and pushing him to the ground.

As he falls, the woman appears to succeed in pulling his phone from his pocket and runs away down the street.

The alleged mugger holds the man on the ground as she flees before letting him to his feet.

The first man is able to stand and squares up to the alleged mugger before beginning to shout at him.

The alleged mugger then stops his from pursuing woman before casually walking away.

The man picks his glasses up from the floor and runs off down the street.

The pair were reportedly able to steal the man's wallet and mobile phone.

Local media report the video was shared by a local resident who was fed up of seeing similar incidents in the neighbourhood.

The resident, whose name has not been reported, said he had asked the authorities to do more to prevent prostitution and drugs in the area as locals feel “unsafe”.

It is unclear if the case is being investigated by authorities. 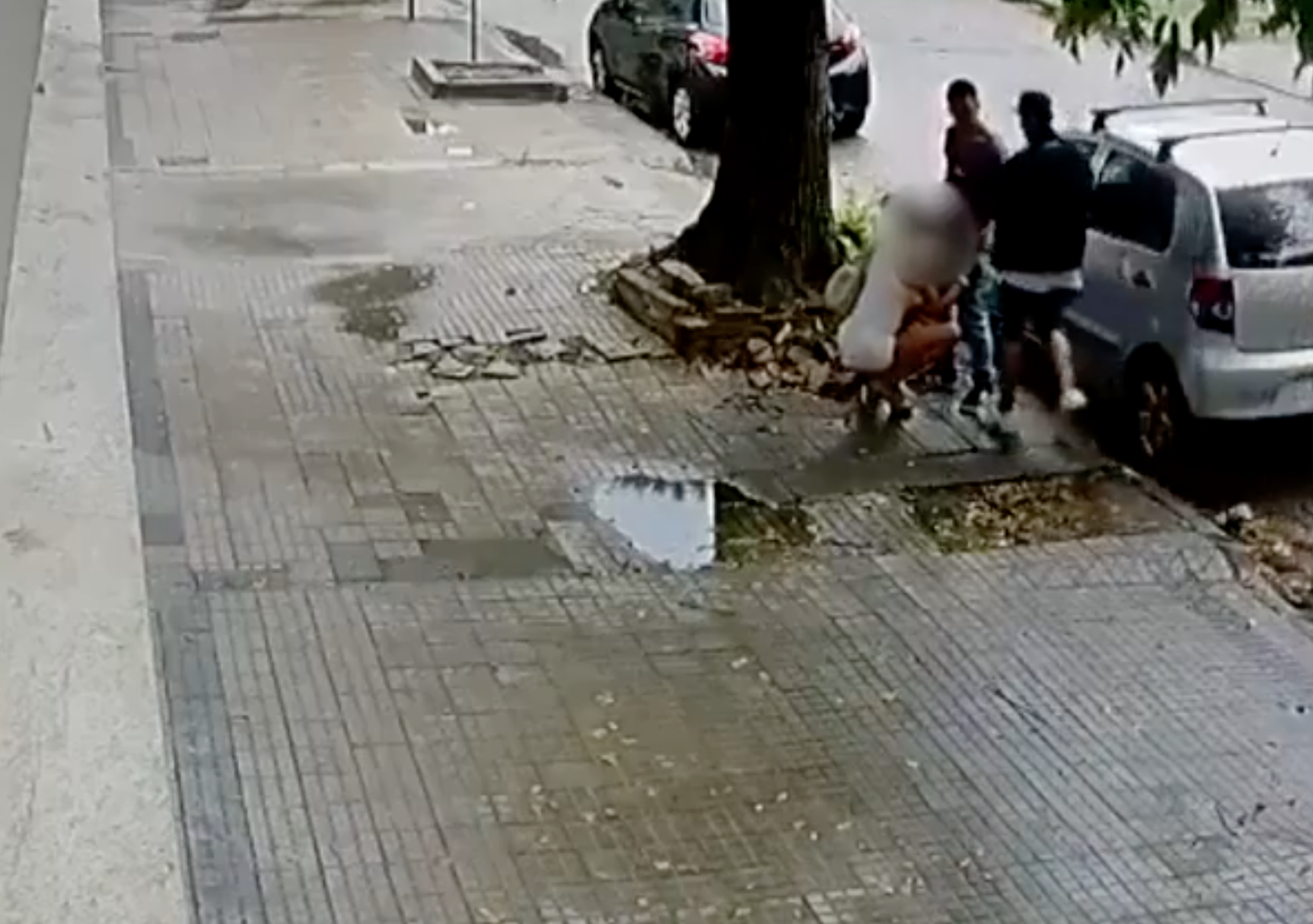 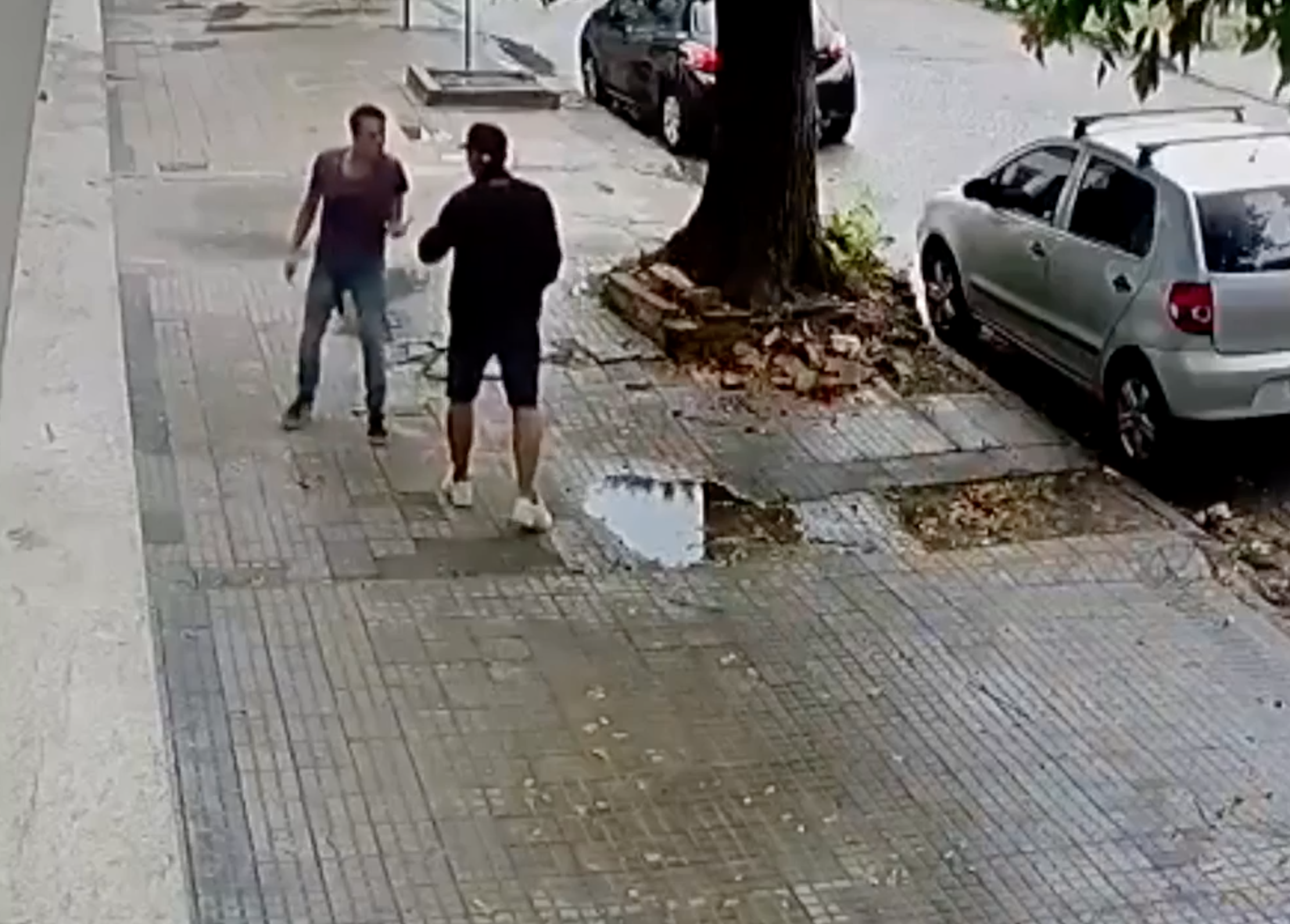 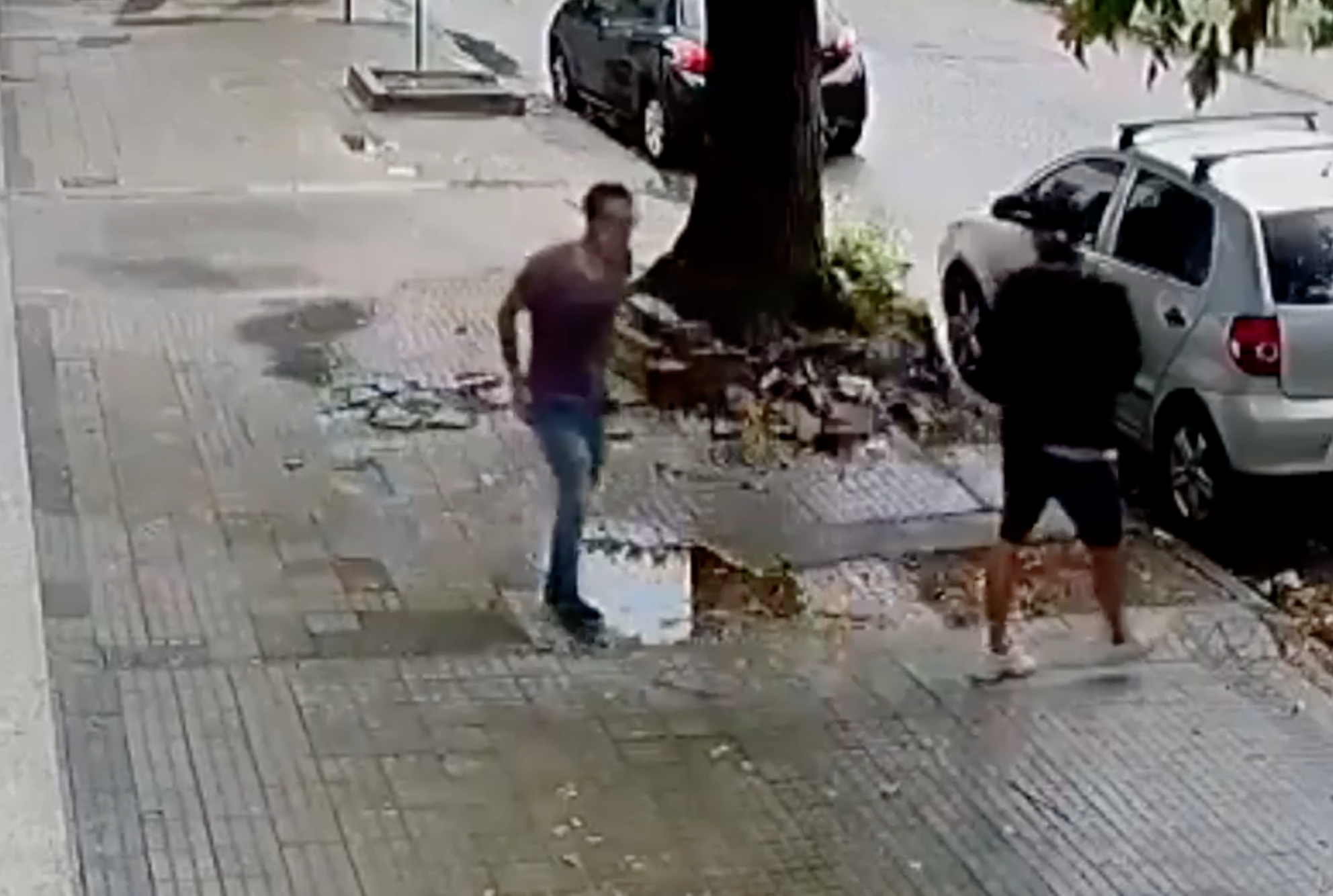