THIS is the shocking moment a domestic violence suspect sets his doorway on fire after dousing cops with petrol.

Greater Manchester Police said the 51-year-old doused himself and officers in petrol at 11pm on December 11 at a property in Farnworth, Bolton. 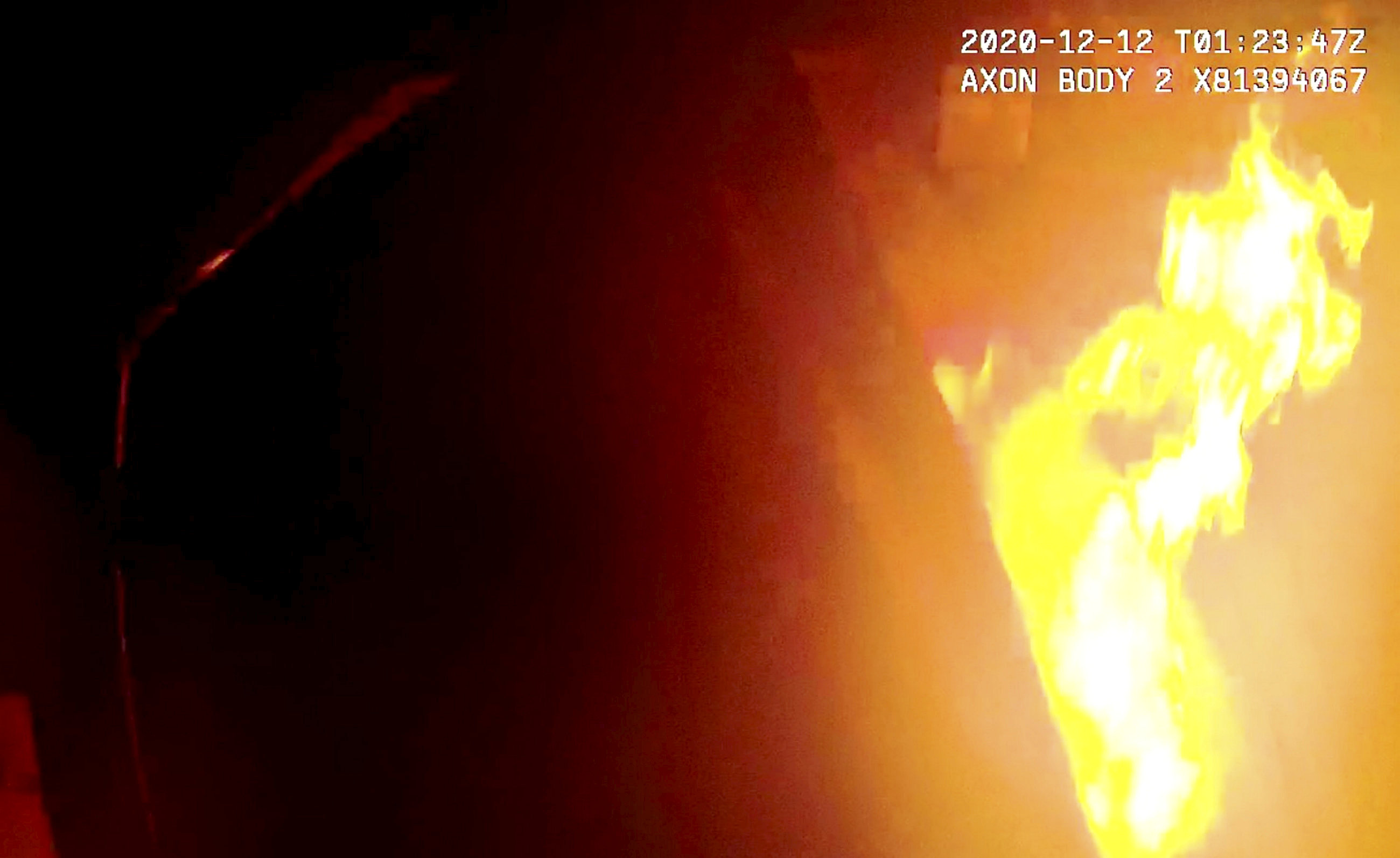 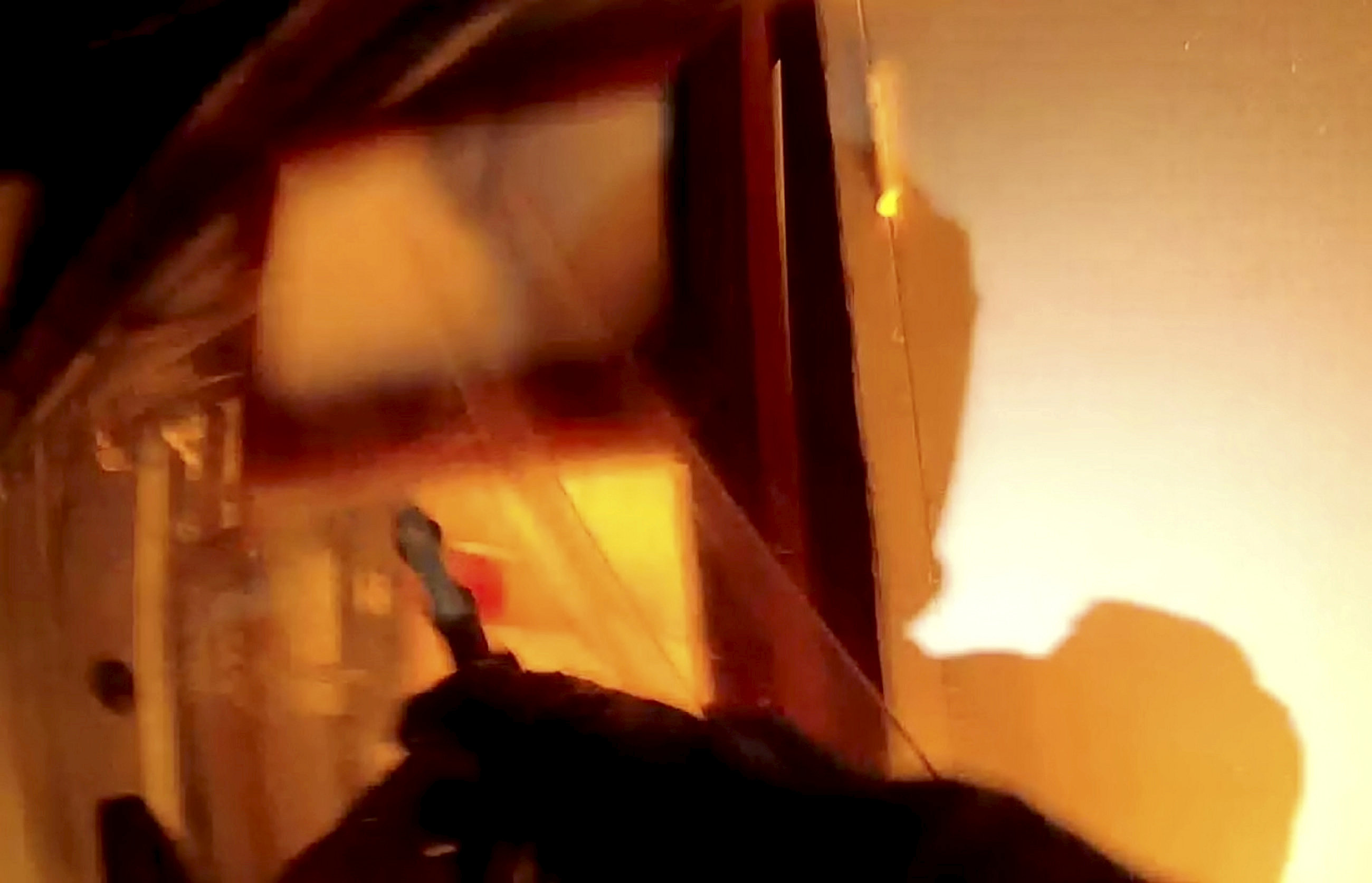 In terrifying bodycam footage officers can be heard shouting "fire, fire" as flames erupt from under the entrance.

Once they break in the suspect yells, violently struggles and attempts to barricade himself in before being restrained and arrested.

A Greater Manchester Police spokesperson said: "A 51-year-old man has been arrested following an incident in Bolton where officers were doused with petrol and a property was set alight.

"As officers attempted to detain the suspect, he resisted arrest and threw a substance believed to be petrol over officers before dousing himself in the substance and threatening to set himself on fire.

"As officers entered the property, the man continued to resist arrest and set fire to the doorway before attempting to barricade himself inside.

"The suspect was safely detained and arrested on suspicion of malicious communications, breach of a restraining order, arson with intent to endanger life and assault on an emergency services worker. "

He was detained after hospital treatment for smoke inhalation and minor injuries.

An officer who was hospitalised and treated by an eye specialist for suspected chemical burns had been discharged pending further assessment.

Assistant Chief Constable Rob Potts, of Greater Manchester Police, said: "This was a challenging situation which highlights the dangerous conditions our officers are often faced with when carrying out their duties to protect our community and those who are in need of our help.

"Every single day our officers are willing and prepared to do everything within their powers, including putting themselves in harm's way, in order to protect our most vulnerable victims, including those of domestic violence.

"I would like to commend the bravery of our officers and partners in this situation who managed to safely detain the suspect despite the challenges that were thrown in their direction.

"One of our officers was taken to hospital with chemical burn injuries, and we are lucky that those injuries were not even more severe.

"I only hope this footage that we are sharing today can give an insight to the public of the resilience and commitment of our officers to go the extra mile to protect vulnerable members of our communities." 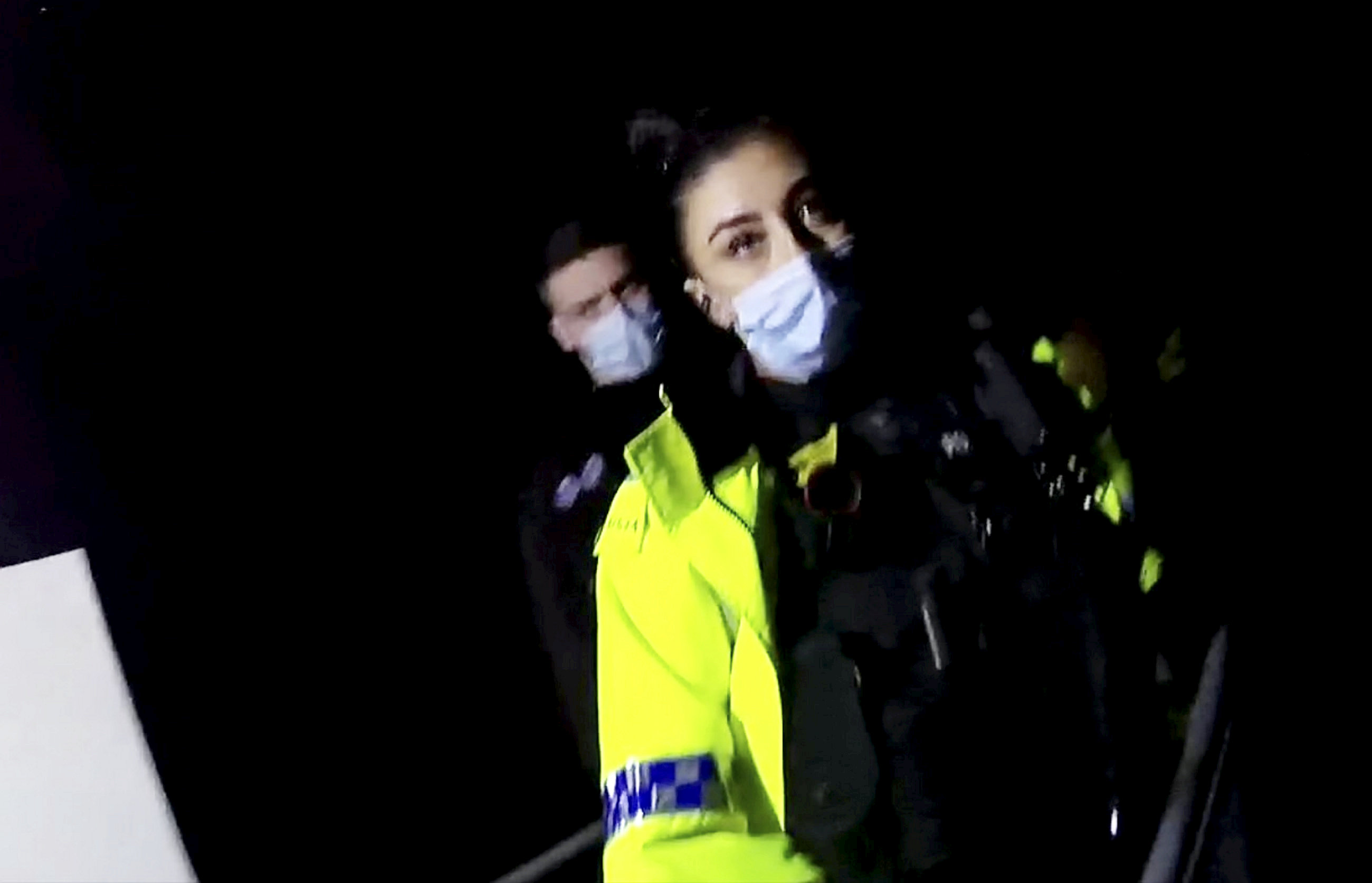