SHOCKING footage has emerged of two men armed with MACHETES slashing at each other on a suburban street – as families watch on in horror.

Cops were called to a residential road in Morecambe, Lancs, on Sunday afternoon following reports of a fight involving two men carrying knives. 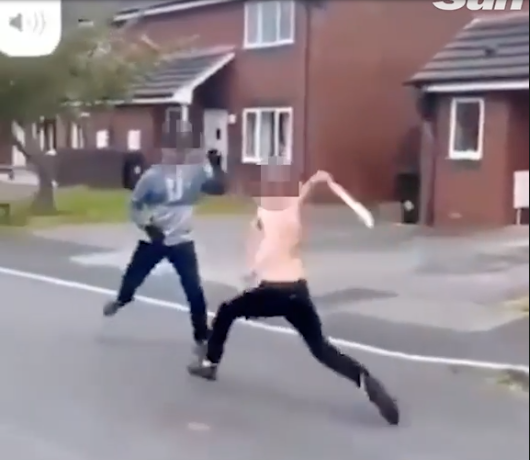 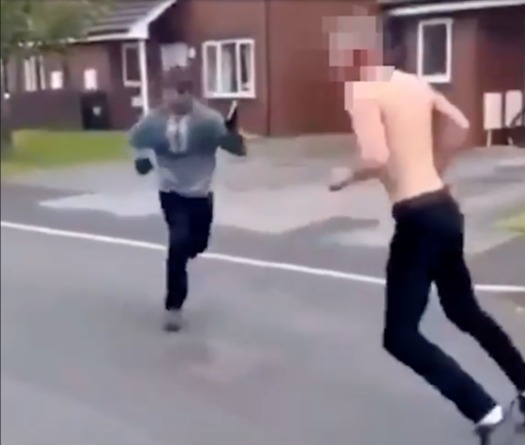 Footage shows the two bloodied men swing their weapons wildly at each other as members of the public scream at them to stop.

One of the men, who is topless, goes on to deliver a series of blows with the knife before it falls to the floor – prompting him to dart away.

He then picks up the machete and the pair begin to brawl on a driveway in the residential road.

One of the men later shared gruesome photos of his injuries – including a deep gash on his neck.

Two men, aged 31 and 26, have now been arrested on suspicion of assault in connection with the brawl, Lancashire Police confirmed. 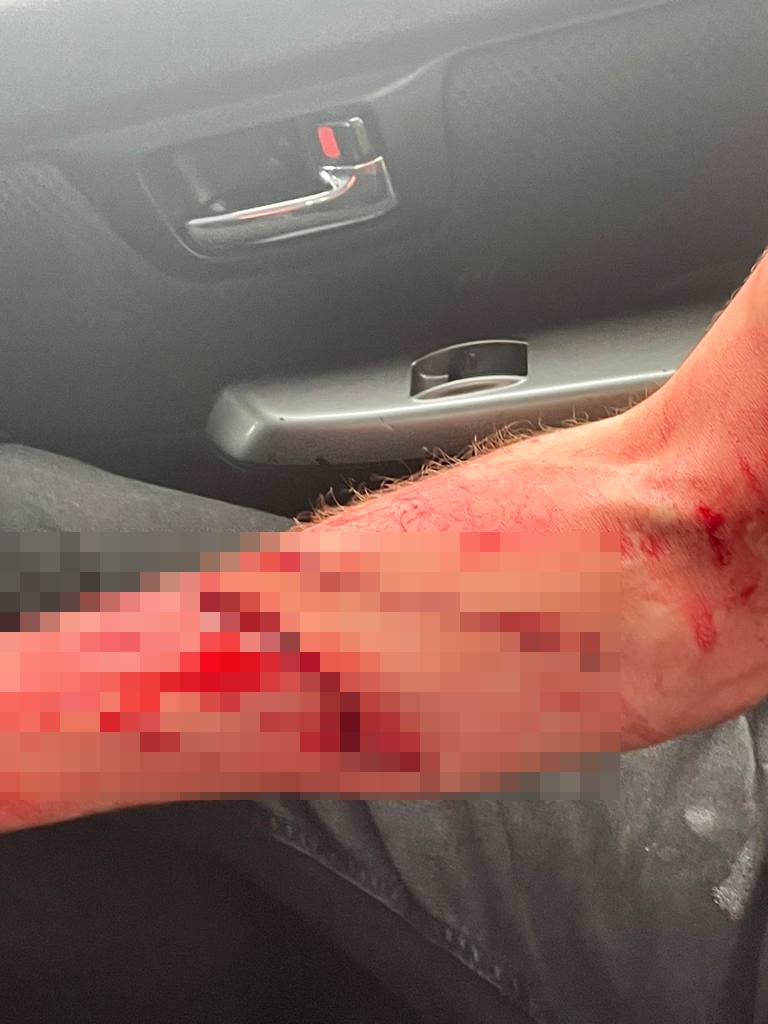 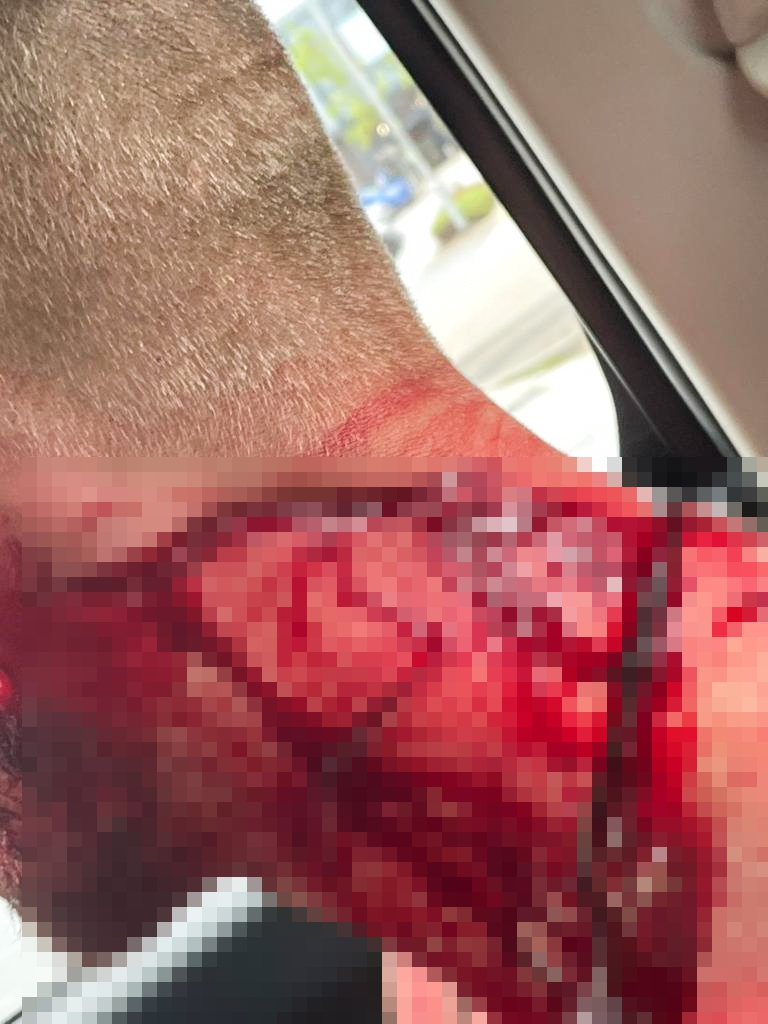 “The incident has been recorded and uploaded to social media. For evidential purposes, I would urge people not to share it further at this time.

“Two men have been arrested by police in connection with the incident, but we know more people were in the area at the time of the offence and I would encourage witnesses to contact us.”

Det Ch Insp Derry Crorken, of Blackburn Police, said: "I understand this must have been very frightening and concerning for many people who were in the park at the time and I want to reassure residents we are doing everything possible to arrest those responsible.

“This is being treated as very much an isolated incident and patrols have been increased in the area.”

Anyone with information is urged to call police on 101 quoting log 0845 of May 9.