As the winter sun goes down over the once-bustling university precincts around Carlton, the number of darkened windows in student housing towers tell a story.

“Around Carlton, the buildings are around 30 to 40 per cent filled with actual people at the moment,” says Craig Carracher, cofounder and chairman of student accommodation provider Scape. 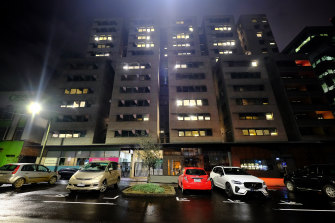 Carracher is looking forward to a new cohort of international students arriving for semester 2 in the coming weeks, which he believes will lift average occupancy to about 50 per cent of his company’s 11 student apartment buildings in Carlton and the CBD.

“But even those numbers are probably 30 per cent down on where Sydney and Brisbane are, and where Melbourne should be,” he says.

Across the country, more than 1million homes were empty on census night last August, making up 10.1 per cent of all homes – a number not dissimilar to the 2016 census.

In Victoria, where about 300,000 dwellings were unoccupied, the international student precinct of Carlton saw a bigger jump than any other area in the number of unoccupied homes compared to the previous census.

In 2016, about 12 per cent of houses and apartments in Carlton were listed as unoccupied. In last year’s census – conducted on August 10, five days into what would become Victoria’s sixth lockdown – that number jumped to almost 30 per cent.

While Carlton takes the top spot, it should be noted that in inner-city areas, including the CBD and Southbank, suburb boundaries have changed since 2016 meaning it’s not possible to compare occupancy rates with the previous census.

Carracher said the census data speaks to his view that Melbourne has haemorrhaged market share of international students to NSW and Queensland, where he claims state governments were more proactive in helping students during lockdowns and encouraging them back.

While Scape’s buildings in Sydney and Brisbane are hitting record high occupancy, in Melbourne instead of students one of the company’s new Carlton buildings houses those fleeing Afghanistan and Ukraine. Another three proposed Scape developments around the city which could potentially house 1000 students have been put on ice.

“We are sitting on three developments worth a quarter of a billion dollars that we are not proceeding with at the moment because we are waiting to see how the Victorian government and unis are going to respond to the damage that has been done for the past two and half years to the sector,” Carracher said.

Unoccupied apartments also hover above the suburban skyline eight kilometres west in Footscray, which comes in at second place for the biggest growth in empty homes.

Unoccupied homes in Footscray jumped more than 10 per cent from 9.3 per cent in 2016 to 21 per cent last year. The settlement of masses of new apartments at the very time the pandemic hit was a “perfect storm”, according to Tony Gerace, director at Footscray’s Burnham Real Estate. 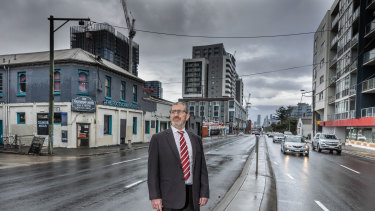 “Just beyond the old Franco Cozzo building there’s thousands upon thousands of new apartments being built, plus there are permits for multiple thousands more,” he says.

“A lot of them have been finished in the last 12 or 18 months. Apartments were heavily occupied here with students from overseas and overseas workers. So, there were these apartments being built then all of a sudden everyone’s disappeared.”

Eleven months on from census night, Gerace says apartment vacancy in Footscray has come down slightly, but is still relatively high as brand-new apartments continue to come on to the market.

“Having said that, looking at the last month or so, people are trickling in. I don’t think we’ll have much available when it picks up because I can already see vacancies start to creep backwards,” he says.

Across the nation, fewer homes were listed as unoccupied this census compared to 2016, however the ABS says it has improved its statistical methods for counting unoccupied properties this time around, so the changes may also reflect the latest data being more accurate.

Victoria’s empty home rate of 11.1 per cent (about 300,000 empty homes) makes it higher than both the national average and the NSW average of 9.4 per cent. But as a percentage there are fewer Victorian unoccupied homes now than in 2016, when 11.7 per cent of homes were vacant.

Coastal and holiday hotspots with large numbers of holiday homes continue to have the highest number of unoccupied homes – a trend largely unchanged by the pandemic. More than 60 per cent of homes in Lorne-Anglesea were empty on census night, followed by Point Nepean on 59 per cent, Otway at 56 per cent and 54 per cent on Phillip Island. Notably, these areas had up to 10 per cent less empty homes when compared to 2016.

Since 1986, the census has not collected data on why dwellings were unoccupied. At that time, a quarter of the vacant homes across Australia were holiday homes and 35 per cent simply had an absent resident on census night. Other reasons included homes for sale or between tenancies, newly constructed properties, and renovations.