Residents of a fifth Melbourne care home were isolating in their rooms on Monday night after a staff member was found to have worked at another aged care facility where there was a confirmed case of COVID-19.

Victoria’s latest coronavirus outbreak has prompted the Morrison government to reinstate a policy designed to prevent aged care staff from working across many privately-run homes in Melbourne after it allowed the practice again late last year. 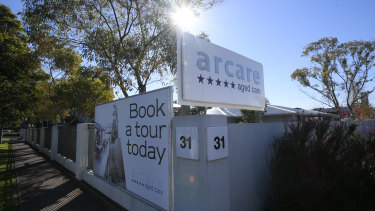 Four people connected with the Arcare Maidstone aged care centre, including a 99-year-old resident, have so far tested positive to COVID-19 and staff who worked there also worked at at least four other homes.

Canberra has responsibility for private aged care and late last year the Morrison government returned to allowing staff in the sector to work across multiple sites.

The rule was imposed last July during the coronavirus outbreak in aged care, where 655 people died in Victoria. It was lifted in November.

Asked at a press conference on Monday if reinstating the ban after community transmission had started in Victoria was akin to “locking the gate after the horse has bolted”, Federal Health Minister Greg Hunt said this was not the case.

“It’s only in the last week that we have seen that community transmission,” Mr Hunt said. “This is a very recent but rapid phenomenon.”

The federal government had now started funding aged care providers across Melbourne so staff can only work at one site.

Mr Hunt said the move to limit aged care workers to single work sites was triggered by the federal hotspot declaration, announced by Chief Medical Officer Professor Paul Kelly on Thursday. He said the hotspot declaration was linked to the number of cases on the ground.

The federal government dropped the requirement in November because it did not believe there should be rules in place banning casual staff in aged care from accessing work wherever they could find employment.

The support was also implemented in some homes in January, and for five days in February. 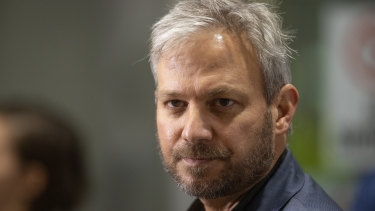 Victoria’s Chief Health Officer Brett Sutton said it was “massively risky” to have staff working across multiple aged care facilities and it should be minimised as much as possible.

“The question as to how it is effectively enforced, supported financially or otherwise in terms of policy, is a question for the Commonwealth,” Professor Sutton said on Monday.

Acting Premier James Merlino pointed out that workers in the public sector were not allowed to work across multiple sites.

“We have been able to have 100 per cent of aged care workers [in public aged care homes] in metropolitan Melbourne who are not working across multiple sites,” he said.

Aged Care Services Minister Richard Colbeck said the federal government funding for homes to pay staff who ended up out-of-pocket would continue for two weeks and could be extended.

“Providers are asked to … ensure staff are only working at one residential aged care facility during this time,” Mr Colbeck said. 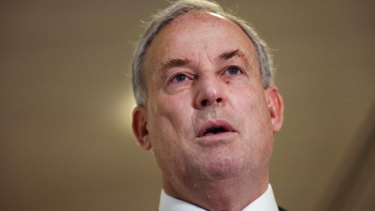 Lisa Fitzpatrick, state secretary of the Australian Nursing and Midwifery Federation, said the single-site working rule for staff had been maintained in all publicly run aged care homes in Victoria.

“The Commonwealth, because it involved providing funding to private providers, they took their eye off the ball, didn’t provide the funding, and single-site employment wasn’t an ongoing requirement in the private sector,” Ms Fitzpatrick said.

“Nurses and carers are forced to work across multiple sites if they want full-time work.”

One of the senior doctors involved in last year’s response to Victoria’s deadly aged care outbreaks, Associate Professor Michael Murray, said funding to assist aged care staff to work at a single site needed to continue until at least the end of the year or when there were high rates of community vaccination.

“People work across multiple facilities because they need to eat and live,” said Associate Professor Murray. “They’re at more risk than probably any other group in terms of being infected, and they’ve got the least choices.”

Sean Rooney, chief executive of Leading Age Services Australia, encouraged aged care workers to not work at more than one home. “We’ll do anything we can to encourage workers not to work across multiple sites,” Mr Rooney said.

The fresh outbreak in aged care emerged on Sunday after a staff member at Arcare Maidstone, aged in her 50s, tested positive.

Hers is a “mystery case” with no known connections to the other existing infections from the outbreak that has plunged Victoria into lockdown and grew to 45 cases on Monday morning.

Arcare residents are self-isolating as were people who live at four other facilities – BlueCross Western Gardens in Sunshine and the Royal Freemasons’ centres in Melbourne and Footscray and Jewish Care’s Gary Smorgon House in Caulfield – after staff also worked at the Maidstone home.

The Footscray facility returned to normal operations on Monday afternoon after the staff member who had worked there and at the Arcare centre returned a negative coronavirus test.

“The fact this outbreak has crept into a number of private residential aged care facilities is obviously a very great concern,” Mr Foley said.

The infection of the staff member of the Arcare home in Maidstone came even though she had been given her first vaccine shot on May 12.