Home » World News » Sleepy Joe is 'too old' to be president, according to his own COUSIN

Sleepy Joe is 'too old' to be president, according to his own COUSIN

Sleepy Joe is ‘too old’ to be president, according to his own COUSIN: Brexit-voting retired graphic designer from Surrey, 74, is stunned to learn he is Joe Biden’s fifth cousin (but he doesn’t hold out much hope for his chances!)

A Brexit-voting retired graphic designer from Surrey was stunned to learn he is Joe Biden’s fifth cousin, but doesn’t hold out much hope for his chances of becoming the US President.

Ralph Biden, 74, believes his distant cousin, who turns 78 on November 20, is a ‘little bit too old’ for the role.

The father-of-two from Cobham, Surrey, only discovered his relation to the Democratic nominee during an interview with The Times.

It follows Donald Trump, 74, dubbing the US presidential candidate ‘Sleepy Joe’ and often questioning his mental and physical fitness, as well as stamina. 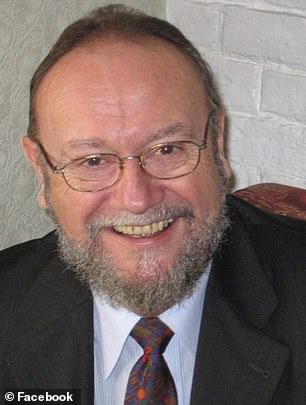 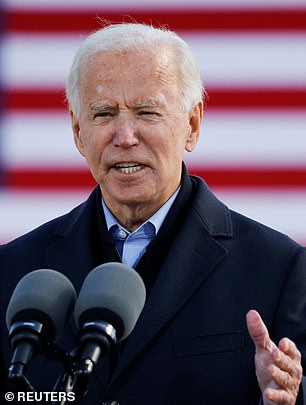 Ralph Biden (pictured left), 74, believes his distant cousin Joe (right, speaking during a drive-in campaign stop in Iowa) is a ‘little bit too old’ for the role of US President

Ralph, who is thought to be the fourth or fifth cousin of Joe on his father’s side, said: ‘In my heart of hearts he’s a little bit too old for the job, but then again Winston Churchill was about the same age when he was elected again after the war and he didn’t do a bad job, so who knows.’

The grandfather-of-three had previously considered being related to Biden, but only joked about with a friend and didn’t actually believe it was true.

He added: ‘I think he would make a good president, my question would be how long for?

‘It’s got to be a very high pressure job and the buck stops in the Oval Office, he’s going to inherit a country that’s going to be horribly divided.’

The widower went on to predict that his family member’s chances in the election are about a 50-50 split, saying he did not trust the national polls, which currently show Biden is maintaining the lead over Trump.

The same USA Today poll that has Biden leading Trump 52-44 has the president’s approval rating at a perilous 44 to 53 rating. 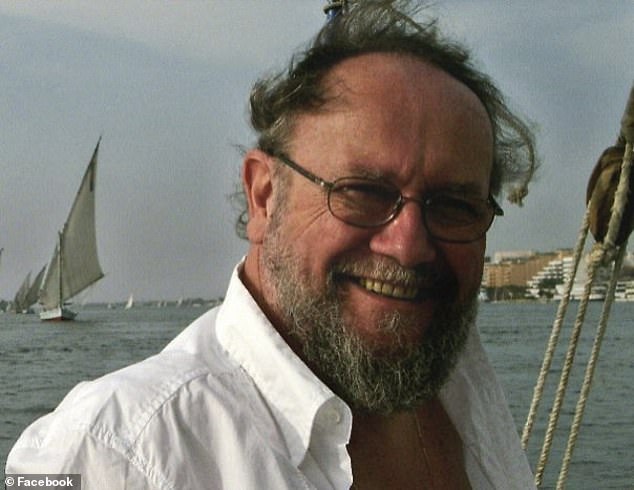 Ralph, who is thought to be the fourth or fifth cousin of Joe on his father’s side, predicted that Joe’s chances in the election are about a 50-50 split, saying he did not trust the national polls 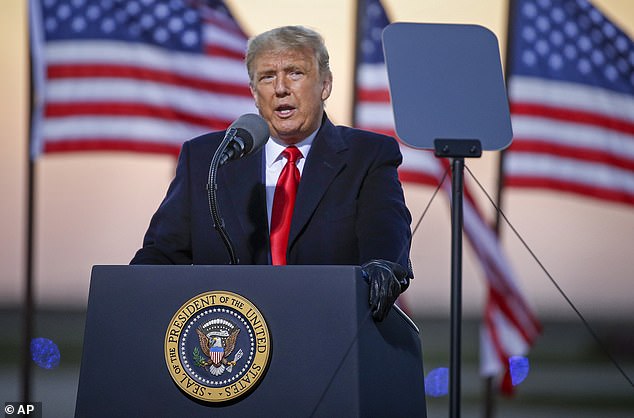 The approval rating of Donald Trump, pictured speaking at a campaign rally in Rochester on Friday, is currently at 46 with 52 per cent disapproval, according to the latest Gallup survey

In the latest Gallup survey, Trump’s approval is at 46, with 52 per cent disapproval. His approval hasn’t hit 49 per cent in the survey since January. Incumbents with upside-down approval ratings tend to have difficulty getting re-elected.

A New York Times and Siena survey has Biden edging Trump 48-45 in North Carolina, a state Trump carried in 2016 where Biden has assembled a narrow polling lead in a state considered a tossup.

The Supreme Court ruled on Monday that both North Carolina and Pennsylvania can count ballots postmarked by Election Day that come in later.

In the case of North Carolina, they can be counted through Nov. 12th. Democrats have been pushing mail-in voting, but the state also has many military members, some of whose mail ballots could go Trump’s way.

With Trump boxed out in many states and Biden having multiple paths to 270 electoral votes, Trump’s campaigning still hopes to pry Minnesota out of the Democratic column after coming close there in 2016.

Is, Joe, old&ap, Sleepy, too
Celebrities