Snorkelling postman, 38, comes into contact with a giant SHARK

There’s some fin down there! Moment snorkelling postman, 38, comes into contact with a giant SHARK off the coast of Cornwall

A postman came face-to-face with a huge shark while snorkelling off the coast of Cornwall.

Martin Yelland, 38, was diving just off the coast of Penzance when the blue shark swam straight towards him.

It stuck around for about an hour, before being scared off by a pod of 80 dolphins.

Mr Yelland, who also takes wildlife photographs in his spare time and lives in St Erth, Cornwall, said: ‘It was a really memorable encounter. 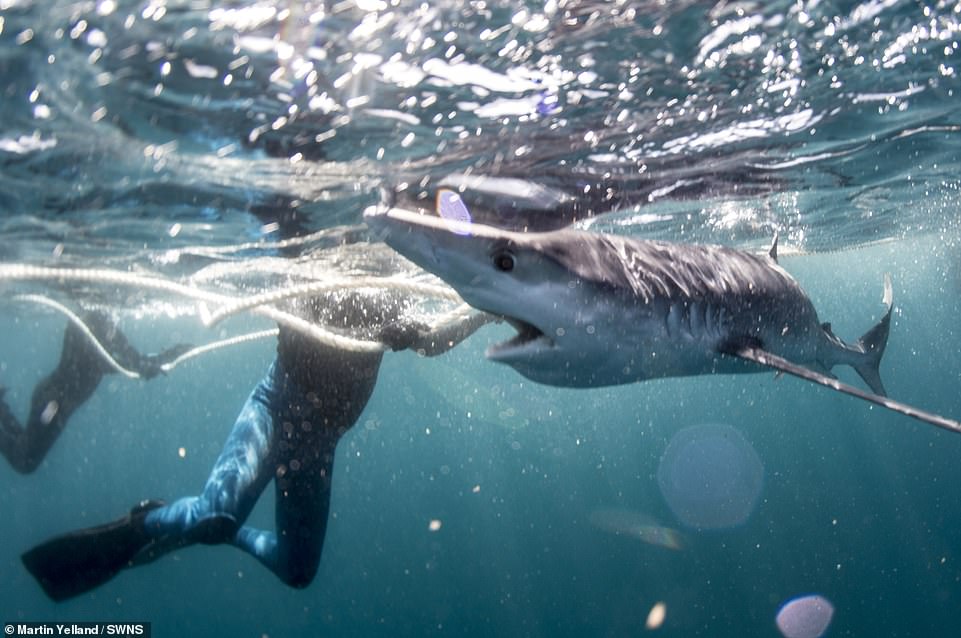 Martin Yelland, 38, was diving just off the coast of Penzance when the blue shark, which can grow up to 13ft, swam straight towards him

‘I was apprehensive the evening before the shark snorkel, but once I saw the shark I was just amped to get in the water as they were so graceful and inquisitive.

‘At no stage did I feel frightened, the sharks were curious but in no way aggressive.

‘The blue sharks come so close you sometimes need to get out of their way, as we were told never to touch them.’

The father-of-two fell into animal photography after starting a family and has been snapping local wildlife like kingfishers, choughs, badgers, foxes and deers for many years.

He added: ‘It was such a buzz, and to see the super pod of dolphins was insane too.

‘There were a group of 10 of us out on the snorkel trip, and I loved it so much I’ve booked on again next week.

‘I’ve always done surf and more recently wildlife photography, but seeing the sharks up close was one of the best things I’ve ever done.’ 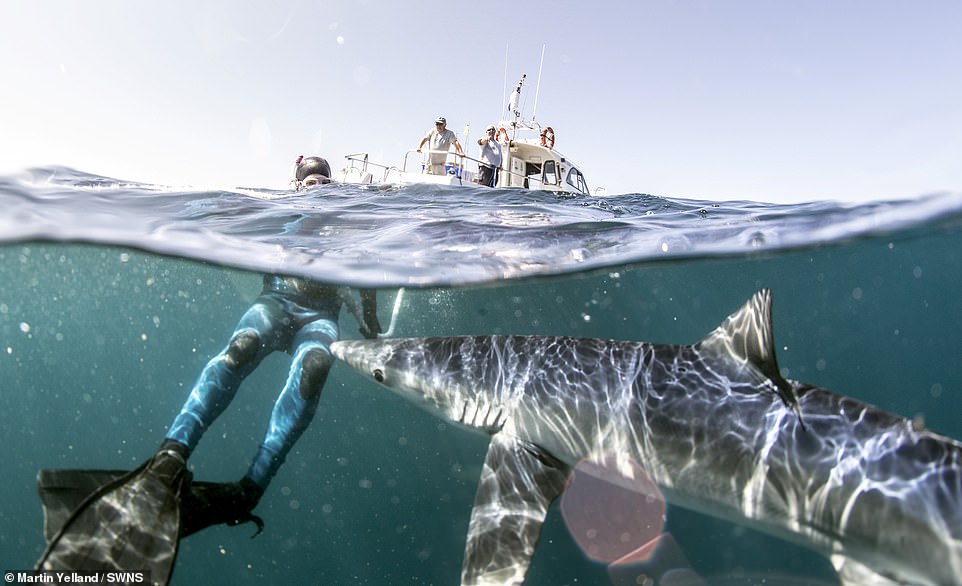 Mr Yelland, who also takes wildlife photographs in his spare time and lives in St Erth, Cornwall, said: ‘It was a really memorable encounter 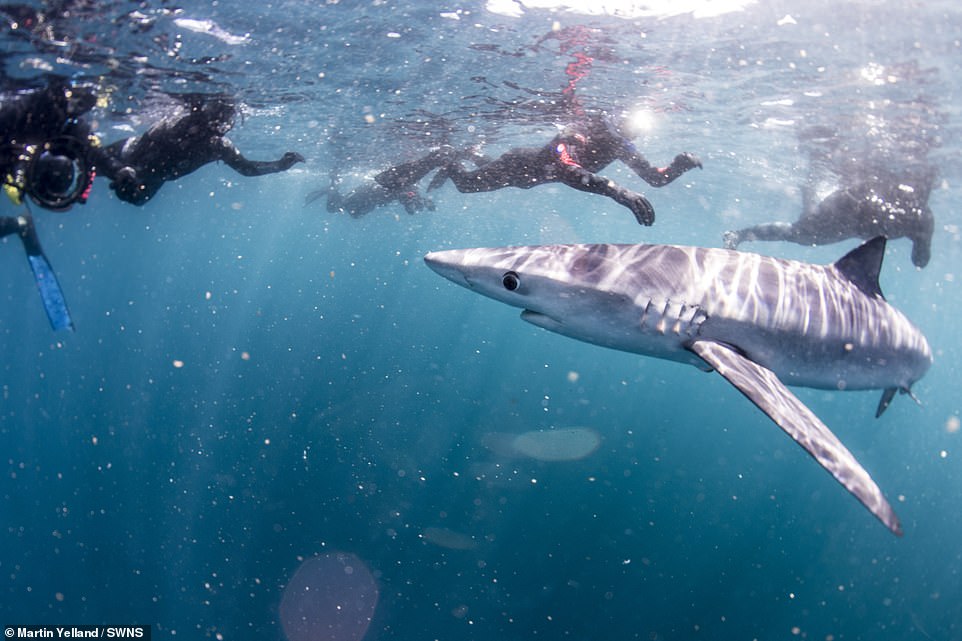 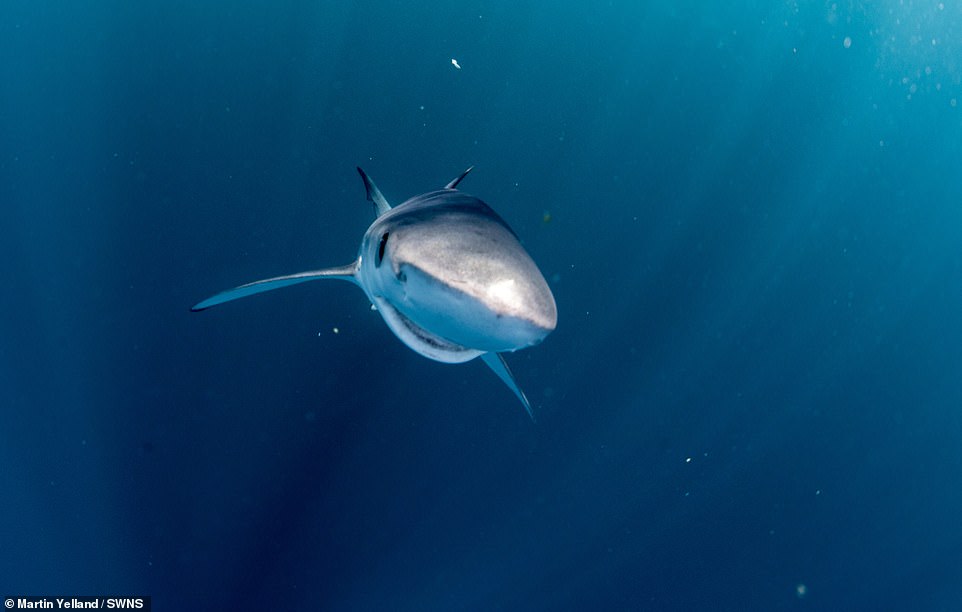