Home » World News » So why is China the only nation doing well after Covid? Who knows

So why is China the only nation doing well after Covid? Who knows

THE Chinese Year of the Ox has started nicely for President Xi Jinping.

While the rest of the world continues to reel from the worst health emergency for 100 years, China is the only major global economy to have actually GROWN in 2020. 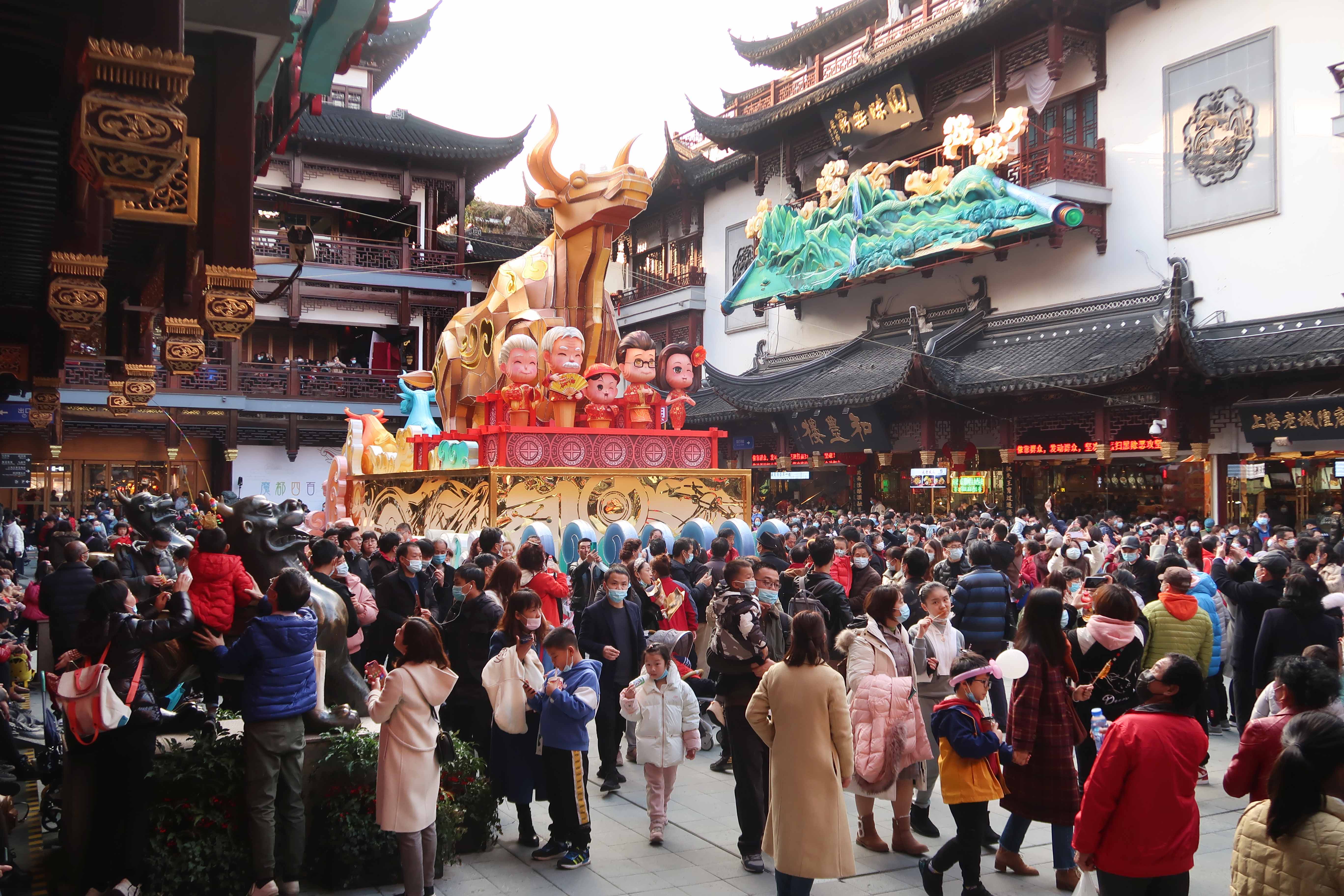 Even better, a team of World Health Organisation officials on a fib-finding mission to China — sorry, FACT-finding mission — have dismissed the two main theories of where Covid-19 actually came from. The WHO concluded that coronavirus did NOT escape from one of China’s secret military laboratories and did NOT come from one of its filthy, nature-defiling “wet” markets.

And the fact that Wuhan’s top-secret Institute of Virology — the only lab in China allowed to experiment with the most lethal viruses — is located just miles from a sprawling wet market? 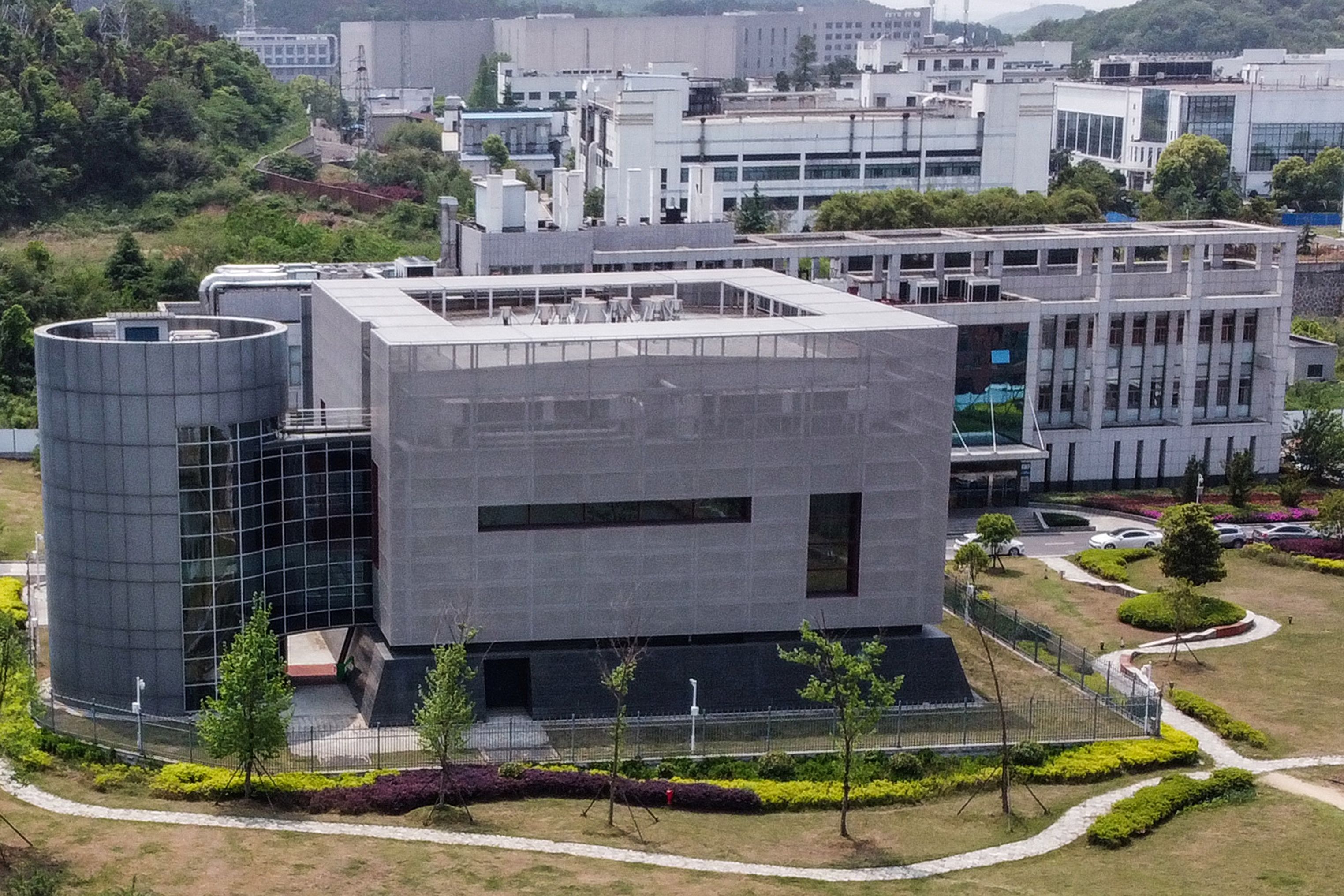 Two-point-three-million dead, economies in ruin and our freedoms rolled up and stuffed into storage, perhaps for ever. But China is blameless.

Except that scientific opinion across the globe begs to differ with the dodgy conclusions of the WHO, the United Nations body allegedly protecting the health and safety of mankind.

“That the WHO agreed to a joint investigation with the Chinese Communist Party tells you all you need to know,” says Sam Armstrong, from the Henry Jackson Society think tank.

“This investigation is a whitewash, pure and simple. Bat-borne coronaviruses do not just emerge thousands of miles away from the nearest relevant bat population but metres from a military lab studying these viruses without good cause.” 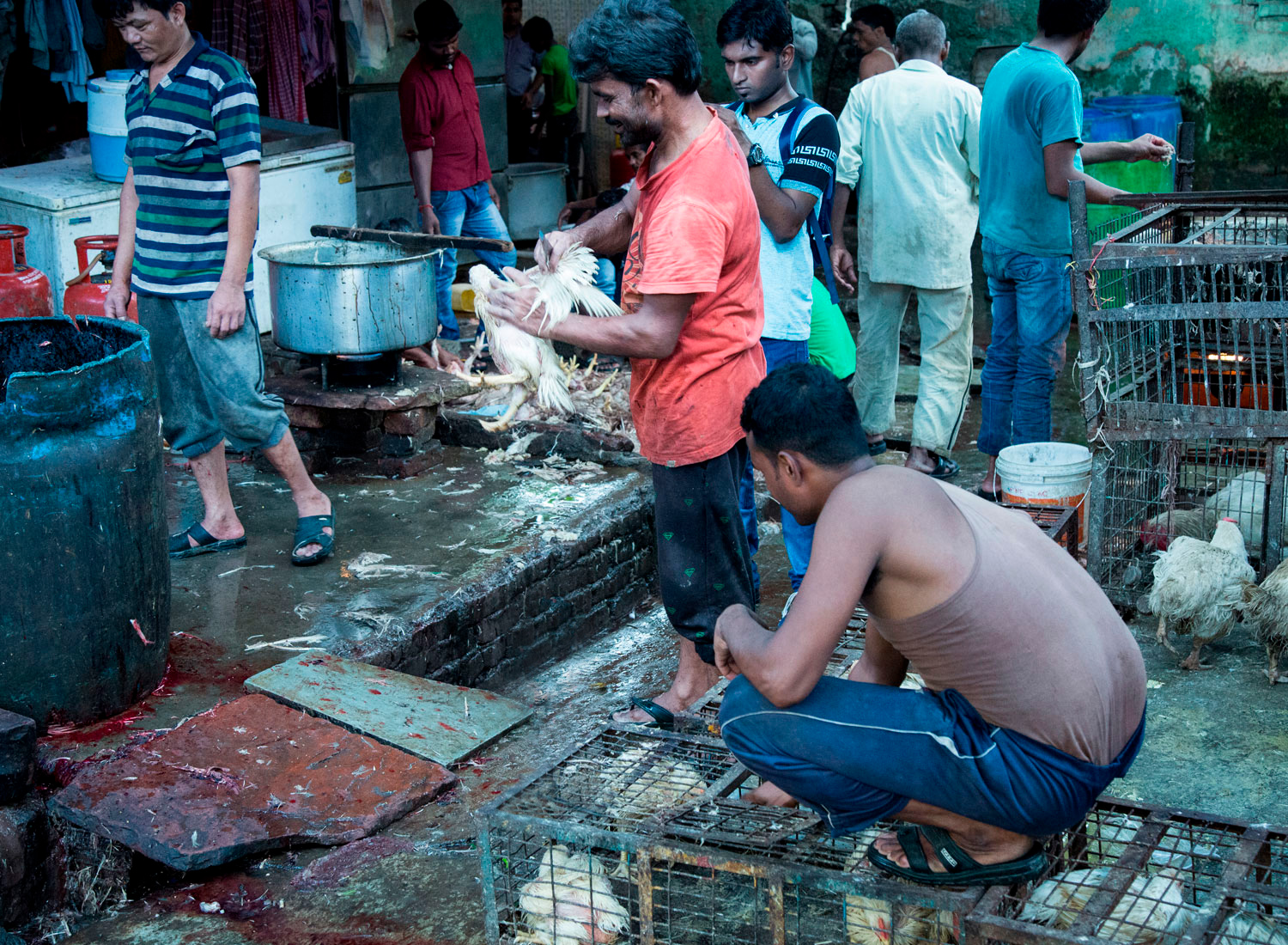 The theory in Beijing now — helpfully pushed by their supine spin doctors in the WHO — is that Covid-19 probably came into China from IMPORTED fish.

Nothing to do with us, comrade.

But have you tried looking in Kent?

To uncover the truth about the origins of this modern plague, the WHO should have been in Wuhan asking hard questions at the start of 2020. 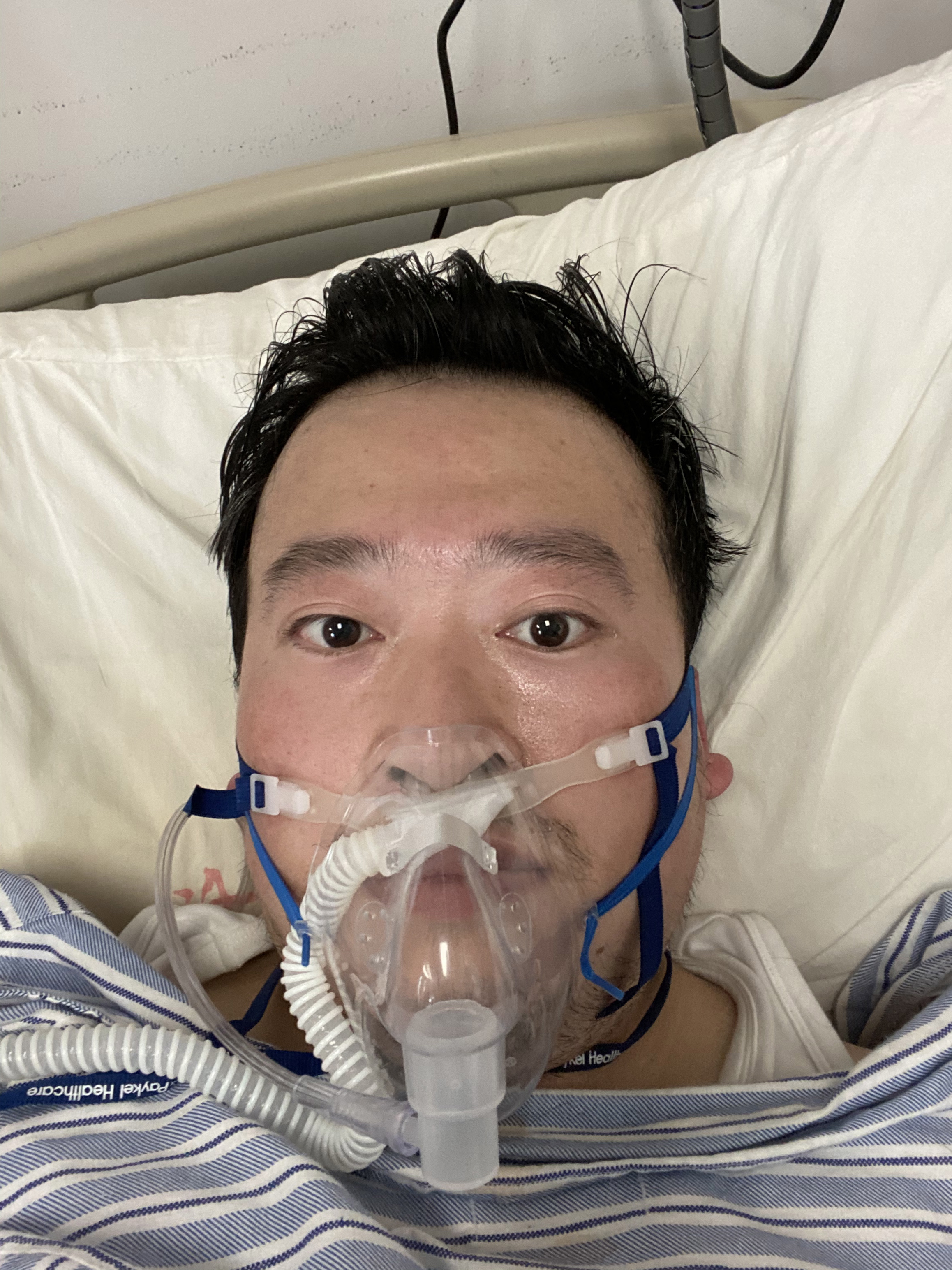 Instead, they bowled up a year late and were led around by the noses by their Chinese hosts.

During their four-week trip in China, the WHO team spent half of the time locked up in five-star hotel quarantine — yet still found time for a day trip to a museum celebrating China’s glorious handling of the pandemic.

The WHO’s witless PR job for China betrays the courageous Chinese whistle-blowers who sacrificed everything to alert the world about coronavirus.

Dr Li Wenliang, of Wuhan, tried to give an early warning about coronavirus and was investigated for “disturbing social order” and “making false comments”.

China has proved itself to be a cruel, authoritarian dictatorship bent on suppressing the most urgent question facing the human race. 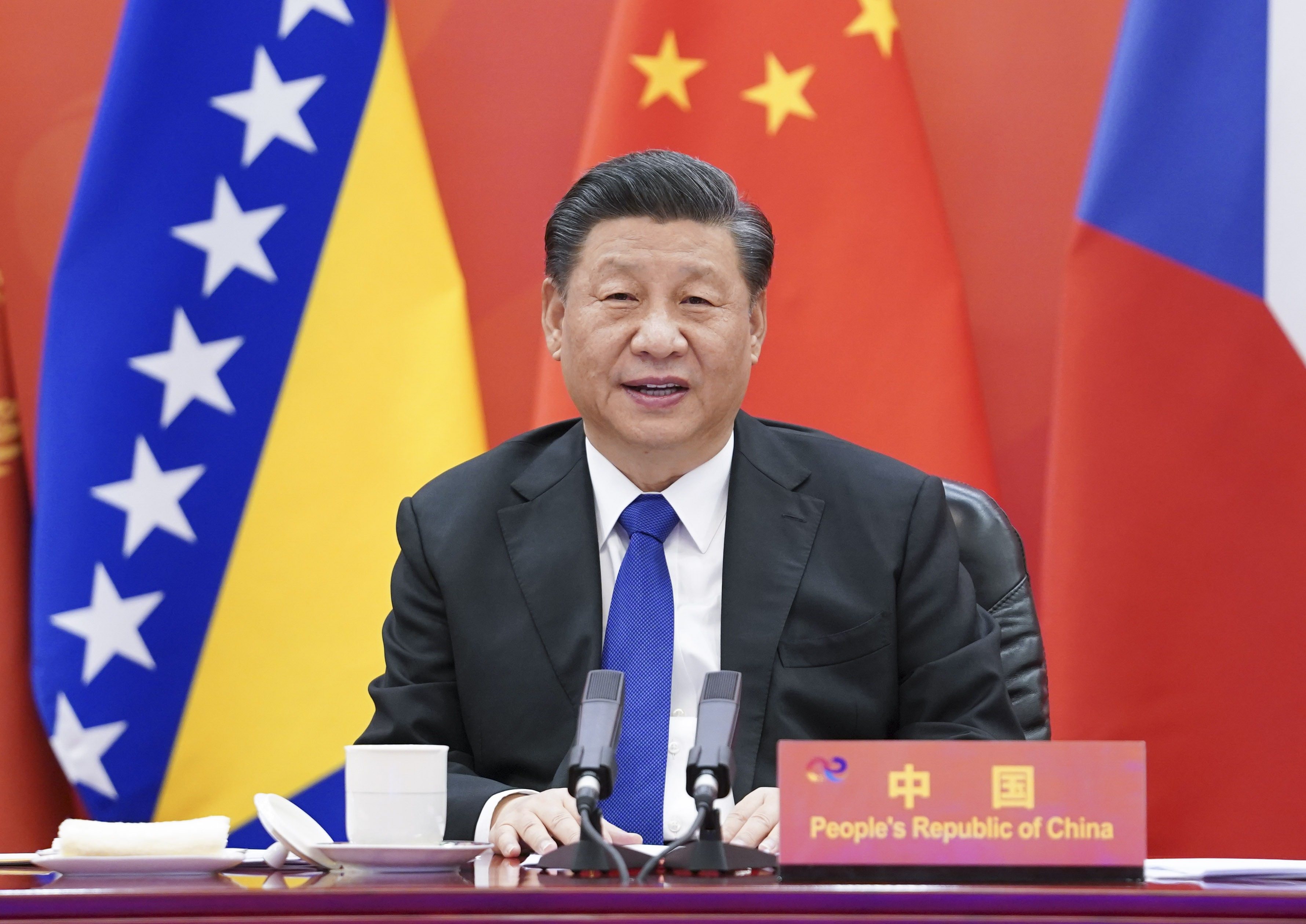 Where did this virus come from?

Now we will probably never get the definitive answer.

And there is another mystery.

Why is the WHO so keen to suck up to the bullies of Beijing?

HOL-D OFF ON THAT BOOKING 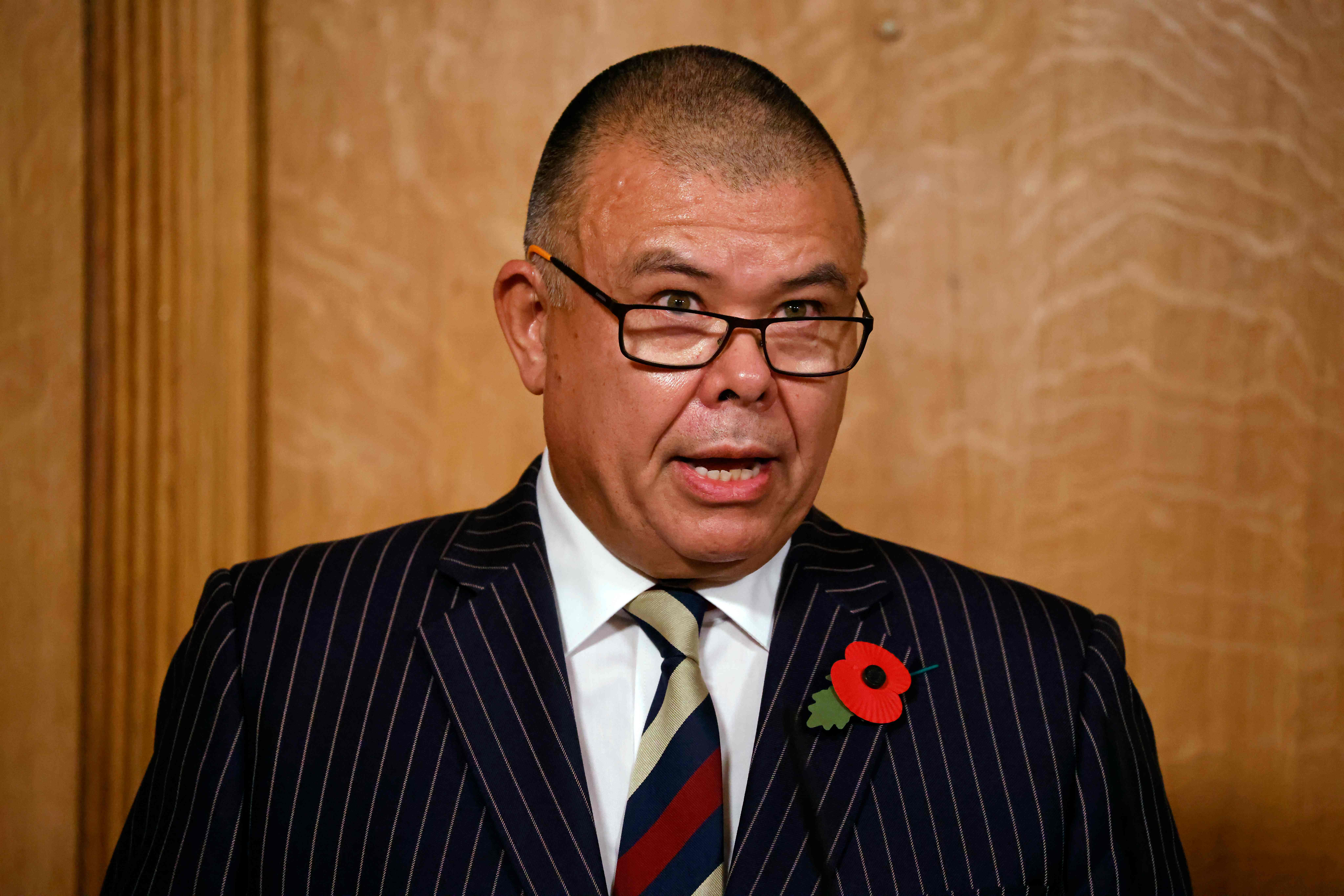 Van-Tam is not talking about bar-hopping in Timbuktu.

I fear “elaborate” now means a day-trip to Calais.

This coronavirus pessimism must end.

The Government is on target to reach its target of 15million vaccinations by tomorrow. This is an incredible triumph.

But it will be ruined if we are too timid to reclaim our lives.

Boris needs to inform the boffins that permanent lockdown is not an option. 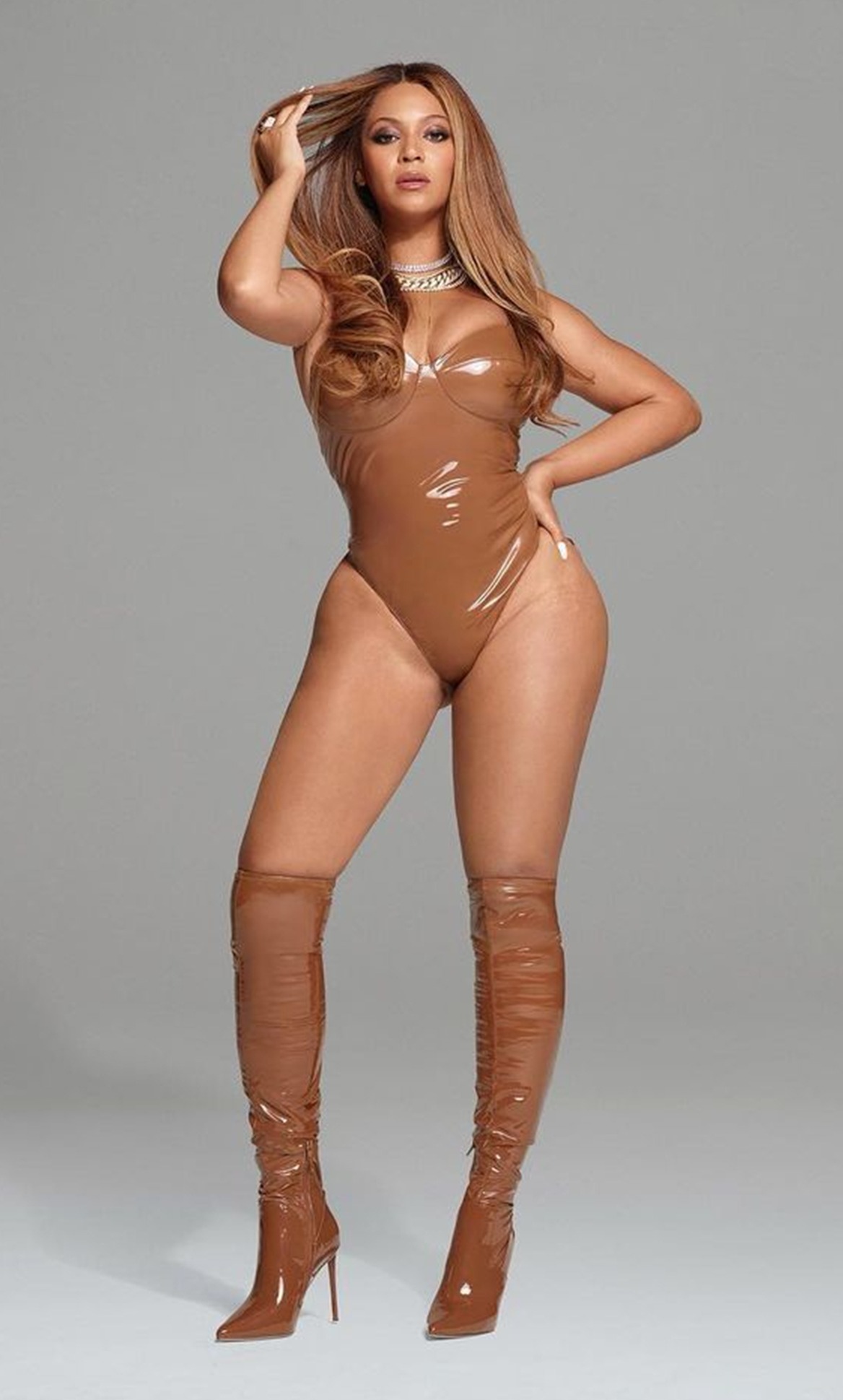 WILLOW the wonder dog can count to ten, spell her own name, identify shapes and tell you The Sun on Sunday is 50p less than the Sunday Mirror.

Meanwhile, Stan, our Cavalier King Charles spaniel, always takes a couple of steps back before scratching his butt, believing it gets him closer to his itchy rear end.

HUMPH HAD IT EASIER 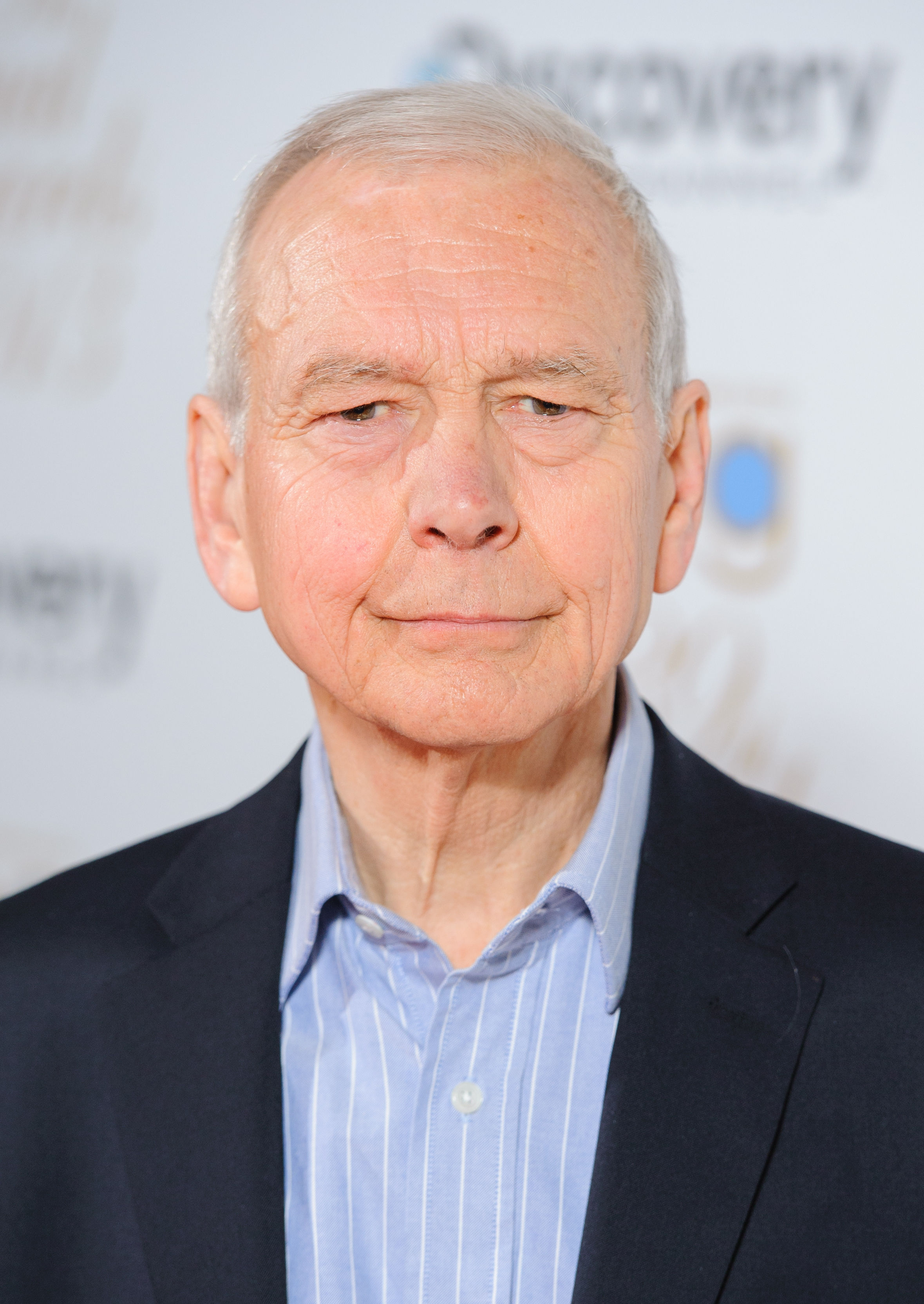 BY far the scariest show on TV is Mastermind.

When you sit in that leather chair, the lights go down and that funeral dirge of a theme tune begins to play, you know the potential for total humiliation is infinite.

The problem you have in the Mastermind chair is that all happens so fast.

Quizmaster John Humphrys asked me: “What is the French expression for a small, savoury dish presented before a meal?”

But the answer – hors d’oeuvres – remained on the tip of my brain and John had asked me four more questions while I was still fumbling around in my mind looking for the missing hors d’oeuvres.

Now Humphrys is leaving Mastermind after 18 years and there is much speculation about who will replace him.

I reckon Jeremy Paxman would bring the right combination of steely warmth and frowning authority, while others suggest Emily Maitlis for her forensic powers of investigation.

It doesn’t really matter who replaces Humphrys. They are only reading questions from a card.

It is the guests on Mastermind who have the hard job. 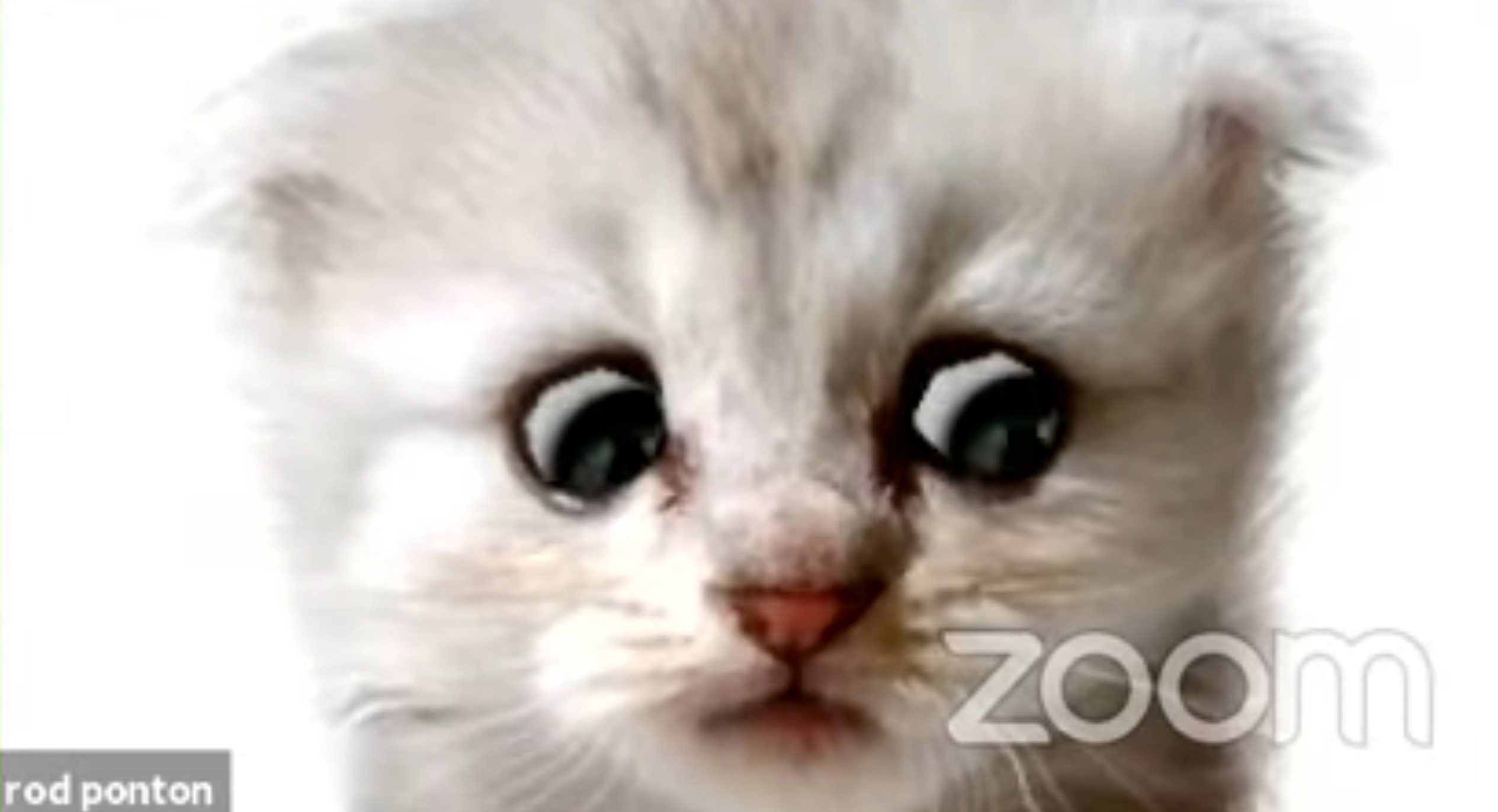 ROD PONTON, a lawyer in Texas, was left with digital egg on his face when he attended a virtual court hearing with a Zoom filter on his computer that left him looking like a talking kitten.

“I think anyone that’s ever struggled with a computer, with Zoom, can recognise these things can happen,” sighs Rod. “The judge was amused. He’s the one who posted the video.”

Rod, 69, looked adorable. But I’m not sure I’d fancy kitty’s chances of getting me off anything more serious than a parking ticket. 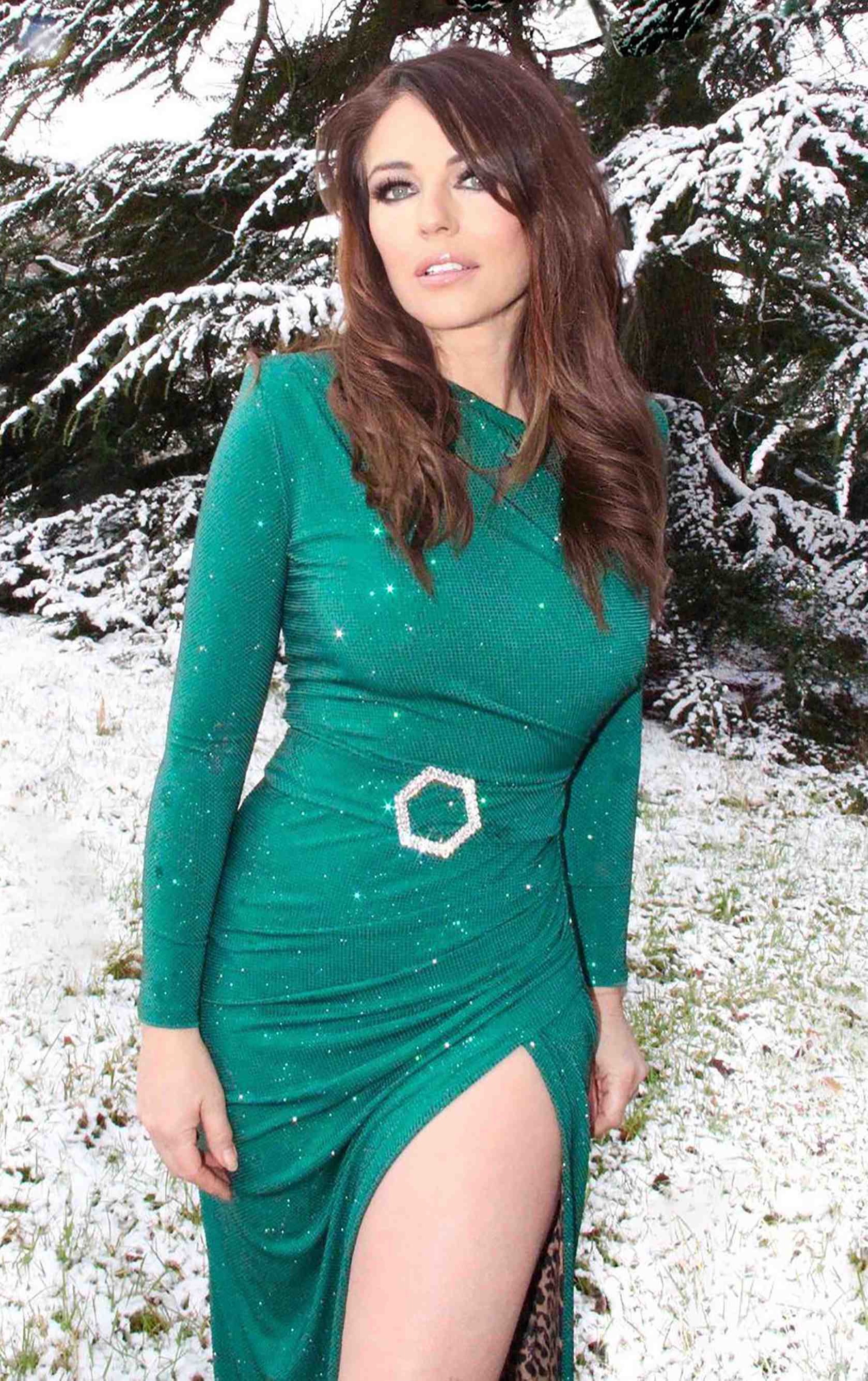 “FINGERS crossed it will snow so it’ll be bikini time again,” laughed Liz Hurley on her Instagram page.

But then Hurley’s 1.9million followers were shocked to see Liz posing in her snowy Herefordshire back garden wearing a green dress.

It must be even colder than we thought. 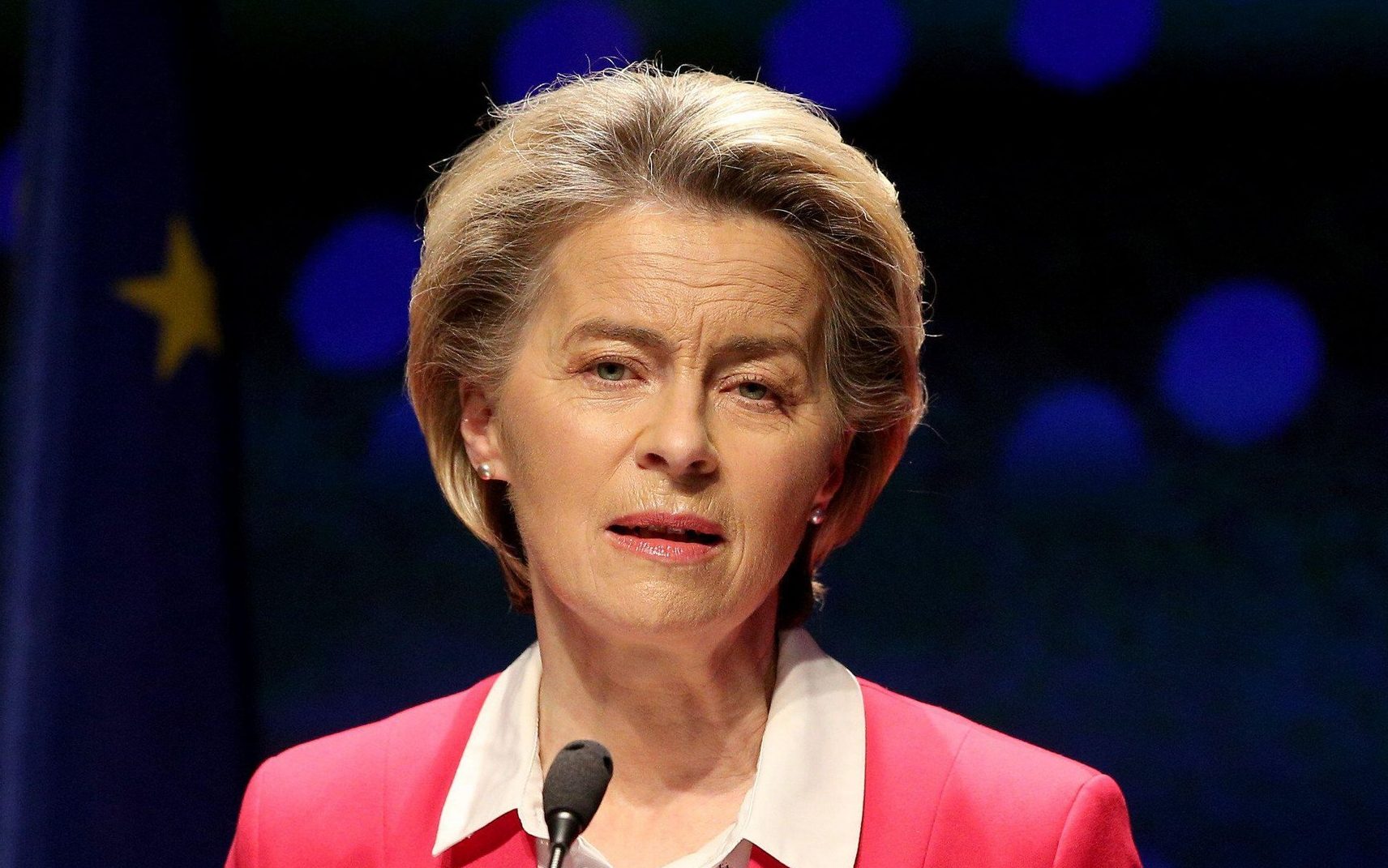 “I cannot even imagine what would have happened if just a handful of big member states had rushed to it and everybody else would have been empty-handed,” Commission president Ursula von der Leyen says of the EU’s great vaccination cock-up. “It would have been the end of our community.”

If richer countries had acted independently and not relied on the EU, Germany would have found itself with more vaccines than it will ever need.

Just as we will. The UK has ordered 407million doses of the seven most promising vaccines for our population of 66million. When our own people have been vaccinated, we can help the rest of the world – while the EU is still begging the Russians for jabs. 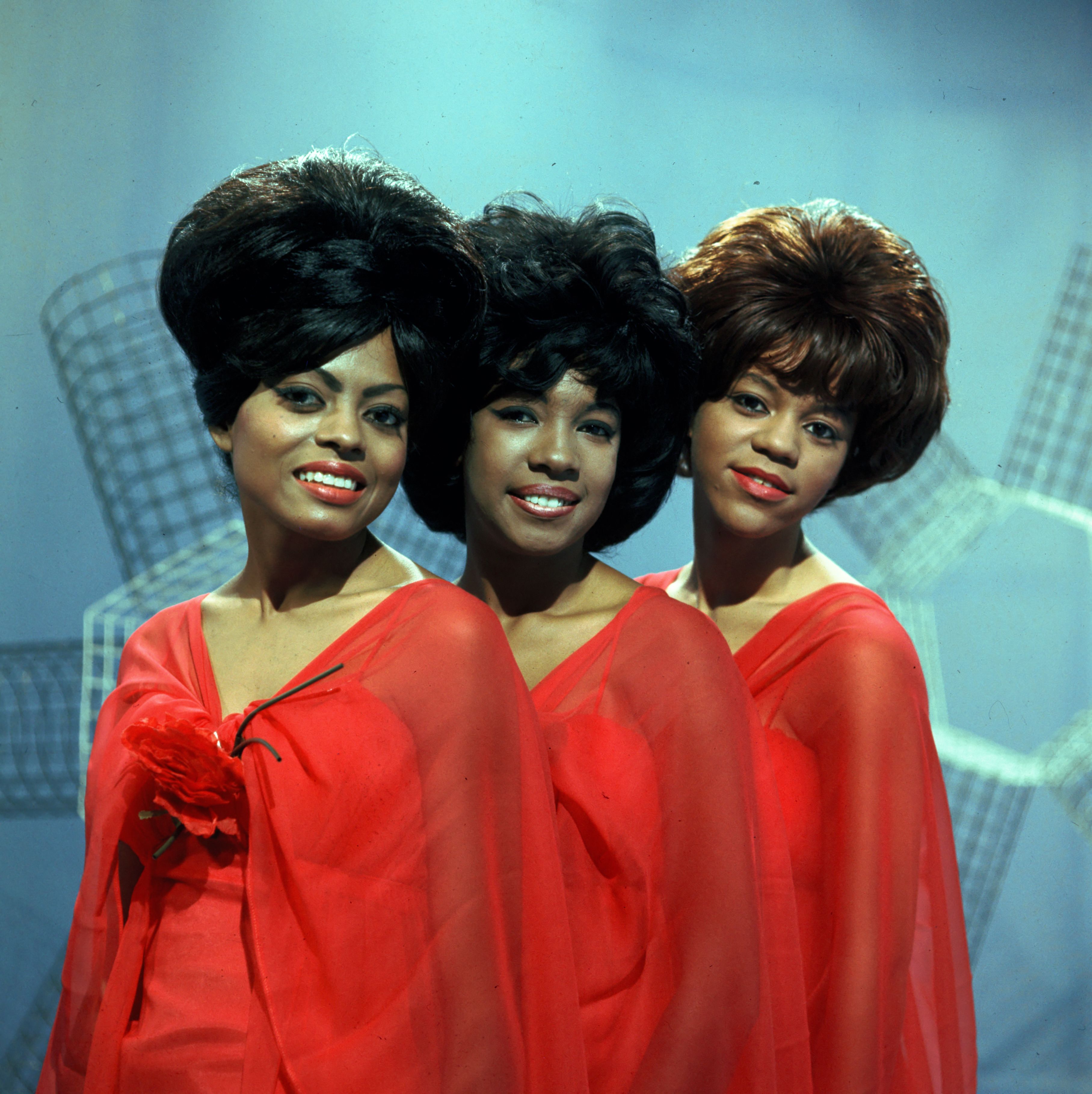 NO group in the history of pop music had a run of hit singles quite like The Supremes – not even The Beatles.

From Where Did Our Love Go and Baby Love (both 1964) to Stoned Love (1970) and Nathan Jones (1971), the music did not change very much: Melodies you heard once then remembered for a lifetime; harmonies even tighter than those dresses; vocals softly chanting about the vagaries of young love.

But Mary Wilson, who has died at the age of 76, was always there – from the time the group were a trio of teenage girls escaping the poverty of the Brewster-Douglass housing project of Detroit to the back end of the Seventies, when the Supremes were bowed by the dawn of disco.

They were lovably old-fashioned. At a time when rock bands were smashing up hotel rooms, The Supremes were reportedly making their beds before leaving a hotel. Yet for all the showbiz smiles, glitzy stage costumes and good manners, there was something quietly revolutionary about both Motown and The Supremes.

Like Muhammad Ali, they changed hearts and minds. This black-run record label and those three young black women, with their hypnotic chants, were not just embraced by the US and the world. They were loved. Even today, my spirit soars when I hear the opening chords of Baby Love or Come See About Me or Where Did Our Love Go or Reflections or 20 more.

“All of our parents were poor and their parents had been slaves,” remembered Mary. “So they brought us up being aware that we were black and we had to be the best we could be.”

And you were, Mary. The Spice Girls probably had a greater global reach. The Pussycat Dolls probably made more money. But if your world ever moved at 45 rpm, no girl band rivals The Supremes. The original is still the greatest.