His office has banned the practice of eating lunch in its canteen with colleagues, in favor of boxed meals, packaged in house and eaten at desks, he said.

“It’s anything but normal,” the 28-year-old told Reuters.

Meetings are held online, instead of in person. Employees must wear masks all day and report their temperatures twice a day.

Jin is one of millions of workers who began streaming back this week from Lunar New Year holidays extended by 10 days in China’s struggle to rein in the virus, which has killed 1,380 people and infected nearly 64,000.

But streets and subways are largely deserted in major cities such as Beijing, the capital, and the business hub of Shanghai, with many shops and restaurants empty or shut, while lots of office employees work from home.As many places still enforce containment measures, companies are adopting rules to prevent infection and banish employees’ fears of catching it, such as keeping them as widely separated as possible.

Not all companies have resumed work. Many that have are asking employees returning from trips overseas or other provinces to quarantine themselves at home for up to 14 days. 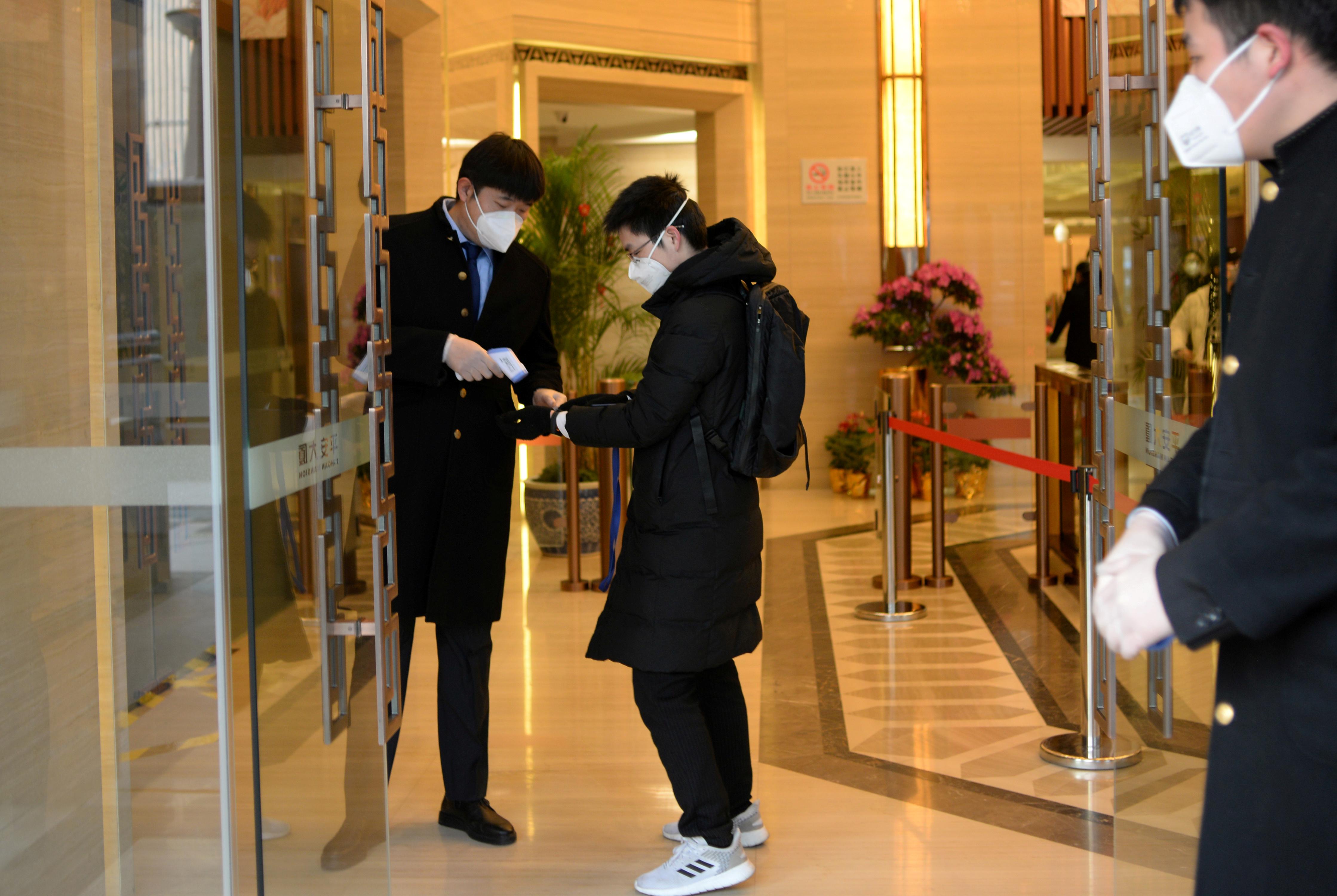 A manager at one foreign multinational said staff were concerned, particularly after China’s tough step in locking down Wuhan, the central city of 11 million people where the outbreak began.

“They want no contact,” said the manager, who sought anonymity as she was not authorized to speak to media.

“Some want people to sit with empty chairs between them at meetings, toilet visits to be assigned at staggered times, and no sharing of the water dispenser,” she added, listing the precautions staff want followed.

An industrial zone in the central city of Changsha has started using unmanned robots to deliver meals, the state-run People’s Daily newspaper said.

Automaker GAC (601238.SS), which has joint ventures with Toyota (7203.T) and Honda (7267.T), said no more than half its employees are allowed to work each day at its headquarters in the southern city of Guangzhou, with lunchtimes divided into four slots of 15 minutes each.

It also rearranged its canteen, and shifted tables to an outdoor terrace, with each spaced 2 meters (7 ft) apart. It has also swapped its previous buffet service for a menu of pre-arranged options. 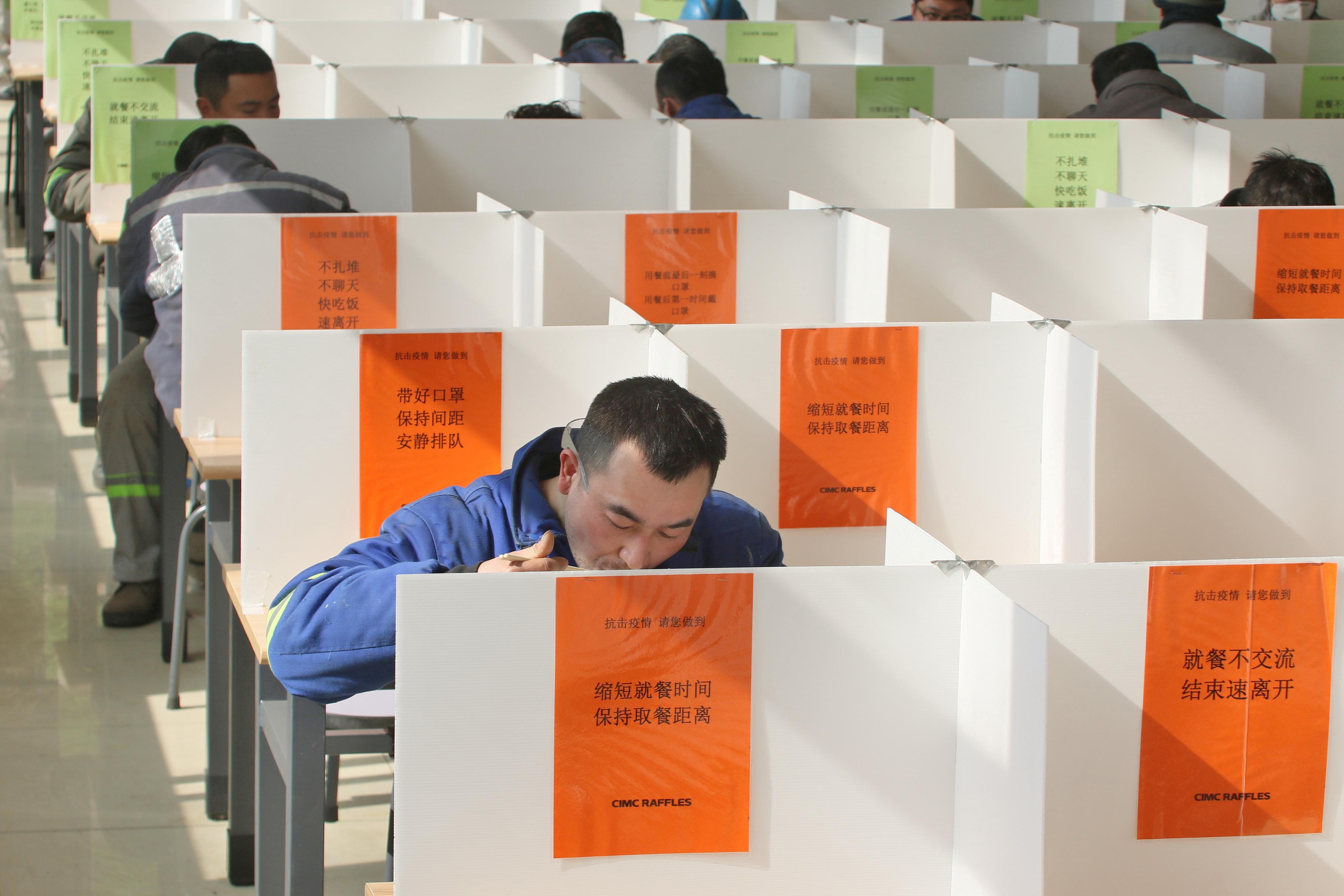 E-commerce firm Pinduoduo (PDD.O) said its employees must complete a daily health-check form. It disinfects offices at least twice a day, and provides meals for everyone to minimize exposure.

On the Weibo messaging app, the term “hardcore armor for returning to work” has drawn 140 million views, with users sharing safety tips, using videos and pictures.

Some images showed people wearing motorcycle helmets at their desks with others in costumes similar to space suits traveling on public transport and some in homemade protective gear fashioned from plastic bottles.