KATE Middleton and Camilla looked solemn as they departed Buckingham Palace together for the Queen's coffin procession.

The Queen Consort and Princess of Wales set off for Westminister Hall before Meghan Markle and Sophie Wessex who are travelling in a separate car. 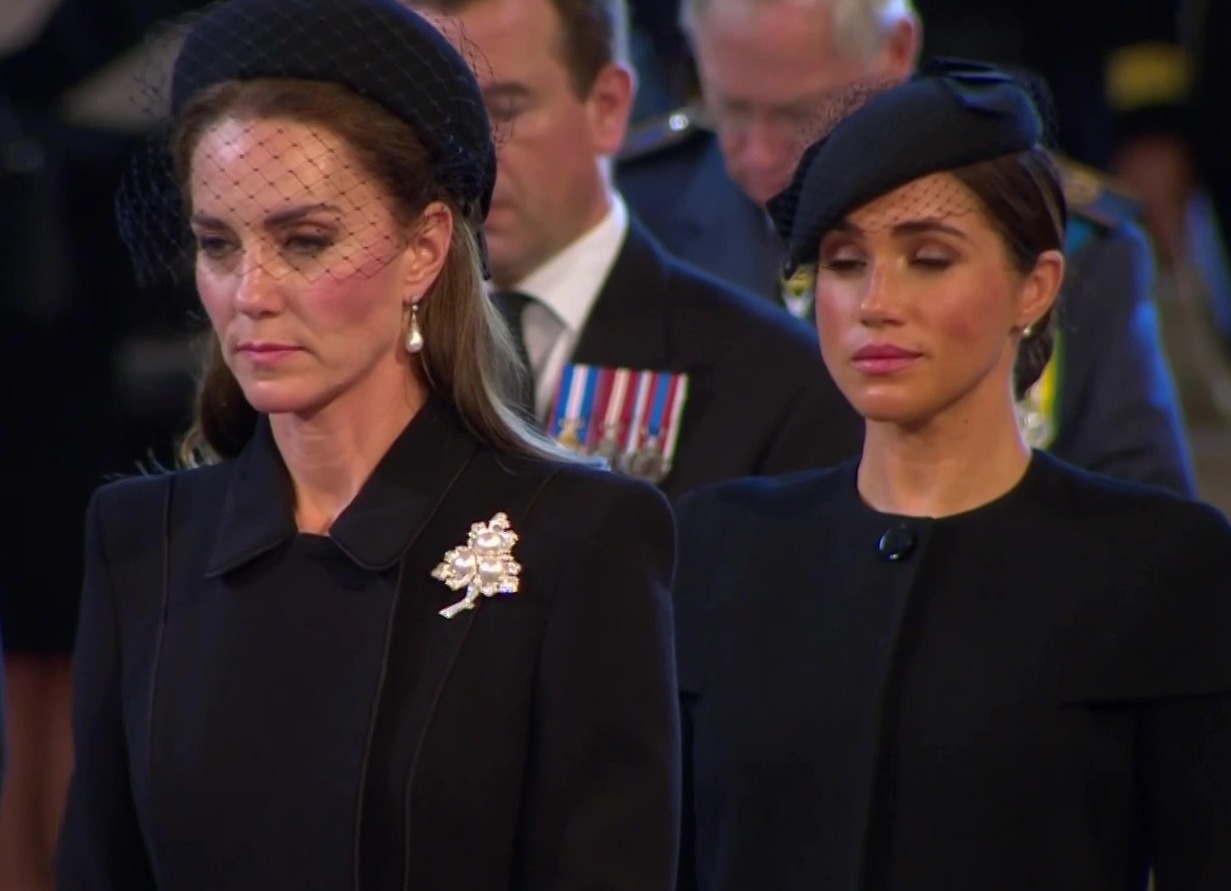 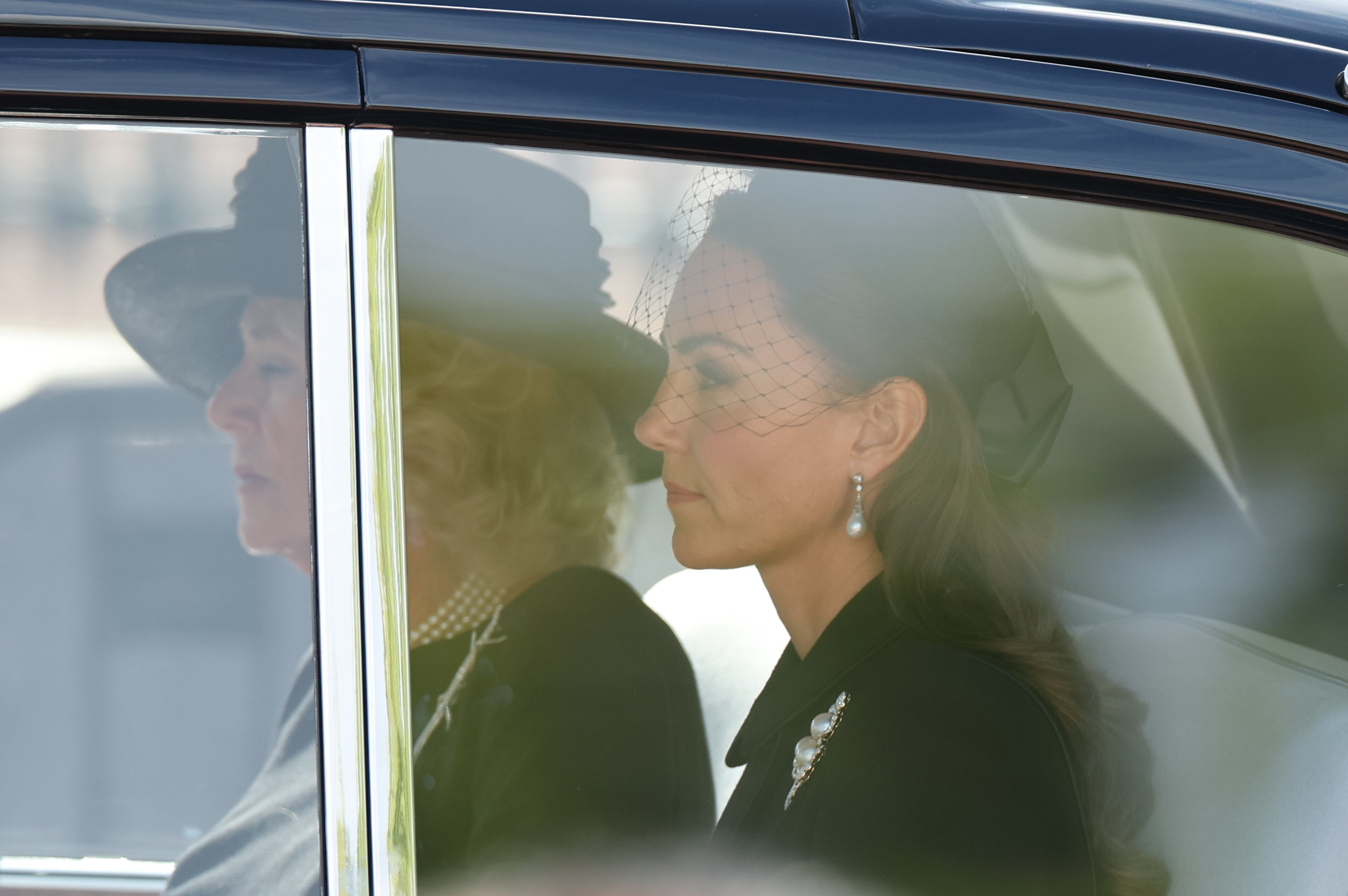 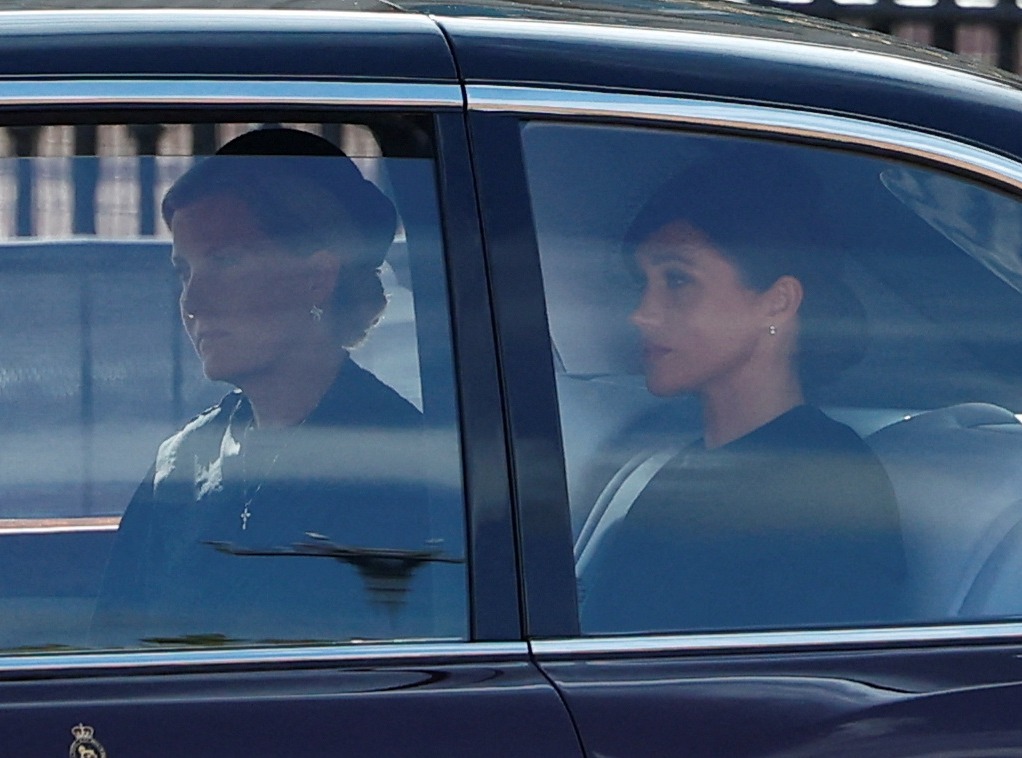 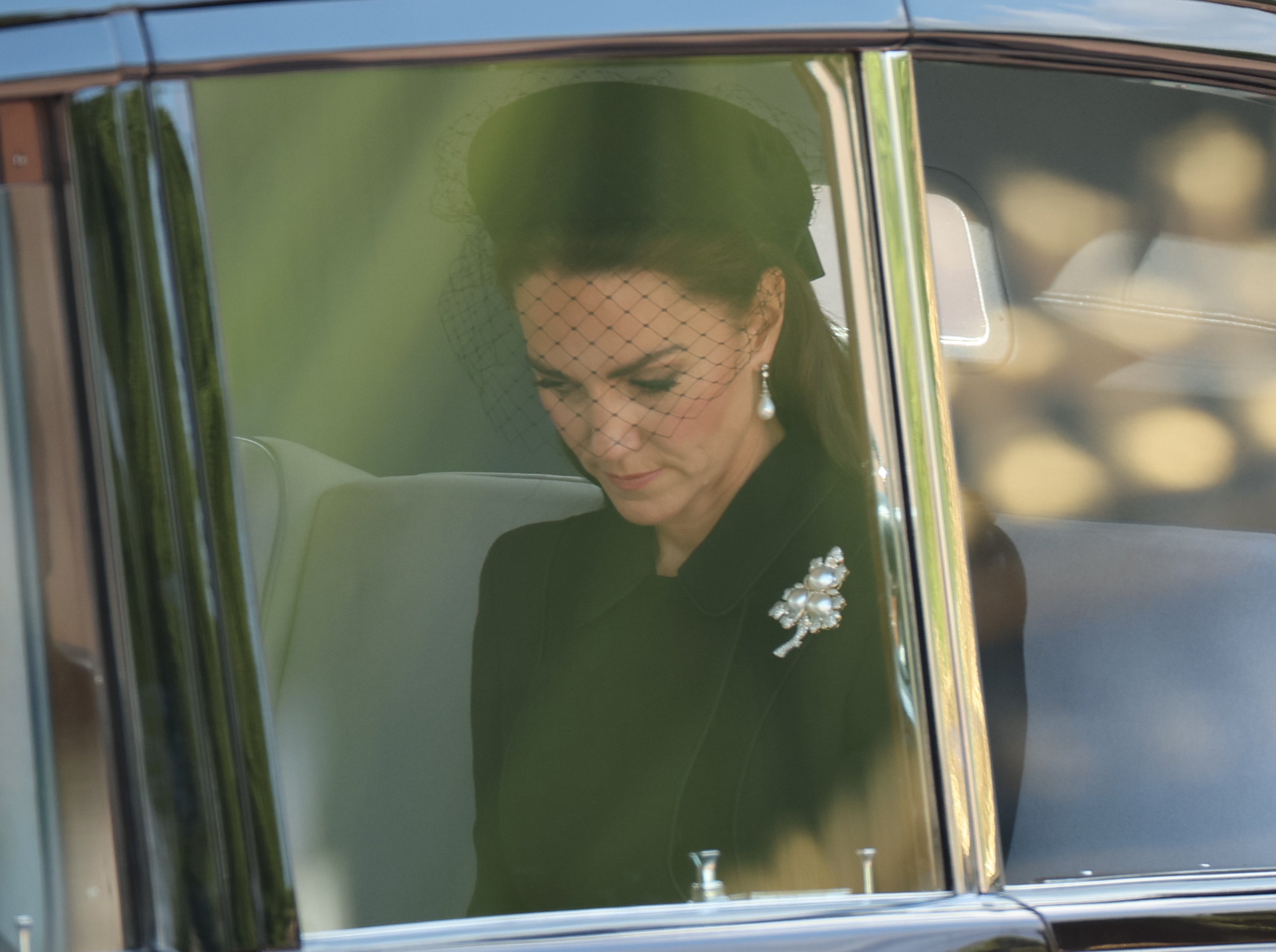 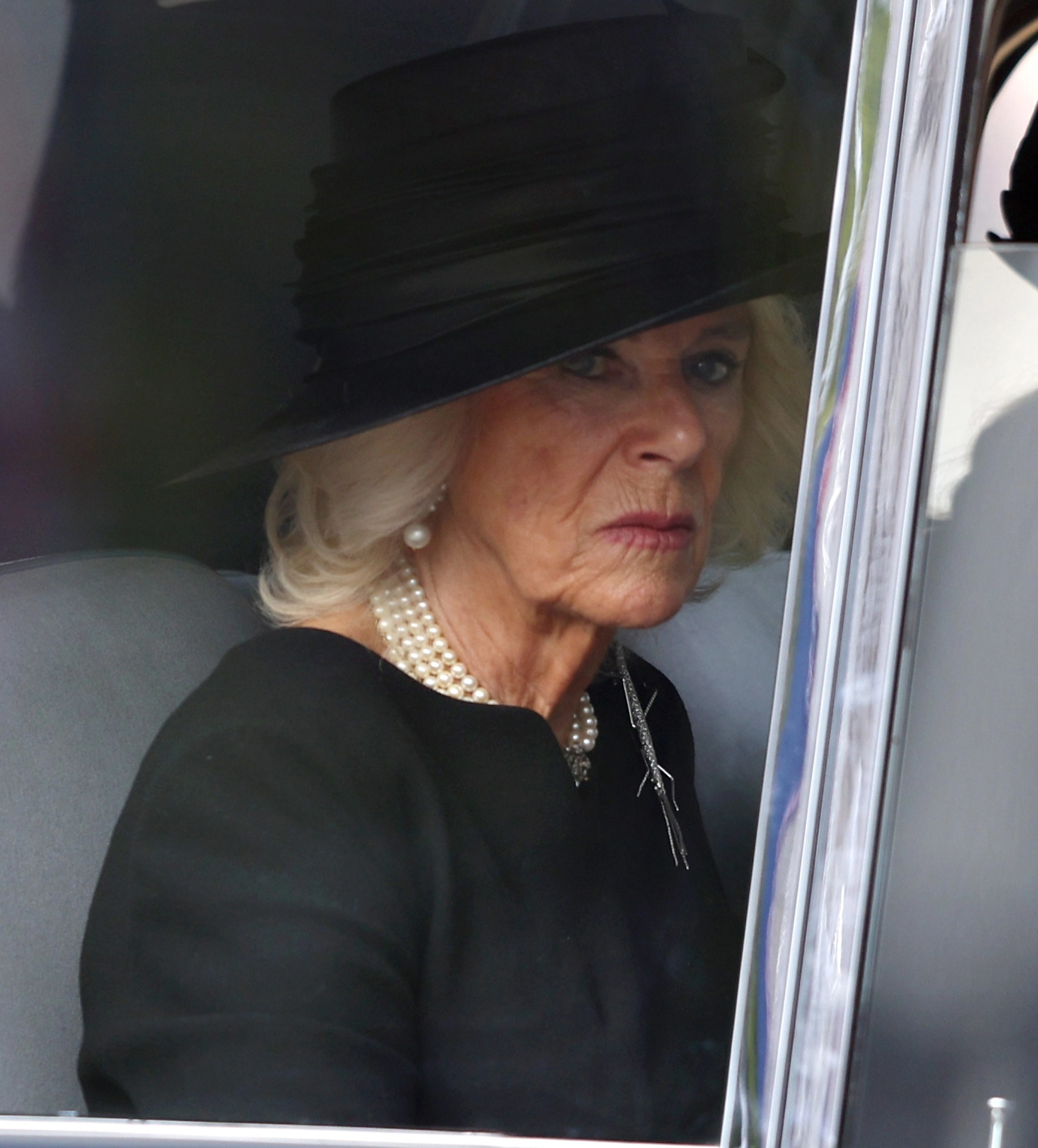 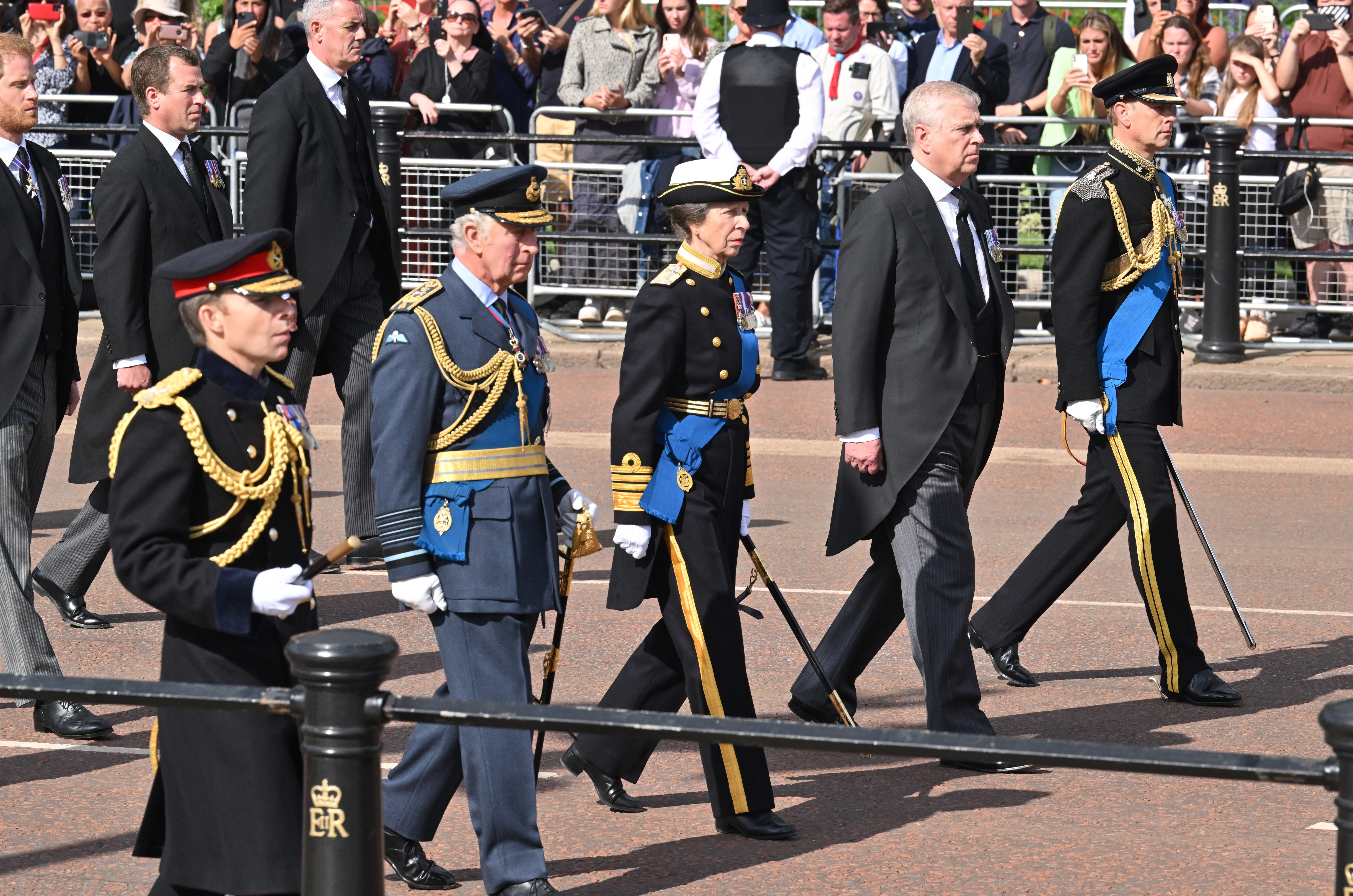 Kate and Meghan both donned black veils for the sombre last journey of their grandmother-in-law.

The new Princess of Wales kept her head bowed to the ground while Meghan looked straight ahead alongside Sophie.

Meanwhile, a clearly emotional Camilla looked out at the thousands of mourners who gathered to pay their respects.

Prince William and Prince Harry but on a united front, walking alongside each other as they joined the sombre march with their close family.

King Charles, the Prince of Wales and the Duke of Sussex appeared solemn as they walked behind the coffin.

The procession brought back sad memories of when they walked behind the coffin of their mother Diana, Princess of Wales when the brothers were just 15 and 12.

Harry, who spent a decade in the forces including two tours of duty to Afghanistan, was not in military uniform unlike William, because he is no longer a working royal.

The sun shone as the procession moved onto The Mall in central London and members of the crowd threw yellow roses into the road as the gun carriage passed them.

Now at Westminster, a 20-minute service will take place led by the Archbishop of Canterbury.

The doors of Westminster Hall will open at 5pm allowing mourners to pass the Queen's coffin as she lies in state.

Her Majesty was driven into Buckingham Palace for the last time yesterday after she was flown from Edinburgh to London.

She was met at the Palace by the Royals – including Charles, Harry, Meghan, William and Kate.

The Queen remained in the Bow Room overnight before she lies in state from today in Westminster. 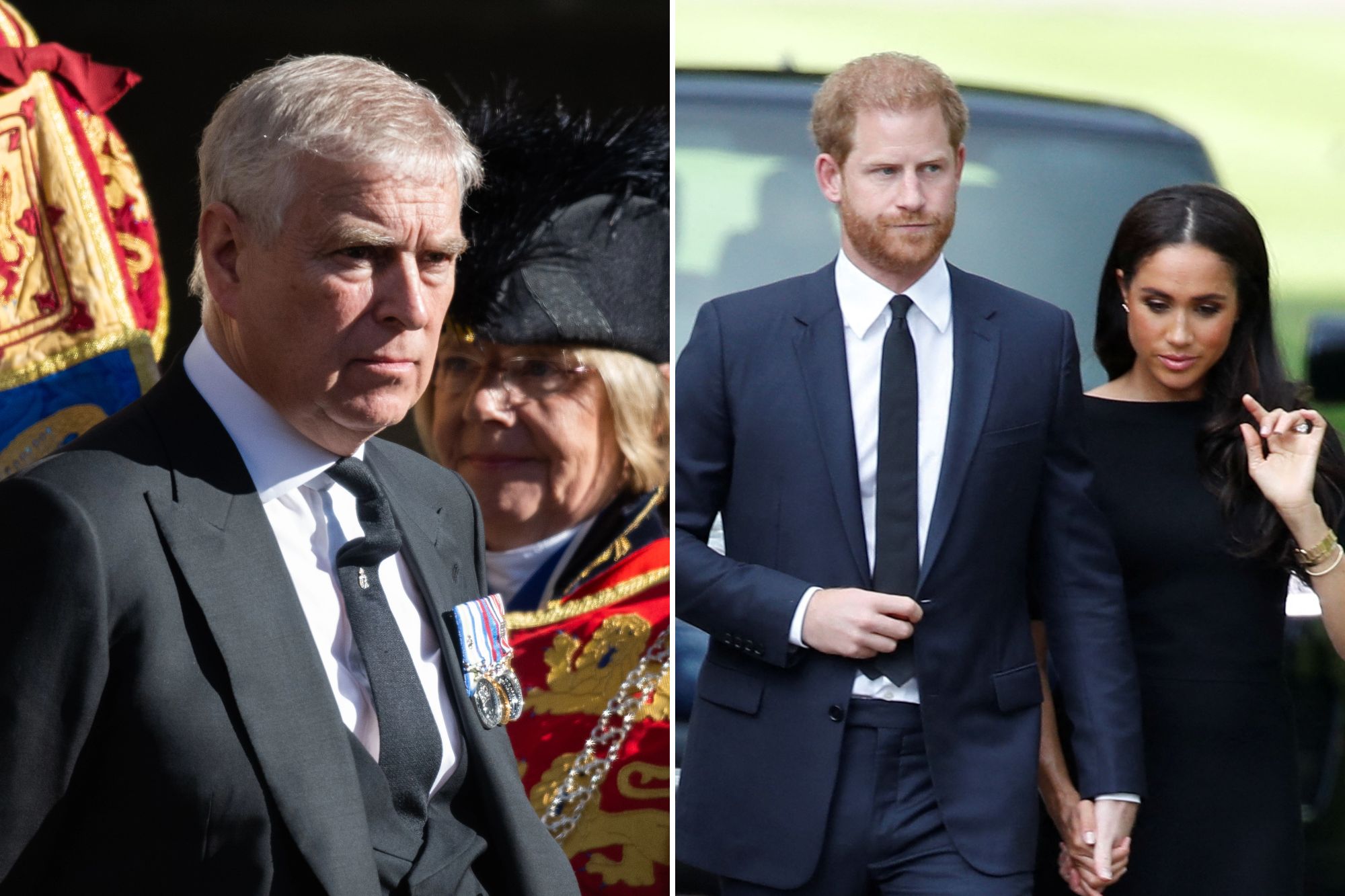 Thousands of people are already lining the streets to see the Queen's coffin before she is taken to the Hall.

Up to 400,000 are expected to descend on the capital today to pay their respects.

Some have camped overnight in the rain to be able to pass by the Queen's coffin from 5pm.

It comes as Meghan and Kate joined their husbands outside Buckingham Palace last week.

The Duke and Duchess of Sussex were greeted by cheering crowds as they joined Wills and Princess to pay tribute to the Queen.

After years of speculated rifts, the royals were seen in public together for the first time since 2020.

Coming together after the new Prince of Wales issued an 11th hour olive branch, the couples arrived in the same car in what was described by a royal insider as "an important show of unity for the Queen.”

After taking the time to speak to the adoring crowds, eagle-eyed fans spotted the heart-warming moment Harry gave his wife Meghan a subtle signal when the four royals walked towards floral tributes. 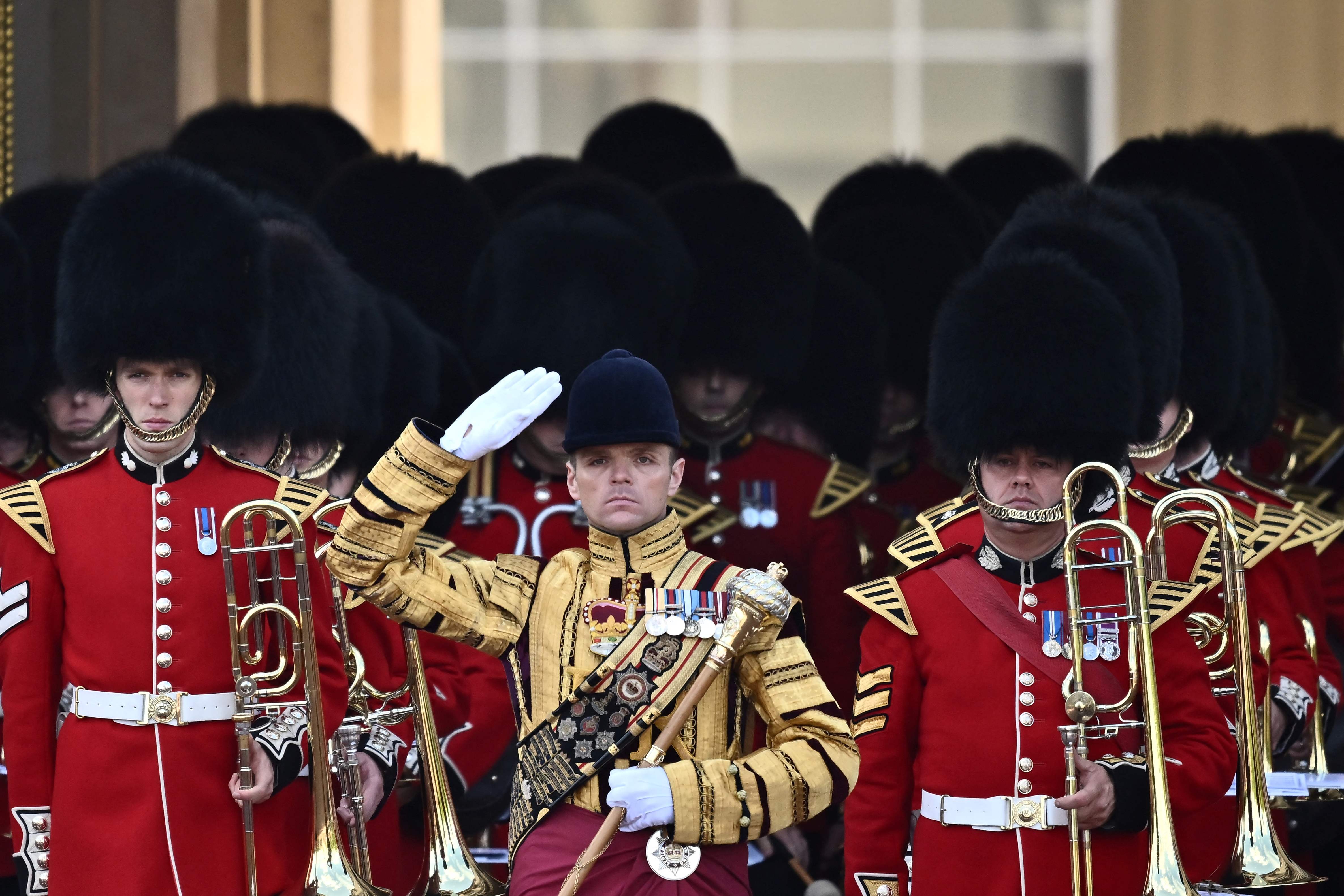 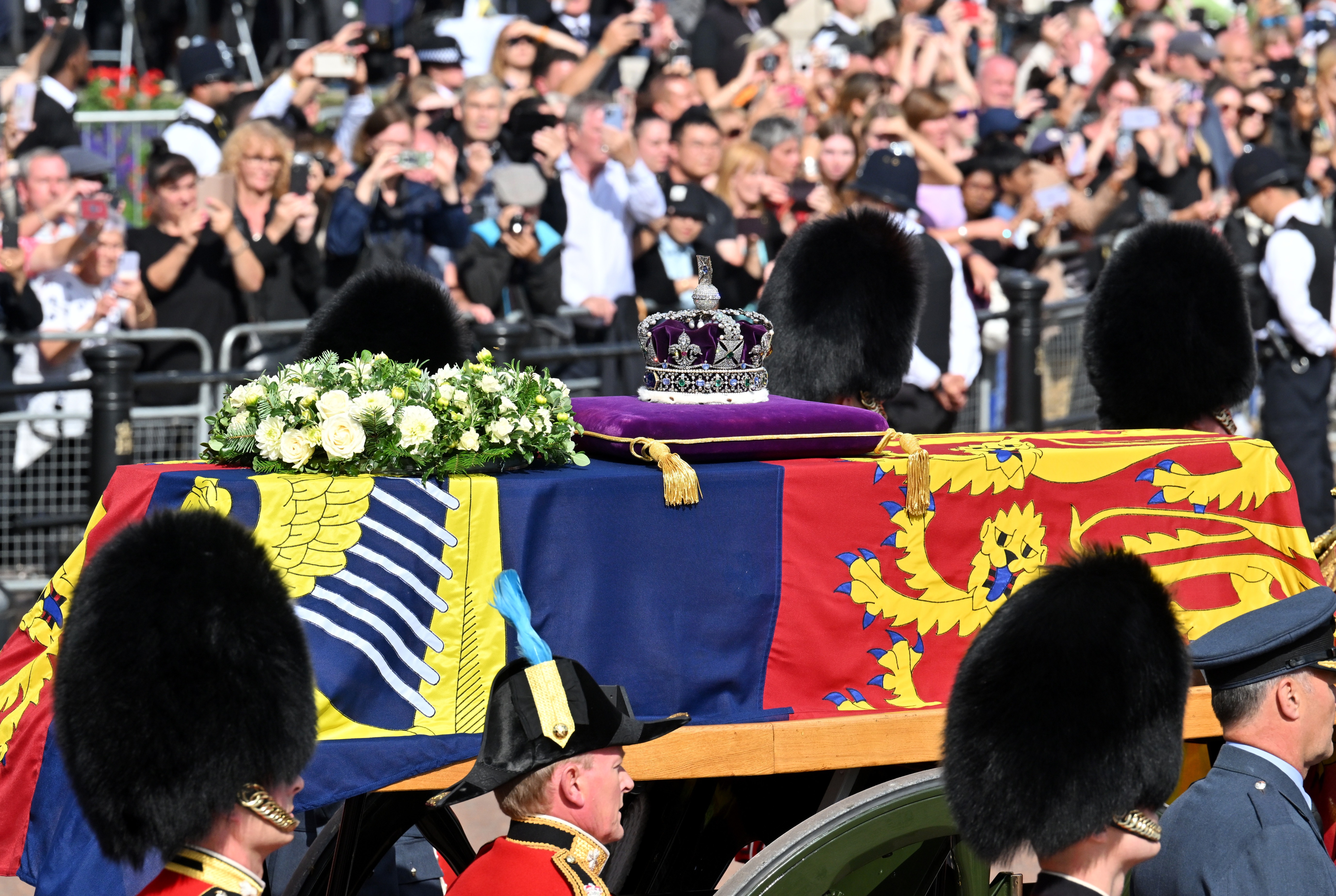 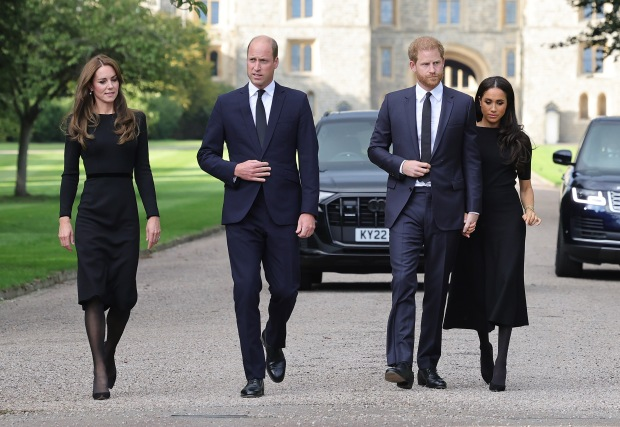