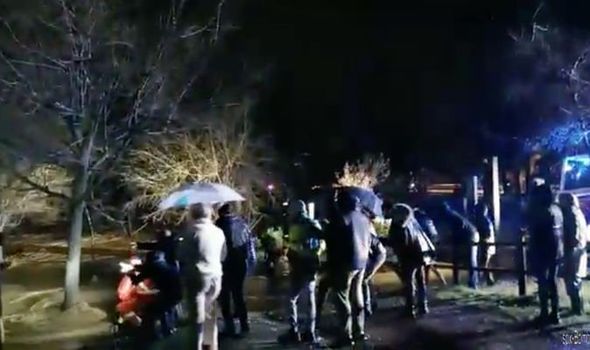 He was one of four people travelling in a car which was crossing the River Fuengirola in Mijas last night/on Friday night when they got into difficulties. The woman he was with drowned but two children with them were rescued according to local reports.

Civil Guard divers have recovered the unnamed woman’s body. Her nationality and that of the missing man have not yet been made public.

An English-speaking woman could be overheard shouting as attempts were made to reach the missing man: “This is Parque El Esparragal in Mijas at the moment, all flooded.

“Some people are stuck in the tree down here. They’re trying to reach them but they haven’t managed to yet. 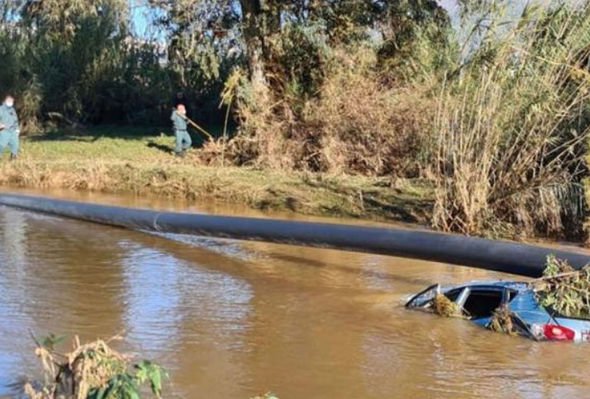 “A few cars have been going down the river as well.”

As the man appeared in the footage and began to be swept downriver while he waved his arms in the air and onlookers threw a buoy attached to the end of a rope for him to try to grab, she added: “Here he goes, this is horrible, this is horrible. Get it, get the police.”