Shocking footage shows a speeding car lose control and smack into a tree before ending up in a weir.

Clips of the incident were then posted to social media by Lee Harris.

The first clip shows the Ford Fiesta appear to lose control while the second shows it skid on a grass verge, feet away from traffic, and collide side-on with a tree.

The impact spins the vehicle and sends it down a steep embankment next to Tykes Water.

The vehicle ends up partially submerged.

A spokesman for Hertfordshire Constabulary said: ‘We were called at around 6.40pm on Wednesday, May 29 to reports that a Ford Fiesta had collided with a tree and had gone into the weir, by Brook Road, Borehamwood. 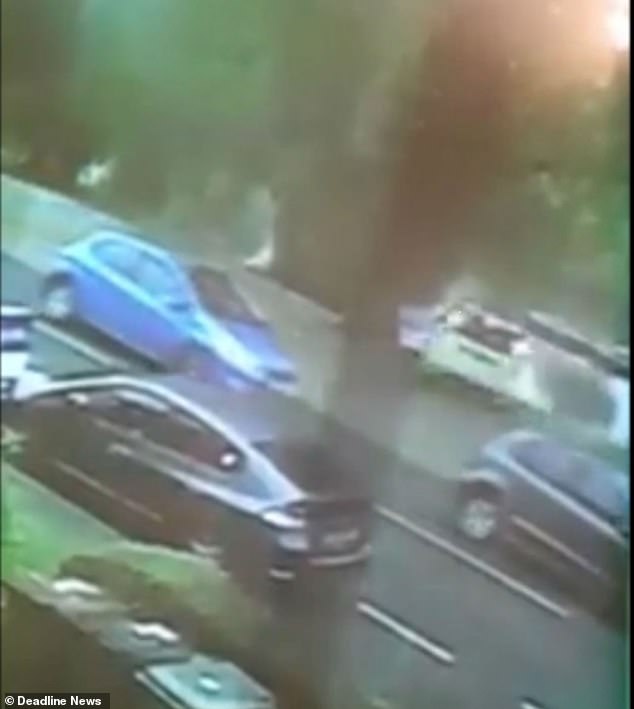 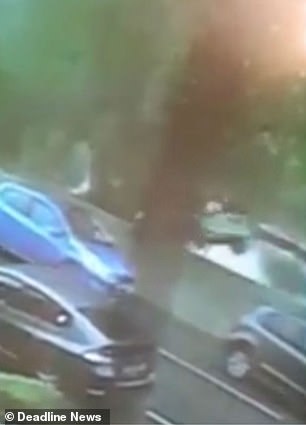 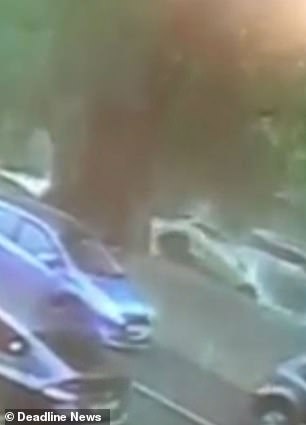 ‘The log refers to two young men being in the car but there were no injuries.’

Charles Wellwood Brown wrote under Lee’s post: ‘Should be arrested and taken to court for reckless driving and endangerment of life.’

Moley Walsh added: ‘Very immature driving. Licence should be confiscated until he is a big boy.’

Subodha Bhatt wrote: ‘Ouch – doesn’t look like brake failure more like speeding and driver failure. Hope the insurance company don’t watch this – they won’t be paying out if they do.

Gillian Batchelor Edwards said: ‘Jesus’s christ. Bloody idiot could have killed someone. Looks like he was doing at least 40 or 50 mph.’ 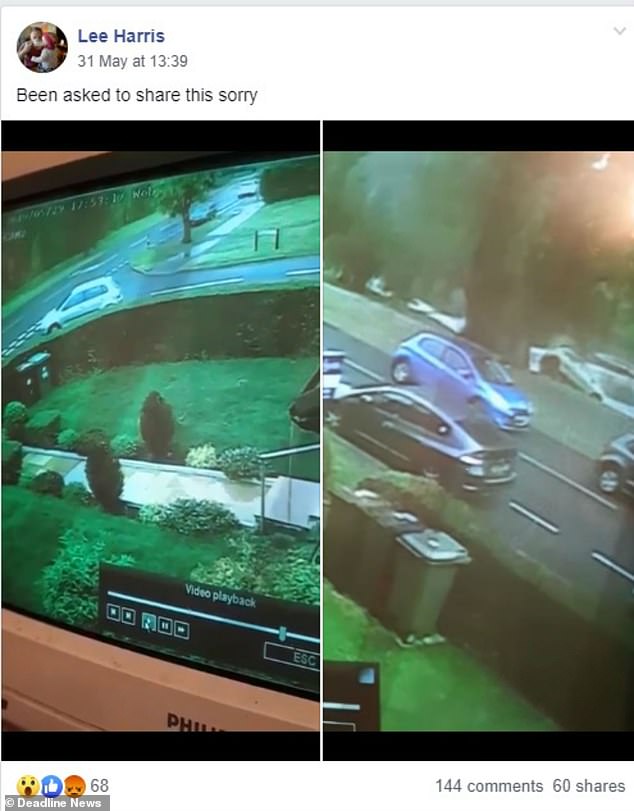