A COVID-fuelled “sperm drought” has heightened fears about unregulated sperm donations, with more women using social media to find donors and some allegedly being assaulted by men offering to help them conceive.

Victorian authorities are also concerned that the growth in informal sperm donations is making it harder for children to track down their biological fathers because information is not always recorded. 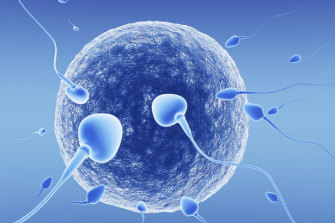 Sperm shortages are fueling a boom in unregulated donor marketCredit:iStockphoto

In one recent case, a woman reported to the Victorian Assisted Reproductive Treatment Authority that she was sexually assaulted by a man who offered to donate “informally” – without the safeguards of a regulated IVF clinic. The matter was then reported to police.

Some men who frequent online sperm donation groups on Facebook and other apps are also disclosing their preference for impregnating women through natural insemination (NI) or sex. “I have postgraduate education, 36 yos, currently working in the accounting/regulatory compliance field,” one post reads. “My preferred method is ivf/clinic or NI”.

There have also been cases where women have been assured by would-be donors that they are comfortable with artificial insemination, only to be pressured towards natural insemination once they meet.

“The woman ends up feeling quite trapped,” said Professor Fiona Kelly, the dean of law at La Trobe University, a renowned expert in family and health law.

“Some pursue it because they presume it will result in conception, but I think if anyone is requesting natural insemination that’s a massive red flag because of the health risks involved.”

While sperm shortages have been an issue for years in Australia, COVID has exacerbated the problem as border closures prevented many patients from travelling overseas or interstate to access regulated treatment with donor sperm. Meanwhile, fewer men have donated to clinics in Victoria, where donations can only be provided on an altruistic basis.

Monash IVF, which started the world’s first donor program in 1975, recorded a 45 per cent decline in the number of sperm donors in Victoria compared to 2019.

“There is definitely a sperm drought in Victoria,” said Monash IVF group medical director Professor Luk Rombauts. “When the pandemic hit in March, Monash IVF had a 90 per cent drop in sperm donor inquiries. Even now, the sperm donor numbers at Monash IVF haven’t recovered to pre-pandemic levels.”

Informal sperm donation is seen by some as an easier option because it allows people to bypass the costs and bureaucracy of regulated clinics, where out-of-pocket expenses can often be $5000 to $7000 for each cycle. By comparison, syringes that are filled with private donor sperm and used for home insemination cost less than $10.

And as more people seek to have children, some Facebook groups and social media apps now have thousands of members each. While many donors are legitimate, others are believed to be breaking Victorian laws that state that donors cannot contribute to more than 10 families.

One prolific Australian donor, for instance, is being investigated by VARTA for reportedly surpassing the 10 family cap by donating sperm to an IVF clinic and informally through a Facebook group.

The growth of the informal system has renewed calls to make regulated IVF clinics more affordable and to encourage more people to donate.

The Andrews government has moved to establish Victoria’s first public egg and sperm bank, and announced $70 million in its latest budget to establish public fertility care services. According to the government, this will help up to 4000 Victorians every year, saving them on average $10,000 each.

IVF clinics require every donor to be screened for infectious diseases such as HIV and donors complete genetic health questionnaires. Clinics require them to provide identifying information for a central register so their offspring can contact them in the future.

“We’ve learnt from many donor-conceived people over the past 40 years that this information is important for them to understand their identity and heritage,” said VARTA chief executive Anna MacLeod, who is urging men to donate through IVF clinics instead of informal channels.

The informal system can also pose risks not only for women desperate to have a baby and their children, but for men. If natural insemination takes place, the donor may legally become a parent and find themselves liable for child support payments.

Men seeking to help couples for altruistic reasons have also been shocked to discover that there is no formal record of their donation. 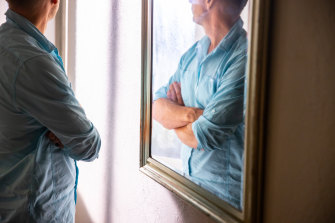 Alan, who does not want to reveal his last name, discovered the pitfalls of informal sperm donation after signing up to an app.Credit:Simon Schluter

Alan, who does not want to use his last name, signed up to the Just a Baby app in 2017 because he wanted to give another couple the gift of a baby. He was nearing 50 and hadn’t met the woman of his dreams.

“It’s a bit like Tinder, which is a bit frightening,” he said of the app, which matches sperm donors with recipients. “If you like each other’s profile you swipe right and you have access to each other.”

Alan matched with a couple in 2019 and told them he wanted to be kept in the loop about the child’s milestones and involved in their life from the moment they requested to meet.

After undergoing a range of health checks, he donated sperm to the couple and their first attempt at artificial insemination was successful.

But Alan started feeling attached to the baby a few months into the pregnancy and told the couple he wanted to play an uncle-like role in the baby’s life from the moment she was born.

“They were unhappy I changed my mind,” he said.

The couple sent Alan photos of the baby when she was three weeks old and he sent her jumpsuits and a music box. He’s had no contact since.

He tried to be put on VARTA’s donor conception register so his biological daughter could contact him in the future, but this is not an option under Victorian law because there’s no formal documentation of his donation.

Now, he says, “I still wake up most mornings thinking of her”.

Informal sperm donation has existed for years in Australia – with online platforms such as Yahoo in the 1990s being used predominantly by lesbians and single women to find donors, partly due to the formal system being inaccessible for many people – but the unregulated market has grown significantly in recent years.

“The difference that we’re seeing now is the very organised nature of it; that it’s extending outside of the queer community; and that there’s a much bigger market, particularly among single women and increasingly couples as well, who are looking for a low-cost version ,” said Professor Kelly.

Sarah Jefford, a Melbourne lawyer specialising in surrogacy and fertility, said informal sperm donation could be done safely, but she advised parties to write an agreement with a lawyer that sets out their intentions.

“It can be the perfect piece of evidence to explain to a judge, if it came to that, this was your intention and this child was born through a donor agreement, not through a parenting arrangement,” she said.

Lauren Burns, who was conceived through sperm donation at Prince Henry’s Hospital in Melbourne in 1983, said many donor-conceived people sought meaningful relationships with their siblings, and would find it distressing to know that “mass production” had created so many siblings “that they would never be able to find them all”.