A FISHERMAN in South Carolina wrangled in the catch of his life when he netted a 1000-pound great white shark with "wicked scratches" on its face.

Chip Michalove, dubbed the Great White Shark Whisperer of Hilton Head Island, was on his small 26-foot fishing boat with just one other fisherman when they nabbed a 12-foot great white shark on Thursday in the sunny state's shark-infested waters. 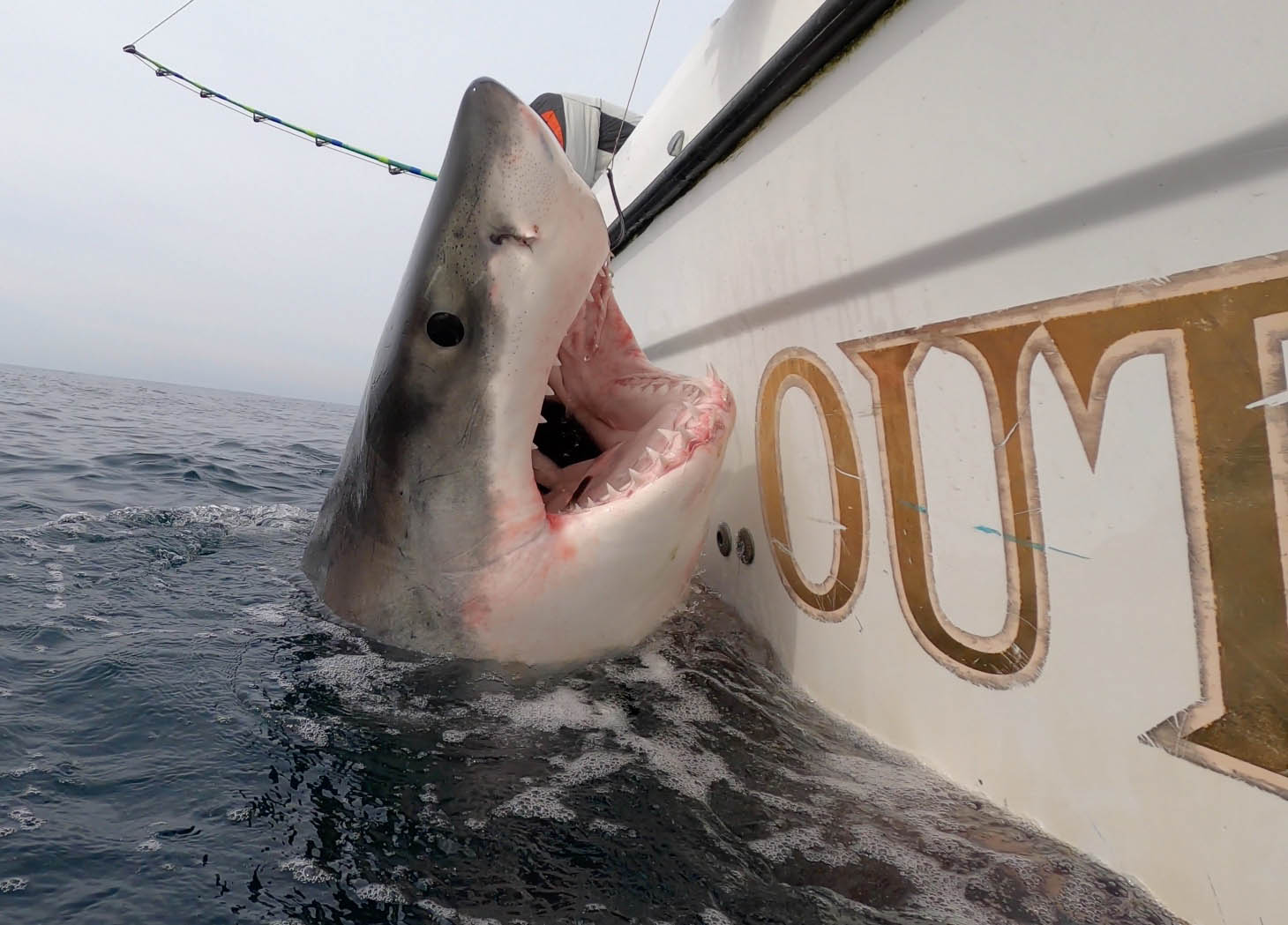 Michalove, who often fishes with two others at Outcast Sport Fishing, was down one man after a last-minute cancellation, leaving Michalove to man the boat with coworker Pavel Vykopel, who had just tore his rotator cuff recently.

"The water is pretty cold right now inshore, and the west wind earlier in the week pushed dirty water out of the shallow water," Michalove told Fits News. "Things weren’t perfect….we thought about canceling the trip."

But Michalove said he and Vykopel carried on, believing that the biggest sharks visit nearby waters in February.

Michalove, who himself has caught and released over 30 great white sharks, said it took about just two-and-a-half hours for the two fishermen to feel a tug at the line. 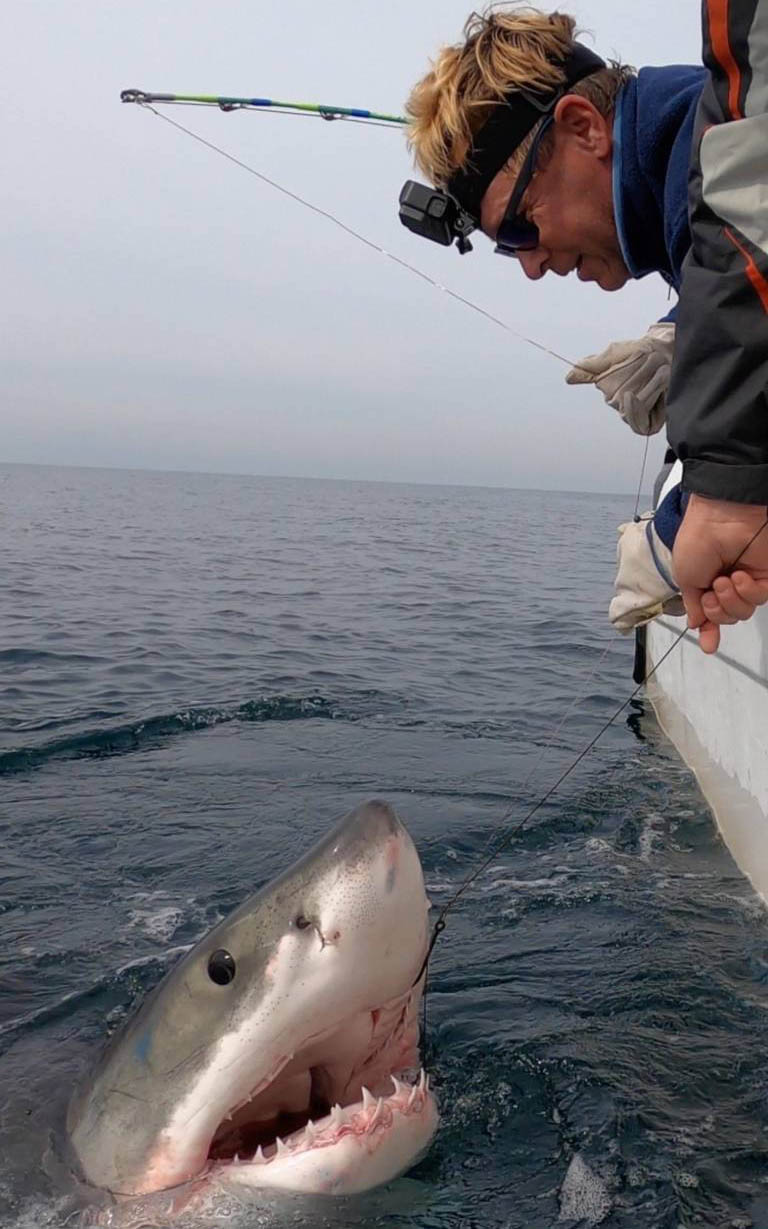 After much tugging and pulling in either direction, the duo were able to reel in a 12-foot 1,000-pound female great white shark.

"This girl was so easy to work on we could’ve rubbed her tongue," Michalove said in a bizarre analogy those on land can hardly fathom.

"The larger ones are always calmer," he continued. "It’s the small ones that are squirrelly and unpredictable."

He added the shark had "wicked scratches" all over her.

"She’s definitely been chasing down some food that bites back," Michalove said.

A Massachusetts Division of Marine Fisheries scientist told Michalove the scratches were probably from a seal.

Michalove's passion for catching sharks meant he ensures his rod-and-reel process puts as little stress on the sharks as possible. 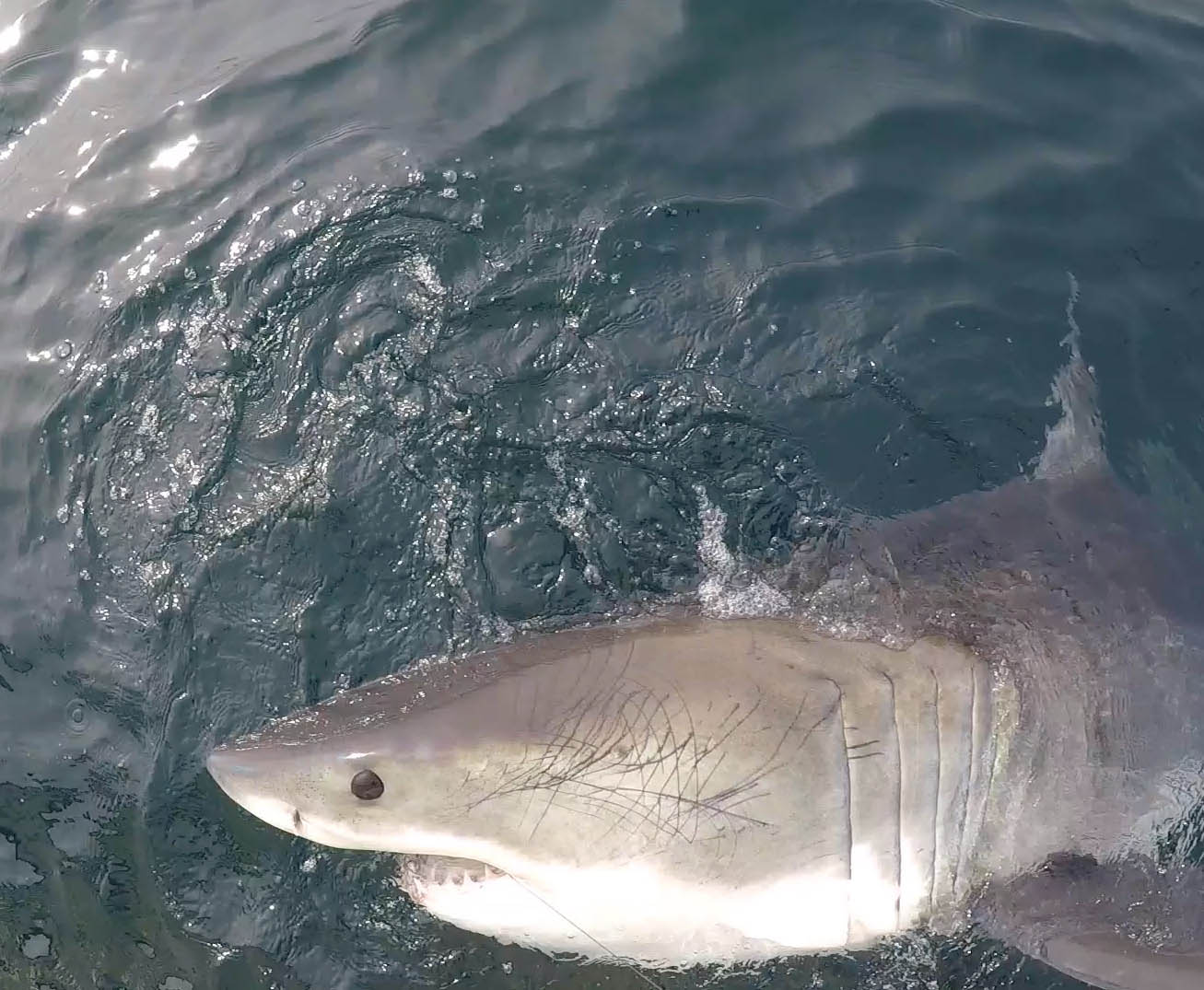 Every time he catches a great white shark, he tries to place a tag on the beast so scientists at the Massachusetts Division of Marine Fisheries can track its movements in the Atlantic Ocean.

He hopes his tagging helps scientists learn about the movements of the mysterious predator.

Unfortunately, since it was only Michalove and Vykopel on the boat Thursday, Michalove said they were only able to place an acoustic tag on the shark before she was released.

When they get a better grip of the shark, Michalove and his crew will place a Smart Position or Temperature Transmitting (SPOT) tag on the shark's fin so scientists at the Atlantic White Shark Conservancy can track the shark's movements in real-time.

Have a curious mind? You too can track the SPOT-tagged sharks with the Sharktivity app.

"Just like any type of fishing, as soon as you think you’ve got it figured out, they fool you," he ended.