A YOUNG woman has been killed and 14 other people left injured after a shootout at a busy bar.

A woman in her 20s was pronounced dead at the scene in St Paul, Minnesota, while the injured were taken to area hospitals for treatment, a police statement said. 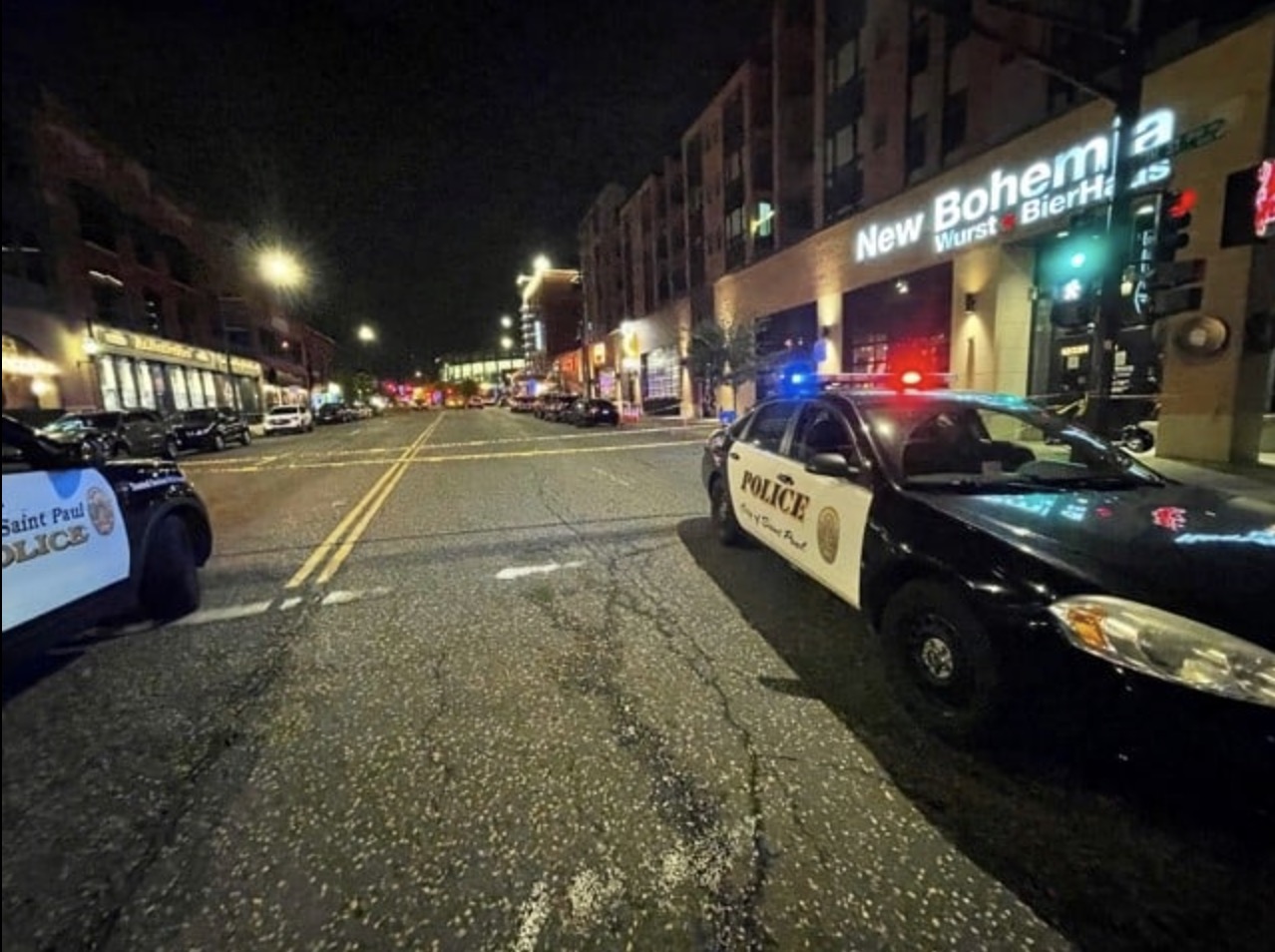 The injured people are expected to survive.

Officers from the St Paul Police Department found a “chaotic scene” when they arrived at the Seventh Street Truck Park bar and food hall, just west of the Xcel Energy Center, at around 12.15am local time Sunday (1.15am ET), the statement added.

St Paul Police Chief Todd Axtell said in the statement: “In an instant, they found themselves caught in a hellish situation,” adding, “We have the best investigators in the country, and we won’t stop until we find the people responsible for this madness.”

Preliminary information indicates that there were several shooters, although a motive has yet to be determined, the statement added.

So far, no arrests have been made.

“My heart breaks for the woman who was killed, her loved ones and everyone else who was in that bar this morning,” Axtell said.

Linders added authorities believe there may be additional victims who have not gone to a hospital.

“This is nothing short of a tragedy,” Linders said. “We had people in the city of St. Paul, out on a Saturday night, having a good time. And we had other people who decided to pull guns with reckless disregard for human life, and pull the trigger over and over and over and over again. And it ended in tragedy. Our hearts break for the young woman who died and for her loved ones. And for everybody who was in that bar.”

The name of the woman who died has not yet been released.

The Ramsey County Medical Examiner’s Office will conduct an autopsy on the woman who died to determine the her exact cause of death and positively identify her.

Following the shooting police investigators could be seen examining vehicles in the area, seemingly looking for evidence and bullet holes.

At least one vehicle was towed away.

St. Paul mayor Melvin Carter said the community had been "devastated" by the news.

In a Facebook post Sunday morning he wrote: "Our community is devastated by the shocking scenes from last night.

"As our Saint Paul officers work to bring those responsible for these senseless acts into custody, our work to build more proactive and comprehensive public safety strategies is more urgent than ever.

"We will never accept violence in our community."

Investigators are asking anyone with information about the incident to call 651-266-5650.

A total of 32 homicides have been committed in St Paul so far this year.