West Australian onshore gas producer Strike Energy hopes to displace about 77 per cent of Australia’s urea fertiliser market with a $2.3 billion plant in the Mid West.

The plant is expected to create about 1000 jobs during construction and use about 86 terajoules of gas from Strike’s Greater Erregulla developments in the Perth Basin to produce 1.4 million tonnes of urea a year to be sold in the Australian agricultural sector. 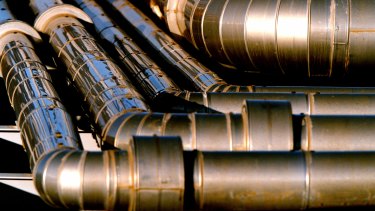 Strike Energy will send its gas to a new Urea plant in the Mid-West.Credit:Michelle Mossop

Strike chief executive and managing director Stuart Nicholls said by using gas from the nearby Erregulla wells the company would keep costs down to internationally competitive levels.

“When you look at the way that fertiliser is consumed by the agricultural sector is that they're very price conscious … ultimately the lowest cost of the supply will generally pick up the contracts,” he said.

“There is a very large amount of international imports that could be displaced through our competitive supply of domestic fertilisers.”

The new plant, dubbed Project Haber, will be built just outside of Geraldton on land leased by the WA government.

Urea is commonly used around the world and Strike predicted, based on current prices, the plant would make between $540 and $700 million a year in revenue.

The plant will also give Strike a new stream to sell natural gas from its onshore wells, which are constrained by state government domestic gas reservation policy to only sell gas to the WA market.

But Mr Nicholls said the urea plant was not a way of circumventing the policy.

“At the start of last year we went into a series of studies to identify other ways that strike would enable a high grading or a value-adding to its natural resource and urea consistently came back as ticking a lot of the boxes for us and our shareholders,” he said.

“I think the way the domestic gas policy update has been written is to encourage the development of these sorts of pieces of infrastructure and to create new and additional demand.”

Before entering the front-end engineering and design phase, Strike will go market to sign offtake agreements for at least 80 per cent of production.

WA is already home to one of the world's biggest liquid ammonia fertiliser plants in the world in the Pilbara.