Stunning manor house once owned by explorer who discovered Falkland Islands on sale for £2.25m

A HISTORIC property owned by one of England's most famous adventurers is on the market for a whopping £2.25million.

Bozomzeal Manor, a Grade II-listed manor house in Dartmouth, Devon, was the former home of Captain John Davis – the man credited with discovering the Falkland Islands. 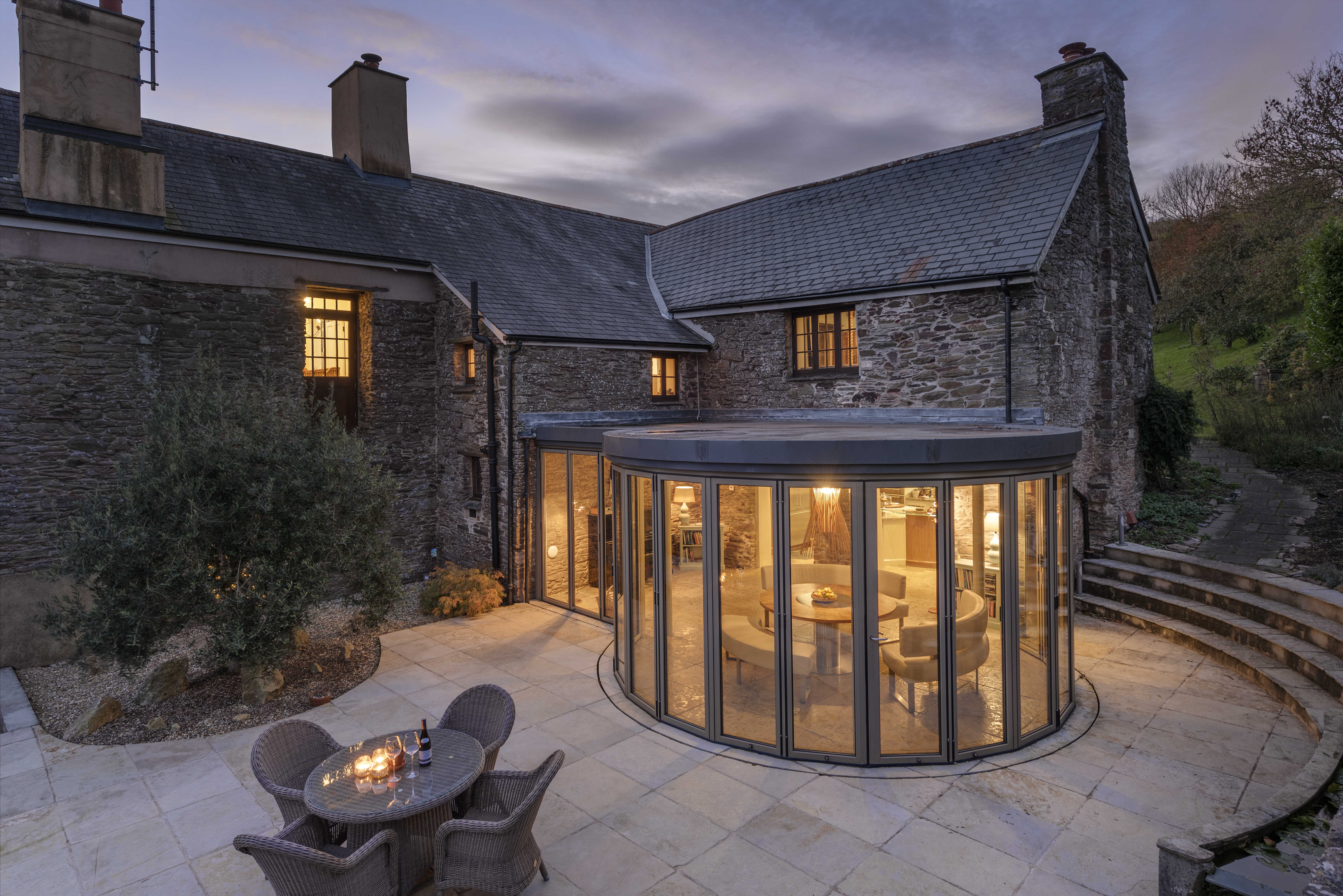 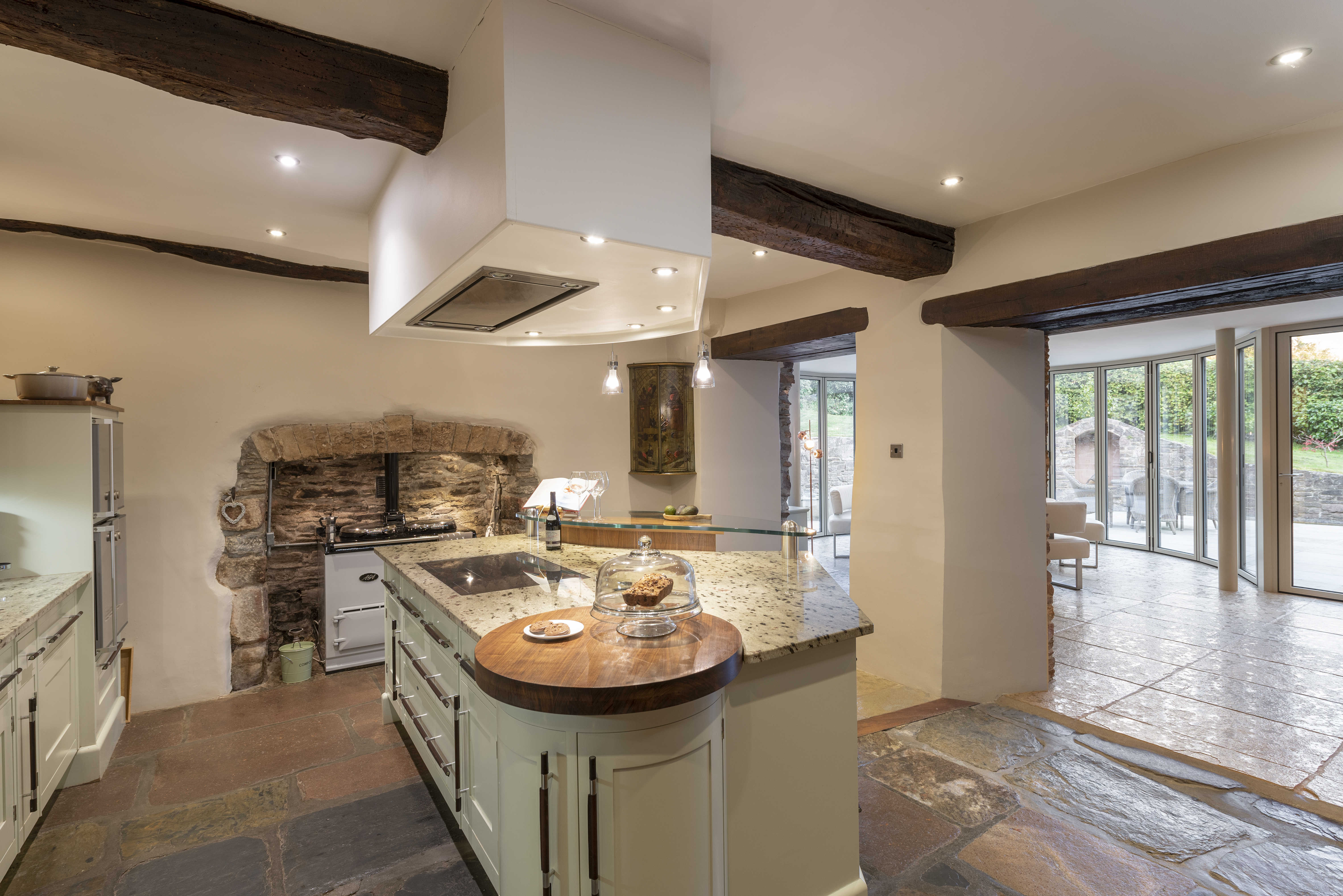 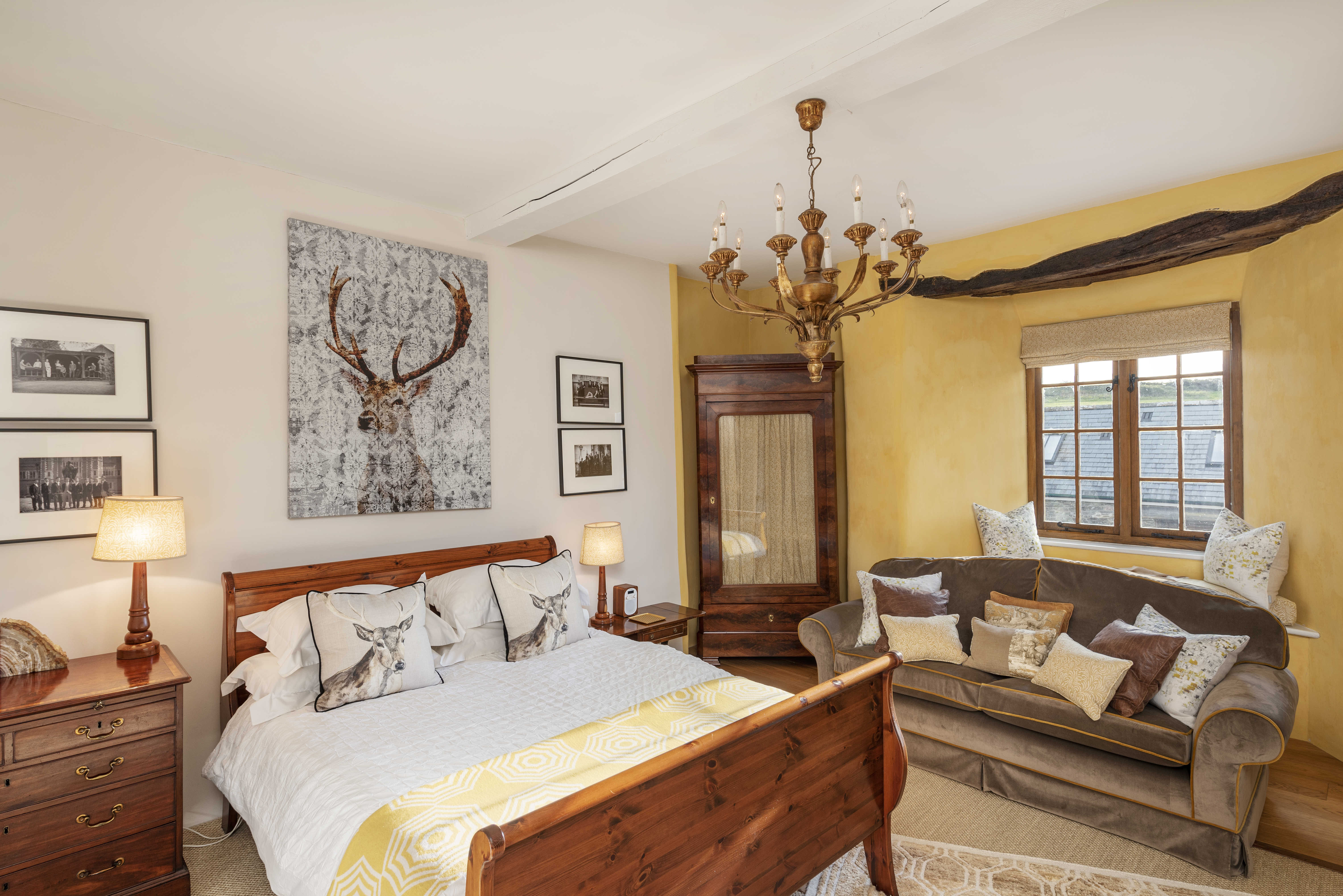 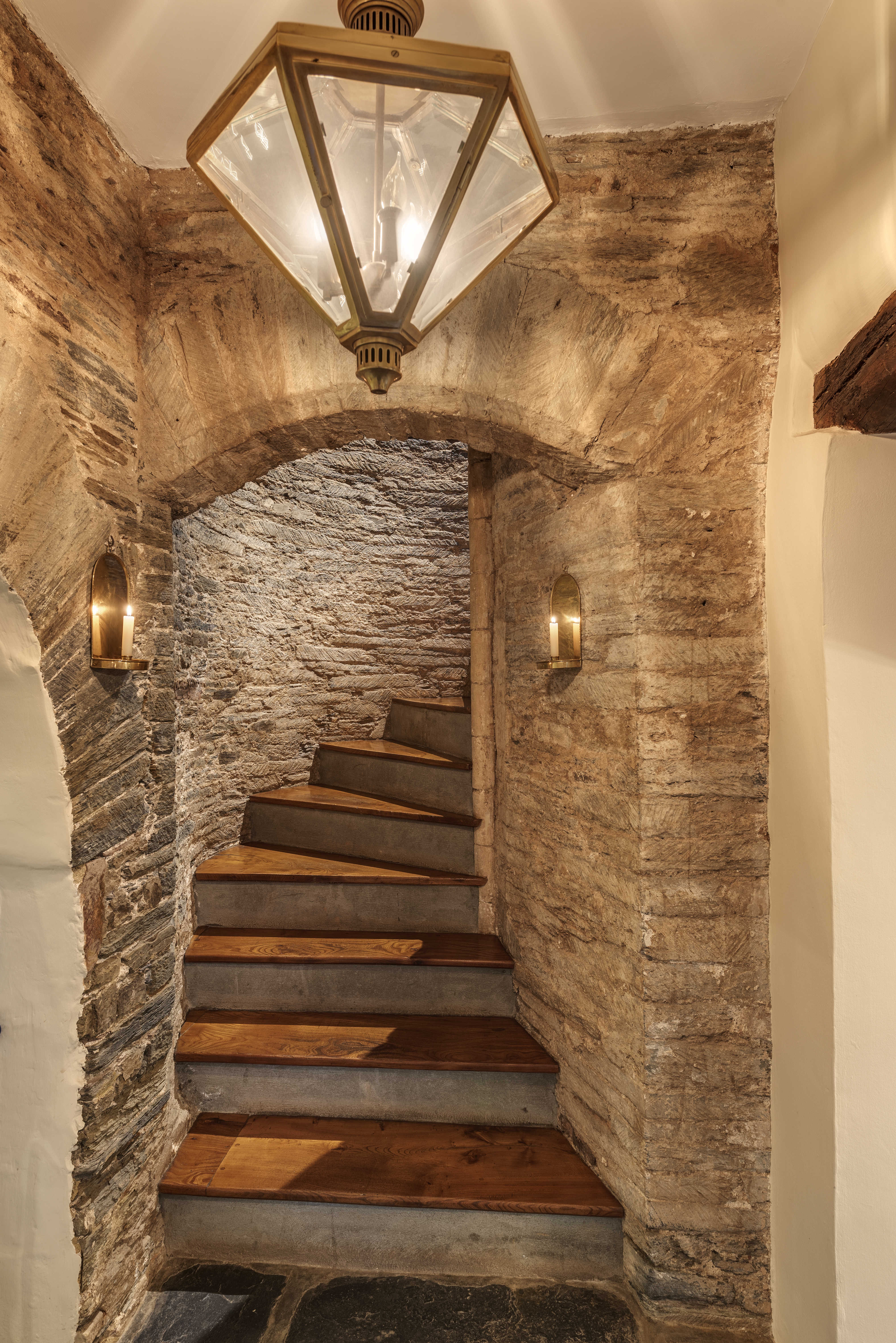 And in later years, the property was taken over by the the descendants of Sir Walter Raleigh.

Now the quirky home, which boasts its own great hall – as well as a more contemporary games room – is up for sale once again.

The house, which stands on the banks of the River Dart, dates back to the 1500s and is thought to have been a former mansion.

Cpt Davis moved into the stunning property during the 16th century.

The dashing adventurer is best-known for his attempts to find a north-west passage to China, and for discovering the Straits between Greenland and Baffin Island, which bear his name today.

He's also thought to have discovered the Falkands in August 1592, during one of his many voyages on behalf of Queen Elizabeth I.

Later still, the home became part of Raleigh's estate. His ancestors owned it until the second half of the last century.

Today, the Grade II-listed manor features four bedrooms, three bathrooms, and a garden room, as well as a dining room and dressing room. 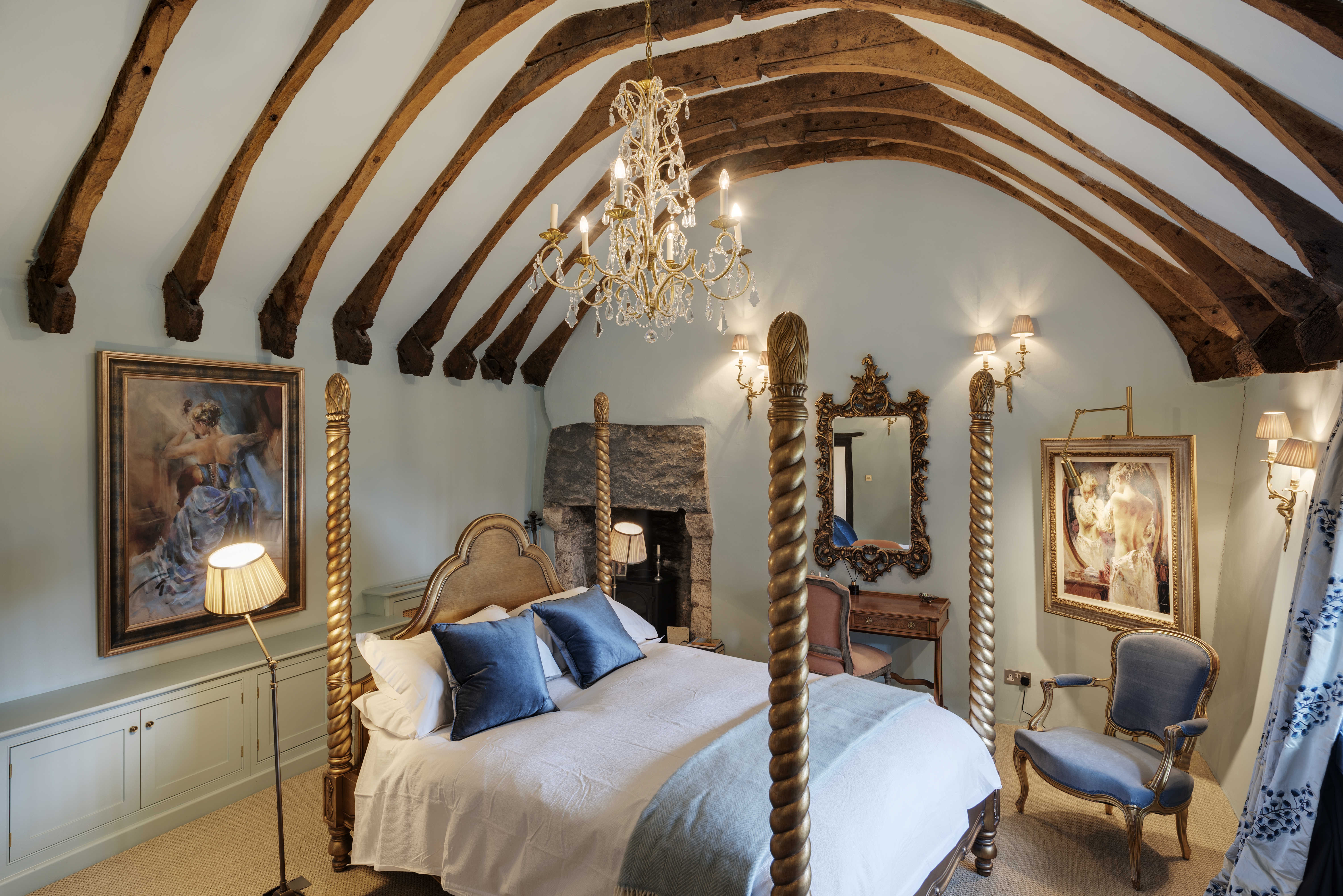 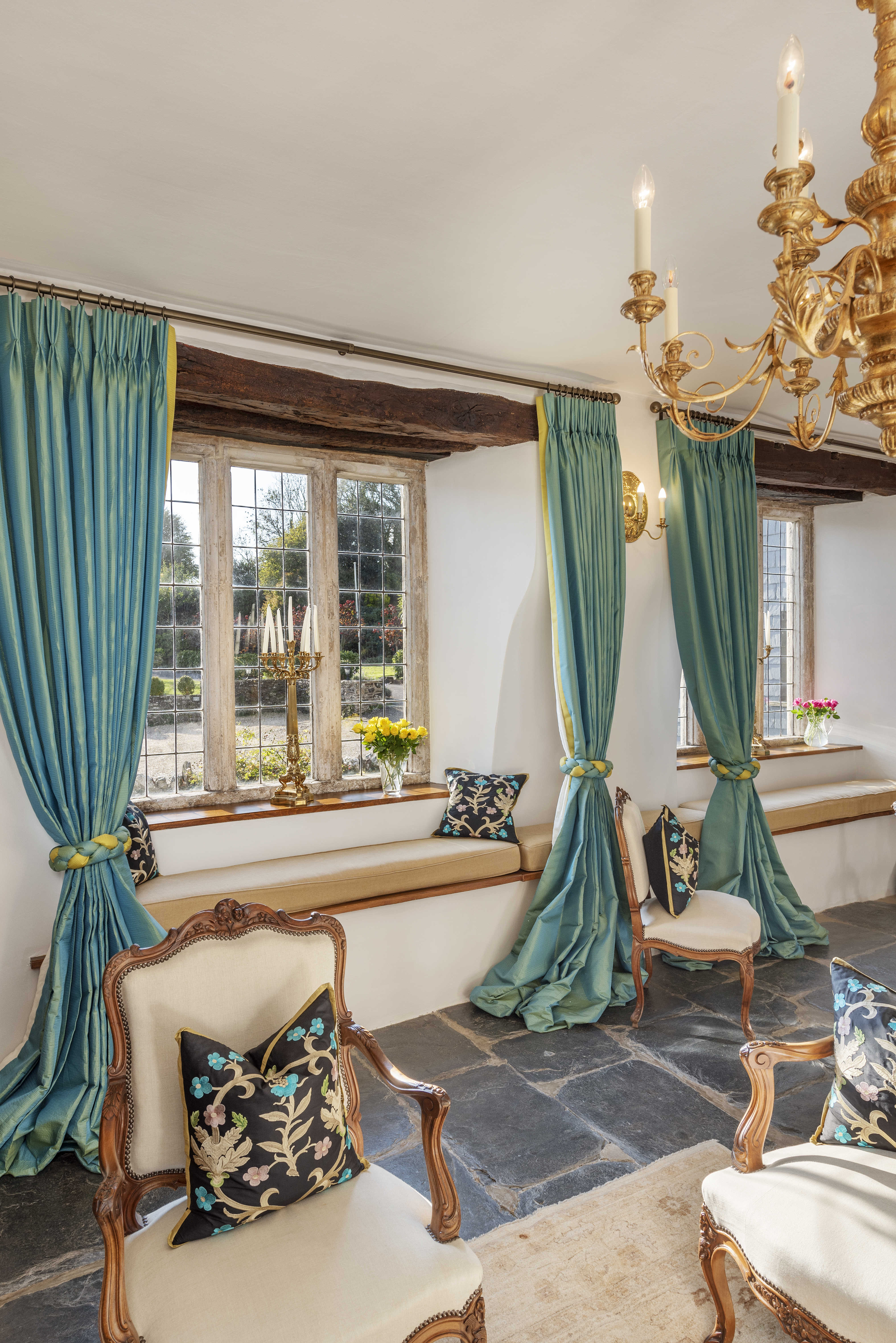 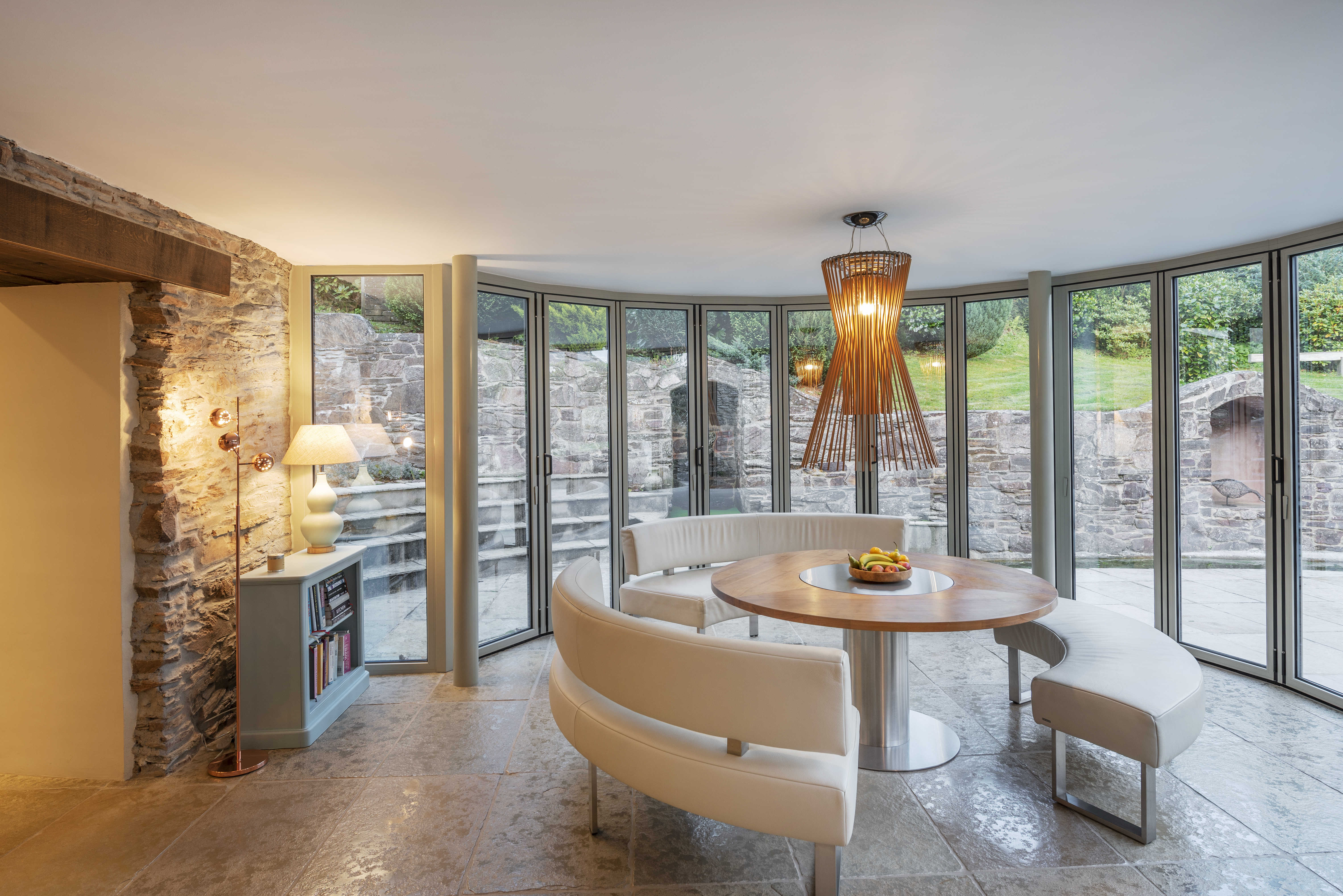 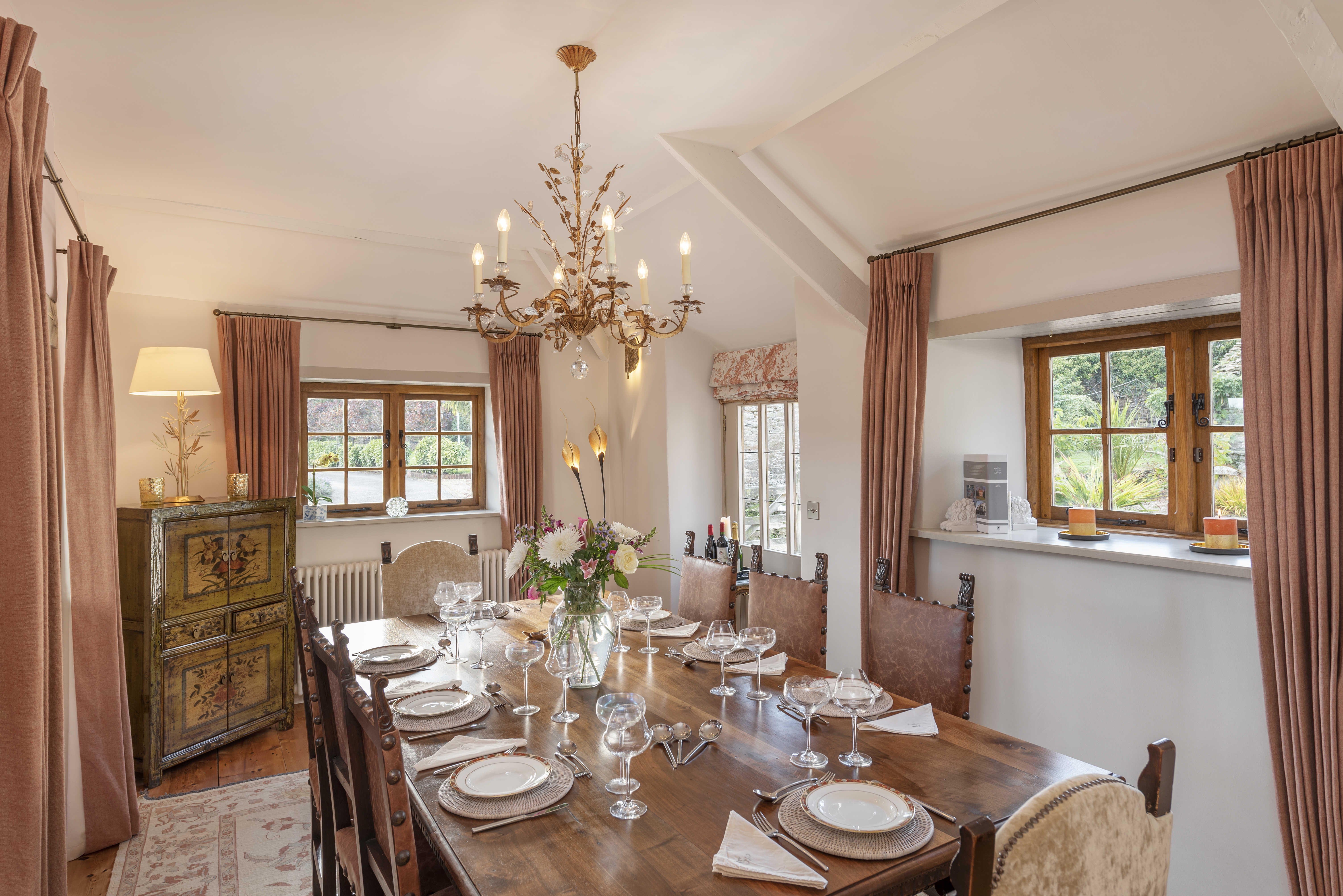 The lucky new owner will also discover a studio and a games room in the grounds of the home, as well as a garage.

The property is set in two acres of character gardens that surround it – and there's space for six vehicles in the gravelled courtyard.

But despite the modern additions, the manor still features plenty of period features, including exposed beams and open fireplaces – many of which are believed to date back to the original property.

Whoever moves in will discover plenty of local history nearby too.

The home sits on Fire Beacon Hill – named for the torches that would have been lit to warn of an approaching enemy.

Devon's long coastline would once have had nearly 100 beacons to alert residents to danger – with the flares in place from the Roman times through to the Napoleonic wars.

It's not the only home with a storied past currently on the market.

The Watertower in South Derbyshire is on sale for £500,000 – but would-be buyers will have to find it first. 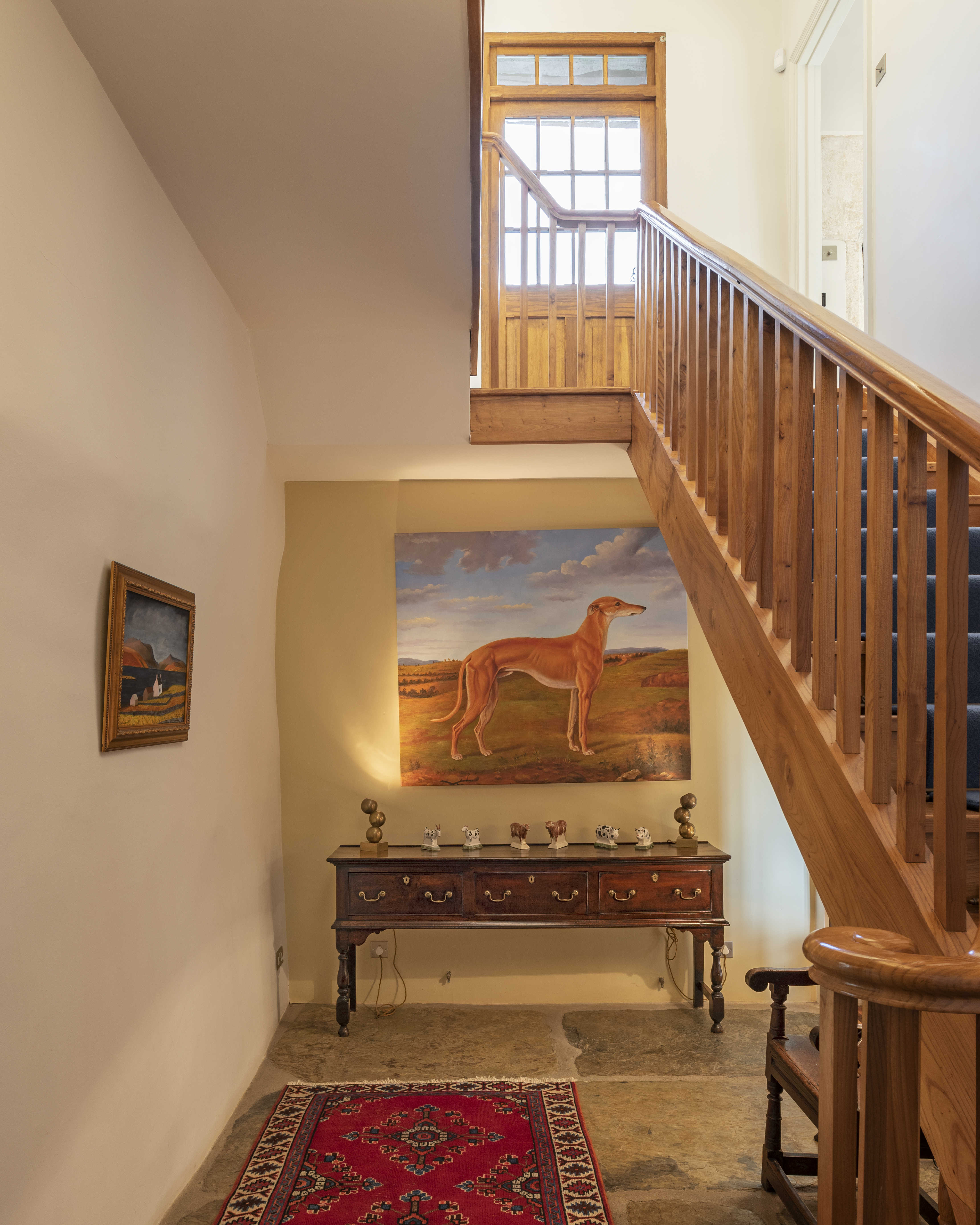 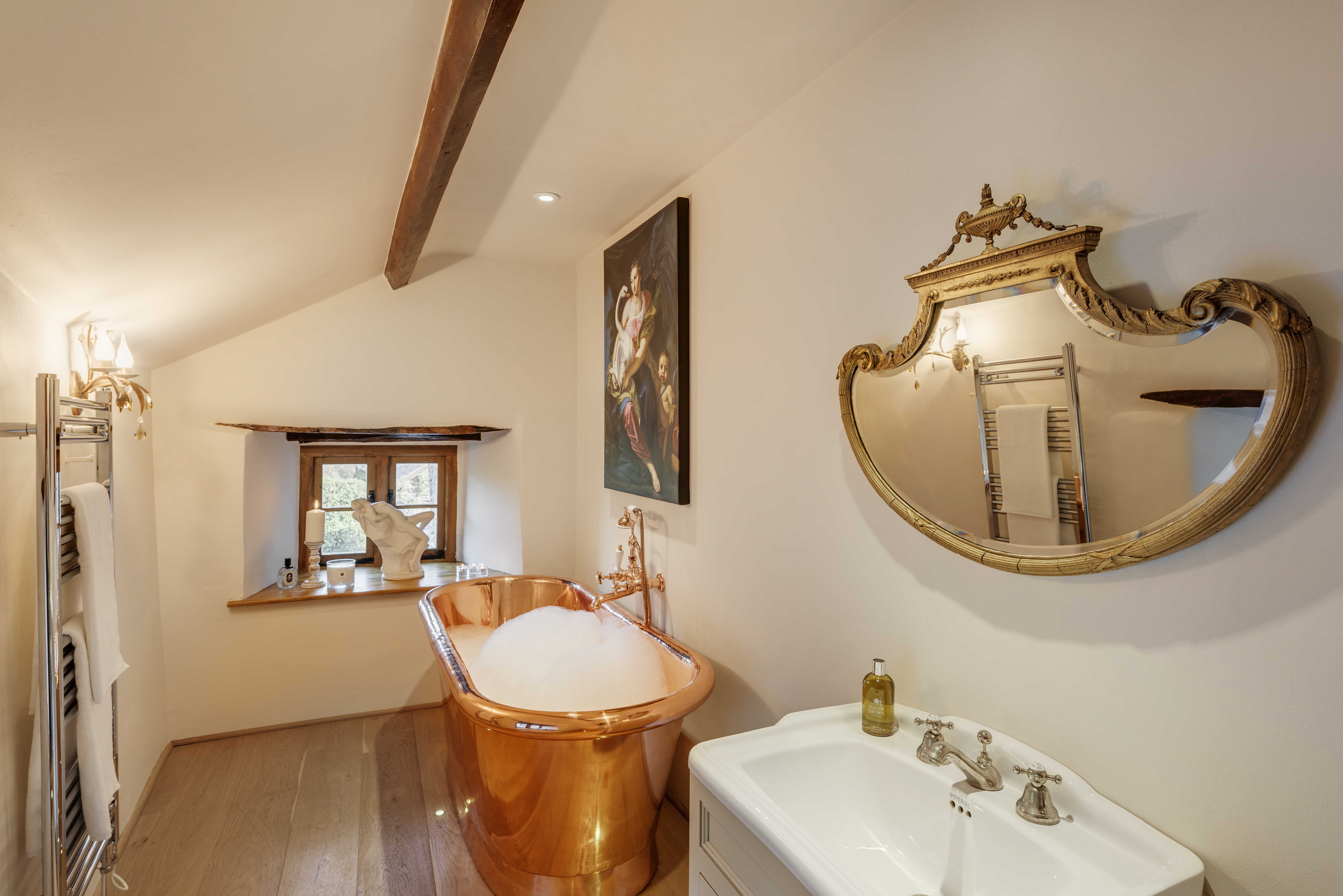 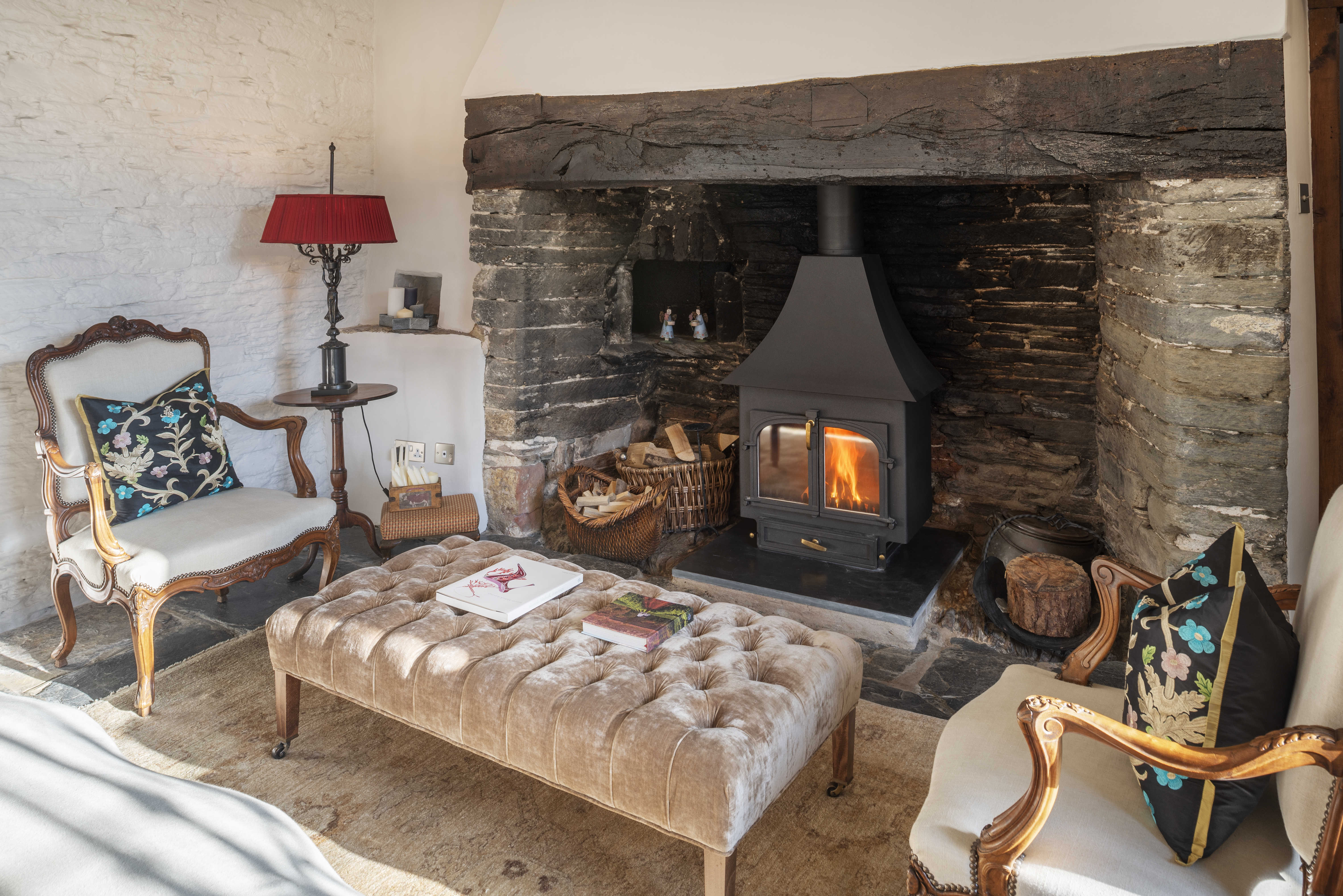 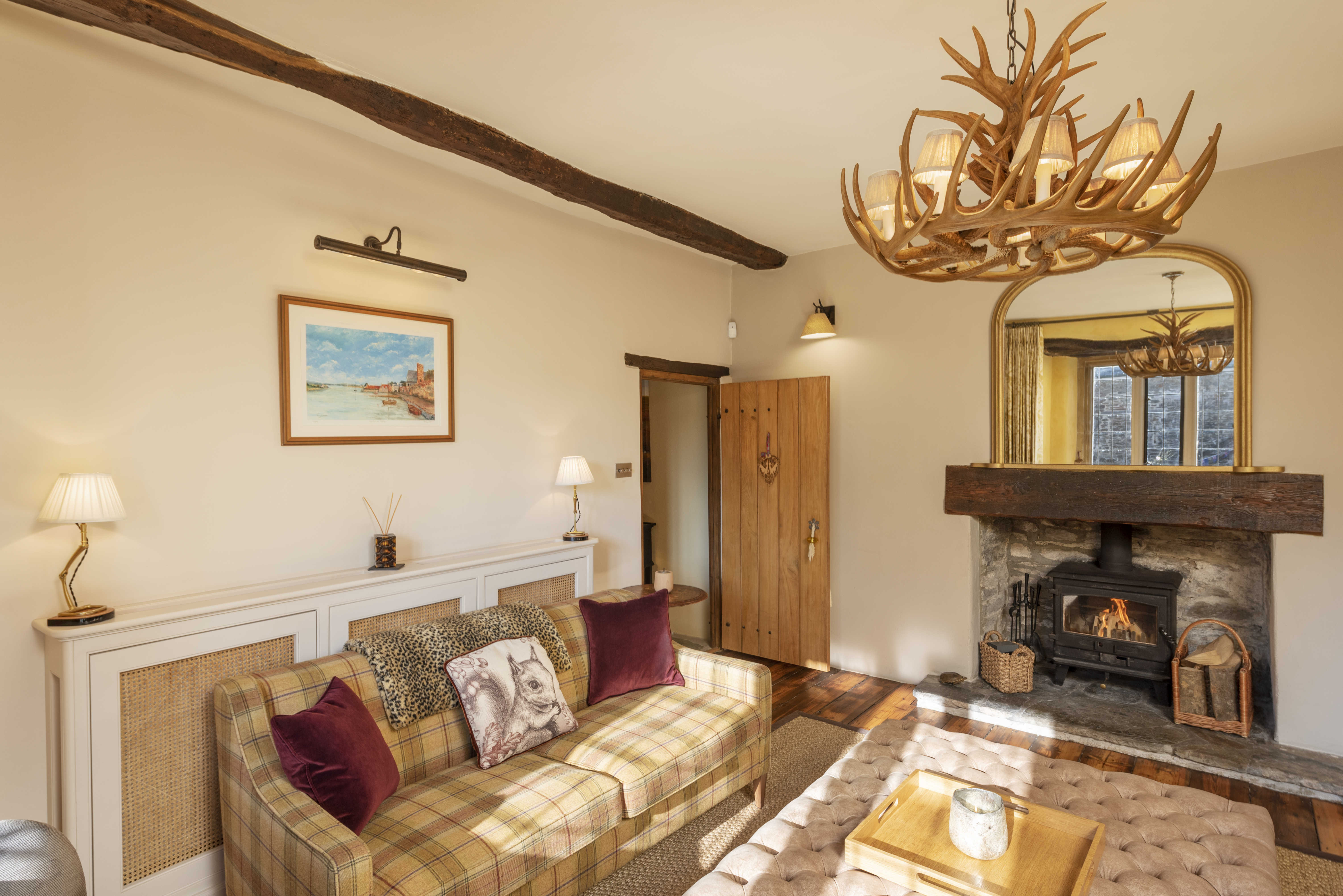 The four-storey house is covered with green foliage that makes it easy to miss for a casual observer.

It was used as a prisoner of war camp during the Second World War.

Then known as Camp 634, or Weston Camp, the land was a base for German prisoners who worked as labourers.

Another unusual home in the East Midlands is also on the market.

The cemetery gatehouse home with a bird's eye view of a graveyard is priced at £350,000.

The 163-year-old building at Louth town cemetery in Lincolnshire, has been converted into a quirky three bedroom home.

And a detached Georgian home on a country estate is up for sale for just £250,000 – but there's a catch.

The property, which sits on the grounds of Grimston Park near Tadcaster, North Yorkshire, is the smallest detached house in Britain.