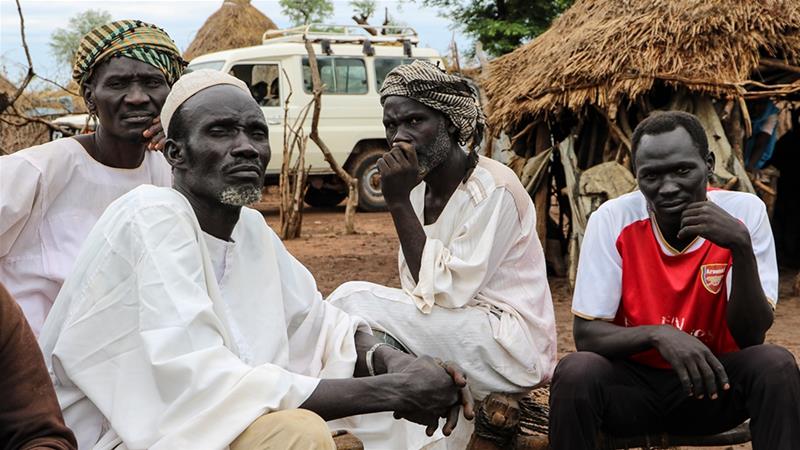 Maban, South Sudan – Khamis Abdallah doesn’t make eye contact when he speaks, nor does his voice rise above a whisper. Two years ago his older brother was hacked to death with a machete when fighting erupted in Abdallah’s hometown in Sudan’s Blue Nile state.

Visibly traumatised, the 25-year-old now lives in the squalid Kaya Refugee Camp across the border in South Sudan, longing for the day he can return home.

“Life is very hard here,” he said hanging his head.

Some fled there in 2011 when Sudan’s then-President Omar al-Bashir attacked Blue Nile, sparking years of war.

Others, like Abdallah, sought refuge in 2017 when internal fighting broke out within the Sudan People’s Liberation Movement North (SPLM-N), a rebel movement controlling parts of Blue Nile as well as the Nuba Mountains in South Kordofan state.

When South Sudan gained independence from the north in 2011, the fates of the two areas had yet to be determined and remain unresolved.

Years of fighting in Blue Nile have forced half a million people into neighbouring countries, according to a report by the Sudan Relief and Rehabilitation Agency, the rebels’ humanitarian wing.

Refugees yearning to go home were given a glimmer of hope in April when, after months of demonstrations by pro-democracy protesters in Sudan’s capital Khartoum, President Omar al-Bashir was removed following three decades in power.

A rebel leader, Malik Agar, seized the opportunity and for the first time since 2011 sent a delegation to the capital, Khartoum, to negotiate with the Transitional Military Council (TMC) – Sudan’s new de facto leaders.

Agar told Al Jazeera that at the time they’d reached a “tentative” agreement. Within six months, both Blue Nile and the Nuba Mountains would be on a path towards peace, freedom and autonomy within Sudan, he said.

But the dynamic changed on June 3 when a weeks-long sit-in by demonstrators in Khartoum was violently dispersed.

Soldiers with the Rapid Support Forces (RSF), a paramilitary known for committing atrocities in Darfur, South Kordofan and Blue Nile, led an attack killing more than 100 protesters according to a report by Human Rights Watch.

The RSF is now deployed in large numbers across the capital as well as other towns in Sudan and is “more powerful than ever before, with little reason to fear being held to account for violations and crimes against civilians”, the report said.

Hopes for a peaceful transfer to civilian rule after al-Bashir’s removal have started to fade.

The situation in Khartoum has left the conflict along Sudan’s southern border in “stasis”, according to Jeremy Taylor, regional advocacy adviser for the Norwegian Refugee Council.

“For Sudan’s refugees in Maban, the hope that the protests in Khartoum and other cities will ultimately realise peace, is tempered by the reality that they do not know when or how they might return to their homes,” he said. 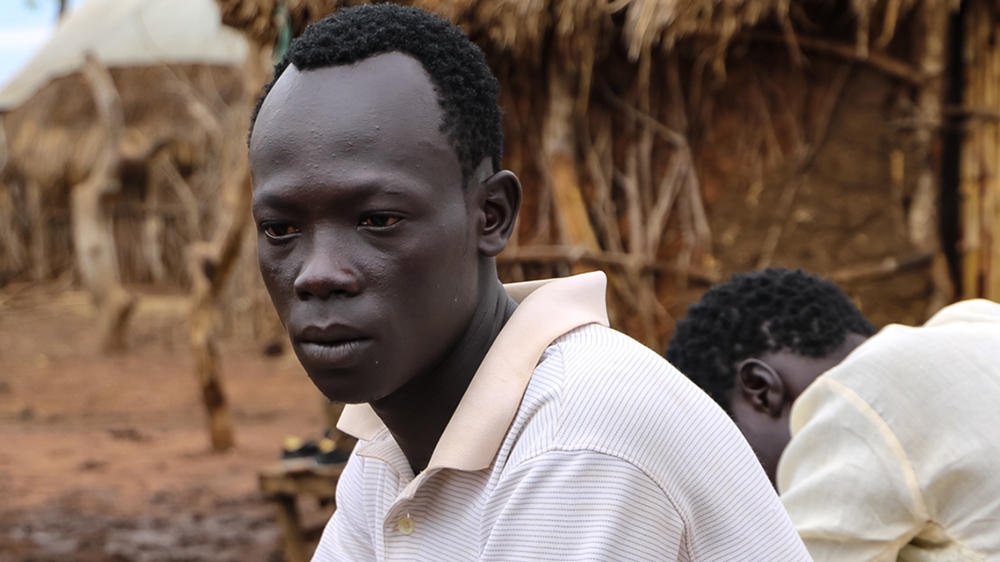 “We need the international community to stand with us and push the Military Council to solve this issue quickly because we need to go home,” Hassan Junga, a camp resident told Al Jazeera.

“Problems will increase if we remain,” he said.

Conditions in the camps are dire. On a trip to Maban in June, Al Jazeera met more than a dozen refugees who all said they wanted to leave.

Steeped in mud and flooded with water when it rains, residents complained of a lack of land to cultivate, thorny relations with the host community and a shortage of food.

Since 2015 there’s been a 30 percent cut in food rations to the refugees in the camp, according to the United Nations.

Six months ago, a 10-year-old girl fell out of a tree and died while she was searching for fruit to eat, according to several camp residents. Other children have injured themselves in similar ways.

While attempts have been made to coexist peacefully with the host community, South Sudan is reeling from its own crisis.

Five years of fighting have killed almost 400,000 people, displaced millions and plunged pockets of the country into famine.

More than 850,000 South Sudanese are living as refugees in Sudan according to the United Nations refugee agency (UNHCR).

As the country slowly emerges from fighting with a fragile peace deal signed in September, the situation remains unpredictable.

Opposition leader Riek Machar was expected to return in May to once again serve as President Salva Kiir’s deputy, yet the formation of a unity government has been delayed until November due to key issues of the agreement that have yet to be implemented, including security arrangements for Machar.

Trapped between unfolding uncertainties, humanitarians along the border are “preparing for anything” said one aid worker in Maban who was not authorised to speak on the record.

If South Sudan’s peace deal holds, it could provide for a more peaceful and secure environment for the Sudanese refugees, Andreas Fiadorme senior protection officer for UNHCR in Maban said.

But if the situation in Sudan deteriorates, that could also push a lot of South Sudanese refugees in Sudan to return, along with more Sudanese, putting a strain on the already limited resources and fragile situation.

“When it comes to a potential influx [of people] we don’t have the resources,” Fiadorme said. 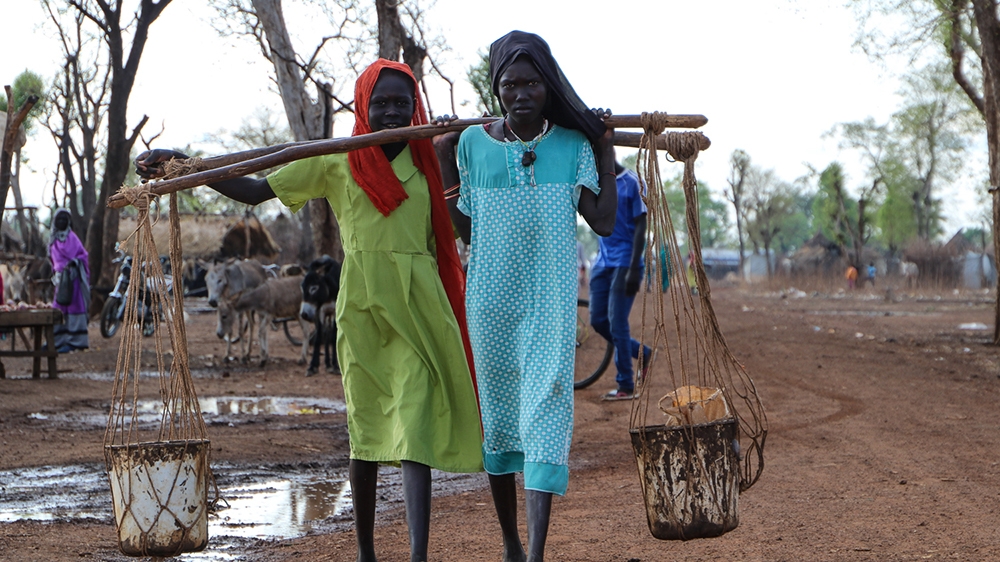 During southern Sudan’s decades-long war with the north for independence, fighters from Sudan’s SPLM-N in Blue Nile fought alongside rebels from the south. Many people from Blue Nile think the historical ties mean much of the onus is on South Sudan to mend the fissures within the country.

“Kiir has a responsibility to broker peace [in Sudan] because we’re living in his country. He can put pressure on both sides to solve this issue,” according to Youssef Usoman, a resident of Kaya Refugee Camp in Maban.

Last week, President Kiir sent an envoy to Khartoum to speak with the TMC and the Declaration of Freedom and Change Forces (DFCF), a coalition of protest leaders, to bring both sides to “some sort of understanding,” government spokesman Ateny Wek Ateny said.

President Kiir has also held several meetings with the political leaders of the SPLM-N to fix the internal rift within the party but so far to no avail.

“In April people were feeling hopeful but now they’ve given up,” Hassan said.