SUMMER travel has become a nightmare as around 500 flights a day are getting canceled due to a shortage in pilots.

It comes right as the passenger numbers have tripled after Covid-19, with more than 10 million Americans travelling over the Fourth of July holiday weekend. 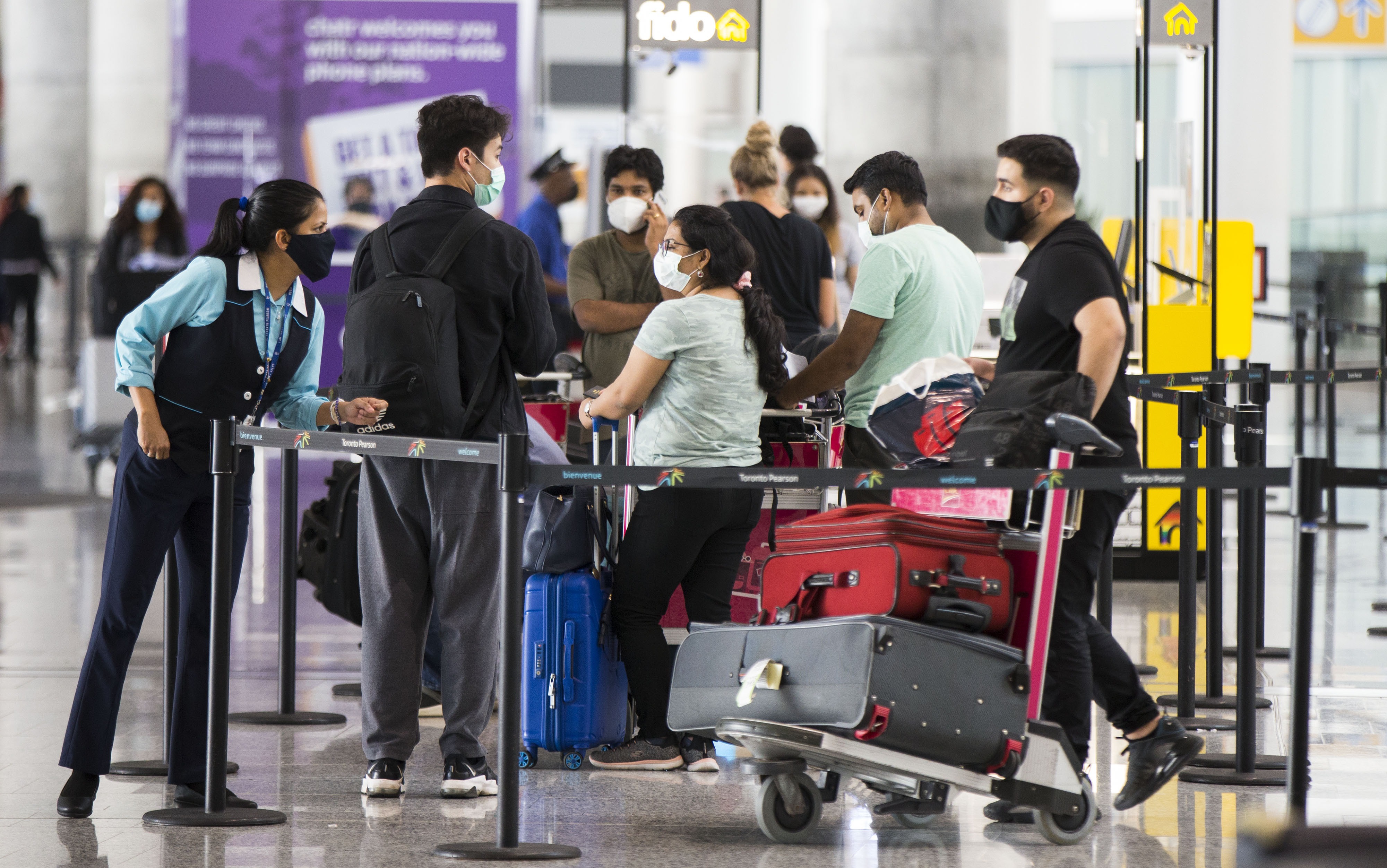 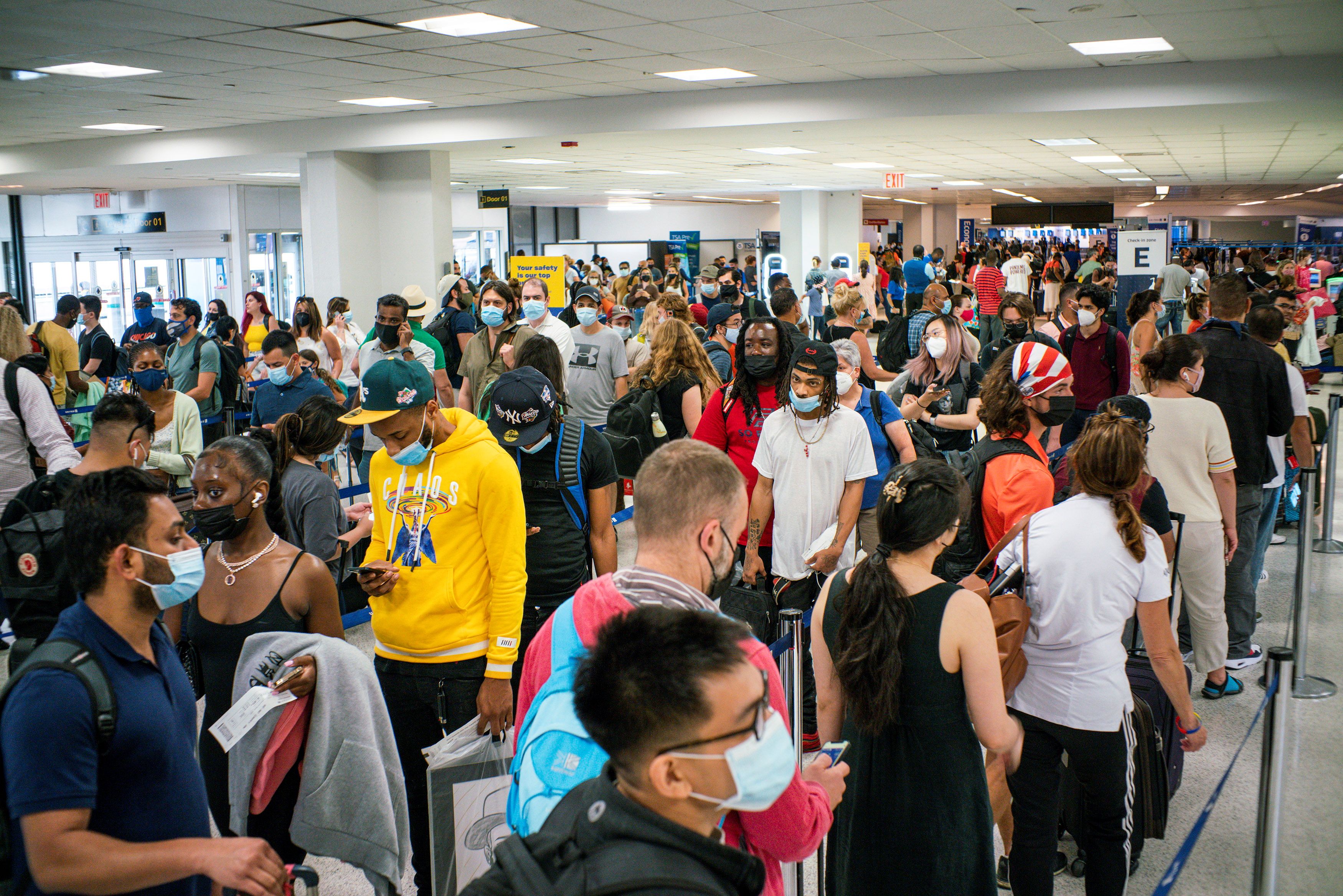 According to data from the US Transportation Security Administration more than 10.1 million people traveled between July 1 and July 5- three times as many as in the same period last year.

Since the beginning of the pandemic in March 2020, thousands of employees were offered early retirement and buyouts, but now airlines are racing to fill the positions again.

With a large number of pilots retired, the country is also racing to train new pilots who can replace them.

The pilot shortage has caused chaos, with hundreds of cancelations and delays, leaving travelers frustrated.

A total of 493 flights were canceled in, out and within America on Tuesday and over 5000 were delayed.

Airlines are struggling to meet with the increased passenger demand and pilots believe the problem is caused by lack of training. 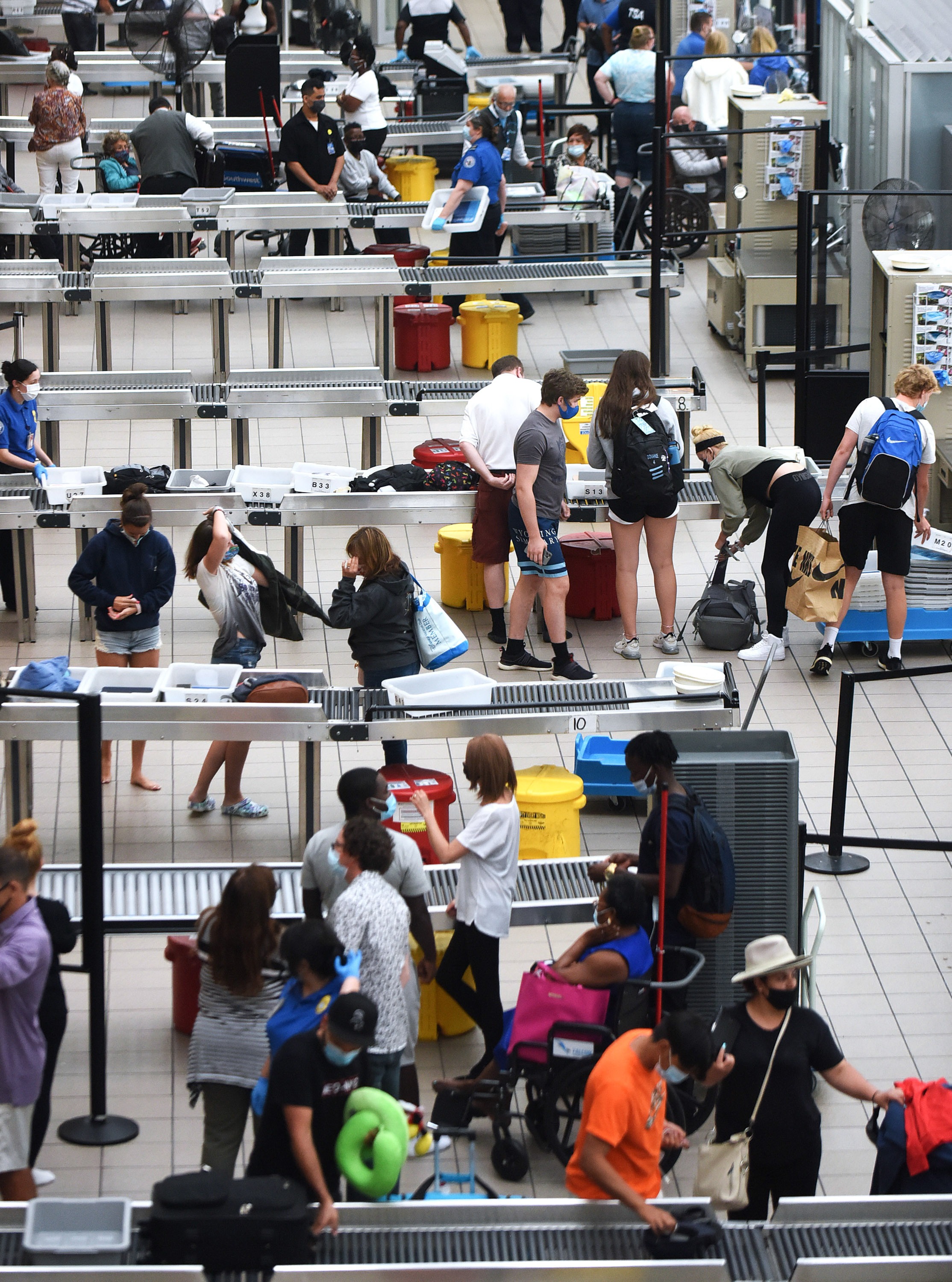 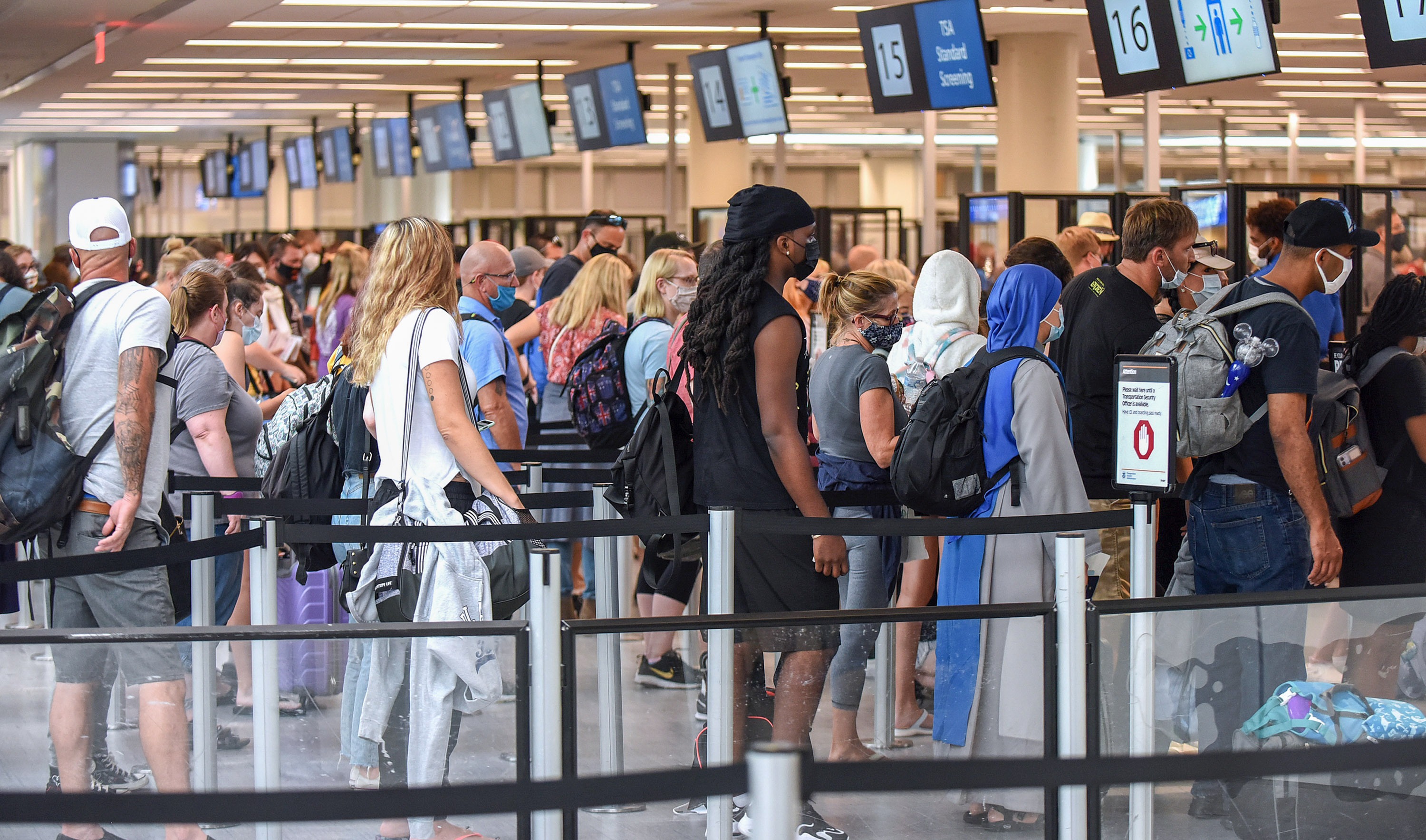 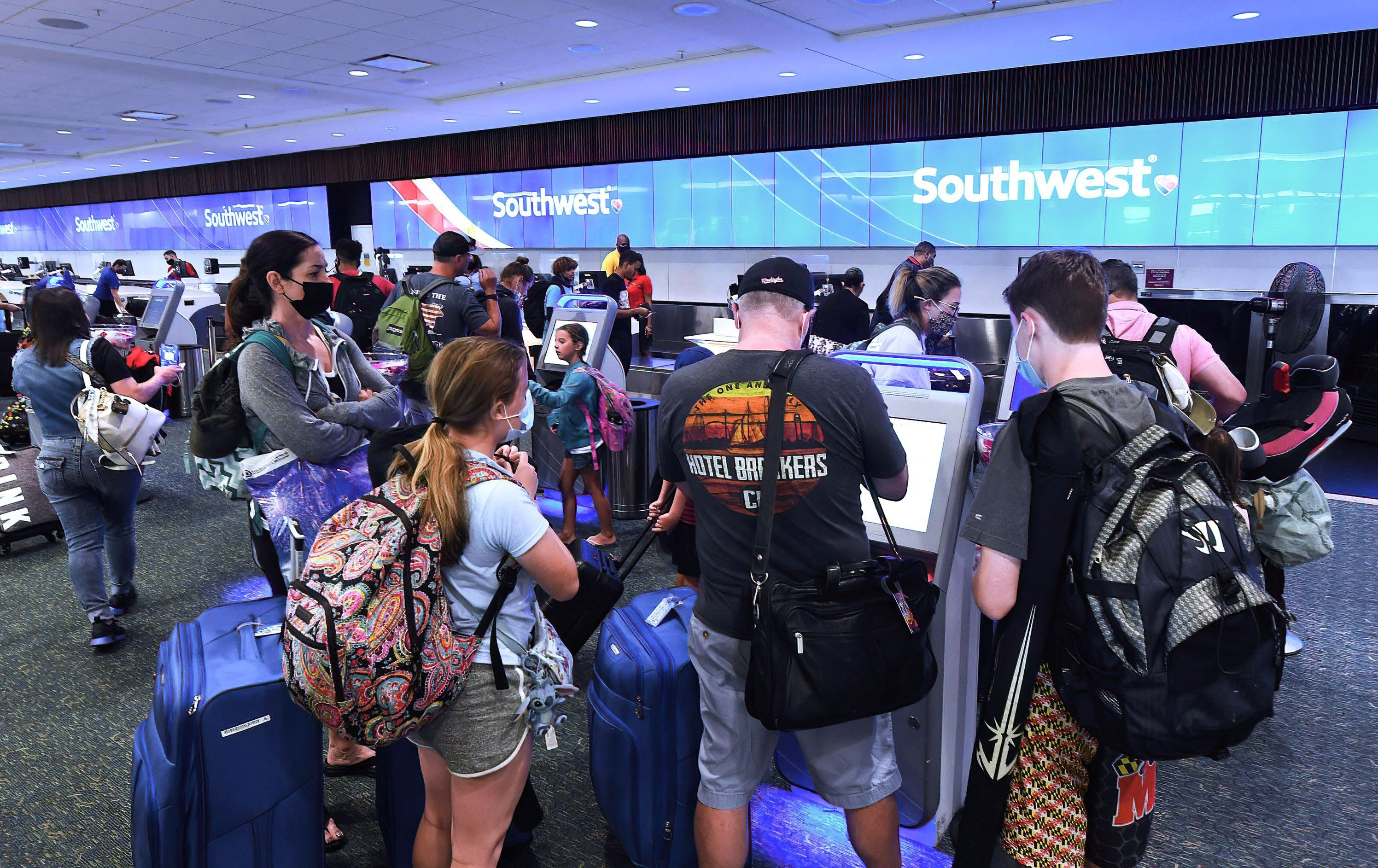 A spokesman for the Airline Pilots Association told DailyMail.com:''Many U.S. airlines are seeing increased flight demand and thanks to the Payroll Support Program, ALPA pilots are on the job and ready for takeoff.

''However, everyone has to do their part. Airline training departments must deal with increased flight schedules, and we believe that most should be able to predict and respond appropriately to retraining demands.

''As we were throughout the pandemic, ALPA is a willing partner and we are actively working with the airlines to ensure that the investments made in our industry help fuel the economic recovery, continue to produce an adequate supply of highly-trained pilots and keep flying safe.''

Just a few weeks ago, American Airlines were forced to cancel hundreds of flights due to shortages and other issues. with officials warning a further 2,500 could be cut.

"That, combined with the labor shortages some of our vendors are contending with and the incredibly quick ramp-up of customer demand, has led us to build in additional resilience and certainty to our operation by adjusting a fraction of our scheduled flying through mid-July."