The Supreme Court is likely to leave in place the bulk of the Obamacare, including key protections for pre-existing health conditions.

Conservative justices John Roberts and Justice Brett Kavanaugh appeared in two hours of arguments on Tuesday to be unwilling to strike down the entire law — a long-held Republican goal. 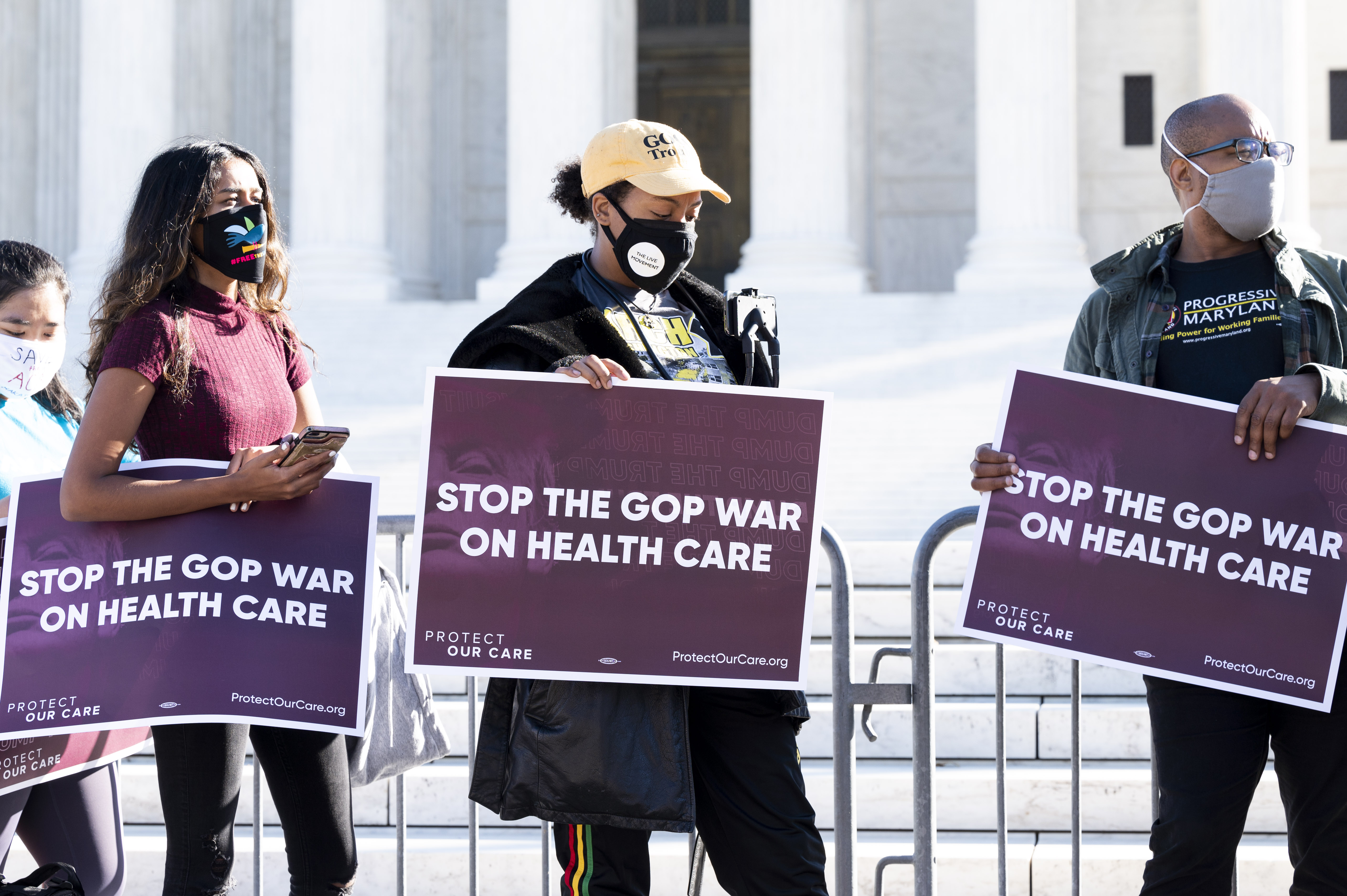 A week after the 2020 election, the justices heard arguments by telephone in the midst of the pandemic in the court’s third major case over the 10-year-old law, popularly known as “Obamacare.”

Republican attorneys general in 18 states and the Trump administration want the whole law to be struck down, which would threaten coverage for more than 23 million people.

The court’s three liberal justices are almost certain to vote to uphold the law in its entirety and presumably would form a majority by joining a decision that cut away only the mandate, which now has no financial penalty attached to it.

Congress zeroed out the penalty in 2017, but left the rest of the law untouched. 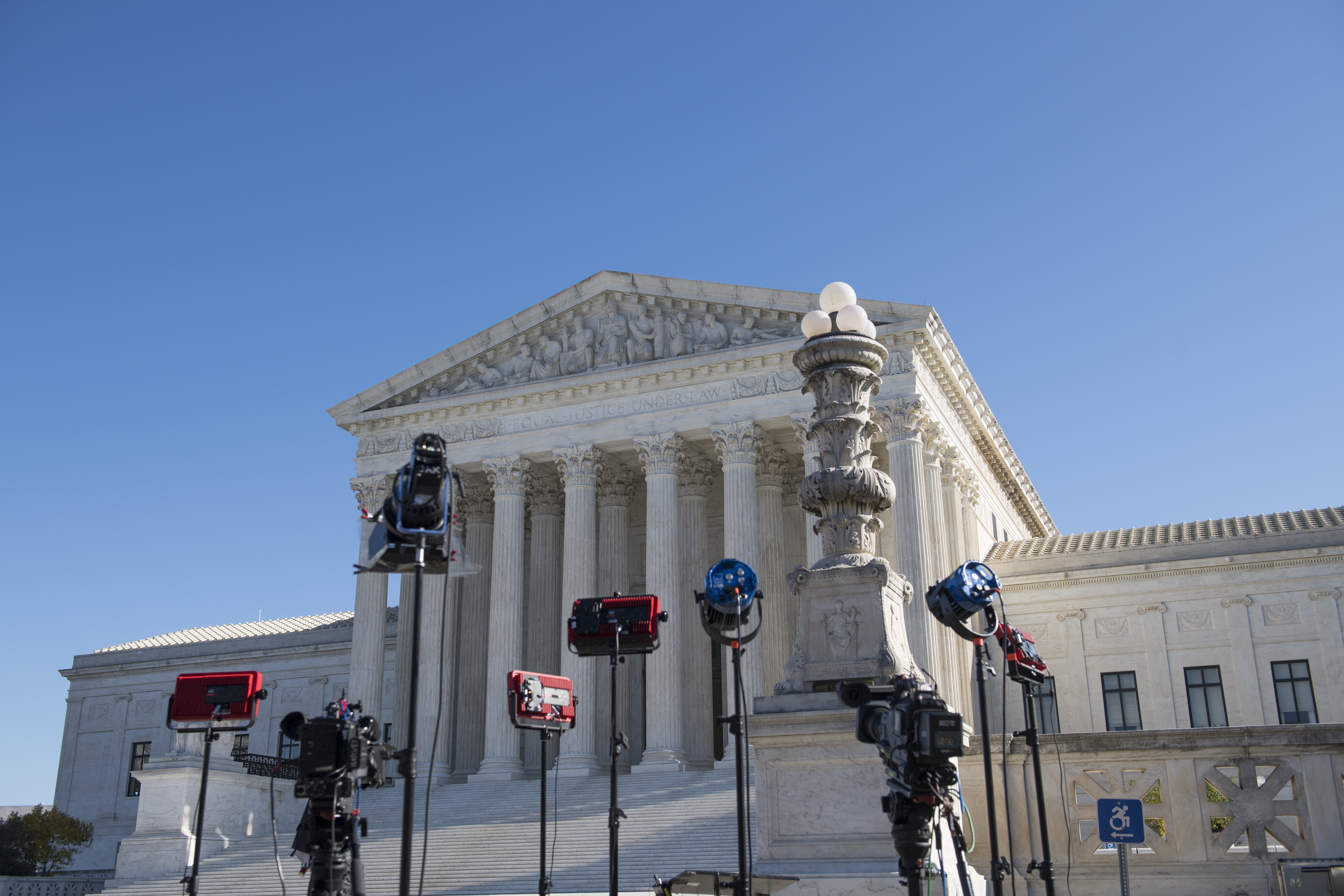 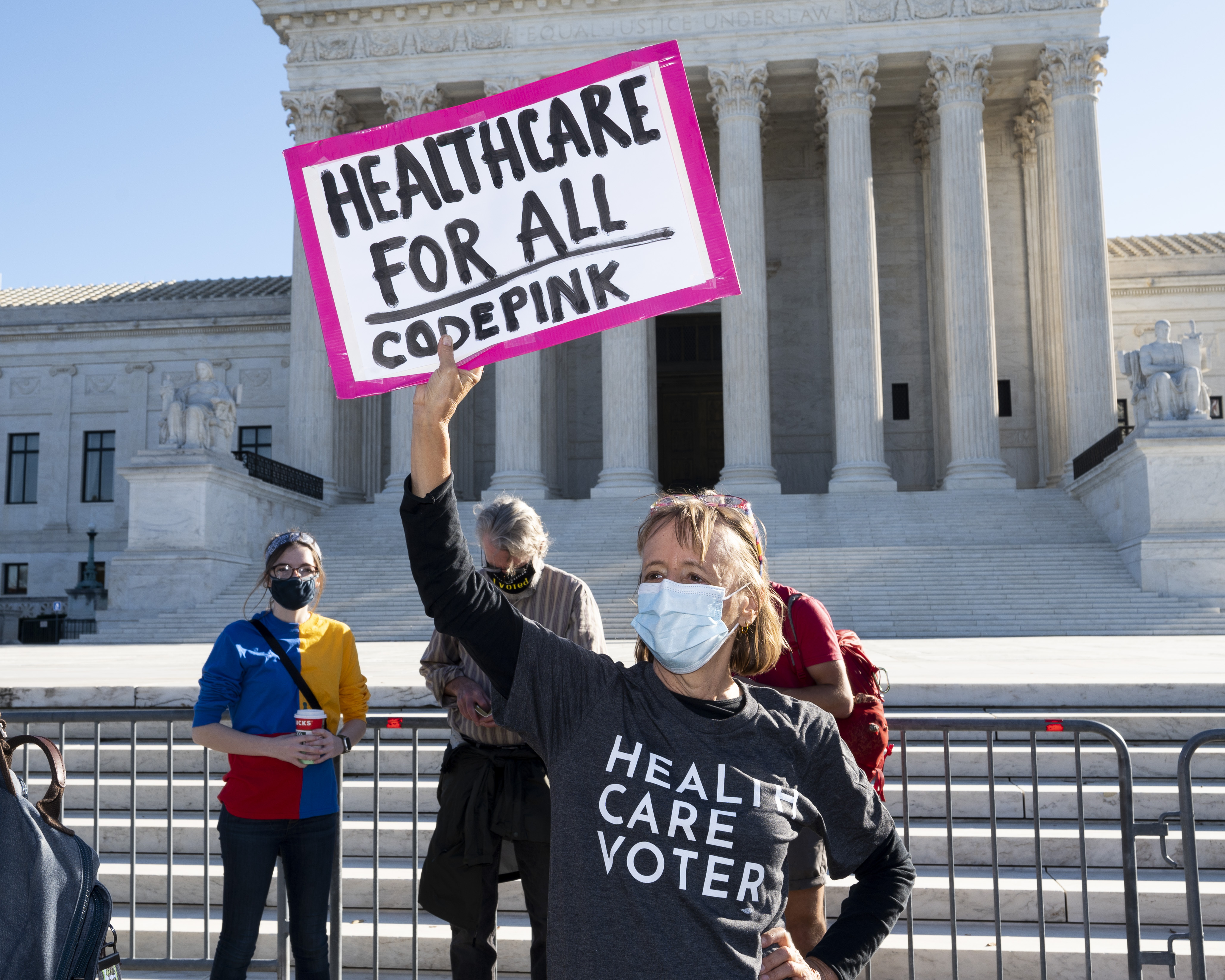 Kavanaugh is one of three justices appointed by President Donald Trump to a court that is more conservative than the ones that sustained the law in previous challenges in 2012 and 2015.

The others are Neil Gorsuch and new Justice Coney Barrett, who joined the court late last month following her hurried nomination and confirmation to replace the late Justice Ruth Bader Ginsburg. 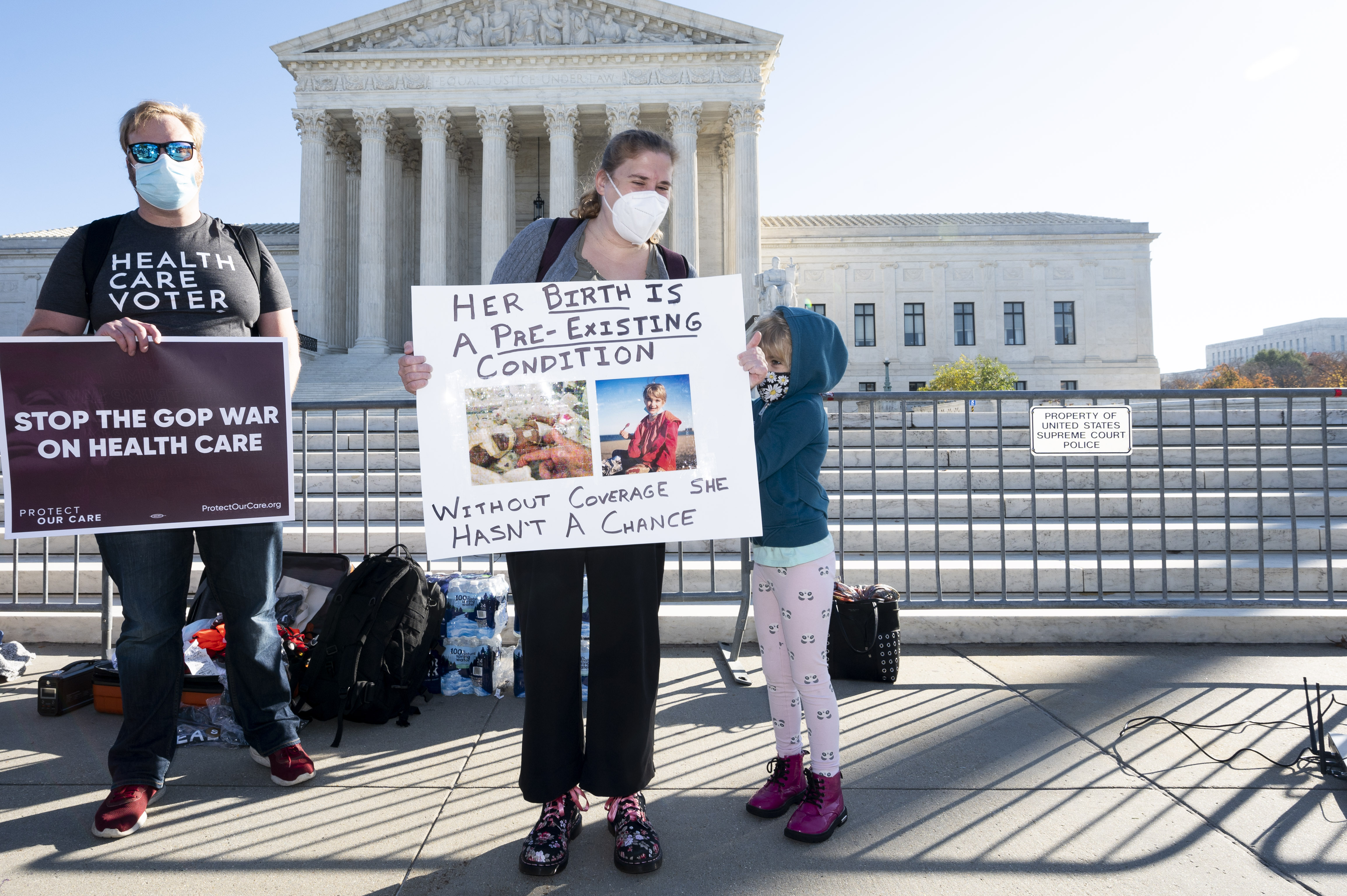 The three Trump appointees have never ruled on the substance of the health care law.

Barrett, though, has been critical of the court’s earlier major health care decisions sustaining the law, both written by Roberts.

The Supreme Court could have heard the case before the election, but set arguments for a week after.

The timing could add a wrinkle to the case since President-elect Joe Biden strongly supports the health care law. 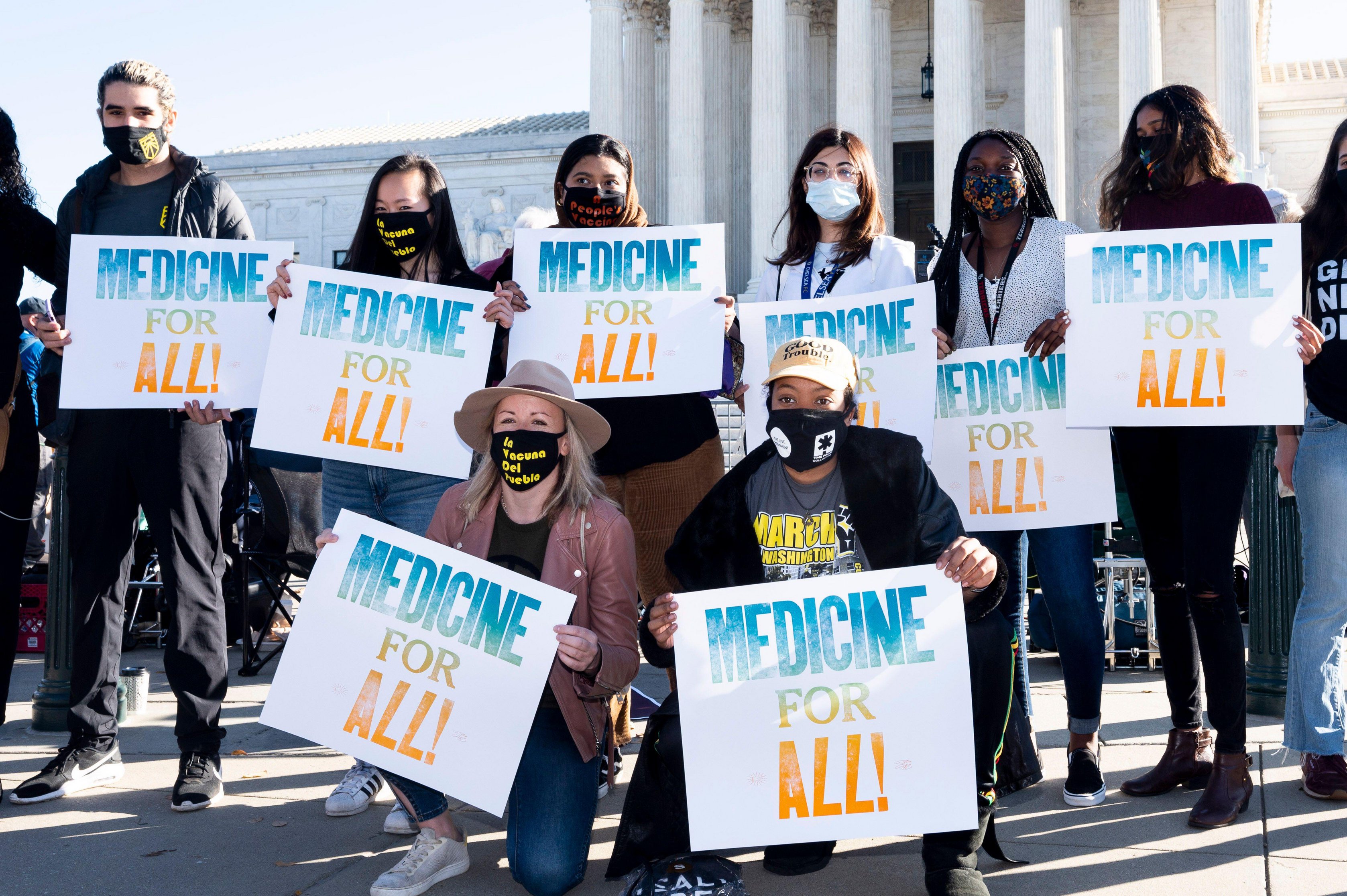 The case turns on a change made by the Republican-controlled Congress in 2017 that reduced the penalty for not having health insurance to zero.

Without the penalty, the law’s mandate to have health insurance is unconstitutional, the GOP-led states argue.

The law is 'unconstitutional'

If the mandate goes, they say, the rest of the law should go with it because the mandate was central to the law’s passage. 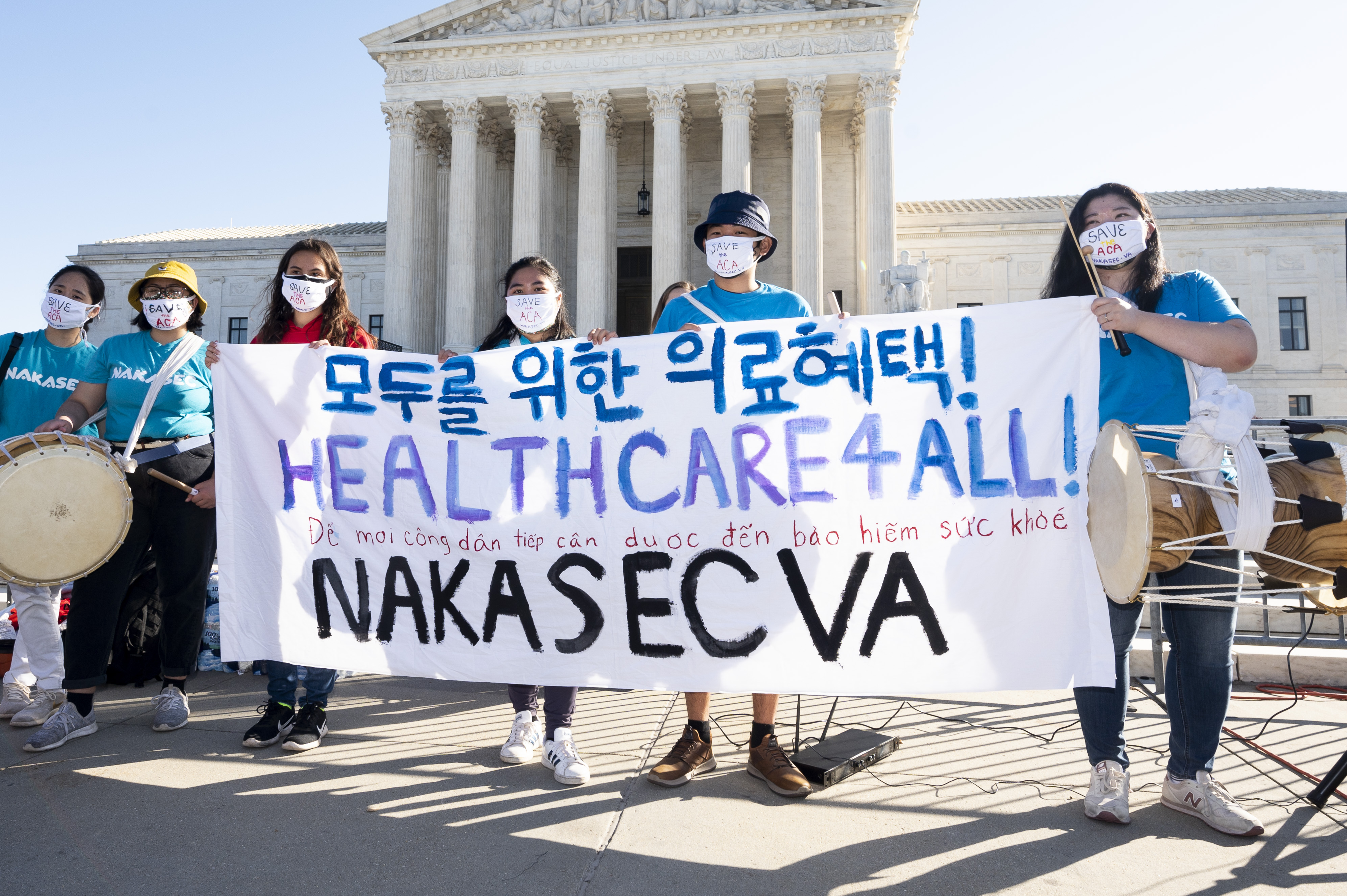 However, enrollment in the law’s insurance markets has stayed relatively stable at more than 11 million people, even after the effective date of the penalty’s elimination in 2019.

According to the nonpartisan Kaiser Family Foundation, enrolment dropped by about 300,000 people from 2018 to 2019. Kaiser estimates 11.4 million people have coverage this year.

An additional 12 million people have coverage through the law’s Medicaid expansion. 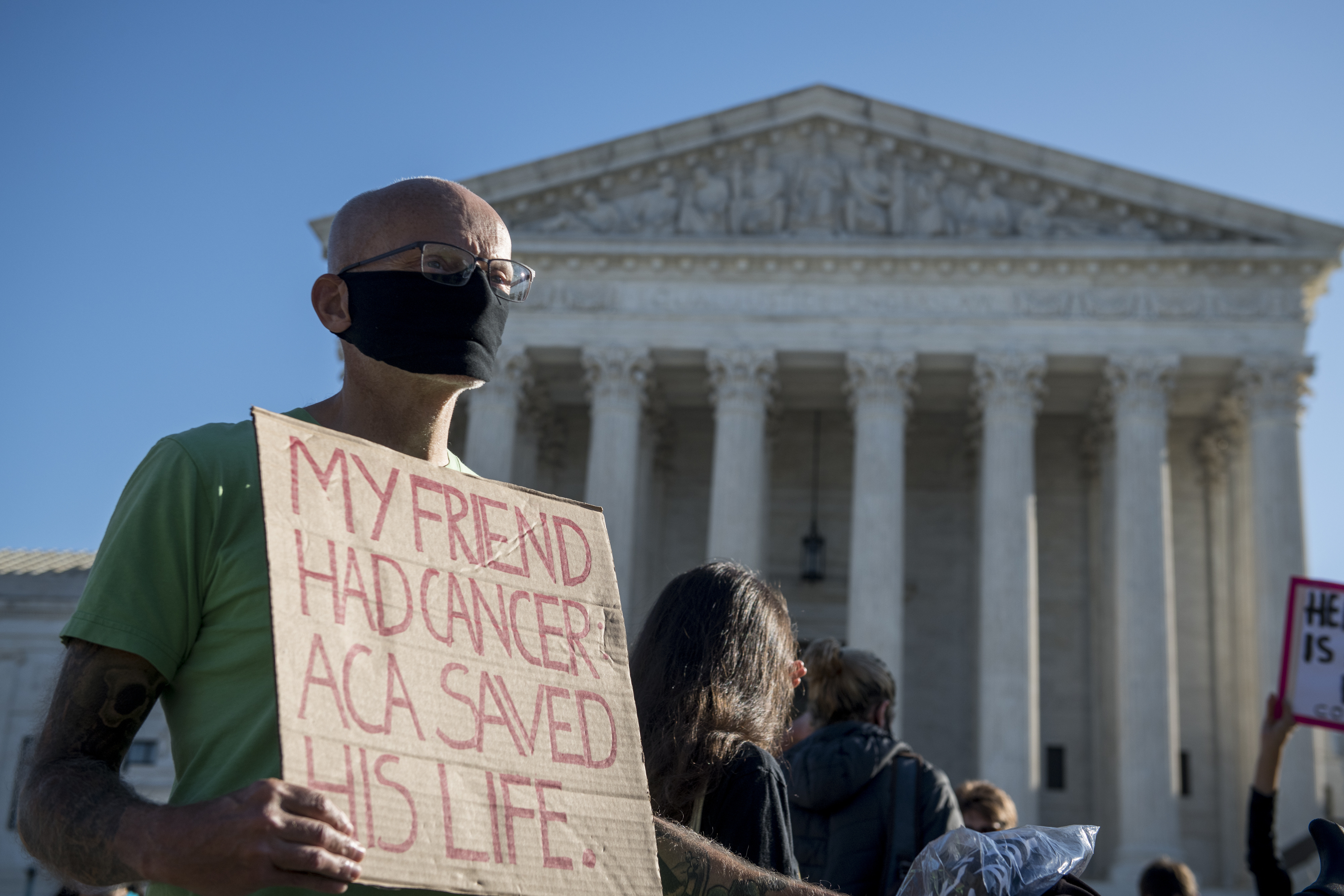 The legal argument could well turn on the legal doctrine of severability, the idea that the court can excise a problematic provision from a law and allow the rest of it to remain in force. The justices have done just that in other rulings in recent years.

But in the first big ACA case in 2012, Justices Samuel Alito and Clarence Thomas voted to strike down the entire law. Roberts and Justices Stephen Breyer, Elena Kagan and Sonia Sotomayor have voted to uphold it.

A limited ruling would have little real-world consequence. The case could also be rendered irrelevant if the new Congress were to restore a modest penalty for not buying health insurance.

A decision is expected by late spring.