As the volcanic activity intensified, two volcanic earthquakes of magnitudes M2.5 and M3.9 were created.

They were felt in Tagaytay City and Alitagtag at 6.15pm and 6.22pm local time.

The Department of Science and Technology at the Philippine Institute of Volcanology and Seismology (DOST-PHIVOLCS) released the warning, raising the Alert Levels.

Releasing a statement on Twitter the organisation urged people to evacuate.

The DOST-PHIVOLCS also warned areas north of the volcano to guard themselves against “heavy and prolonged ash fall”.

Civil aviation authorities were advised to avoid the airspace around Taal Volcano as ballistic fragments and airborne ash from the eruption “pose hazards”.

The organisation claimed it was monitoring the eruption and will continue to update on further developments. 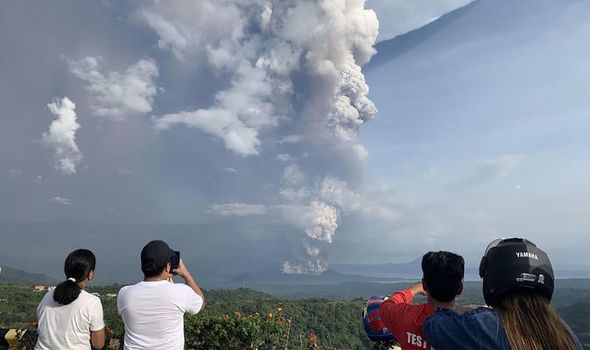 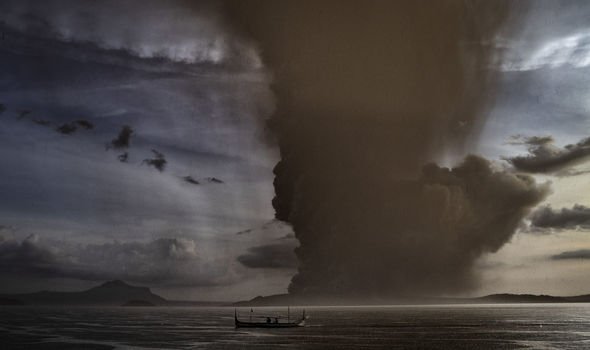 About 8,000 residents were ordered to evacuate, according to the National Disaster Risk Reduction and Management Council.

The head of the Institute, Renato Solidum, advised communities around Taal lake to also take precautionary measures and be vigilant of possible lake water disturbances related to the volcanic activity.

Due to the volcano’s location on an island, the surrounding water creates evacuation difficult.

Mr Solidum said: “The volcano is inside a bigger crater or basin or bowl, which is why people would have to evacuate horizontally and away from the crater. 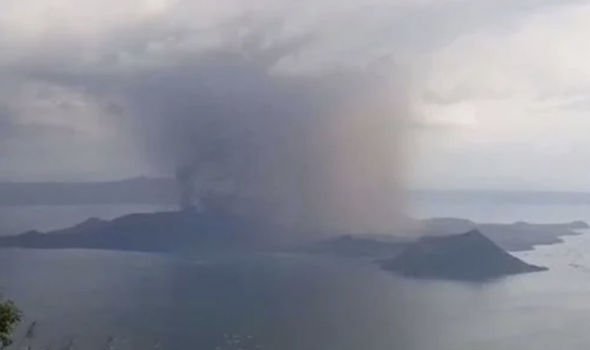 “There is water that would be hindering the rapid evacuation and that is why people need to get out of the island as soon as possible.”

Mr Solidum said the entire island should be strictly off-limits to all residents.

The heavy ashfall also reached the province of Cavite, prompting the provincial government to suspend classes on Monday and urge residents to stay indoors.

The phreatic explosion and ash plume were visible from the nearby city of Tagaytay, a popular spot for viewing the volcano and where tourists flock during weekends. 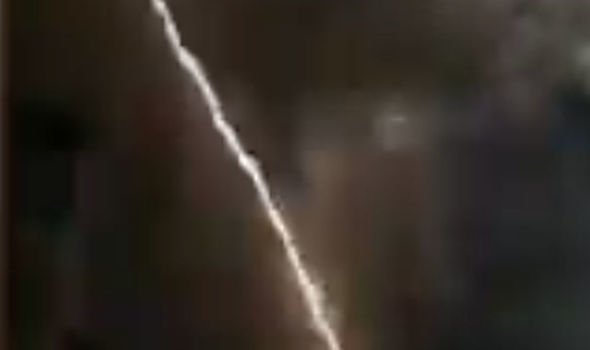 Jon Patrick Yen said: “We were having lunch when we heard rumbling. We saw the volcano erupting. It rained and some small pebbles fell to the ground.”

The eruption produced terrifying lightning strikes in the ash cloud above its crater.

Volcanic lightning is an electrical discharge caused by a volcanic eruption, rather than from an ordinary thunderstorm.

Vulcan Point in the Philippines is the world’s largest island within a lake (Main Crater Lake) that is situated on an island (Volcano Island also known as Taal Island) located in a lake (Lake Taal) within an island (Luzon).

This makes it a very popular tourist spot for visitors to the Philippines.