Tariffs on steel imports are set to be renewed this week as Boris Johnson insisted he will act to protect the UK industry.

The PM said lifting the restrictions on cheap supplies from developing countries would not be the ‘right way forward’.

The intervention came as Labour risked descending into chaos on the idea, which ministers believe has strong support in the so-called Red Wall.

Shadow foreign secretary David Lammy initially said he was against extending tariffs, before performing a dramatic volte face in another interview 30 minutes later.

The peer claimed he had been put in an ‘impossible and odious’ position after being asked to advise on whether the government should keep the tariffs even if that was against WTO rules. 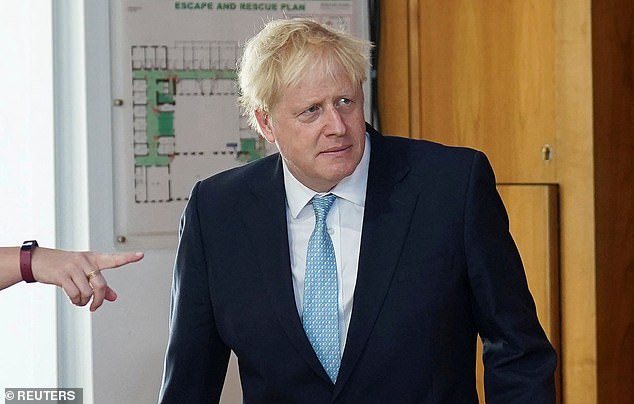 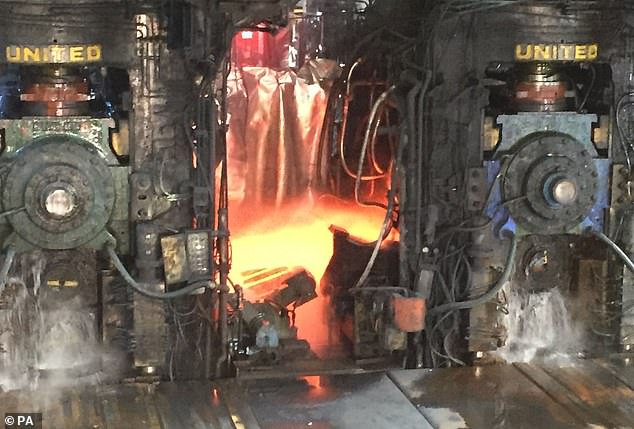 Asked at the G7 summit in Germany this morning whether he would breach the rules to keep protecting the industry, Mr Johnson said: ‘I think it’s very important people understand the context of this, and that is that the UK steel industry has been going through a difficult time, partly because of the energy prices that I have been talking about.

‘We have a system in the UK where we don’t privilege our industry in the way that some other countries do. They pay a very high price for energy, we need to fix that.

‘We need British Steel to be provided with much cheaper energy and cheap electricity for its blast furnaces but until we can fix that, I think it is reasonable for UK steel to have the same protections that other European, absolutely every other European steel economy does.’

Mr Johnson noted ‘the proposal would be for us to take off those protections, take off those tariffs’, adding: ‘I don’t think that’s the right way forward. I want another solution.

‘The difficulty is, is that possible to do while staying within our WTO, our World Trade Organisation obligations? That’s the problem. But these are tough choices that you have to make.’

On Sky News this morning, Mr Lammy initially said ‘my instinct is this can’t be right’ when asked for Labour’s position on the proposals.

However, when the question was put 30 minutes later on the BBC he had a completely different response.

Northern Ireland Secretary Brandon Lewis said it is ‘right’ the Government looks to get the correct ‘balance’ when it comes to trade, insisting it always works ‘within international law’. 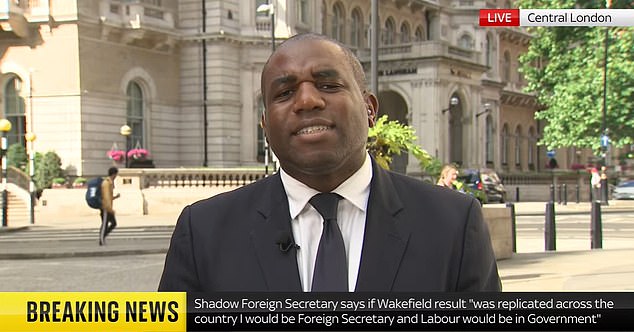 Shadow foreign secretary David Lammy initially said he was against extending tariffs, before performing a dramatic volte face in another interview 30 minutes later

He told the BBC’s Sunday Morning programme: ‘Well, we always work and are focused on ensuring we work within international law.’

Pressed on whether the Government would impose the tariffs even if it threatened a trade war of some sort, he said: ‘I’m not saying we’re going to do this, the Chancellor and the Business Secretary and the Prime Minister have got to look at all of these things.

‘They’ve got to get the balance around what we do and how we trade internationally with people, as well as protecting and delivering on a sector of the economy here that is important for jobs.

‘And I think it is right that they’re looking at all of these things to be able to make the right decisions to protect jobs here, to see our economy grow, and to make sure we’ve got the input for steel, for example, that we need to grow our infrastructure in the future, which is so important to our future economy.’