Anita Sanchez decided to have her sons Sergio, 17, and Manny, 30, walk her down the aisle after her father tragically passed away last year. Kind hospital staff helped stage a makeshift wedding ceremony on his ward so that Sergio could have the honour, despite being unable to leave the building.

He has been battling leukaemia since he was just six-years-old and due to a recent bone marrow transplant from Manny in April, was unable to be discharged in time for the official ceremony.

Ms Sanchez said: “I thought it would be an amazing idea that both my sons walk me down the aisle, especially knowing that one is a donor, and one is a recipient.

“Our goal was to be out of the hospital by the time I got married, but unfortunately with the complications, Sergio wasn’t allowed to get discharged, which bummed him out.

“The nurses were like, ‘you know what, we’ll do something here for you guys, we’ll do a little ceremony.’” 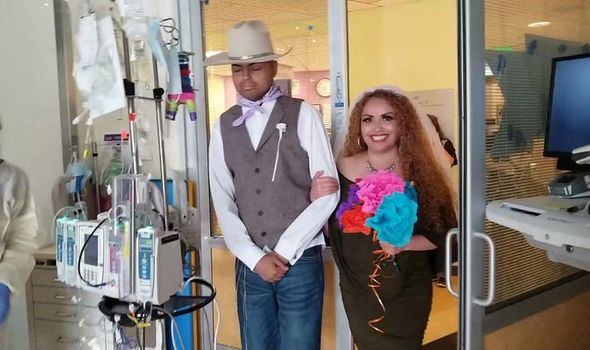 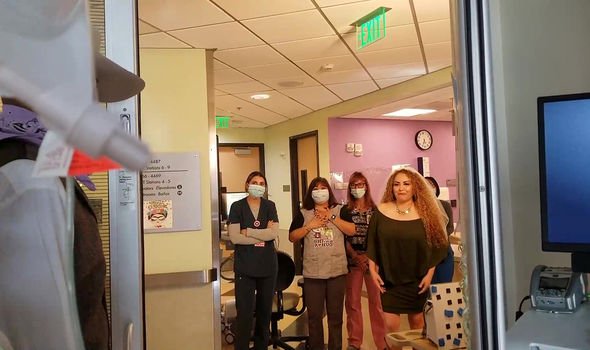 Staff made decorations out of paper and strung up lights, giving the ward a more intimate feel for the wedding at Children’s Hospital Los Angeles where Sergio is being treated.

Anita even made a bouquet, with another nurse being a maid of honour for the loving mother’s special day.

To mark the occasion, Sergio, Anita and her husband Peter all wore cowboy-themed clothing.

Anita was walked down the aisle by Sergio, who even gave a speech before watching his mother tie the knot. 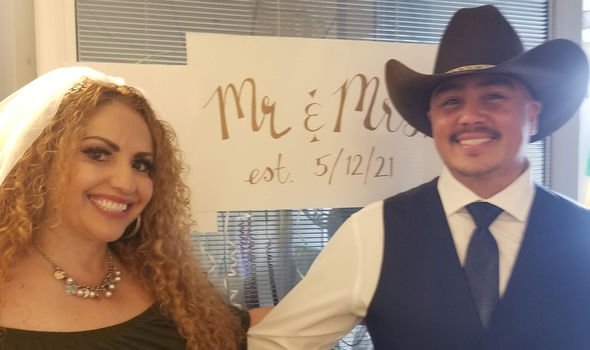 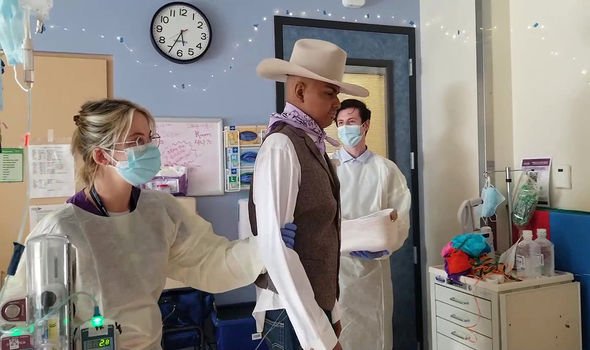 Anita said: “I’m thankful that God allowed him to walk me down the aisle and also gave him the strength to give me a speech. It was very emotional.”

At the official ceremony three days later, a video of Sergio walking Anita down the aisle played on a screen just before Manny walked her down so that the mother could have both of her sons there in spirit.

She added: “I’m thankful that God has allowed him to be here with me on my special day and gave him the strength to get up and be able to walk me down, because he was really sick about a week before that.

“I hope it shows other parents our kids can fight and accomplish anything and they’re our little warriors.” 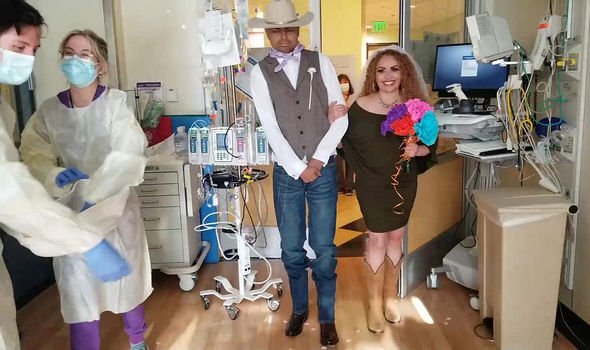 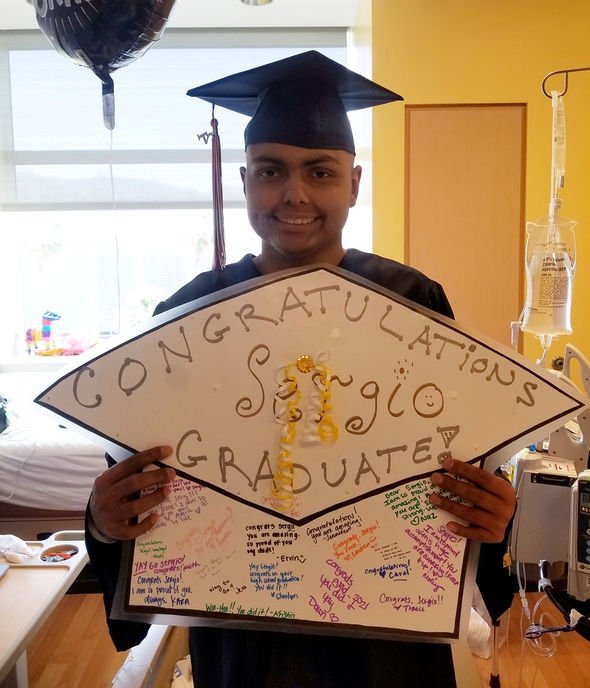 Anita said: “The nurses made a banner for him and they allowed him to have a root beer.

“He wasn’t able to eat or drink anything for almost two months and he just wanted a root beer, so they got him a root beer.”

Anita has expressed her gratitude to the staff for the care they give her son, as well as the meaningful ceremony they organised for her.

She added: “They knew how much it meant to Sergio to be a part of my wedding, and Children’s Hospital made it happen.

“They went that out of their way to fulfil the moment and make Sergio stronger and wanting to fight.”