It’s only the fourth Sunday of the year but the diary is packed: the Australian Open is in full swing, its Lunar New Year and gay pride Midsumma Carnival are all on the same day. There simply aren’t enough hours.

Even the most organised Melburnians will find it difficult to catch tennis stars Iga Swiatek and Stefanos Tsitsipas at Melbourne Park, swap red packets with the family and visit a Springvale temple to mark the Chinese Year of the Rabbit, or join LGBTQ friends and allies at the Midsumma Carnival at Alexandra Gardens. 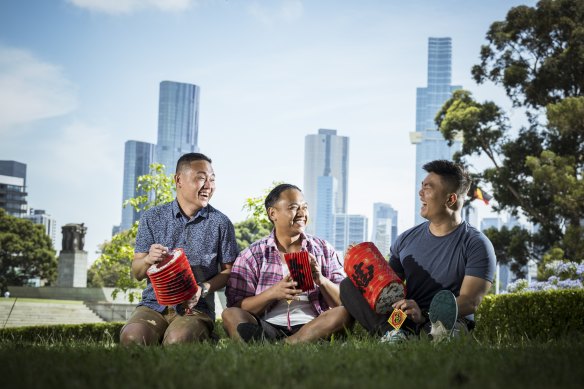 Lunar New Year covers festivals held in multiple countries: in China, it’s called the Spring Festival, while in Vietnam, Tet marks the “festival of the first day”. And while the calendars’ zodiacs remain similar, this year highlights a difference: 2023 is the Year of the Rabbit in the Chinese zodiac system, but in the Vietnamese zodiac its Year of the Cat.

About 100,000 people are expected to converge on Chinatown for Melbourne’s formal Lunar New Year celebrations at the corner of Russell and Lonsdale streets, with performances from 10.30am to 9pm.

Dragon dancers will take to Federation Square on Sunday and a lion dance will wind its way through Queen Victoria Market. 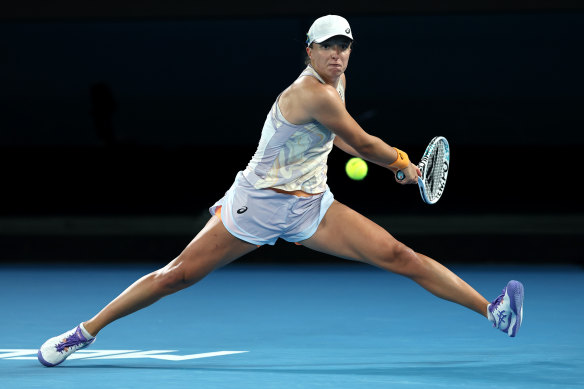 Iga Swiatek will be in action at the Australian Open on Sunday.Credit:Cameron Spencer

Meanwhile, the Midsumma Carnival, which runs from 11am to 10pm at Alexandra Gardens, will include drag queens and the famous dog show. There is also a chill-out zone, family domain, sports precinct and an under-18s area, with the day culminating in an evening T Dance.

When James Seow moved from Singapore to Australia in 2005, he felt the isolation during cultural festivities. He could no longer surround himself with family and loved ones at a bustling reunion dinner on the eve of Lunar New Year, exchanging gifts of money in bright red envelopes to ward off evil spirits and bring good luck.

Seow soon found an “adopted family” within Melbourne’s LGBTQ community to share the celebrations and connect to his heritage.

“As a migrant, the only way that you can get in touch with your culture is to celebrate those important festivals that remind you of your roots,” he said.

Seow’s social group Gay Asian Proud is hosting a Lunar New Year picnic on Sunday at Alexandra Gardens as part of Midsumma. All genders, ethnicities and walks of life are invited, including allies and family members. Attendees are encouraged to bring a plate of food from their culture to share.

“This double celebration is really a reminder to us that cultural diversity and religious diversity is our strongest asset,” Seow said. “I believe that magic happens at the dinner table when we break bread together. In the act of sharing food, you’re also bringing a part of yourself, your culture and your family to the table.”