A huge huntsman spider and its babies has been seen running across a dashboard in a video shared by the car owner, who was advised by viewers to simply set his vehicle on fire.

The huntsman ran along the dashboard toward the filming owner, with dozens of its offspring following. 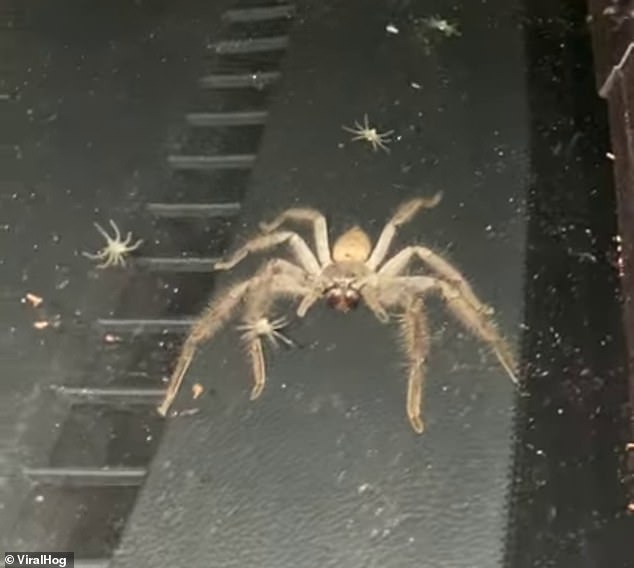 A Sydney man returned to his car to find a pregnant huntsman had made itself at home on his dashboard, surrounded by dozens of babies

‘Look at them go!’, the man exclaims, as the spider family rapidly runs across the dashboard.

The huntsman tries to climb up the windscreen but slips, instead taking cover on an air-conditioning vent.

Are not dangerous to humans even though they look scary

Live for more than two years

Are genuinely frightened of you

The video was posted to YouTube, with many viewers expressing their disgust at the furry intruders.

‘Just burn the whole car down at that point’, one viewer said.

‘Get the blowtorch!’, a second agreed.

‘Time to have a bonfire ASAP. That car is not worth it’, a third commented.

A spokesperson from Pest Control Sydney previously told Daily Mail Australia that huntsman spiders are known for entering cars and living within the dashboard.

‘Huntsman spiders can usually be found on tree trunks, under stones, under bark, on the windows and walls inside your home’, she explained.

She said the best thing to do in this scenario was to lightly spray the spider, wait for them to die and then organise a pest removal specialist.

Last month another Australian man was confronted with a huntsman spider hiding under his door handle.

A man named Lachie posted the footage to his TikTok account, with the video receiving over 50,000 views by horrified users.

‘This is my worst nightmare and I’m not living in Australia,’ one viewer commented.

Huntsman spiders are extremely common across Australia and despite possessing a painful bite their are not venomous and cannot kill a human. 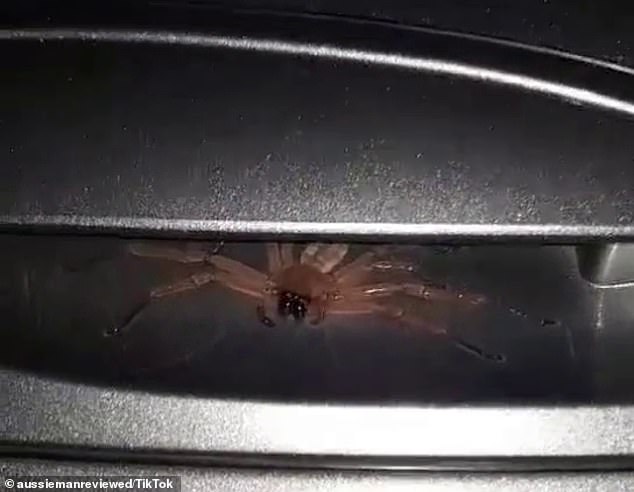