Terrifying moment cyclist is knocked to the ground by truck

A cyclist was sent flying from his bike by a truck but the vehicle continued to drive away like it never happened.

The cyclist was riding his bike along Rosanna Road in Melbourne last Wednesday.

Daschcam footage from a nearby car captured the moment a truck pulling a trailer attempted to overtake the cyclist. 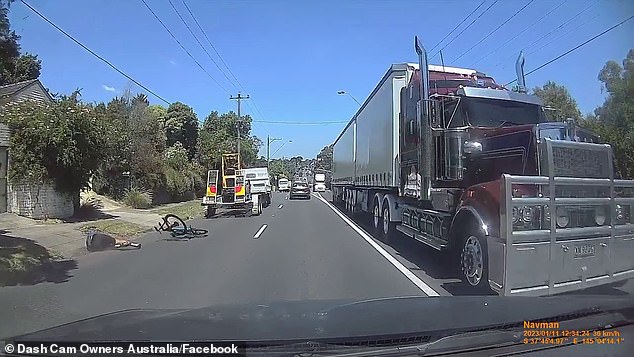 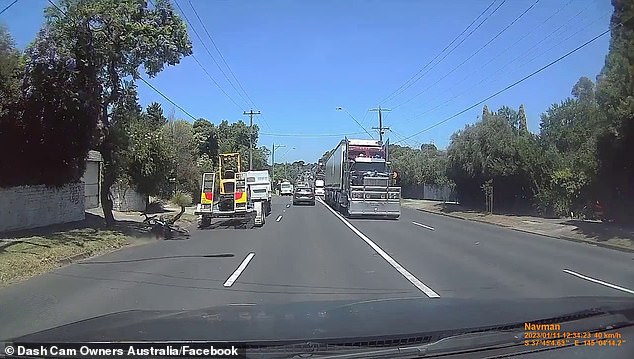 The truck moved into the right lane to avoid hitting the cyclist.

The vehicle then switched back into the left lane too early and the end of its trailer clipped the bike.

The cyclist tumbled off and crashed to the ground and his bike went flying down the road.

The truck continued to drive away with the driver appearing to be unaware of the collision.

The cyclist remained on the ground, prompting the car with the dashcam to slow down. 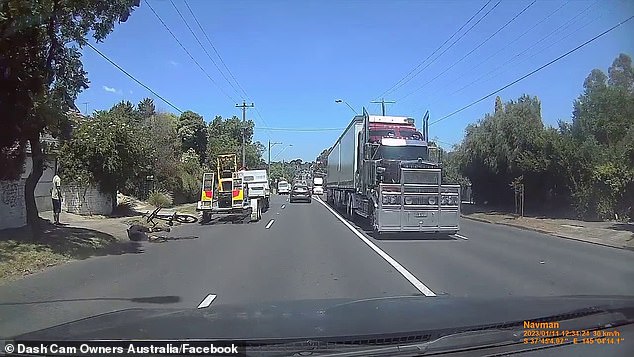