THIS is the terrifying moment a man screams "my eyes" after being pepper-sprayed by cops – but police have defended their actions.

The man can be seen sitting on a bench before two officers pull him to the floor and put him in handcuffs on a street in Leeds. 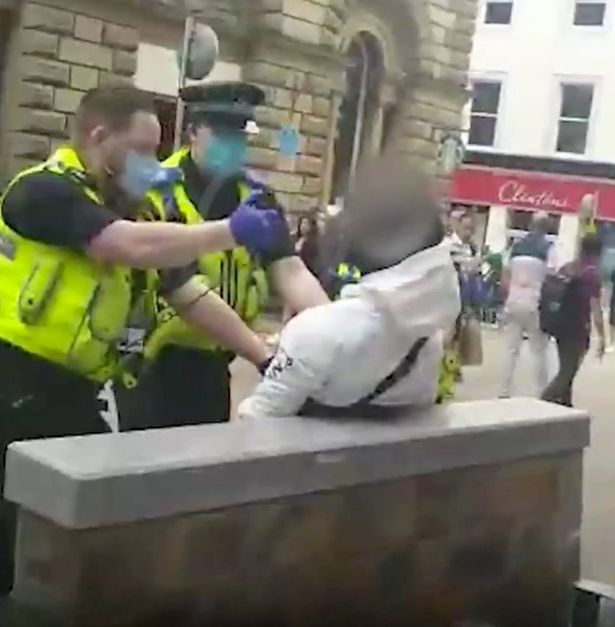 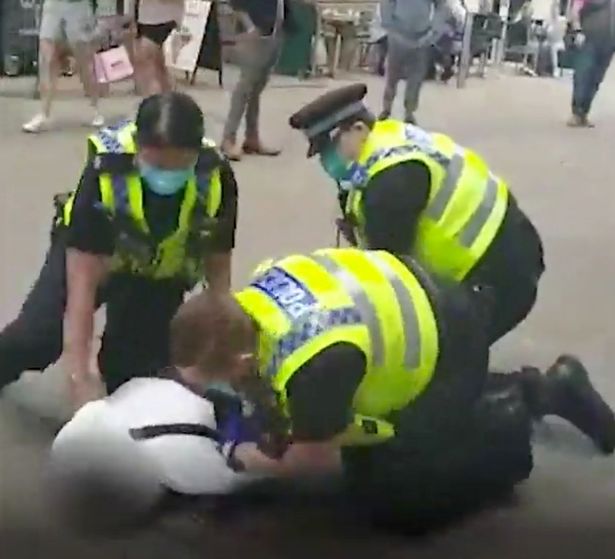 Three more police officers then arrive on the scene – as a crowd quickly gathers around the pepper-sprayed man.

In the dramatic clip, the man who police say was acting aggressively, can be heard crying and wailing "my eyes."

The ordeal sparked accusations of racism and police brutality – as onlookers were heard saying "this is outrageous."

But police have said that he received no injuries during his arrest or detention and that he admitted acting aggressively and drinking alcohol on the streets.

In response to the clip circulating on social media, Black Lives Matter Leeds have organised an emergency protest in the city centre this evening, saying the cops used "blatant provocation" during the arrest.

On Instagram, the organisation wrote: "BLM Leeds will now be responding…with an emergency protest."

West Yorkshire Police have now released a statement to provide "further context" around the controversial footage.

They have also reached out to Black Lives Matter campaigners.

A spokesperson for West Yorkshire Police said officers were forced to take action after the man had been seen acting aggressively. 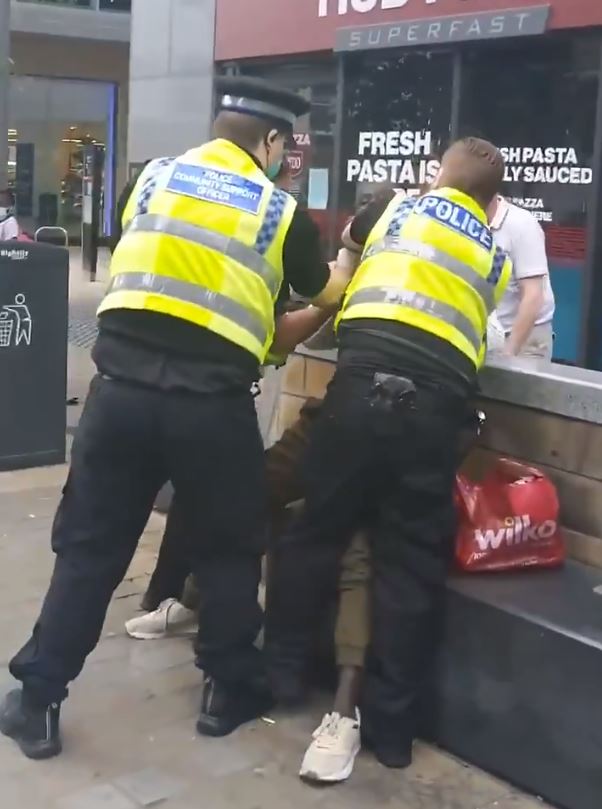 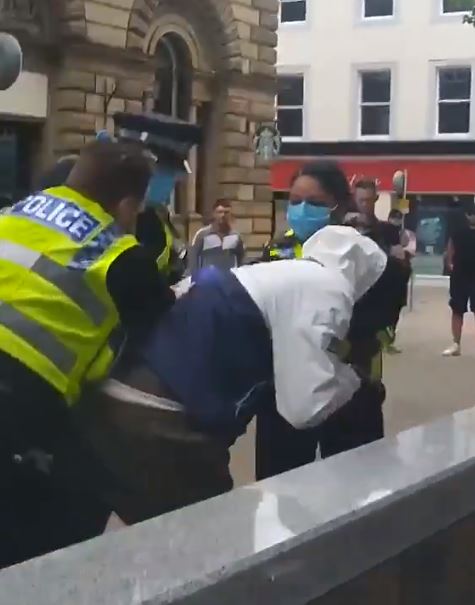 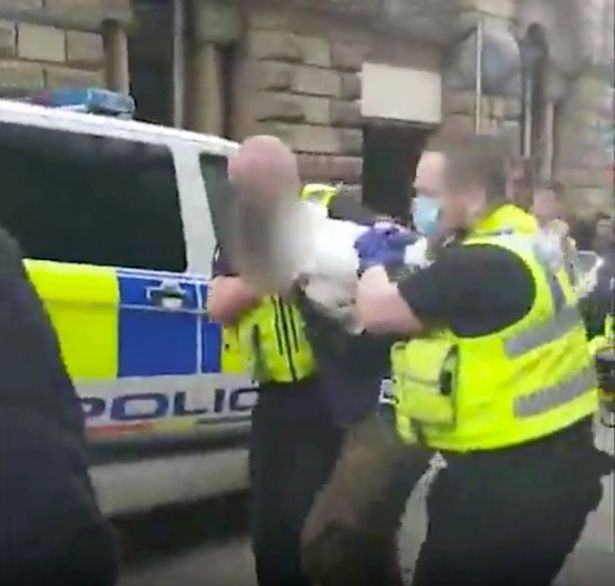 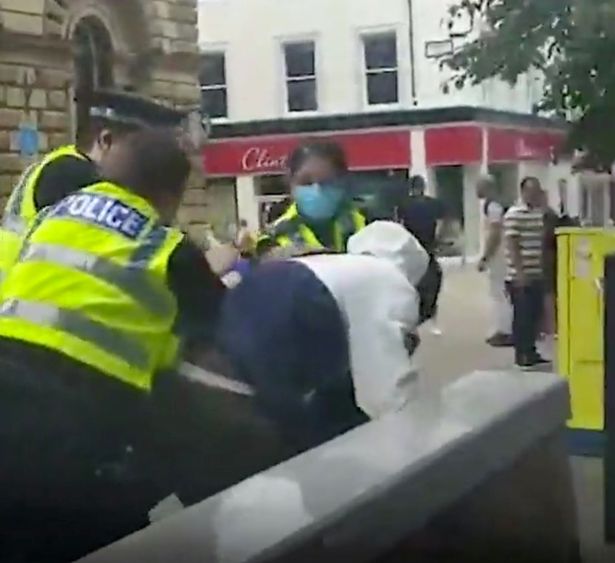 He was removed twice from Trinity Leeds shopping centre by security staff and began drinking alcohol in breach of the Public Spaces Protection Order on Albion Street.

Officers were called to the scene at 5.46pm on Monday, and found the man on Albion Street.

Cops spoke to the man for more than eight minutes and attempted to establish his identity as a suspect for those offences.

But he repeatedly refused to give his details, police said.

When officers tried to arrest him, he resisted – resulting in police using physical force and an "incapacitant spray" to detain him.

West Yorkshire Police confirmed he admitted guilt and accepted responsibility for his actions – and he was given a community resolution.

He received no injuries during his arrest or detention and was released from custody earlier this morning.

Chief Superintendent Damien Miller, Leeds District Commander, said: “We are aware that this man’s arrest has been the focus of speculation on social media, but we hope that by providing further context people will now have a fuller understanding of the circumstances leading up to officers detaining him.

“We recognise the understandable concerns that exist around police interactions with people from ethnic minority communities, and we continue to work closely with those communities through our Independent Advisory Group to improve trust and confidence, scrutinise police actions and decision making and increase transparency.

“We are also liaising with the organisers of a planned protest in relation to this incident to ensure they have the full context and understanding of what occurred.

"This includes inviting them to meet with us and view the officers’ body-worn footage in full.”