Bangkok: Thailand’s Constitutional Court on Friday ruled Prime Minister Prayuth Chan-ocha had not exceeded the maximum eight years allowed in office, paving the way for his return from a five-week suspension.

The court announced its decision in a case filed by the opposition Pheu Thai party, which had sought clarity on whether Prayuth’s time as leader of a junta formed after a coup he led eight years ago should count in his overall tally. 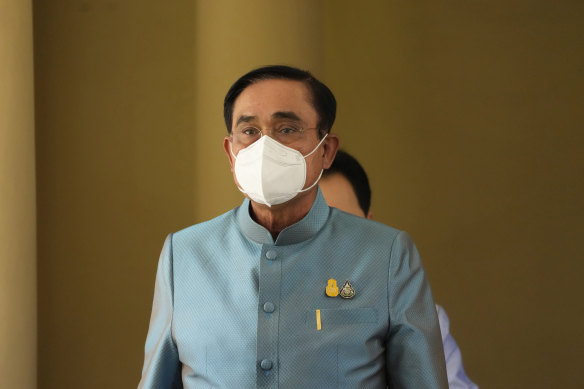 The court, in a 25-minute reading of the verdict, said Prayuth’s tenure as prime minister should be counted from 2017, when a new constitution was promulgated.

The decision will be a boost for Prayuth, a staunch royalist whose tenure has been beset by attempts to unseat him, including four house censure motions, a conflict of interest case and major protests challenging his leadership and the monarchy.

Prayuth, 68, had been suspended from office while the court deliberated the case.

The Pheu Thai party and a government spokesperson did not immediately respond to separate requests for comment on Friday’s ruling. 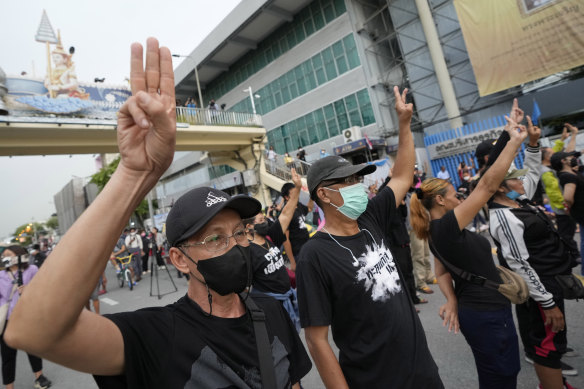 Anti-Prayuth protesters display the three-finger symbol of resistance during a demonstration in Bangkok in August.Credit:AP

An opinion poll in early August showed Prayuth’s popularity waning, with nearly two-thirds of people surveyed wanting him to leave office, while a third preferred to wait for the court ruling.

The retired general was junta leader and prime minister from 2014 until an election in 2019, after which a new parliament chose him to stay on as prime minister.

The Pheu Thai party, which led the government ousted by Prayuth in 2014, believes he reached the eight-year milestone last month and petitioned the court to set the record straight.

Prayuth’s supporters, however, had argued his term as prime minster started when a new constitution was promulgated in 2017, while others say it began after the 2019 election.

The court’s decision means Prayuth could remain prime minister until 2025, if re-elected.