Home » World News » The other superpowers calling the shots

The other superpowers calling the shots

Australia is presently embroiled in two major showdowns with superpowers. One is with China. The other is with Google and Facebook. And in the space of a week, we’ve glimpsed the implications of both.

Google has threatened to pull out of Australia if the Morrison government proceeds with plans to force it to pay news outlets when it links to their content. And China (which has been conspicuously shutting the door on Australian businesses) has just upgraded its free-trade deal with New Zealand (which has been conspicuously shutting its mouth about China’s behaviour). 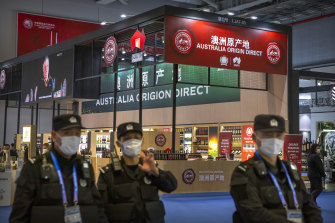 Security officers walk past a display of Australian wines and other agricultural products at the China International Import Expo in Shanghai.Credit:AP

Plenty of smarter people than me seem to think that Google’s threat won’t be fulfilled. And while China’s message to Australia from the New Zealand deal is clear, it’s possible China’s current belligerence will be temporary as well. But let’s take them at face value for a moment and consider a question: which superpower’s threat would be a bigger problem for us?

A precise answer isn’t really the point. The point is that it’s even debatable. In fact it’s remarkable how closely the two scenarios mirror each other.

Losing access to the Chinese market will seriously damage a lot of business, perhaps even driving some to the wall, while others will diversify and find alternatives after taking on a lot of pain. Similarly, losing access to Google will seriously damage a lot of small businesses that rely enormously on it to find customers. It would even drive some to the wall. 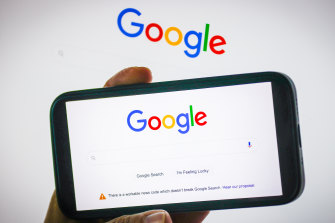 Google is flexing its muscles, threatening to block Australian searches.Credit:Bloomberg

Other search engines will emerge and businesses will adapt, but only after a lot of pain. And that is to say nothing of how our daily lives might be disrupted in the meantime, given our use of things like YouTube, Google Maps or Gmail.

All this is a way of saying that, when you line up China and Google, it’s not immediately clear which has more power over us. Think about that. We’re talking about a country with the world’s second biggest economy and third most powerful military, and saying there’s a plausible argument it’s about as powerful as a company. That’s a profound disruption of some of our most basic political assumptions.

On some level we still proceed as though sovereignty is something only nation states possess; that they sit at the apex of some hierarchy of political being, with other actors subordinated to their power. 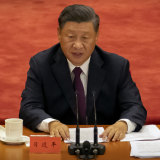 Of course, some nations are more powerful than others, which is to say some can exercise their sovereignty with truer independence than others, but the myth still runs that nations write the rules, and all else fall into line.

Globalisation is the process of making that myth ever more false. We see this, for instance, when governments argue they have to cut company tax rates in order to remain “competitive” as an attractive business destination. Here, the nation ends up writing the rules, but they’re doing so like service providers, hoping the rules will be pleasing to potential clients.

We’re not accustomed to seeing this as a limitation on our sovereignty. But there comes a point where the client is so big, so fundamental to life as we know it, that our sovereignty is more rhetorical than we’d care to admit. The dynamic is as coercive as it could be between nations.

But however similar the dynamics may become, the politics surrounding them remain different. Broadly speaking we understand the quandary of China. We have forecast its inevitable rise for decades, debated the form it would take and approached our relationship with a tinge of wariness.

Even Tony Abbott, whose prime ministership often struck sycophantic notes on China, was able to identify that Chinese investment in Australia was complicated by the fact that it always involved the Chinese government. 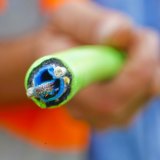 So, when we finally banned Huawei from helping build our 5G network, we did so on security grounds. We decided that allowing the Chinese government to be so involved in our critical infrastructure was too big a risk. Rightly or wrongly we apprehended a threat to our sovereignty, and made a call.

It’s different with the tech giants. We never foresaw how they would evolve, and how deeply everything from our lives, our democracies, even our emotions would ultimately be at their mercy.

Recall Facebook’s experiment in 2014, where it found that by skewing the news feeds of 700,000 users towards certain emotions, it could make those users take on those emotions themselves – effectively deciding our feelings for us.

Similarly, Google has the capacity to hollow out our democracy by feeding each of us different search results in line with the biases we’ve revealed by our previous searches. 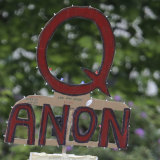 So, a person who has spent hours watching QAnon conspiracy videos will probably get very different results when they Google “COVID vaccine” than someone who has been consuming more mainstream fare. That’s because each inhabits a different “filter bubble”, and thereby different worlds. Soon enough these people have nothing to sustain a common life between them.

Imagine a foreign nation with the power to manipulate our individual psychology. Imagine us handing them such power over the critical infrastructure of our democracy.

To be fair, we didn’t knowingly hand it to the tech giants either. They seized it when we weren’t looking, algorithm by algorithm.

We never saw it coming because their power takes a form the nation state doesn’t see very well. The tech giants have no army, no embassies, no borders, hardly any land – none of the conspicuous markers of conventional power. 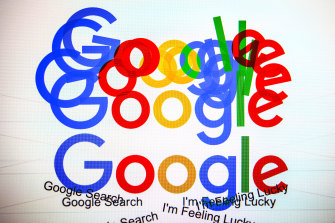 Tech power over our lives has increased algorithm by algorithm.Credit:Bloomberg

If only they did. Then we might have armies and bureaucrats dedicated to responding. We might then have apprehended the dangers, and taken preventative action before this kind of threat became so profound.

Waleed Aly is a regular columnist.

'Superpowers!', calling, other, the
Celebrities