THE Queen today gave President Trump a first edition of Winston Churchill's book on World War II on day one of his official visit.

She gifted his wife, Melania, a Buckingham Palace-inspired silver box, which features foliage representing the ceiling of the music room. 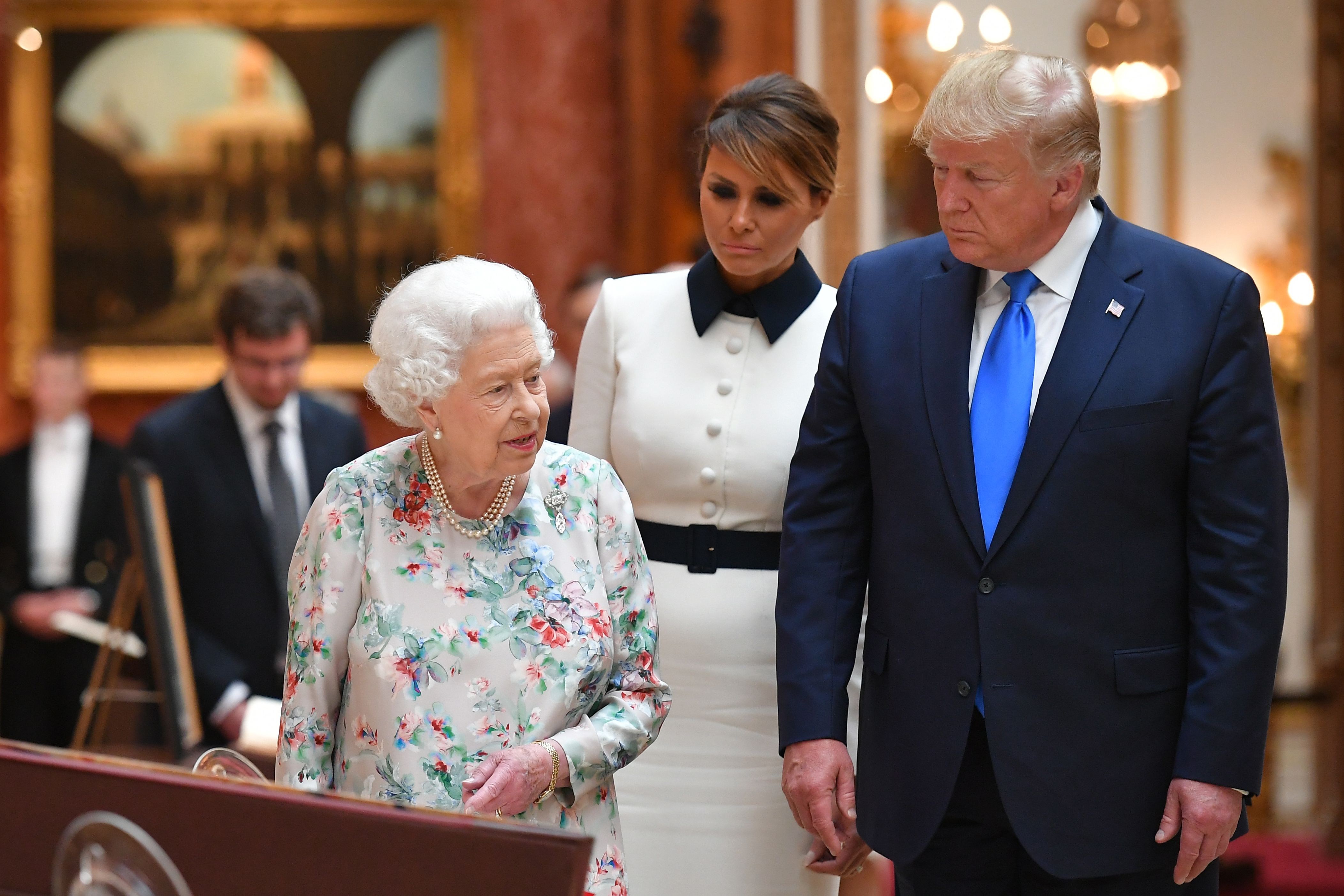 The pair were handed the items as they toured the palace with the Monarch, after she greeted the US President warmly this afternoon.

The rare book, The Second World War, was published in 1959 and features gold tooled decoration on the cover, spine and inner cover, an EIIR cypher in gold on the front, silk endpapers and hand-sewn headbands in colours of the US flag.

It covers the period between the end of World War I to July 1945, penned by the former Prime Minister.

Nowadays it is read as more of a memoir, as it was written from Churchill's point of view and couldn't reveal all the facts as some had to remain a secret.

It is the custom for the Queen to give heads of state gifts on visits, but in a show of friendship, the box given to Mrs Trump was specially made for her.

Its royal blue decoration featured roses, thistles and shamrocks to represent the ceiling of the Buckingham Palace music room.

The President and his family were greeted with full pomp and ceremony when his helicopter landed on the lawn this afternoon for the official start of his three-day tour.

The Queen hosted lunch for Mr Trump and wife Melania, then led them on a tour of Buckingham Palace.

The First Couple moved on to Westminster Abbey later, to place a wreath at the grave of the Unknown Warrior.

They then led the First Couple across the lawn of the palace garden to where the Queen was waiting for them.

A full military escort met the President on the Buckingham Palace lawn, before firing off 82 cannons – 41 in honour of Mr Trump, and another 41 to mark the anniversary of the Queen's coronation.

The two leaders then inspected a line-up of the Grenadier Guards as the band played The Star-Spangled Spanner and God Save The Queen.