Home » World News » The tide turns: A week after D-Day the Germans were already in retreat

The tide turns: A week after D-Day the Germans were already in retreat

The tide turns: A week after the D-Day landings in June 1944, the Germans were already in retreat while the Allies flooded mainland Europe with troops, as these Daily Mail pages from the time reveal… 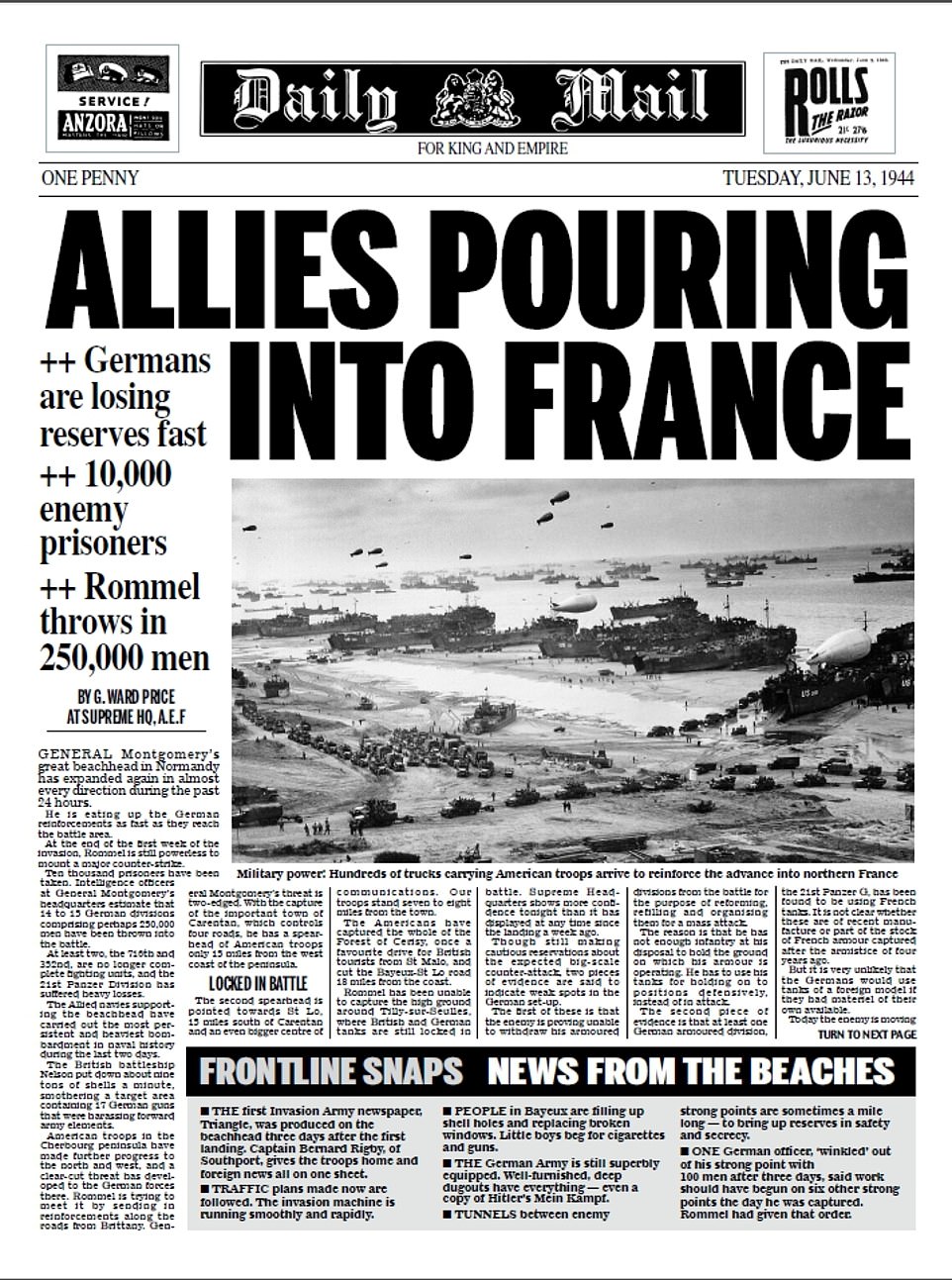 Within a week of the D-Day landings, the Allies had captured 10,000 enemy soldiers as German troops beat a hasty retreat 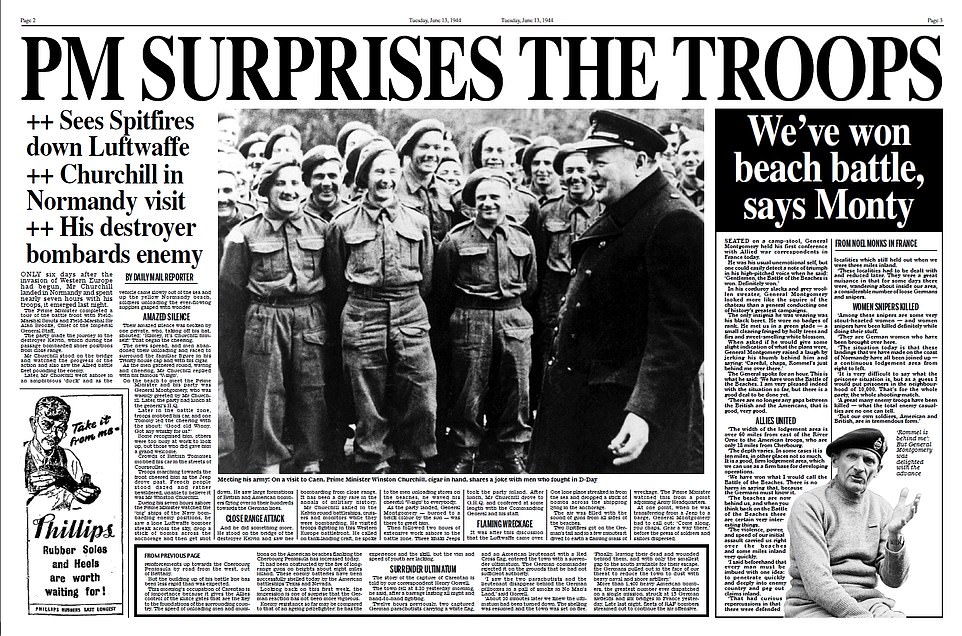 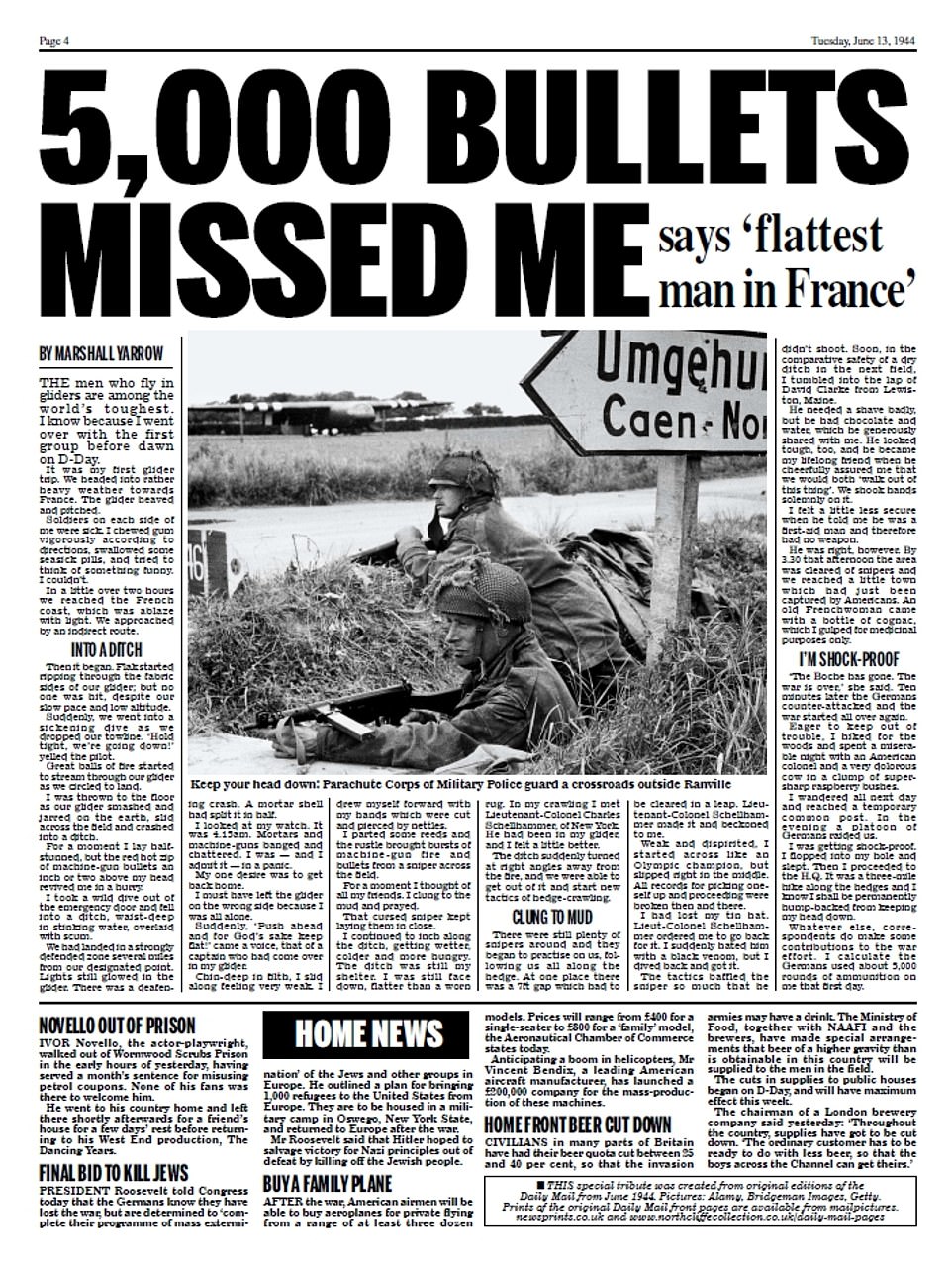 In the days following the Normandy landings, incredible tales of heroism and courage began filtering back from the frontline