They need a double dose: Vulnerable Australians may be left without powerful anti-COVID drug

A powerful drug that helps protect Australians with weakened immune systems from COVID-19 may be less effective if the federal government does not approve a double dose of the antibody.

Many Australians who are vulnerable to infections – including cancer sufferers whose immune systems are suppressed as part of their treatment – rely on regular injections of the long-lasting antibody cocktail Evusheld to protect them against COVID-19. 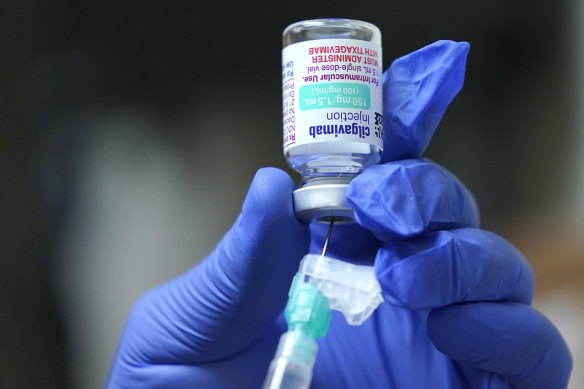 Evusheld contains a cocktail of antibodies that offer protection against COVID-19.Credit:AP

The drug’s sponsor AstraZeneca is aware of the problem: the company has applied to Australia’s drug regulator to double the dose to try to increase protection. However, government regulators have so far baulked at the billion-dollar-plus price tag.

“To me, COVID [is] trying to kill the weak – and I’m the weak,” said Holly, a healthcare worker with a primary immune deficiency. 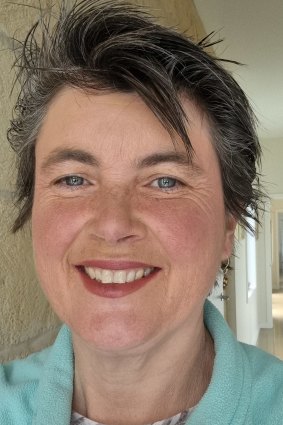 Holly, like many Australians with compromised immune systems, relies on Evusheld to help protect her from COVID-19.

She could not attend family Christmas last year. This year, with Evusheld’s protection, she is hoping to go.

“Evusheld is a brick in the wall that’s protecting me.”

Holly has had five shots of COVID-19 vaccines. But with her body struggling to generate antibodies, it is not clear how well vaccination protects her.

Vaccinated or not, immunocompromised people have a much greater risk of ending up in intensive care, or dying from the virus.

Evusheld replaces Holly’s missing antibodies with copies of antibodies taken from people who have already beaten the virus. The drug was approved after a large study in 2021 showed it cut the chances of symptomatic COVID-19 by 76 per cent.

But SARS-CoV-2, the virus that causes COVID-19, has continued to mutate. Just as it has unpicked our vaccine defences, it now shows signs of bypassing Evusheld’s protection.

A study uploaded to bioRxiv in October suggests Evusheld remains effective against BA.5, the dominant variant in Australia. But that efficacy drops dramatically against a range of other new variants including BQ.1, a variant that is growing in several countries including Australia. The study is not yet peer-reviewed, but other experiments have shown similar results.

“The results are not surprising. Viruses mutate all the time,” said Associate Professor Nial Wheate, a pharmaceutical researcher at the University of Sydney. “I would expect that all monoclonal antibodies would lose efficacy over time as mutations arise.”

Similar treatments have already had their authorisation pulled in the US after new variants made them obsolete.

Evusheld combines two antibodies, which will hopefully make it less vulnerable to new variants, said Dr Paul Griffin, director of infectious diseases at Mater Health Services and member of the AstraZeneca advisory board for the drug.

“It’s being watched closely. It will be a big issue for our most vulnerable if we do see widespread transmission of a variant for which this does not protect them.”

The end of Evusheld, if it comes, will not leave people with immunodeficiency entirely unprotected.

Many receive regular antibody replacement therapy, and a suite of antivirals would remain available. But it is one less line of defence in a society that has been loosening restrictions.

“This is of great concern for blood cancer patients,” said the Leukaemia Foundation’s head of research Peter Diamond.

He said a blood cancer patient, over the age of 60, hospitalised with COVID-19 had almost a 50-50 chance of death, and evidence suggested vaccination provided reduced protection.

The federal government committee charged with evaluating new drugs, the Therapeutic Goods Administration, has raised major questions about the cost of subsidising a double dose of Evusheld — which could exceed $1 billion a year.

The TGA is expected to make a decision in the coming weeks.