A panel of Russian propagandists became involved in a fiery debate over the Kremlin’s decision to invade Ukraine back in February. State-controlled media channels have pumped out hours of pro-war propaganda since the “special military operation” began, but the feud between the panellists has exposed a shift in the television coverage of the war. Divisions among the Russian pundits emerged after one former State Duma Deputy claimed the President’s advisors had “set all of us up” by encouraging Vladimir Putin to take on Ukraine. Another panellist denounced this judgement and declared the war must continue as negotiations are impossible with, what he described as “Zelensky’s Nazi regime”.

Speaking on Kremlin-controlled television, former State Duma Deputy Boris Zadezhdin said: “People convinced President Putin that the special operation will be fast and effective, we won’t strike the civilian population, we’ll come in and our National Guard, along with Kadyrovites, will bring things to order.

“These people really set all of us up. The President didn’t just sit there and think, why don’t I start a special operation

“Someone told him that the Ukrainians will surrender, that they will flee, that they’ll want to join Russia.”

Mr Zadezhdin formally served in the Russian Government as a State Duma Deputy which is an elected member of the lower house of the Federal Assembly of Russia. 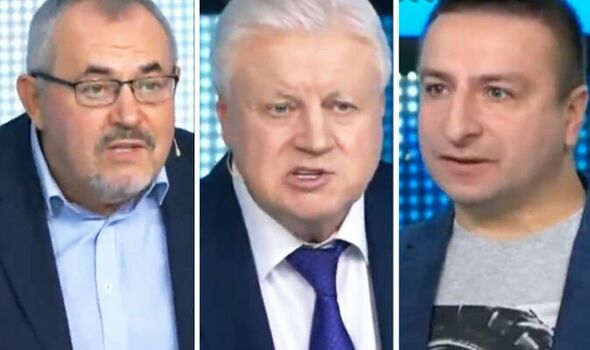 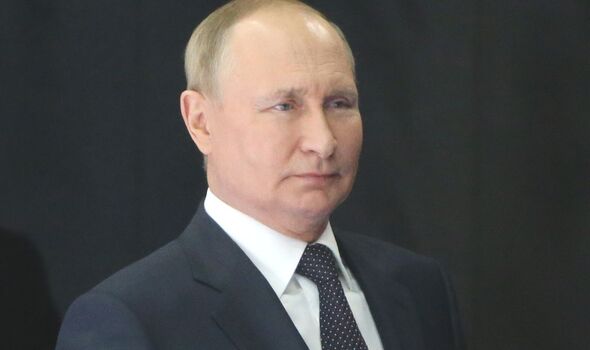 He continued on to level accusations against the media: “Someone had to be telling him all of this – they also said the same on TV.

“We’re now at the point when we have to understand: it is absolutely impossible to defeat Ukraine using those resources and colonial war methods with which Russia is trying to wage war, using contract soldiers, mercenaries, no mobilisation.

“A strong army is opposing the Russian army, fully supported by the most powerful countries, in the economic and technological sense, including European countries.”

The show’s host interjected to clarify: “Are you suggesting mobilisation?”

Mr Zadezhdin replied: “I’m suggesting peace talks about ending the war and moving on to dealing with political issues.” 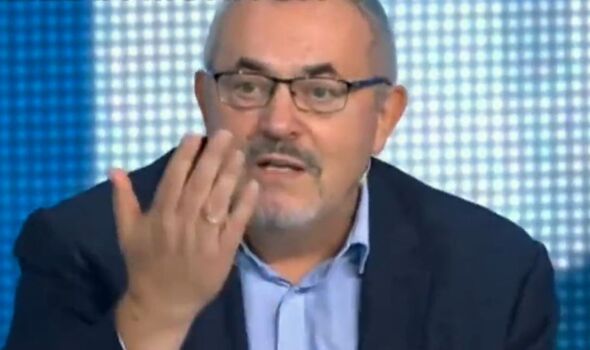 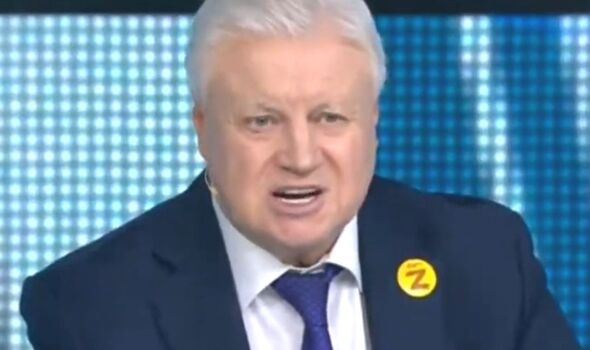 “There can’t be any neogitations with Zelensky’s Nazi regime, it has to be destroyed.

“Vladimir Putin said ‘we haven’t even started yet’, we’ll start when we need to, we don’t need mobilisation.”

Mr Mironov is the Chairman of the A Just Russia political party, a group considered to be strictly pro-Kremlin. 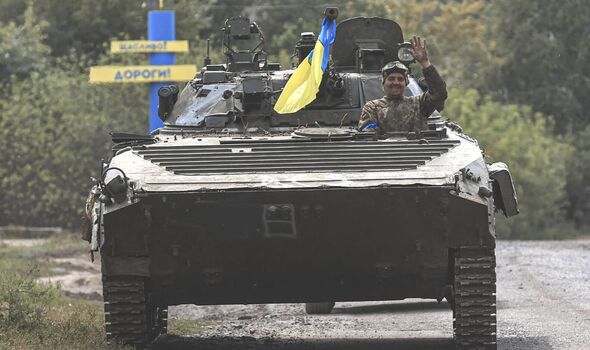 The panellists continued on to discuss the renewed Ukrainian counter attack on Russian controlled territories.

Political analyst Viktor Olevich said: “Our military intelligence should have predicted this!”

Mr Mironov again dismissed his concern and asserted his confidence in the Russian invasion: “War is war, you can’t predict everything.”

The argumentative scene on Kremlin television has revealed fractures in Russian support for the war at a pivotal moment in the conflict, as Ukraine begins to push back and reclaim Moscow’s occupied regions.