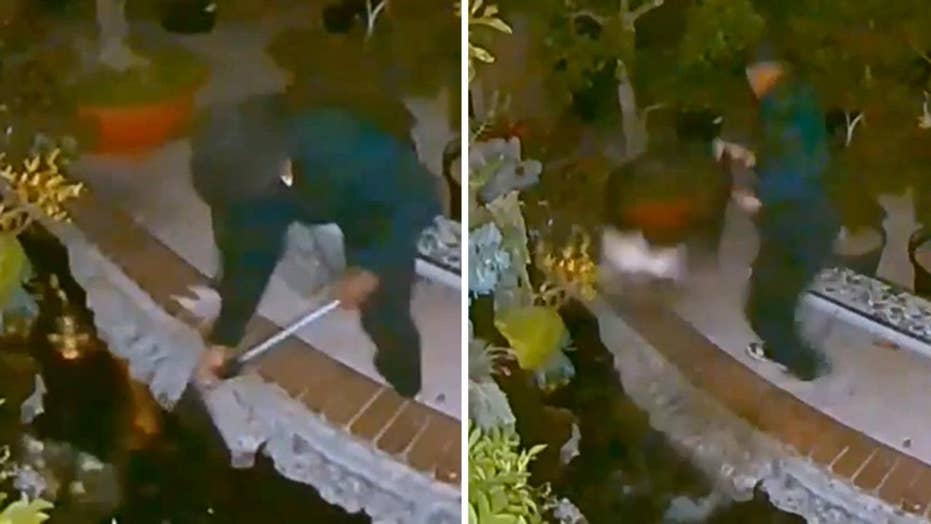 Raw video: Surveillance footage shows a man using a net to catch two koi fish, worth up to $10,000, from a family’s yard in Westminster.

A homeowner in California recently captured someone on camera stealing his pricey fish right from his front yard pond, the latest in a string of thefts from the Los-Angeles area community.

Home security footage shared to the free Neighbors app by Ring shows a man walking up to the pond with a net and catching two Koi fish before running away as the homeowner turns a light on.

This has been the fourth time the home has been hit by Koi thieves since November, KTLA reported.

During his Asia trip, President Trump visited Japanese Prime Minister Shinzo Abe in Tokyo. While feeding koi fish together, it appears Trump dumped out his entire box of fish food in front of Abe, but there’s more to the video than some in the media have revealed. Watch what REALLY happened.

A local business owner told KNBC-TV that his business was targeted over Memorial Day weekend.

"We reported it to the police and didn't get anything on it," Alan Tong told KNBC. "Frustrating? A little bit, because it's not the first time we got hit. It's been several times."

Koi can grow up to 3 feet in length and have an average lifespan of 40 years. They can, however, live to be over 100 years old, with the oldest-known koi living to the age of nearly 230, according to the Smithsonian's National Zoo.