Third Covid wave 'is likely to hit this summer'

Third Covid wave ‘is likely to hit this summer’: Boris Johnson’s roadmap is at risk as lifting of curbs brings fresh gloom from experts

Britain is ‘highly likely’ to suffer a third wave of Covid infections and deaths once all lockdown restrictions are lifted in the summer, Government scientists warned last night.

In a gloomy set of scenarios, the Scientific Advisory Group for Emergencies (Sage) said that hospital admissions could once again hit the levels seen in January.

The third wave of the virus is projected to peak in late July to early August. 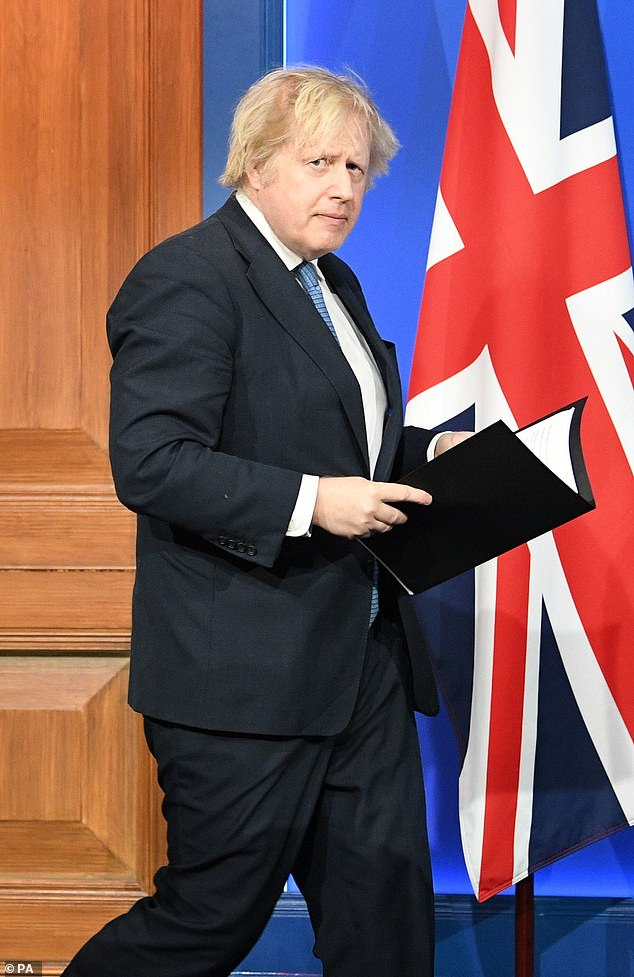 The modelling carried out by experts at three universities places in doubt the fourth and final step of Boris Johnson’s national roadmap, which is due to remove all legal restrictions on social contact from June 21 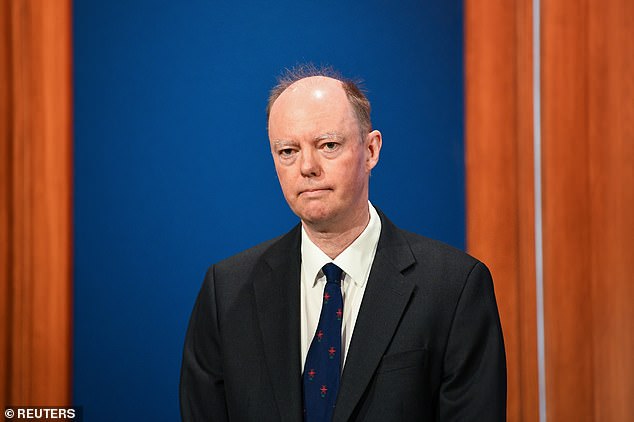 Professor Chris Whitty said: ‘We will have significant problems with Covid for the foreseeable future and I don’t think we should pretend otherwise’

The modelling carried out by experts at three universities places in doubt the fourth and final step of Boris Johnson’s national roadmap, which is due to remove all legal restrictions on social contact from June 21.

But it is also likely to trigger a fresh row over whether ministers should be guided entirely by such pessimistic predictions.

In papers made public last night, Sage scientists modelled the likely outcome of a return to some kind of normality, which begins next week with step two – the reopening of non-essential shops and businesses and outdoor hospitality.

While this, and further opening in stage three, are not predicted to have a great effect, it is the projected lifting of all restrictions in the final stage from June 21 that will lead to a third wave.

The document says the timing of the resurgence of deaths and hospital patients is highly uncertain and, in most scenarios, their peak will be below the height of the wave seen in January.

But the scientists add that ‘scenarios with little transmission reduction after step four or with pessimistic but plausible vaccine efficacy assumptions can result in resurgences in hospitalisations of a similar scale to January 2021’.

A senior Sage source said yesterday that, even with the national vaccination programme, a full return to normal life is not on the horizon. They said that if Britain was to return to the way of life and social contact we enjoyed in February last year, there would be a ‘big epidemic’.

This would still happen because some people – so far around five per cent – are choosing not to be vaccinated, while the jabs themselves are not 100 per cent effective against Covid, particularly with the rise of new variants.

While the vaccination programme has helped cause a sharp fall in the Covid toll in recent weeks, this would not be the case once lockdown is lifted in full.

The scientists produced a number of projections based on different assumptions of vaccine efficiency and public behaviour.

The scientific model suggesting hospital admissions could reach January levels comes from the London School of Hygiene and Tropical Medicine, based on an assumption that two doses of the AstraZeneca vaccine – by far the most widely-used in the UK – provide only 31 per cent protection against transmission and are 85 per cent effective against severe disease, including death.

While the vaccine is known to be more protective against symptoms, the 31 per cent figure is used because it is thought vaccinated people can still transmit the virus even if they have no symptoms.

The same scientists also have grave predictions about numbers of deaths if people move around a lot and mix freely with others.

The models from Warwick University and Imperial College London rate the efficiency of the AstraZeneca vaccine more highly, resulting in a prediction of fewer deaths and hospital admissions in the surge after June.

But even their best case scenarios, based on assumptions of very high vaccine efficacy, still lead the report to conclude it is ‘highly likely there will be a further resurgence in hospitalisations and deaths after the later steps of the roadmap’.

This can be reduced in scale, saving many lives, if a ‘baseline set of measures’ is kept in place.

These could include keeping on wearing masks in certain situations, avoiding crowds and continuing to think about hygiene.

One reason for the pessimistic forecasts is that delivery delays mean that around 500,000 fewer vaccinations a week will take place in July than initially planned.

Last October there was controversy when several ‘reasonable worst case scenarios’ from scientists were released, including one from Cambridge University and Public Health England that forecast more than 4,000 deaths a day in November without new restrictions being brought in.

A few days later Britain went into the lockdown from which it has not yet emerged.

In the event, deaths in November did not rise far above 600 in a day, before peaking at three times that number in January.

In last night’s Downing Street press conference, Mr Johnson continued to keep faith with his roadmap and insisted that life would not be too ‘onerous’ with regular testing.

He said: ‘If things continue to go well, I do think for many people in many ways, life will begin to get back to at least some semblance of normality.’

But Chief Medical Officer Professor Chris Whitty said: ‘We will have significant problems with Covid for the foreseeable future and I don’t think we should pretend otherwise.’