Thousands protest in Moscow after opposition barred from city vote 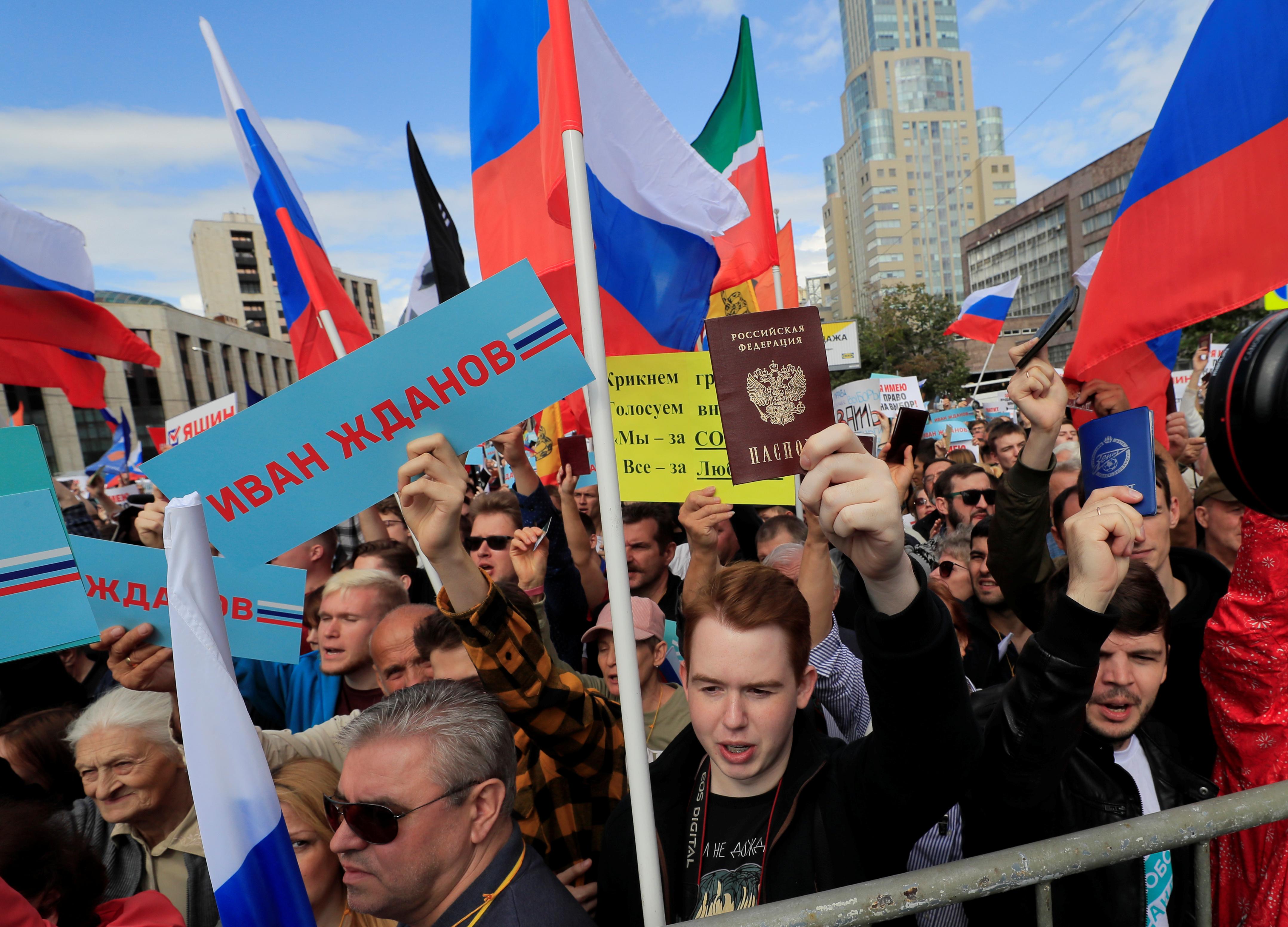 MOSCOW (Reuters) – More than 10,000 people took to the streets of Moscow on Saturday to protest against the exclusion of most opposition-minded candidates from an election for the Russian capital’s legislature.

Election officials barred around 30 candidates, mostly opposition-leaning, from running for the 45-seat legislature on the grounds they failed to garner enough genuine signatures from voters to qualify.

The barred candidates say they have secured the required number of signatures, but that they had been excluded because they were challenging the control over the legislature exercised by those loyal to President Vladimir Putin.

Police said around 12,000 people took part in the protests, while opposition groups said the figure was higher. Local authorities gave permission for the protest to go ahead, and there were no reports of any arrests.

The protesters, led by Alexei Navalny, the most prominent critic of the Kremlin, demanded the authorities allow opposition candidates to run in the Sept. 8 vote.

Protesters held placards with the inscriptions “I have the right to choose” and “Putin lies”.

Police detained more than 25 people last week in Moscow following a protest that had not been approved by the authorities.