Home » World News » Thunder: What causes thunder? Why is it so loud? Why do thunder and lightning together?

Thunder: What causes thunder? Why is it so loud? Why do thunder and lightning together?

Thunder and lightning are expected by the Met Office this week, as weather forecasters have set down yellow warnings for thunderstorms and rain. The recent warning comes after a warm weekend, where temperatures rose to 24C in the UK. Forecasters warn that although temperatures will remain high, the resulting humidity will cause storms. The Met Office said the resulting weather could cause a danger to life.

Thunder and lightning are linked to one another – you can’t have either of them alone.

The primary cause of thunder is the lightning itself after it has coursed through the air. 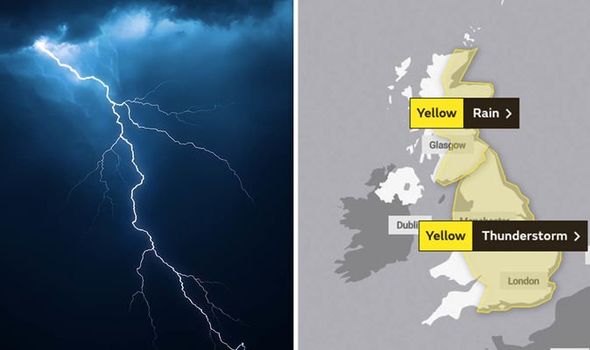 Lightning and thunder happen most frequently during the summer, as the core ingredients for a storm are moisture and warmth.

Humid conditions and high temperatures cause moisture to rise high into the air, where it collides with cooler temperatures in the upper level of a cloud.

Once these two conditions come together, the result is the development of a positive charge on the lower level of a cloud.

Warm moisture droplets are kept in a constant two and fro with ice crystals, which charges static electricity. 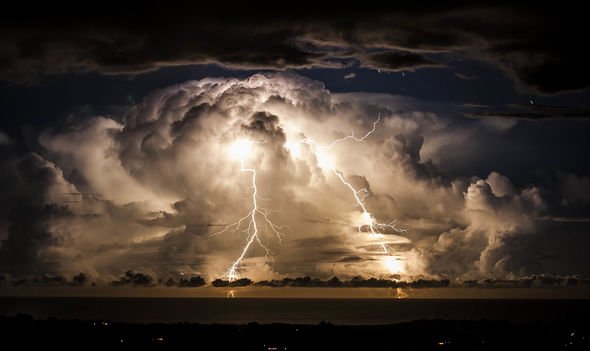 Electrons repulsed from the clouds as a result of the two atmospheric conditions arrive on the Earth’s surface, which negatively charges it.

When the charge at the bottom of the cloud gathers enough strength, it looses out energy in the form of lightning.

In the UK, where conditions are generally cooler and there is less energy for a storm cloud, lightning is often transferred between clouds. 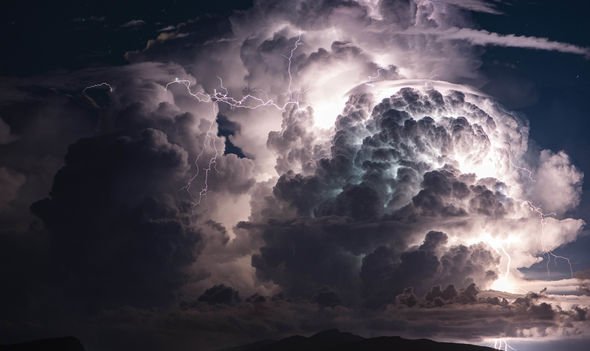 Thunder is a result of the lightning bolt’s path through the air within or outside the cloud.

When lightning trails it opens up a pocket in the air called a channel.

Once the light has passed through the air this channel then collapses in on itself, creating the sound wave we hear as thunder.

The reason lightning always comes before thunder is because light waves travel faster than sound.