The conveyor belt of Oxbridge graduates recruited to the BBC is set to end, the corporation’s director-general has signalled.

Tim Davie, who himself studied at Cambridge, said the broadcaster must stop recruiting solely ‘from a certain academic track’.

Mr Davie also said the BBC needs ‘modernising’ and must work to be less London-centric. 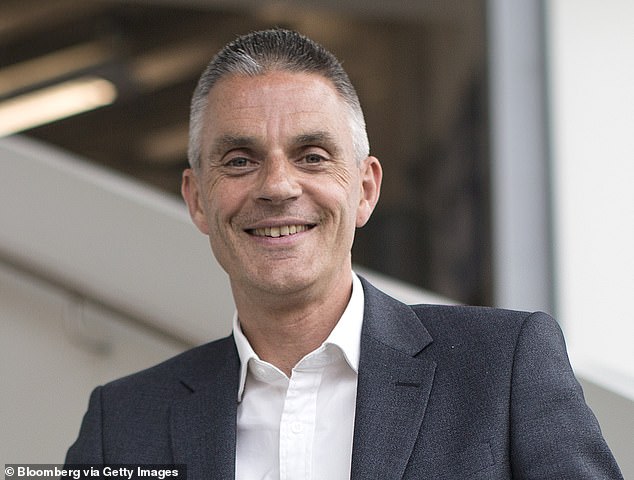 Tim Davie, who himself studied at Cambridge, said the broadcaster must stop recruiting solely ‘from a certain academic track’ at media regulator Ofcom’s virtual conference

Speaking at media regulator Ofcom’s virtual conference, Mr Davie, who started in the role last month, said ‘socio-economic diversity’ with ‘different voices’ was a big issue at the corporation.

He added: ‘It can’t be that we’re just taking people from a certain academic track. ‘We’ve got to have a broader sense of what intelligent reporting is.’

He added the BBC will recruit in a different way and look ‘more broadly’ across the UK to try to make viewers feel that they are represented.

It comes as ITV’s boss Carolyn McCall yesterday said women and LGBT people had achieved better representation in the media industry, and efforts on diversity should concentrate on black and disabled workers.

A BBC source said last night: ‘There’s a wider gene pool than the Oxbridge recruitment conveyor belt. It is about fishing in more than one pond. The BBC has recruited people in its own image.’

Mr Davie told the conference the BBC had to do more to connect with its viewers and needed to modernise to reflect the diversity of Britain.

He also said trust in the corporation grew over the last year, but added: ‘I get a sense in our research that there are certain people who do not connect with us.

‘That’s about out of London, it’s about programming choices, it’s about who speaks for us, who we put up in the newsroom.

‘All those things need modernising to represent what is a more diverse Britain.’

He said this was not just the ‘traditional’ concepts of diversity and explained: ‘I’m talking about how secure you feel in your life, how comfortable you are in terms of your community, all of that.’

He said he had ‘lit a fire on this’, adding: ‘We won’t recruit in the same way.’