A two-year-old boy who fell 38m (125ft) down an unused well in India has died after rescuers spent four days trying to reach him.

Fatehveer Singh fell into the well outside his house in the Sangrur district in Punjab state, north of New Delhi, on Thursday.

A parallel well was dug by officials to try and save the toddler. 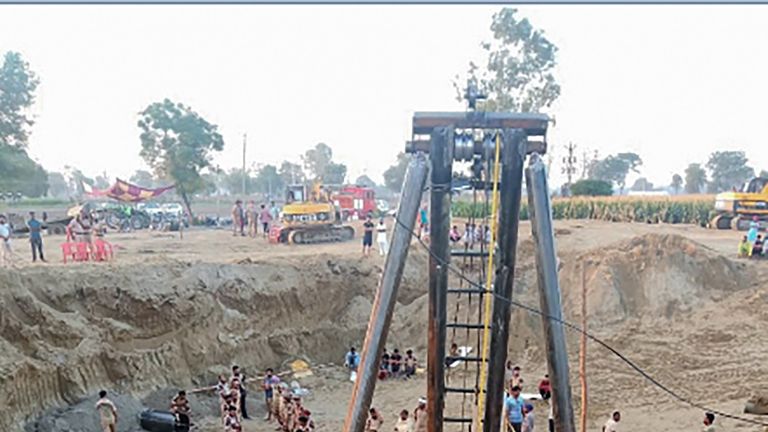 He was taken to a hospital in Chandigarh after being saved from the well, but was pronounced dead by doctors on arrival.

Protests took place over delays in reaching the little boy.

Such falls are common in India because the wells are left open.