Judges, top silks and legal academics have urged caution for Victorians looking to join hotel quarantine class actions launched against the Andrews government, saying they are unlikely to succeed.

The class actions, which are often spruiked as being worth billions, are among a barrage of lawsuits faced by the state government over its response to the coronavirus pandemic.

In all, there are at least 11 separate actions in Victoria related to COVID-19 losses, eight of which are being pursued against the Andrews government. 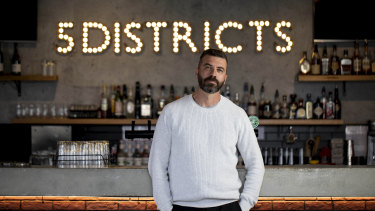 5 Districts NY owner Anthony Ferrara: “We are calling to account those who put us in this dire position.”Credit: Arsineh Houspian

Of those, two major class action lawsuits have been lodged against the government and senior ministers in an attempt to hold them responsible for retrenchments and financial damage caused by the imposition of lockdown measures to combat the spread of coronavirus.

The legal bids allege that the Andrews government’s mismanagement of the hotel quarantine scheme amounts to negligence, claiming that when COVID-19 escaped the hotels and infected people within the broader community, the resulting lockdown to drive down transmission, and the economic damage it caused, was foreseeable and the government’s fault.

Barrister Lachlan Armstrong, QC, who has practised in class actions for 25 years and was involved in all six Black Saturday bushfire class actions, said the cases would inevitably be drawn into an analysis of government policy and could fail on that basis.

“Courts tend to take the view that governments are elected to make decisions on behalf of the community,” he said. 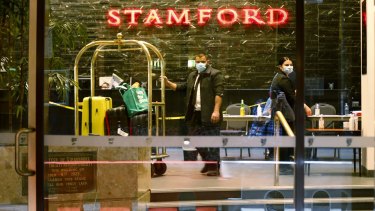 Masked workers inside the Stamford hotel during the quarantine program.Credit:Getty Images

“And when it comes to decisions about the allocations of public resources or policy responses to crisis, those are political decisions that should be left to the ballot box.

“The courts are reluctant to try to put themselves in the shoes of public health officials or ministers in determining how government powers should be exercised.”

Mr Armstrong said if a government was held responsible for this kind of policy response, it would be difficult for the court to "draw a line" regarding where their liability would end.

“If the argument is that the relevant state government actor, when making decisions about how to run the hotel quarantine program, should have foreseen that the wrong decision could result in an outbreak leading to lockdown restrictions, leading to an impact on particular businesses, then why would you stop at those businesses?

Mr Armstrong said another issue was that the cases claim “pure” economic losses, meaning financial losses not resulting from personal injuries or property damage such as a business premises being burnt down.

“The reasons for the court’s and law’s traditional reluctance to compensate for pure economic loss is where does the liability stop,” he said.

“I think the general public hears about class actions that are high profile, high value, and often hears most about them when the big ones settle. That tends to create an impression that every class action is a strong prospect.

“People shouldn’t be organising their affairs on any assumption that these cases will result in pots of gold.” 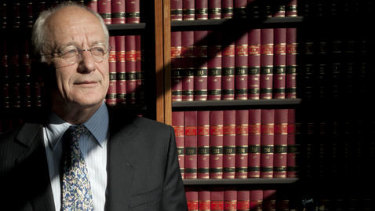 Former Federal Court judge Ray Finkelstein, who has worked on and adjudicated class actions when he was on the bench, said the claims could succeed but carry real risks.

“From the claimants' perspective, the claims have prospects of success but could be described as involving real, and known, risks,” he said.

Mr Finkelstein said that cases hinge on two key factors: does the government owe a legal duty of care to the plaintiffs, which he thinks at present they do not, and whether the number of people who have the right to compensation can be defined.

“In each of these areas indeterminacy could be a real barrier to success. In part this is because each area is still legally unsettled.”

Documents filed in the Supreme Court in August claim the government acted negligently because it failed to ensure that hotel security guards had access to and knew how to use personal protective equipment, and that they weren’t adequately trained to protect against the risk of community transmission of COVID-19 from returned travellers.

The two cases say that anyone retrenched in Victoria, or whose Victorian business has lost revenue due to the lockdowns, may be eligible for compensation, and lists Victorian Jobs Minister Martin Pakula and former health minister Jenny Mikakos, and their department secretaries, as defendants.

Damian Scattini, a partner at Quinn, Emanuel, Urquhart & Sullivan who is managing the business class action, said his litigation would not be drawn into challenging government policy. 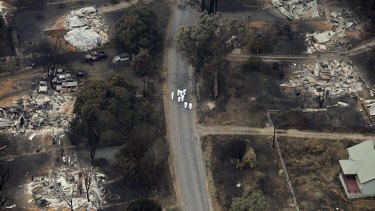 "We’re not criticising the government for the hard lockdown – that policy is a matter for them and it’s not our place to criticise. But if you do hotel quarantine, you best do it reasonably competently, or you’ll be called to account," he said.

Managing partner of Carbone Lawyers, Tony Carbone, who is managing the litigation on behalf of retrenched workers, said the decision by the Victorian government to forgo using Australian Defence Force personnel to guard hotels amounted to gross negligence.

Melbourne Law School lecturer Brad Jessup agreed with statements urging caution, saying courts have historically found that the government doesn’t have a duty of care in situations where people have incurred financial losses due to policy decisions.

“If you lose your house, that’s something they prioritise more than losing your income,” he said.

“For good or bad, sometimes the law is used as a tool for putting pressure on the government to change policy or to do something.”

He also said that estimates of billion-dollar damages being awarded by the court would not approach that amount.