For a few years now, the principal of Melbourne’s Xavier College, William Doherty, has wanted to do something meaningful beyond apologising to students whose lives have been irreparably damaged by sexual abuse perpetrated at the school in the past.

But with the involvement of lawyers, insurers and religious orders desperate to minimise damage and bad publicity, Xavier had, at times, been “stuck in a culture of fear”, Mr Doherty said. This had stopped it connecting with and supporting former students who have suffered. 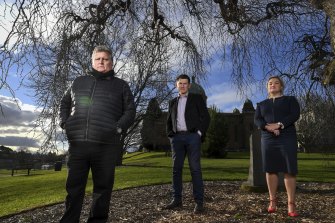 Now the principal wants that to change and instead to “own” its past. This weekend Mr Doherty will announce to the broader Xavier community – among the best-connected and most influential networks in Melbourne – that they will have access to counselling and support services from the In Good Faith Foundation, an independent support organisation for sexual abuse survivors.

“It is our hope that, by … working in trust and partnership with an external party and where there is a mutual desire to care for people who have been hurt through abuse, we can best care for those Old Xaverians who may be living with the scars of abuse,” he said.

Some of Melbourne’s most prestigious schools have been paraded through the courts in the past few years and parted with multimillion-dollar payouts after former students have sued for past wrongs. Recent changes to Victorian legislation to remove the statute of limitations in sexual abuse cases and allow previous deeds of release to be set aside if compensation amounts are deemed unfair has given rise to eye-watering compensation and lost-income payments to former students.

In May, lawyer Michael Magazanik, a partner at Rightside Legal, helped a former Wesley College student win what is believed to be a record Victorian payout of $3 million plus costs for his repeated abuse by a teacher and a counsellor in the 1970s. The case was settled on the third day of a Supreme Court trial.

“These are lifelong communities that continue on through families, marriages, business, sports. You feel guilt, shame and isolation.”

Weeks later, Wesley College had Australian of the Year Grace Tame, a sexual abuse survivor and advocate, address the school’s staff and implored them to listen carefully to their students.

A number of schools, including Geelong Grammar and Trinity Grammar, have accepted responsibility for past failings and established new policies to better protect students. Trinity joined the National Redress Scheme in 2018 and headmaster Phil de Young has also unreservedly apologised to students and parents for the school’s failures. The school last year paid out more than $1 million to a former boarder who was abused in the 1970s.

Geelong Grammar under principal Rebecca Cody’s leadership has formed a recognition committee which includes survivors of abuse to help guide the school’s response to claims and now employs a sexual abuse liaison co-ordinator.

“There definitely is in some schools a clear change in attitude,” Mr Magazanik said. “You can divide them into two categories: there are those continuing legal trench warfare and aggressively fight every case, while others have emerged blinking into the 21st century and recognise that nuclear weapons at 40 paces does them no good.” 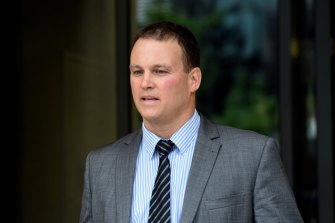 Fighting and losing legal cases was “becoming a matter of reputational damage in what is an extremely competitive marketplace [for private schooling],” Mr Magazanik said.

“Some school leaders are accepting that the right thing to do after decades of bullying survivors is to actually practice the values they preach.”

Another plaintiff lawyer, Judy Courtin, said: “I totally commend what is happening at Xavier and other schools. But the problem is the second there is litigation, the gloves are off and it’s a dirty, dirty fight.”

Dr Courtin said religious organisations behind the schools and their insurers still too often re-contested claims of abuse which had already been well established, drew out the legal process to increase costs, threatened to appeal adverse judgements and delayed settlement offers until the eve of a trial or days into during proceedings.

The Victorian Education Department has also been accused of heavy-handed legal tactics in cases involving government schools. This is despite the department being bound by “model litigant” guidelines under which it is meant to pay legitimate claims without litigation or delay.

Many survivors have found the Jesuit religious body behind Xavier, the Society of Jesus In Australia Limited, difficult to deal with.

But Melbourne businessman Richard Jabara, an Old Xaverian who was sexually abused at school and is now an ambassador for the In Good Faith Foundation, said the establishment of a support network would help former students who were yet to tell their stories.

“One of the things about Xavier and a lot of the other private schools is that these are lifelong communities that continue on through families, marriages, business, sports. You feel guilt, shame and isolation about what happened to you and you fear what might happen if you are seen to shit-can your school,” he said.

“So for the school to be saying it is OK to bring this out into the open is something I support 1000 per cent.”

Mr Jabara was the catalyst for a permanent memorial to be placed at Xavier’s senior campus in Kew in 2015 to acknowledge the victims of abuse.

Xavier’s Mr Doherty told The Age that although legal recourse was an entirely appropriate avenue, schools could not control it, and for survivors it was often a difficult and lonely journey.

He wanted to establish a safe place for those who suffered to “unpack and resolve their trauma and pain” without having to be re-traumatised by attending the school premises where their abuse might have occurred.

In Good Faith chief executive Clare Leaney said there was “no wrong door” for any Old Xaverian to walk through to get help. Ms Leaney said as well as getting a sense of justice, many abuse survivors wanted to end their isolation from their school community.

Under the Xavier model, In Good Faith will be available to help young and old Xavier students with mental health support, to navigate the legal system, liaise with police and deal with financial, employment and housing problems.

An accredited provider of services under the federal government’s National Redress Scheme, In Good Faith helps about 600 clients across Australia. It will be available to past and present Xavier students even if they are involved in litigation with the religious order responsible for the school.

Mr Magazanik and Dr Courtin also said it was incumbent on plaintiff lawyers to bring more matters to trial so the courts and the public could properly understand the extent of the damage that has been done.

“We are talking about the only category of injured person that has had to wait decades to be heard in court,” Mr Magazanik said.

The fallout saw the school’s principal, Stephen Russell, and dean of sport, Luke Travers, depart. Earlier this month, Mr Russell’s successor, Deborah Barker, released an independent review of the school’s culture which found misogynistic attitudes and sexist language were still a problem 18 months after the Paris Street case became public and a video recording surfaced of St Kevin’s boys singing a sexist chant on a tram.

Mr Magazanik said some schools with troubling histories of dealing with sexual abuse had recently appointed women to senior leadership positions, such as Ms Barker at St Kevin’s and Rebecca Cody at Geelong Grammar, who has established a recognition committee to help guide the school’s response to abuse cases and employed a survivor liaison co-ordinator.