The Conservatives are set to lose 800 council seats at next month’s local elections as the Tories were warned Labour’s Sir Keir Starmer is on course to enter Downing Street at the next general election.

According to new polling, the council and local authority contests on 5 May will see a 5% swing to Labour away from the Tories.

This means Labour are on course to gain about 800 councillors and control of around 20 councils.

Both Barnet and Wandsworth in London are also set to be seized by Labour, the polling by Electoral Calculus and Find Out Now suggested.

A Tory loss of Wandsworth to Labour would prove a seismic result, as the London borough was famously Margaret Thatcher’s favourite and has been a flagship Conservative council for more than 40 years.

It was the first council to introduce Thatcher’s right to buy scheme for council house tenants.

Tory control of the council has seen Wandsworth viewed as a pioneer of outsourcing local services and famous for its ultra-low council tax.

The polling predicted Boris Johnson’s Tories are set to lose 800 councillors next month, although they may only lose control of a few councils.

They could even gain councils such as Elmbridge, Havering, Pendle, Vale of Glamorgan and Worcester, the study found.

It was suggested that such a result would be disappointing for the Tories but not catastrophic and not indicative of a meltdown in Conservative support. 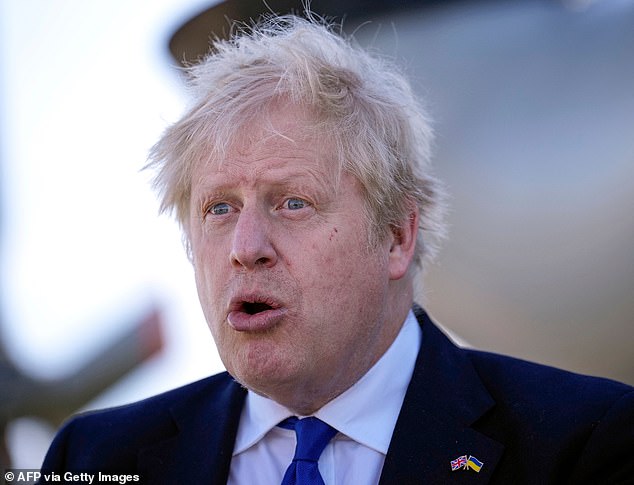 New polling predicts Boris Johnson’s Tories are set to lose 800 councillors next month, although they may only lose control of a few councils 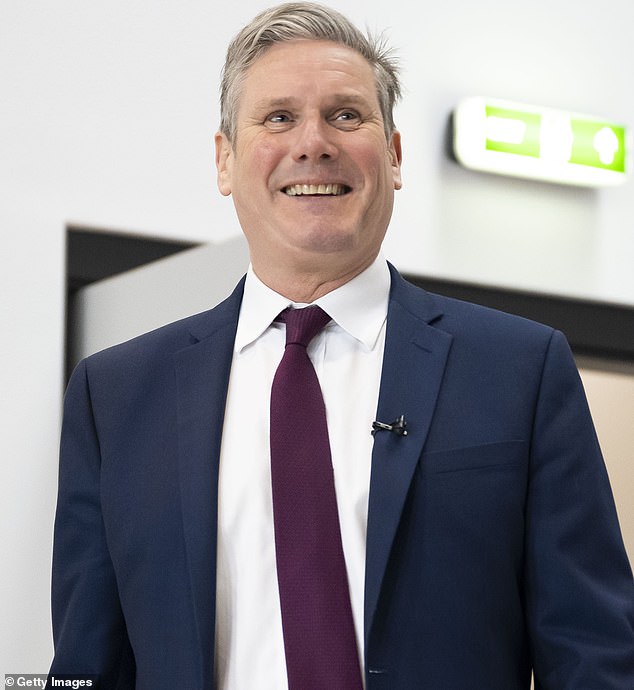 Elsewhere, the polling found the Liberal Democrats are set to gain the new single unitary authority in Somerset, while Plaid Cymru would gain Carmarthenshire, Ceredigion and the Isle of Anglesey.

The Prime Minister has been warned that a Tory humiliation at the local elections would further imperil his position in Number 10, following the Partygate scandal.

However, should a huge backlash from voters at Covid rule-breaking in Downing Street not arise, it would help Mr Johnson shore up his position as Conservative leader ahead of the next general election.

Yet, the pollsters warned that their survey was conducted before the PM and Chancellor Rishi Sunak were revealed to have receieved police fines as part of Scotland Yard’s Partygate investigation. 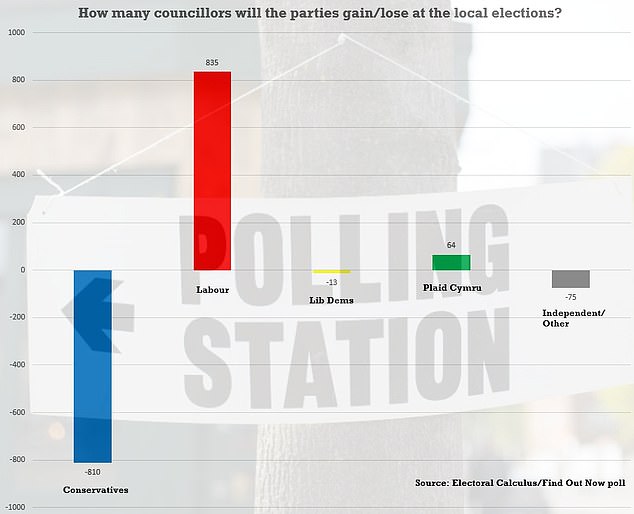 The new polling forecast the Tories would lose 810 council seats, while Labour would gain 835. But this would not be a ‘catastrophic defeat’ for the Conservatives 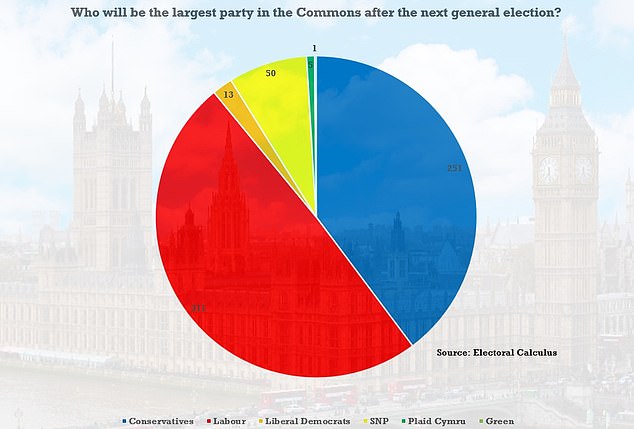 Tory hopes of winning the next general election will be dampened by a separate forecast from Electoral Calculus – based on different polling – that found Sir Keir could replace Mr Johnson as PM when seats in the House of Commons are next decided.

Their analysis found that Labour is on course to be the largest party in Parliament after the next election with 311 seats, although this would leave them short of a majority.

This would likely lead to Sir Keir being PM as the head of a minority Labour government, which would probably be supported by the Lib Dems or the SNP.

If Labour needed SNP support, the price could be another independence referendum in Scotland.

Bookies’ Coral have put the Tories as odds on not to win a majority at the next general election, priced at 2-5. 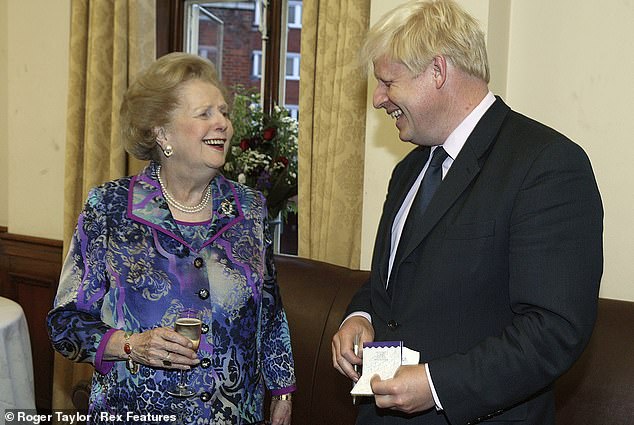 The Tories could lose Wandsworth under Boris Johnson’s watch. The council was famously a favourite of Margaret Thatcher (pictured with Mr Johnson in 2008)

For their local elections polling, Electoral Calculus and Find Out Now asked more than 12,000 residents of district and unitary councils in Britain for their voting intention on 5 May.

The polling was conducted between 4 and 8 April.

Martin Baxter, CEO of Electoral Calculus said: ‘If the actual results are similar to our predictions, then Boris Johnson will be spared new backbench pressure to unseat him.

‘Although the Conservatives will lose some ground in these local elections, it doesn’t look like a catastrophic defeat, and that is a good result for them after their poor poll ratings post-Partygate.’

Nick Fox of Find Out Now said: ‘We’re expecting the results to confirm the headway that Starmer has been making in the polls, but the council gains we have predicted for Labour haven’t translated to Conservative losses, so it’s not a result that will give Johnson any real unrest.

‘Whether this is the end of the Partygate scandal or we are seeing its effects temporarily diffused by the conflict in Ukraine remains to be seen.’