Tory councillor, 41, who was one of the first in Britain to be arrested under new ‘upskirting’ laws after taking indecent pictures of a woman in a branch of TK Maxx walks free from court 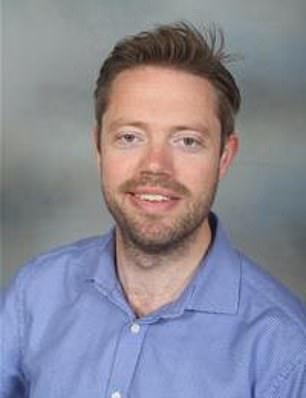 Lee Hawthorne, 41, who was a member of Gloucester City Council,  pleaded guilty to voyeurism and attempted voyeurism earlier this month

A former Conservative councillor who was one of the first people in Britain to be arrested under new ‘upskirting’ laws has avoided prison.

Lee Hawthorne, 41, was a member of Gloucester City Council when he took indecent pictures up a woman’s skirt in a TK Maxx store in June 2019 – just two months after ‘upskirting’ became a criminal offence.

Following a police investigation, the father-of-two was arrested in July 2019 and resigned from Gloucester City Council in April 2020.

Subsequent investigations of his computer equipment revealed Hawthorne had also secretly filmed another woman in an office in April 2019.

He was also given a two-year community order with 300 hours of unpaid work and 30 days’ rehabilitation.

The court heard the first offence took place at a TK Maxx in Northgate Street, Gloucester, on June 27, 2019.

CCTV taken from cameras inside the store showed Hawthorne follow his victim and crouch down twice behind an aisle of clothing to film underneath her skirt.

His victim, who has automatic anonymity under the Sexual Offences Act, bravely spoke out following Hawthorne’s sentencing.

The woman said: ‘That incident and his subsequent denials and lies have made me question my trust in others. 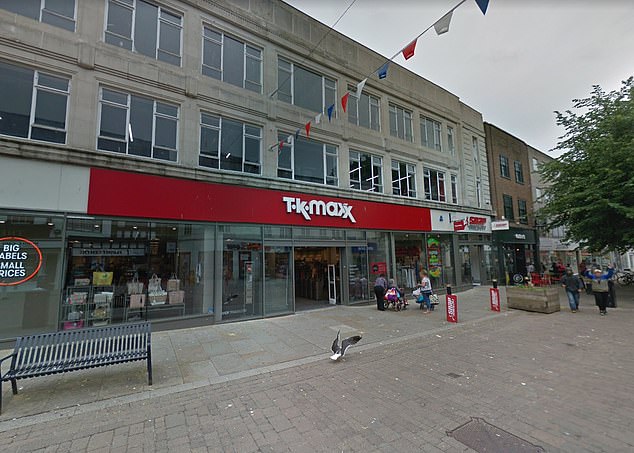 One of the incidents took place at a TK Maxx in Northgate Street, Gloucester, in 2019 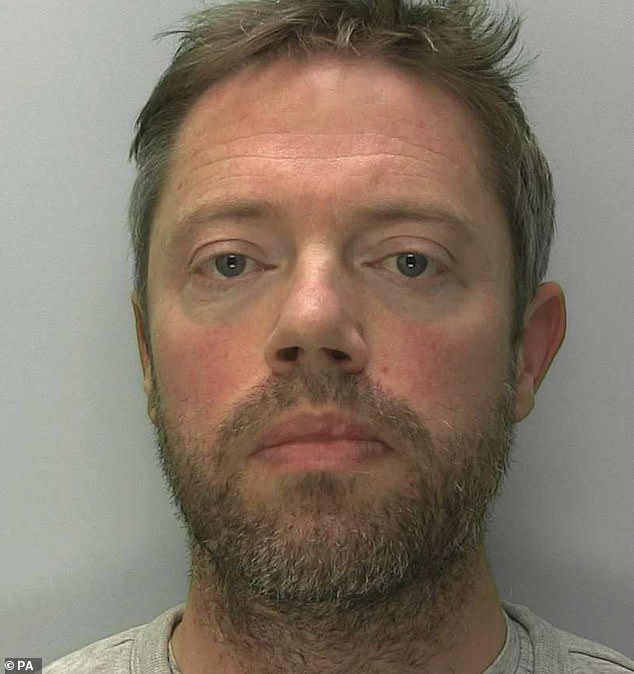 ‘It has made me feel very anxious, disrupted my sleep and has given me concern about my mental health.

‘Since [the officer] showed me the video I have been tearful and experienced several attacks of anxiety and very low mood, driven by the negative thoughts and feelings of this crime.

‘I am worried about the affect this incident will continue to have on me, my family, and my work in the future and have had to take time off work due to the impact of his actions.’

Describing the incident, Ellen McAnaw, prosecuting, said: ‘The defendant sees her and almost immediately removes his phone from his pocket.

‘Police investigations show he is now turning on his camera and he takes another mobile phone out and covers that phone in order to conceal what he is doing.

‘He is seen to crouch down twice behind her and that’s the point she sees him on the floor, arm outstretched towards her legs, and forms the opinion that he was attempting to take a photograph up her skirt.’

The second victim also spoke of her disgust at her privacy being invaded by Hawthorne.

‘When I was shown the video I suffered a huge amount of shock and distress. It is clear he had committed a very personal invasion of my privacy,’ she said.

‘Upskirting’ is is a colloquial term referring to the action of placing equipment such as a camera or mobile phone beneath a person’s clothing to take a voyeuristic photograph without their permission.

It became a criminal offence in April 2019.

As part of his sentence, Hawthorne was ordered to carry out 300 hours of community service and take part in 30 days of work with probation to address his offending. 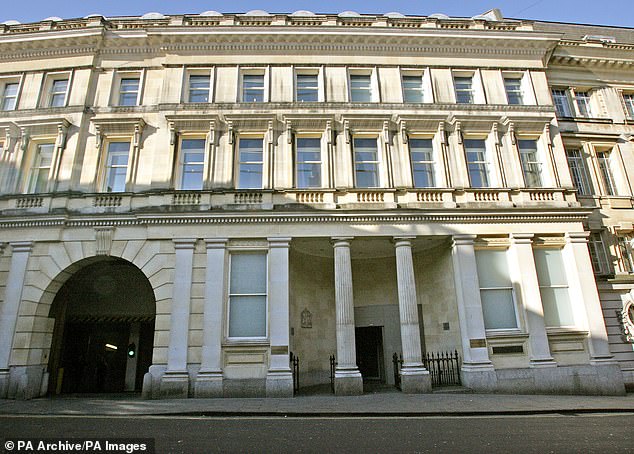 He was also placed on the Sex Offenders Register and, following a Sexual Harm Prevention Order application by officers,  and will have to submit to any police request to check his technology devices for the next seven years.

The victim from the TK Maxx incident was awarded a High Sheriff’s Award of £300 for her actions and both women read out victim impact statements at court.

Detective Constable Aaminah Motara, the officer in charge of the case, said: ‘The victims in these cases have shown incredible resilience throughout the lengthy investigation.

‘I want to say thank you to them for their bravery in being prepared to testify at court.

‘Upskirting is a new sexual offence but its impact can be long lasting and should not be underestimated.

‘The effects can be wide ranging and varied, from the initial feeling of violation to long term mental health issues which nobody should have to experience.

‘If you think you have been a victim of a sexual offence please remember to call us as we are here listen and investigate.

‘Our officers are specially trained and we can provide you with support to help you get through the whole process.’

Passing sentence, Judge Martin Picton said: ‘The harm you did your victims is obvious and should cause you to feel deep shame because you wronged them very badly.

‘It is difficult to understand how anyone could behave in the way that you did. It was deeply awful behaviour that is still resonating on your victims nearly two years later.’

Hawthorne was elected as a Conservative city councillor in May 2016 but subsequently suspended from the group after his arrest.

He continued to sit as an independent councillor until his resignation in April 2020.

What is upskirting? And what is the law around the offence?

Upskirting is a new offence which applies to the invasive practice of taking an image or video up somebody’s clothing in order to see their genitals, buttocks or underwear.

While the vast majority of known cases involve men targeting women, the roles can be reversed.

There was no specific upskirting offence in England and Wales until April 12, 2019 when a new law came into force.

Offenders now face up to two years in jail, with the most serious put on the sex offenders’ register.

What does the new law say?

The Voyeurism Act allows upskirting to be treated as a sexual offence and ensure that the most serious offenders are placed on the Sex Offenders’ Register.

It will capture instances where the purpose is to obtain sexual gratification or cause humiliation, distress or alarm.

This includes instances where culprits say images were just taken ‘for a laugh’ or when paparazzi are caught taking intrusive images.

What sort of sentence could a convicted upskirter receive?

A conviction at magistrates’ court would carry a sentence of up to one year in prison and/or a fine.

A more serious offence, tried in the crown court, would carry a sentence of up to two years in prison.

Police are now able to arrest and charge people on suspicion of upskirting.

What about pictures or images taken before the law came into force?

However, older images could still fall foul of other laws, such as outraging public decency.