A scandal-plagued Tory MP is facing a ban from the House of Commons after making a grovelling apology to MPs for bullying staff and then almost immediately retracting it.

The Commons Standards Committee has recommended Tory MP Daniel Kawczynski should be suspended from the Commons for one day after he was found to have breached rules for MPs over an apology he gave over an earlier breach of the rules.

He had ranted at parliamentary staffers when he could not join a virtual meeting, then made baseless complaints about them when drunk.

But he admitted on the same day as his apology that he did not mean it and was only going through the motions to avoid being suspended from the House.

That prompted a new inquiry into his behaviour. 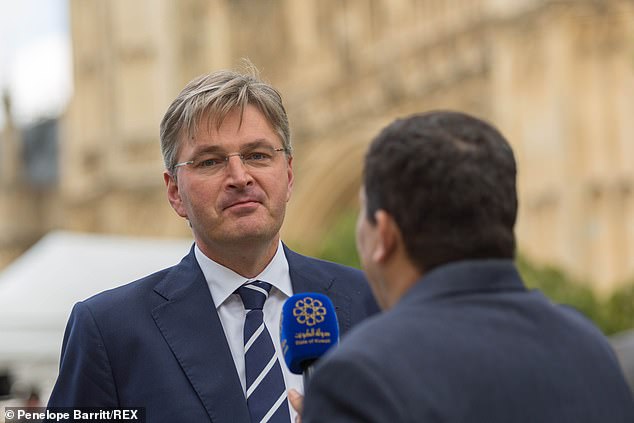 Kawczynski apologised in the Commons for bullying staff, but on the same day gave media interviews indicating he only said sorry to avoid being suspended 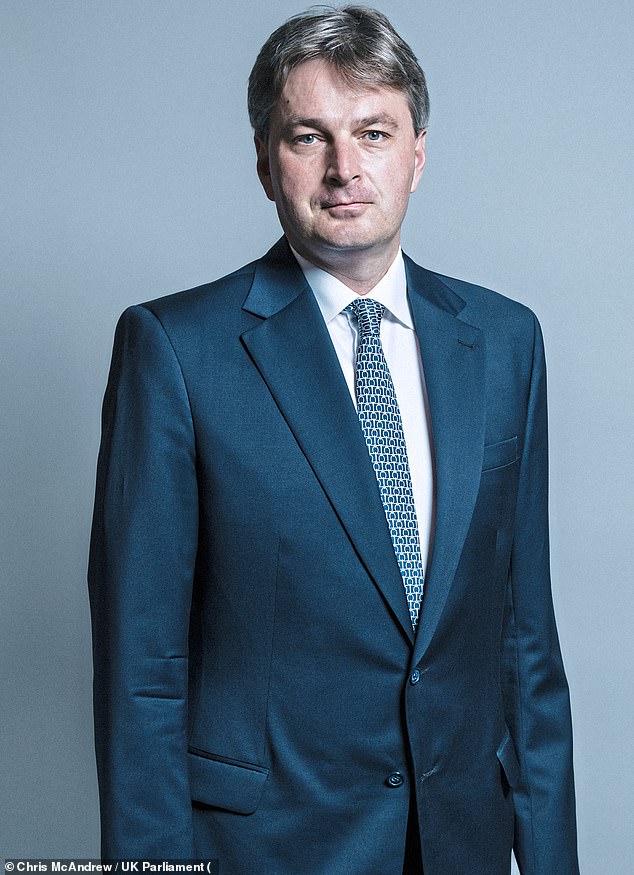 In June last year, Mr Kawczynski was found to have acted in a ‘threatening and intimidating manner’ towards the complainants after he was unable to join a committee hearing due to technical problems

In June last year, Mr Kawczynski was found to have acted in a ‘threatening and intimidating manner’ towards the complainants after he was unable to join a committee hearing due to technical problems.

But the committee found that interviews he gave with local radio and a newspaper before he made the required statement in the Commons meant he had failed to comply as the apology was not ‘unequivocal’.

In the latest report published on Thursday, the committee said: ‘Mr Kawczynski’s actions caused significant damage to the reputation and integrity of the House of Commons as a whole. His actions also undermined the ICGS (Independent Complaints and Grievance Scheme) and risked causing further harm to the complainants in his original case.’

Mr Kawczynski hit the headlines last year when Mailonline revealed he had billed the taxpayer almost £22,000 for Polish lessons.

Since 2016 Mr Kawczynski, MP for Shrewsbury and Atcham, has racked up £21,997 of lessons, according to the figures from parliament.

In 2019 he described himself as an ‘almost fluent Polish speaker’ and said he was using the skill to encourage Warsaw to block an extension of the Brexit Article 50 period.

In their report today the committee said that a complaint had been made after the MP gave interviews to the BBC and Mirror newspaper last June in which he identified the complainant and ‘failed to comply with the recommended sanction which required an ”unequivocal” apology’.

‘Although he says he was sincere by the time he made the apology to the House, he had that morning effectively undermined the sincerity of that apology by broadcasting the fact that he was making it because he was required to do so and he disagreed with the way the case had been conducted,’ the committee said.

‘Mr Kawczynski also broke confidentiality requirements by speaking to Radio Shropshire about the content of the report before it was published and identifying complainants’ job descriptions on nine occasions in his radio interview.’