Tory MP picks up second job… and a £50k pay rise: Ben Bradley takes up role as council leader alongside his duties as the local MP

A YOUNG Tory MP will rake in a six-figure salary after he was elected to a second job as a council leader.

Ben Bradley, 31, will be the new leader of Nottinghamshire County Council alongside his role as Mansfield’s MP. 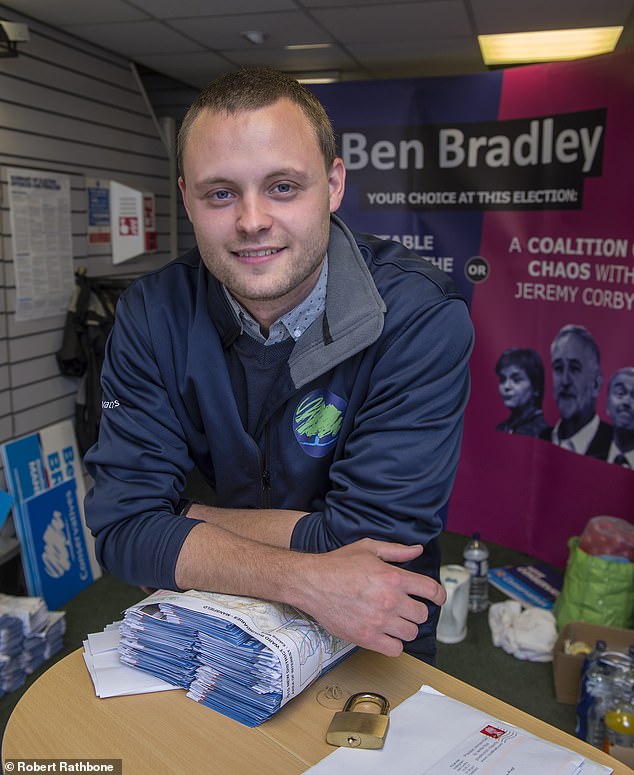 Ben Bradley (pictured), 31, will rake in six-figure salary after he was elected to a second job as he will be the new leader of Nottinghamshire County Council alongside his role as Mansfield’s MP

Anna Soubry, a former MP in Nottinghamshire, yesterday said it was ‘wrong’ for Mr Bradley to take on both roles.

She said: ‘Being the leader of a county council is a full-time job.

But Mr Bradley is not the first politician to hold two elected roles at the same time.

Labour’s Dan Jarvis is mayor of the Sheffield City Region whilst remaining MP for Barnsley Central – although he donates his mayoral salary to good causes.